‘The Dry’: A Gripping and Incendiary Slow Burn Thriller 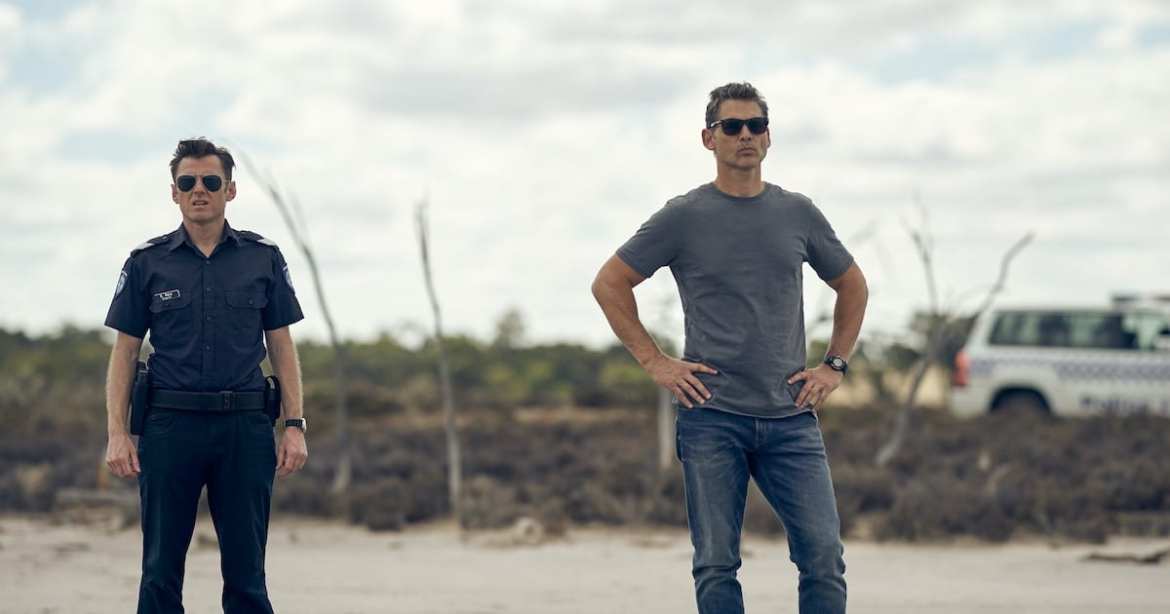 A horrific crime, locals thirsty for vengeance. When Federal Agent Aaron Falk returns to his remote, drought-stricken hometown in the Australian outback to go to the funeral of a friend, he’s roped into solving a case that may not be as simple as it appears on the surface. All the while, trauma and suspicions about his past simmer beneath the surface involving the unsolved death of a teenage girl.

So far, so familiar right? Director Robert Connolly’s, The Dry certainly doesn’t break any narrative mold, yes it’s another murder mystery in which a city-dwelling outsider visits a small town where everyone is a suspect. The film can certainly be compared to its contemporaries such as Top Of The Lake, The Girl With The Dragon Tattoo, Sharp Objects, and The Kid Detective, but to say that it adds nothing new to the sub-genre would be unfair. In fact, The Dry, with its unique setting in an arid, forest-fire-prone Australian wilderness, is a propulsive thriller that grips you from the opening sequence and slowly tightens its hold from then on.

Stefan Duscio’s (The Invisible Man) cinematography is striking. Aerial shots depict vast dusty landscapes with an ominous and intimidating air, sooty whirlwinds forming in the once green pastures as the irritable and sweat-dappled townsfolk slowly lose their patience. The juxtaposition between a recent past of river-soaked playful youth and the dehydrated, unforgiving scorch of desert that lays bare the true cynicism of its inhabitants is beautifully conveyed. 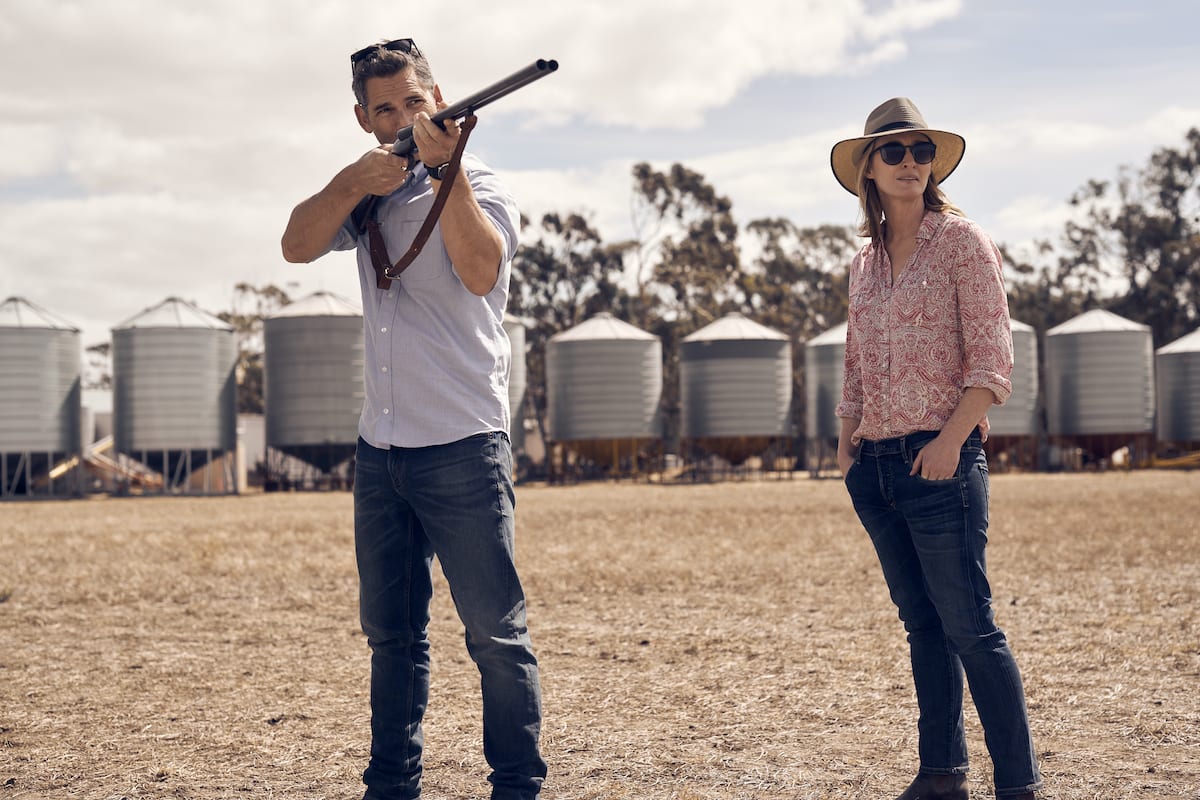 Despite some slightly jarring aesthetic choices with the odd jump cut here and there, Alexandre de Franceschi (Lion) and Nick Meyers’ (Sweet Country) editing is perhaps the star of the film establishing an involving, smooth, and energetic rhythmic pace that pulls you in from the very beginning. Their incorporation of flashbacks, sensory and naturalistic, is a huge part of what makes the film work and it’s clear from the outset that you’re in the hands of very capable visual storytellers.

Eric Bana makes for a strong and convincing lead as Aaron after a career dry spell (pun somewhat intended). His protagonist is intriguingly flawed, his tortured past a mystery we unfold throughout the narrative rather fittingly like one would tear through a page-turning thriller (the film being adapted from a Jane Harper novel). Aaron’s inner conflict between a valiant man of the people and what the locals believe is his true dark side is nicely conveyed. The connection between him and the local sergeant, Greg (Keir O’Donnell — American Sniper), so traumatized by the crime he’s investigating, is affecting and the two have a good contrasting dynamic. A moment when they meet and Greg shows him the crime scene is affectingly punctuated by Aaron’s appeal for him to continue his therapy sessions.

The characters are very keenly observed — we fully believe these are people battered and bruised by life and carrying the scars in their everyday interactions. Supposed antagonists are well-rounded and even the most despicable characters have clear wants and needs that inform their decisions beyond the typical two-dimensional characters so often seen in the genre. A real standout in the supporting cast is Grant played by Matt Nable (Hacksaw Ridge). He vacillates fascinatingly between intimidating, detestable, and hurt and is captivating to watch spar with Bana on screen. Similarly, Genevieve O’Reilly (Rogue One, The Matrix Reloaded) is given agency and intriguing character intentions beyond that of a typical love interest. Her relationship with Aaron with their painful past is the core of the film and the duo handles their shared emotion and chemistry rather persuasively throughout.

The film never loses steam and is riveting from beginning to end, representing a brilliant return to form for Eric Bana who has been sorely missed from lead roles in the past few years. If the familiarity of the genre tropes is off-putting, The Dry is still well worth seeing for its refreshing locale, strong performances, and the confident, clear-eyed hold it has over its narrative. By avoiding the sometimes overstretched miniseries format that crime fiction is typically forced into, Connolly makes a tight and thoroughly effective thriller that fills out its two-hour runtime efficiently without running out of momentum in the process. Jane Harper’s eponymous novel has a sequel called Force of Nature and this writer would gladly see Bana return to fill the dust-covered boots of Aaron Falk.

Thank you for reading! What are your thoughts on The Dry? Comment down below!

‘Berlin Alexanderplatz’: A Journey Toward Doom