written by The MovieBabble Staff April 30, 2020 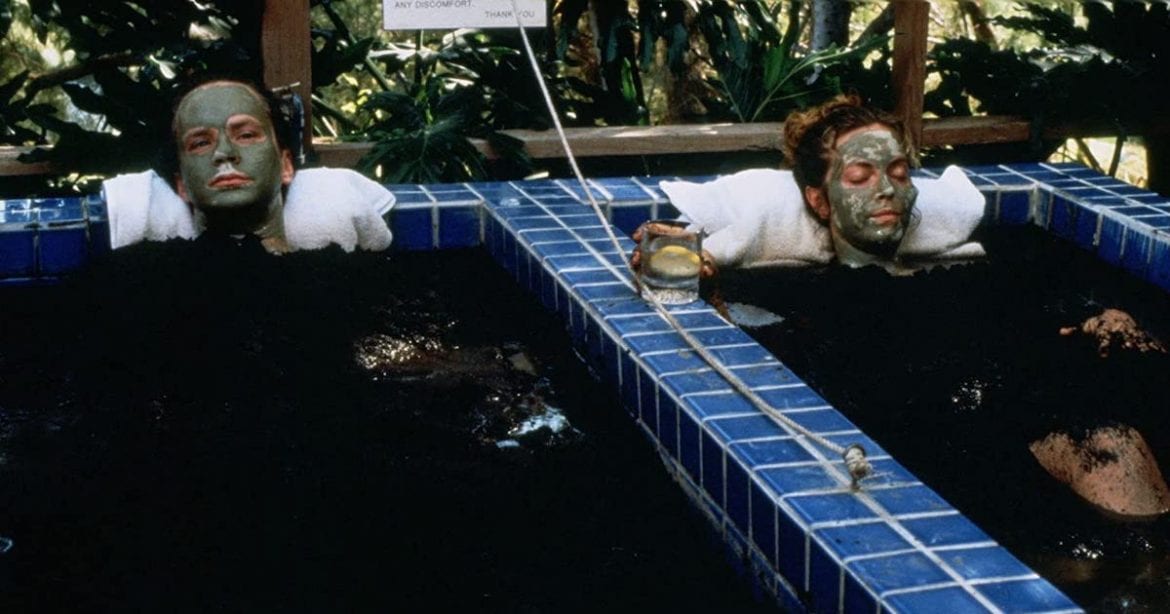 Chris Van Djik: Sidney Lumet is no stranger when it comes to the subject of police corruption. Serpico is probably his most discussed film about this very subject, followed by the equally impressive Prince of the City. But Q & A, based on a terrific novel by Edwin Torres is sadly overlooked. Just like its predecessors, Q & A delves into the morally dubious world of police politics, while also exposing the racial tensions between the community and the police.

Timothy Hutton stars as a deputy district attorney who is being tasked to investigate a seemingly clear-and-cut case of self-defense, involving a veteran police officer (Nick Nolte in scenery-chewing sleazy mode) gunning down a known felon. The case naturally turns out to be anything but clear-and-cut. Besides Nolte and Hutton, the film has an excellent supporting cast with Armand Assante, Luis Guzman, Charles S. Dutton, Patrick O’ Neal, and Dominick Chianese (Uncle Junior from The Sopranos). (Available to rent on VOD, Netflix in some territories)

Collin Willis: Watching Tim Robbins descend into madness amid the hub-bub of 1990’s Hollywood is a beautiful thing to watch. Robert Altman simultaneous delivers a love-letter to the industry while also impolitely telling it to burn in Hell. It’s funny, and it’s a great anti-industry satire. (Streaming on the Criterion Channel)

Nick Kush: In a time where Netflix pumps out either a true crime film and docuseries seemingly every week and immediately turns it into the next big thing, My Friend Dahmer is a criminally underrated true crime film that deserves more attention. Starring former Disney Channel star Ross Lynch as a young Jeffrey Dahmer, the film follows the future serial killer through his last year of high school before he began his killing spree. There’s hardly any violence to speak of in the film as one might expect from such a lurid subject, which makes My Friend Dahmer a quietly disturbing character study that lingers long after you’ve seen it. Plus, I interviewed director Marc Meyers, and he’s a great guy! (Available to rent on VOD, available for free on Tubi)

Alessandro Louly: These are strange and depressing times. What better way to lift your spirits than watching a comedy classic? There is not a dull moment in this movie, with its classic tunes and the hilarious Lina Lamont. (Available to rent on VOD)

Kali Tuttle: I hate Scarlett O’Hara. She is the most annoying protagonist ever and I will still love this movie until the day I die. (Available to rent on VOD)

Thank you for reading! What are your thoughts on our Quarantine Staff Picks: Part 4? Comment down below!