‘Cinderella’ Is the Disaster You Knew It Would Be

Stuffed with ill-fitting songs and lacking a proper script or feeling of magic, this girlboss ‘Cinderella’ update frustrates, rather than enchants. 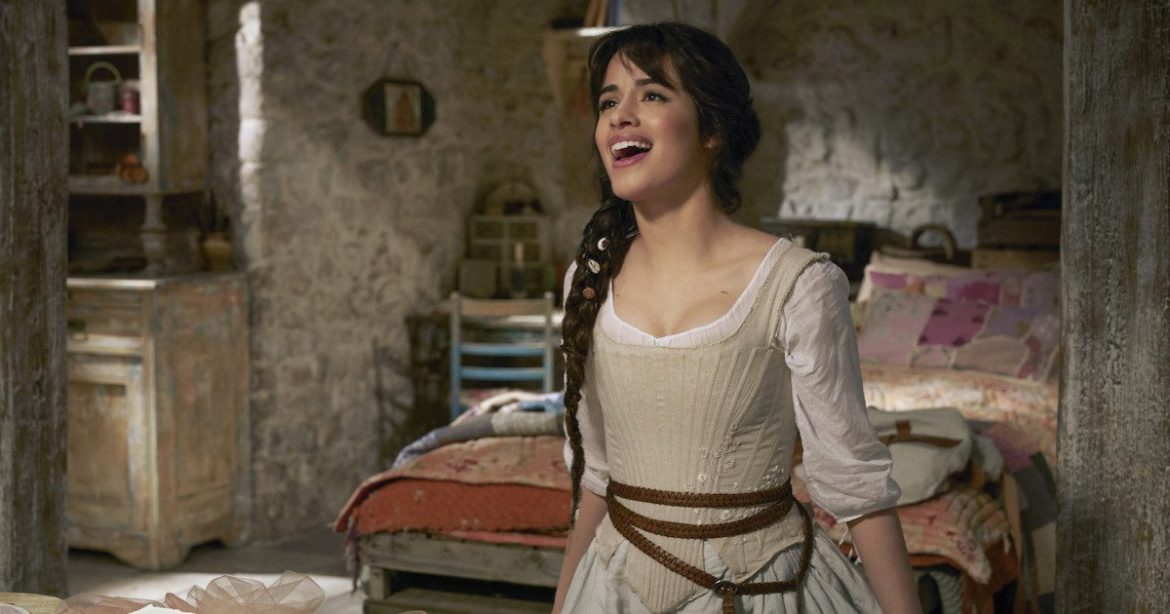 At one point in this 113-minute slog, Cinderella (Camila Cabello) asks another character with great distress, “But, but, but why??” And such is the question we all must ask ourselves after viewing what is nearly the worst movie of the year (*stares at He’s All That*). Why was this a Cinderella adaptation that we needed? Why do we let James Corden have things? Why did I press play on this film, after all of the viral marketing indicated that it was an outright disaster? The answer to that last question is a lot easier — three double vodka sodas really do numb the senses.

On its face, this remake is nothing that hasn’t been successfully done before. The 1997 version starring Brandy and Whitney Houston took the classic Rogers and Hammerstein songbook and combined it with the talents of of-the-moment musical artists and Broadway stars, and achieved a beloved result. 2004’s A Cinderella Story similarly took an It Girl and completely modernized the story for a preteen audience. So the ambition of 2021’s Cinderella — to modernize the ideas and music of the story — is not necessarily an awful one. But in execution, almost nothing about this reimagining works; replacing the story at its core with something that woefully misunderstands both the charm of the source material and also the very modern societal ideals that it thinks it’s addressing.

There is no need to set the scene: we all know the story of Cinderella.

But here — a twist! Set in a Kingdom where everyone has a prescribed role to play (bafflingly demonstrated during the film’s central melody, Janet Jackson’s “Rhythm Nation”), Camila Cabello’s Cinderella aspires for more — to be a dress shop owner despite the town’s deeply patriarchal nature. The rest is mostly as you know it to be, but with a slight alteration to remind us that despite the fact that we are watching a film about a medieval kingdom, we are living in the year 2021.

The king (Pierce Brosnan) is an overbearing patriarch with misogynist tendencies, the queen (played by the queen herself Minnie Driver) is frustrated by that fact, and the prince (Nicholas Galitzine) is largely treated like an idiot — and not just because he has a smarter sister much better suited for the throne, were she not a woman. Idina Menzel’s stepmother is evil – but she has her reasons — and Billy Porter plays the Fabulous Godmother (or the “Fab G”). The characters are each largely defined by one emotion, and it’s all a bit on the nose as if someone was Mad-Libbing Cinderella for the “Yass queen” era. Each character — like every plot beat of the story itself — seems designed with the singular intention of not offending the nuance-free zones of Twitter that it cares about.

Plenty of moments in this film draw a cringe:

The town crier (Doc Brown) presents exposition in Hamilton-style rap moments that merely exist to say, “Hey, we’ve also heard of this thing you love.” Billy Porter utters the line, “Yas future queen, yas” with all the enthusiasm of someone who committed to one scene of a two-hour trainwreck before realizing what it was. A potential suitor of Cinderella and her stepsisters describes his root vegetables as “the fleshiest fruit on earth”. It’s a limp attempt at updated slang and comedy, across the board.

But the true failing of Cinderella is its inert songbook and “girlboss” ideology.

One can forgive a lot in a musical if the music shines — look no further than the 2017 blockbuster The Greatest Showman. In Cinderella, its jukebox style allows for songs to be selected from literally any artist or era and be recontextualized within the film. And what we’re given is a baffling array of genre-spanning hits that only vaguely come close to being relevant to the scene. Idina Menzel understands the capitalist nature of a patriarchal society? “Material Girl.” Billy Porter makes Camila look sparkly for the ball? “Shining Star.” And, in one pivotal scene, various cast members come together in different locations (a la “One Day More”) to sing “Am I Wrong” by Nico & Vinz. Not simply poorly chosen for their scene relevancy, the music almost universally inspires no emotion. And that is hard to do with the type of talent singing them.

I would not use the term “girlboss” in such a cynical way if I did not feel that this film was coming from such a disingenuous place as it relates to the themes that supposedly make up the heart of this film. There could be a version of this film that actually has something to say about gender roles, with characters that presented as something more than one-dimensional cardboard cut-outs who exist to spout an idea on either side of the feminist divide. But that version is not this version, where men are imbecilic participants in an anti-women capitalist system until they joyously become participants in a merely pro-women capitalist system. The women are neither good nor bad, they are just varying degrees of impatient to enter the ranks of capitalist society. And even here, this upsetting message is undercut by the modernity of the dialogue and music around it: when characters are making “tushy” jokes and singing Ed Sheeran, it’s nearly impossible to remove yourself from present-day sensibilities, no matter how many thatched huts you see on screen.

A note on Camila Cabello: she really isn’t bad here. There were likely stronger acting choices to fill the role, but with a script that asks so little of its actors, she more than holds her own with the performances of Menzel, Porter, and Galitzine, and their vocal performances are certainly the highlight of a film without many peaks. Cabello’s big number — “Million to One”, her “I Want” number and one of two original songs — is perhaps the best moment of the film, because there is just the slightest bit of emotion present in the moment. And at our core, that is all we really need from a musical sometimes: to feel.

But moments of musical magic are nearly nonexistent in this James Corden-ization of a story nearly impossible to fuck up. Much like he’s convinced the world he can sing on Carpool Karaoke — where he simply just yells louder than his more talented passenger — Cinderella seems to have been made under the assumption that by simply Getting Loud (yes, a reference to the film’s final J. Lo. number), you can bring heart to a movie musical and create something of quality. But like a Fab G without a wand, Cinderella is devoid of any magic that might compel you to hit play.

Thank you for reading! What are your thoughts on Cinderella? Comment down below!