‘The Gateway’: Shea Whigham and Bruce Dern Make This Lowly Neo-Noir Thriller Worth Your Time

Shea Whigham impresses as a down on his luck social worker trying to do the right thing. 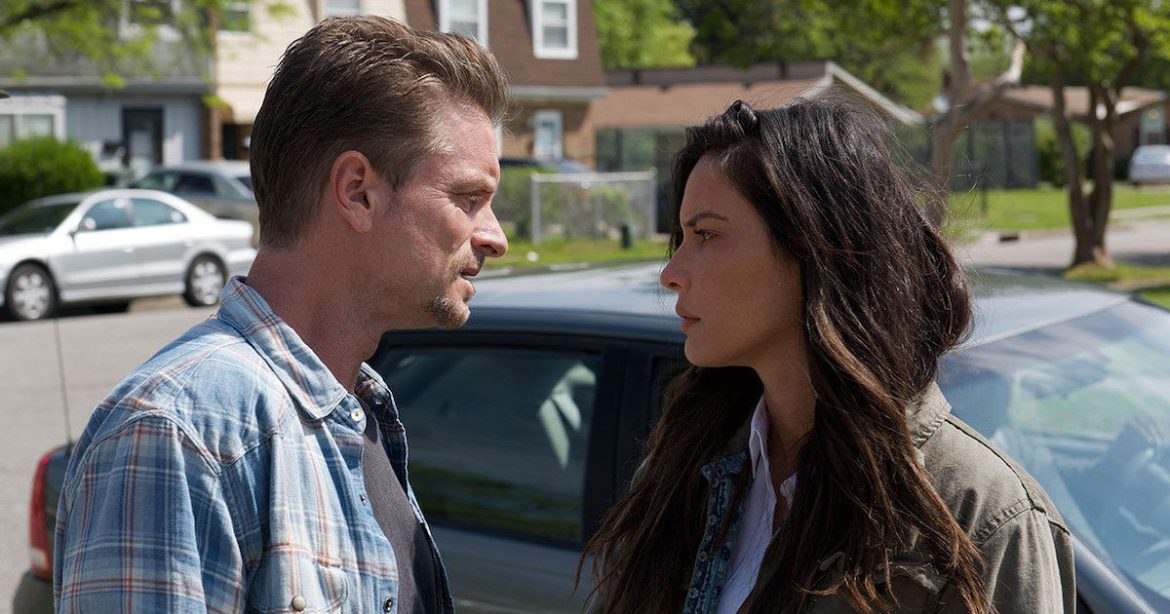 I’ll be honest, I only watched this film to see the underutilized Shea Whigham in a lead role. I’ve been a big fan of him ever since his supporting turn in the glorious HBO crime saga Boardwalk Empire. But on the cinematic screen, Whigham usually shows up in a bit part — though in some cases, like in Jon Watt’s Cop Car, Whigham still manages to be memorable.

But with The Gateway, it’s Whigham at the center. And while the film isn’t perfect, Whigham’s performance certainly is.

Whigham plays Parker, an ex-boxer turned grizzled social worker. In the gritty opening scene, we see him walk through a neon-lit hallway, entering an apartment, discovering a child who tells him that “his mother is sick”. Upon closer inspection upon the barely clothed mother, he discovers the boy’s mother died under what is surely a common cause for the people living in that very apartment building: a drug overdose.

Unlike some of his colleagues, Parker is compassionate about his profession. He really wants to help the perpetually disadvantaged, the degenerates, the forgotten of society.

But it’s the children he cares about the most. A former orphan himself, he’s all too wise about the importance of being there for someone, of having someone drive you to school or to confide in as your parents are once again fighting with each other.

He’s continually burdened by a responsibility borne out of his neglected childhood. He lives to help these people, often to the sacrifice of his psyche. But no matter how hard he tries, he’s eventually gonna crack.

The booze, the long nights… eventually gets to everyone.

The Gateway is filled with people who drink too much, who don’t take care of themselves. These are souls filled with self-loathing. Haunted by a past that has nearly destroyed them. They’ve long stopped expecting that anything good will happen to them. Why would they? They’ve seen too much shit. Eventually, the world will take away whatever luck they’ll accumulate throughout life.

This goes especially for Parker, who drinks during the job and casually snorts coke whenever he wins a chess match with his dealer/confidant Gary (the appropriately cast Mark Boone Junior). A fellow barfly, Corey (Taryn Manning), after their one-time coitus, remarks this to Parker too; “you know what your problem is? Well, you don’t love yourself.”

The Gateway is closer to a character study of a social worker than a crime film, and it works far better as the former. Its crime plot, involving crime boss Duke (Frank Grillo) and his associate Mike (Zach Avery), is predictable and to be honest, the least interesting aspect of the film. It involves a robbery that goes violently wrong and somehow, Parker gets himself involved in this mess.

This does lead to a kinetic, one-shot action sequence (through editing trickery) that is quite impressive. Though unfortunately, the film never again delivers on these genre thrills.

The wide range Whigham showed in Boardwalk Empire is on display here. But unlike in BE, in which his character often provided comic relief, his character in The Gateway is gaunt and downtrodden. He’s tired, worn-down, continually hungover. Whigham hits every note perfectly, from the fiery anger to drunken despair, to the quiet moments of rumination. If The Gateway proves anything, it’s that Whigham is definitely leading man material.

Olivia Munn stars as Dahlia, a mother whose one bad day away from having her daughter removed from her home by social services. Due to her obvious beauty, I initially thought Olivia Munn was miscast. I couldn’t buy her as a woman living the hard life, exemplified by a little smudgy makeup. Though as the film progressed, I found her convincing as the desperate mother who just wants to insulate her daughter from her husband’s criminal ties.

In a meaty supporting part, we have Bruce Dern — looking his usual wonderfully disheveled self — as Marcus, a jazz musician, Vietnam vet, and most important of all, Parker’s estranged father. One of the highlights of the film is their reunion, where Dern spews out a sublime emotionally wrought monologue. The film is worth seeing just for that one scene.

While the performances are generally good, the script has some issues. There’s some attempt at pulpy/James Ellroy-type dialogue that doesn’t entirely work. The extended dialogue scene between Duke and a streetwise detective (Shannon Adawn), being the most obvious evidence of this. On that note, the detective’s involvement in the plot and the eventual wrap-up feels underwritten.

The film goes on at a leisure pace until suddenly, with almost less than a half-hour to go, the plot is suddenly pushed into the forefront. It’s almost like the writers (three of them in this case) forgot this film was supposed to be a crime thriller.

But arguably, the film’s biggest problem is the underwhelming finale. While the emotion is there (if only because we care about Parker’s plight), the execution is lacking. In comparison to the dynamic robbery sequence, the climactic action sequence lacks any energy — though admittedly, we do get to see Bruce Dern wielding a shotgun.

For all its problems, however, The Gateway is still a worthwhile piece of neo-noir cinema. I don’t foresee it becoming a cult classic. It seems destined to get lost among the VOD fodder, but it’s better than most.

But as Parker’s journey shows, it’s important that we never do — if only for the children.

Thank you for reading! What are your thoughts on The Gateway? Comment down below!