Peele's most ambitious film yet is the best of the summer. 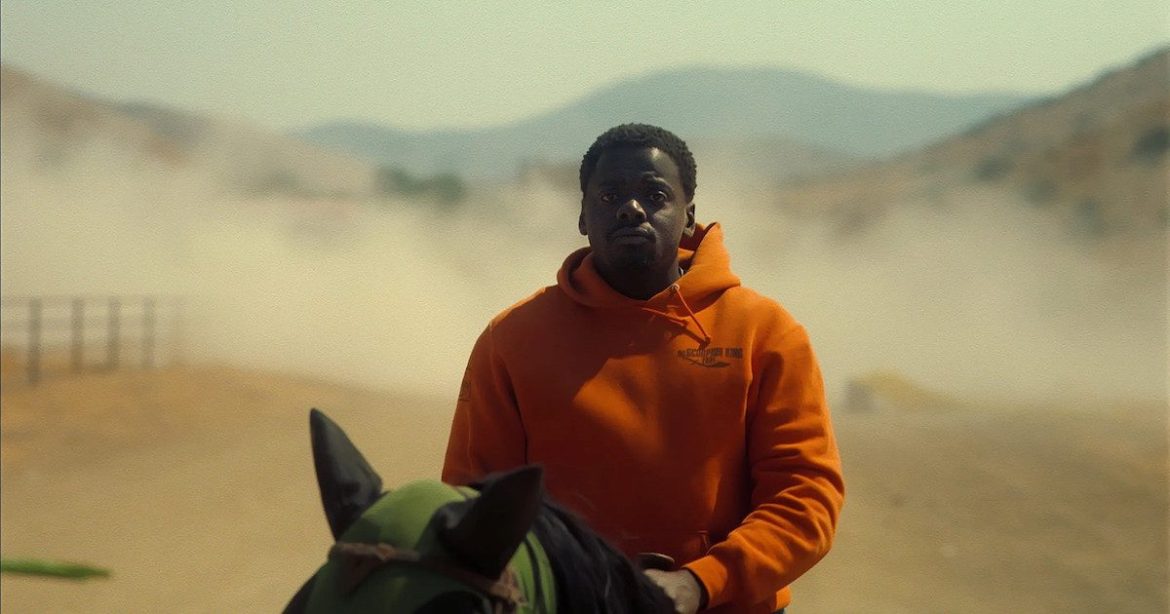 If you were to ask me for a list of the most exciting directors working today, Jordan Peele would be very high on my list, if not at the very top. In 2017, Peele burst into the horror scene with Get Out which went on to be a full-blown cultural phenomenon, grossing $176 million domestically off a budget of less than $5 million. The film was also a massive critical success and was one of the few horror films to make an appearance at the Oscars, earning Jordan Peele a well-deserved Oscar for Best Original Screenplay. (In my opinion, it’s one of the smartest screenplays ever written.) By my standards, Get Out is likely my pick for the best horror film of the 21st century thus far.

Two years later, Peele’s much anticipated sophomore feature Us was released. Us was bigger, messier, weirder, scarier, and thematically ambitious — I loved it. With his second film, Peele was showing audiences that he is a genuinely original filmmaker who is interested in taking massive swings even if they prove more divisive. All of this made his third film, Nope my most anticipated film of 2022.

Nope is Peele’s least thematically ambitious film so far, but I also think it’s his most entertaining, and I am in awe of its scale.

Nope follows Emerald (Keke Palmer) and OJ (Daniel Kaluuya) shortly after an alleged freak accident results in the death of a loved one. In the aftermath, OJ is convinced that a more sinister threat is responsible. With the help of his sister and a local electronic store employee (Brandon Perea), the three make a terrifying discovery.

If this plot summary sounds vague, it’s because I don’t want to spoil the experience of this film for anyone. The sense of discovery is what makes Nope special. If, like me, you feel like you are on the same wavelength as Peele as a genre filmmaker, then go see this film — you are going to have a great time with it. I think one of the most fun things about Peele’s films is discovering the mysteries he expertly lays out with his characters.

With Nope, Peele has crafted his most likable and fun group of characters thus far. I had so much fun being around these people, and seeing as this is a horror film, they are in constant peril which steadily increases the tension as I cared about their fates. I think a lot of the credit goes to the performances. Daniel Kaluuya once again gives a powerhouse performance. OJ is very reserved, but Kaluuya injects a quiet dignity into him that I found endearing. Brandon Perea is a massive discovery as Angel who provides much of the comic relief throughout. I loved the way Peele weaves his character into the larger narrative. However, the true star of this show is Keke Palmer who is so charismatic and charming that she makes the act of carrying a film of massive scale absolutely effortless. Other secondary/tertiary characters played by Steven Yeun and Michael Wincott are also fantastic.

What surprised me most about Nope was how BIG it feels. This is Jordan Peele working on his biggest scale thus far. In interviews he has stated that he wrote this film at a time when the future for movie theaters was uncertain due to COVID, so he crafted a massive spectacle. The threat of Nope is enormous and terrifying. There are sequences in this film that are so well executed that I can’t wait to see them again. The way Peele films the sky in Nope is totally different than any horror film I have ever seen — I found it to be very threatening and scary.

However, the biggest compliment I can give this film is that they just don’t make movies like this anymore. A massive (shot in IMAX), R-rated, original horror film made for the theatrical experience is something that maybe only Jordan Peele could make. I had so much fun with this movie. I think there are minor flaws (that involve spoilers, so I am not going to talk about them here), but the fact that we just don’t see movies like this of this scale anymore makes me give Nope a very high recommendation.

Thank you for reading! What are your thoughts on Nope? Comment down below!

[…] Nope, Jordan Peele had already established himself as a premier image maker. Something seemingly as […]

[…] to many manbabies, this rigorous messaging is destroying modern horror cinema. So whenever a new Jordan Peele movie comes out, you’ll have these same people whining about it being another example of […]

[…] be at the forefront of the story. Without chemistry, you have nothing. Emma Corrin also delivers a great performance with her portrayal of young Marion. The characters as a whole feel a little two-dimensional, but My […]

‘Space Jam: A New Legacy’ Is a Despicable...