Reese Witherspoon has always been the plucky, relatable actress that you can get behind in a romantic comedy.  She’s back at in Home Again, another romantic comedy that looks to pump some life into a genre that sorely needs it.  With many rom-com regulars both in front and behind the camera, many pointed to Home Again as solid counter programming to a certain clown-filled film.  The following review will be spoiler free. 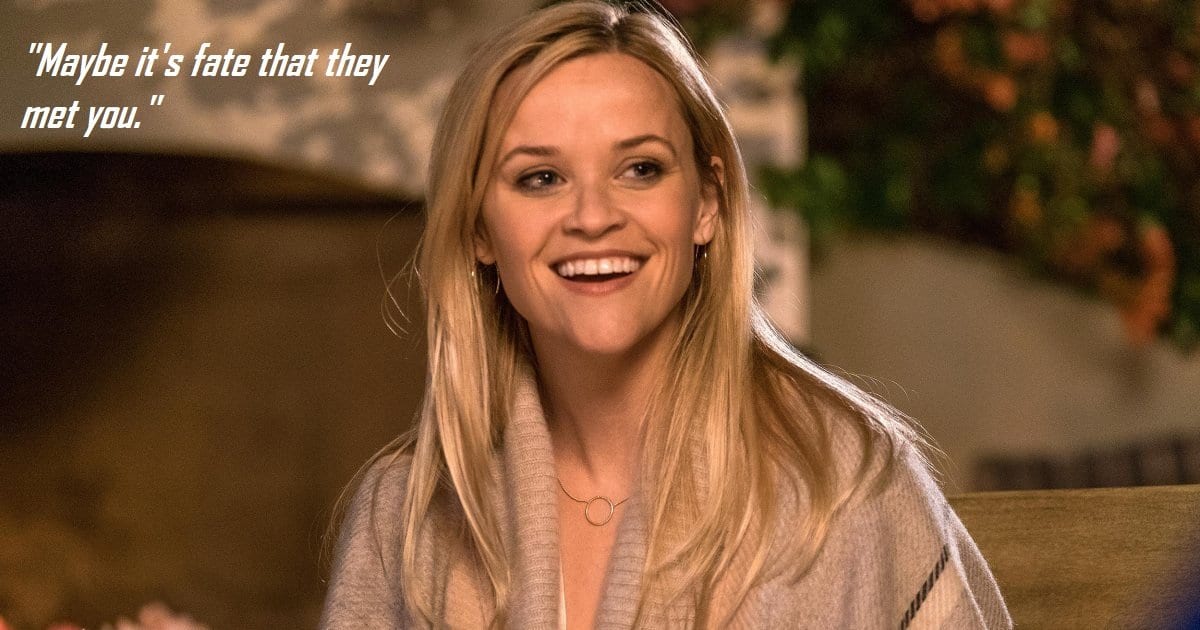 Home Again is directed by Hallie Meyers-Shyer and stars a likable cast with actors such as the aforementioned Reese Witherspoon along with Michael Sheen, Nat Wolff, Jon Rudnitsky, and Pico Alexander.

The film follows Alice (Witherspoon) as she attempts to start over after the separation from her husband (Sheen) and move back into her childhood home in Los Angeles.  During her birthday celebration, Alice runs into three aspiring filmmakers who are broke and need a place to live.  After some discussion, Alice allows the three to movie into her place.  To her amazement, the three make sudden impacts on her life.  However, this arrangement starts to become muddled when Alice’s husband comes back into her life.

It appears that writing and directing romantic comedies runs in the family.  Although Hallie Meyers-Shyer is making her directing debut in Home Again, she has a large knowledge base to pull from.  Her mother, Nancy Meyers, has been a prolific director, writer, and producer in Hollywood for quite some time.  She’s done a ton of work, mostly in the realm of romantic comedies such as The Intern, It’s Complicated, and The Holiday.

In order to help her daughter come into her own, Meyers took a producer role on the film which helped her to oversee production of the project for Open Road Films.

Home Again is a classic case of counter programming.  Although It will unquestionably kill it at the box office, it won’t detract from Home Again‘s ability to be profitable as those who want to see It were probably never going to see this film anyway.  Home Again is literally the exact opposite of a film that contains a child-eating clown. 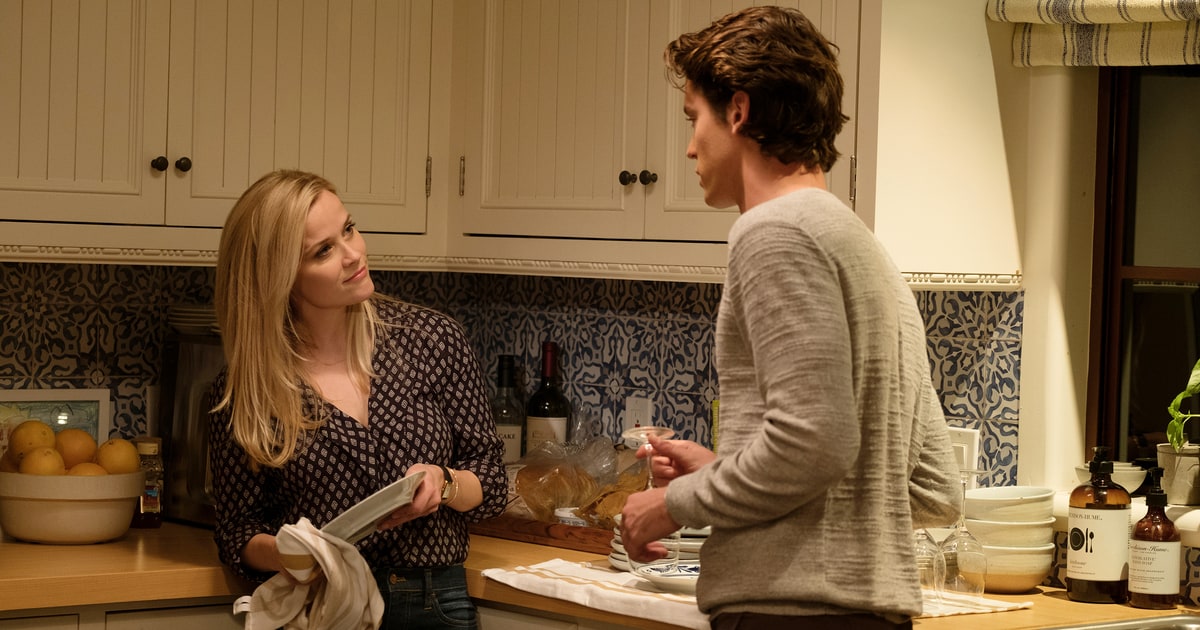 What positives this film has come directly from its likable cast.  Although she’s given pretty stilted dialogue to deliver, Reese Witherspoon remains as likable as ever.  She’s quirky and silly, making you smile even if the rest of the movie is not.  Witherspoon has that “it” factor that limited actors have.  You don’t know what it is about her, but you just like her and want to like her movies (even if they’re trainwrecks a la Hot Pursuit).  In Home Again, she has an underdog-like quality to her that makes you root for her no matter what.

The three gentlemen who crash at her place (Pico Alexander, Nat Wolff, and Jon Rudnitsky) also display ample charm that keeps Home Again watchable.  Each of them hones in on one distinct trait that makes them stand out from each other.  Alexander brings it as a debonair young man as he attempts to woo Witherspoon while Wolff is the odd, goofy one of the three.  Rudnitsky is the sensitive one of the three, acting as a backbone for Witherspoon and her children. These actors have an abundance of charm that sometimes overcome some of Home Again‘s shortcomings.

Only the Illusion of a Plot

That being said, this group of actors can’t save Home Again‘s underwhelming storyline.  The film has the illusion of a plot in that characters will sometimes reference something that occurred early in the film so that it there appears to be a through-line to the movie.  However, there’s really nothing of note that occurs here.

Throughout Home Again‘s 97-minute run time, things just sort of…happen.  Conflicts are manufactured through fake struggles that are never realized or worth it.  In some occasions, these conflicts are never resolved, making you question what the point of movie is at all.  Although there appears to be some type of resolution for Reese Witherspoon’s character, you quickly realize that her character never really accomplished anything that’s worth watching. This point is really a shame because there’s a fun idea for a romantic comedy at this film’s core.  Having three younger men move into the house of a recently separated older woman is a fun twist on the usual formula.  Unfortunately, Hallie Meyers-Shyer never captures this odd relationship in a way that evokes any type of emotion.  Under better direction (and writing for that matter), Home Again could have turned into a nice, feel-good film.

One also can’t help but notice the palpable “fakeness” to Home Again.  This movie is essentially the embodiment of “first world problems.”  Everyone seems to be living a lavish lifestyle despite the fact that some of them work as a start-up interior designer for a “socialite.”  These people seem to not work yet they are perfectly dressed in J. Crew’s fall line of business casual clothes.  There’s also manufactured conflicts of people wanting to be filmmakers or top dogs in the music industry that scream unearned privilege.

Everything feels so glossy and fake, which actually perfectly accents the subject matter when you think about it.  There’s a disconnect between what these people do and the lives they live.  Home Again oozes fake advantages in the most off-putting of ways.

Home Again somehow manages to sideline an adorable Reese Witherspoon in a bundle of schmaltz and unearned sentimentality.  Although the film might persuade you to head out to your nearest Banana Republic, it certainly doesn’t have much worthwhile as far as entertainment goes.  This is not a strong debut from Hallie Meyers-Shyer and I’m not quite sure it bodes well for the rest of her career.  There’s a good movie in here somewhere, but it was not realized in the slightest.  Home Again gets a D+.

This is a paint by numbers film that probably will be forgotten in a few weeks as other films roll out into theaters. Thanks for reading!  What are your thoughts on Home Again?  Comment down below!

And I was so excited about this movie! In a few days it will be in our theatres, too. From trailers, it seems like a charming film. And when I saw Nancy Meyers’s name there, I was thrilled. Since I mostly agree with your opinion, I’m slightly disappointed now. :) Although Reese isn’t one of my favorite actresses, I loved her in “Walk the Line”, then “Water for Elephants”, and “How Do You Know”, but that’s maybe because of James L. Brooks, and the fact that I adore his work. Even that movie wasn’t so great. Well, I’ll give this one a chance. I especially agree on what you said in the last sentence.They make SO many forgettable movies nowdays. And nice writting from you, as usual.

Thanks so much! I had similar feelings to you leading into the film. Sweet romantic comedies are very pleasant, but Home Again just fell flat.

I prefer Witherspoon’s older films, such as the Man in the Moon, Jack the Bear, Pleasantville, and even her supporting role in Wildflower. She was great in Little Big Lies. This Means War and Hot Pursuit are awful films, and with the exception of Legally Blonde I’ve haven’t enjoyed her romantic comedies, too cheesy. She’s a very capable actress, but I think lately she’s been choosing roles in bad comedy and romance films.

I have a soft spot for some of her romantic comedies, but I totally hear you on that one. I loved her in Wild which was a nice dramatic turn for her. I want her to go more dramatic like what Steve Carell has been doing lately but manage to keep her quirky sensibilities.

I’m really looking forward to Battle of the Sexes. Could be a great merging of his comedic and dramatic chops!