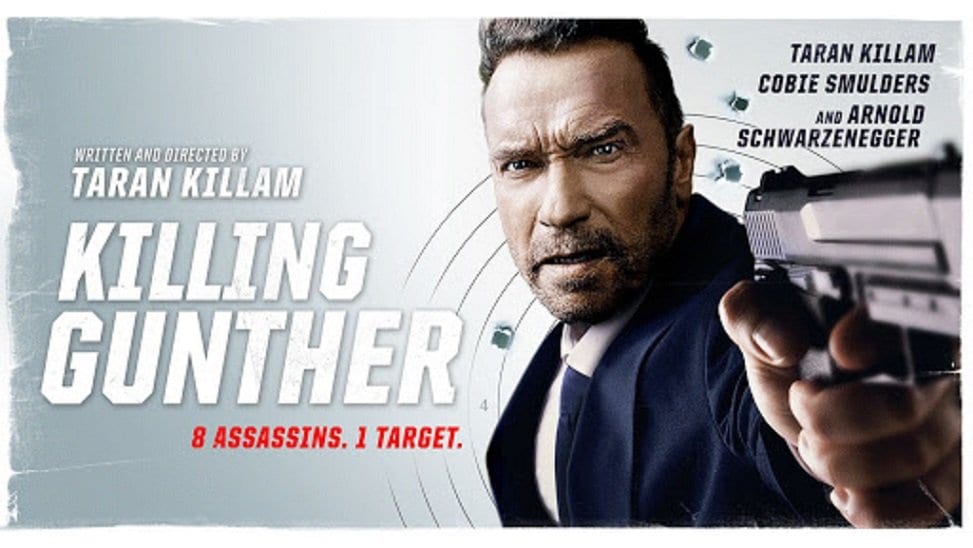 Arnold Schwarzenegger has starred in many smaller movies in recent years.  His latest film, Killing Gunther, is no different.  Filmed in a mockumentary style, Killing Gunther is a wacky, self-referential comedy from many of your favorite SNL minds.  The following review will be spoiler free. 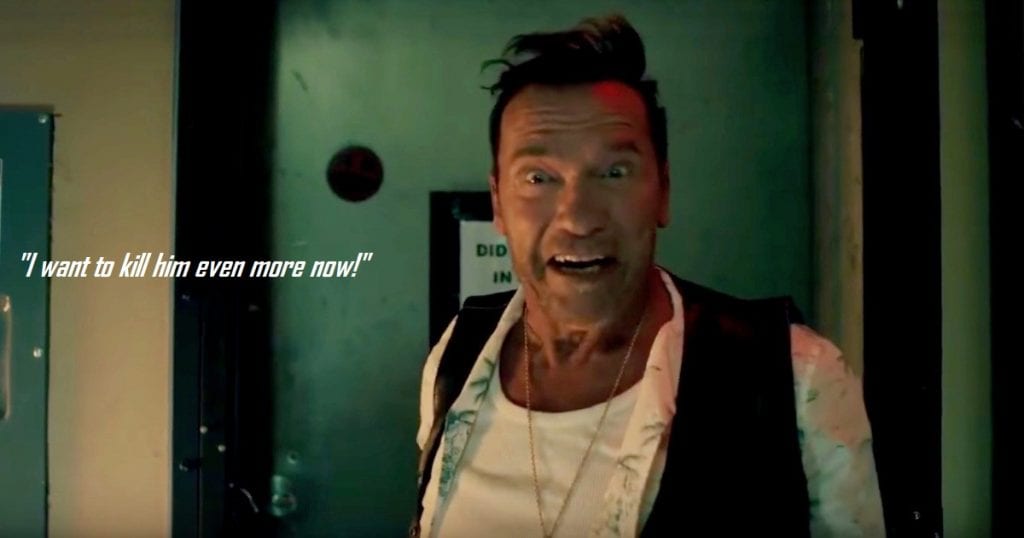 Tired of famed hitman Gunther (Schwarzenegger) getting all the praise, a group of eight assassins led by Blake (Killam) plot to kill him once and for all.  However, they need undeniable proof before doing it, so they hire a camera crew at gunpoint to document their every move.  To their dismay, Gunther becomes aware of their plot, turning the tide against them as the hunters quickly become the hunted.

There’s indie movies, and then there’s super indies.  Killing Gunther falls squarely into that latter category.  The film was developed as part of a passion project for Taran Killam whom you may know from Saturday Night Live.  Luckily, Killam had a bunch of talented friends that allowed him to populate the film and get some type of buzz leading up to Killing Gunther‘s very limited release.

This film is so underground that it was distributed by Saban Films.  Yes, the same Saban that distributes all those Power Rangers toys that you loved back in the 1990’s.  The film itself was made for pennies on the dollar with most of its costs going towards paying the high profile actors involved in the project, allowing for such a small distribution company to take the reigns on the film’s monetary future.

But that also begs the question, why didn’t a film with known actors get some type of large release from a larger distribution company?  Most of the time it signals a less than stellar final product, but it also signals that bigger companies just don’t know how to market the film to audiences.  With a premise as bizarre as this one, that second option might be the cause here. 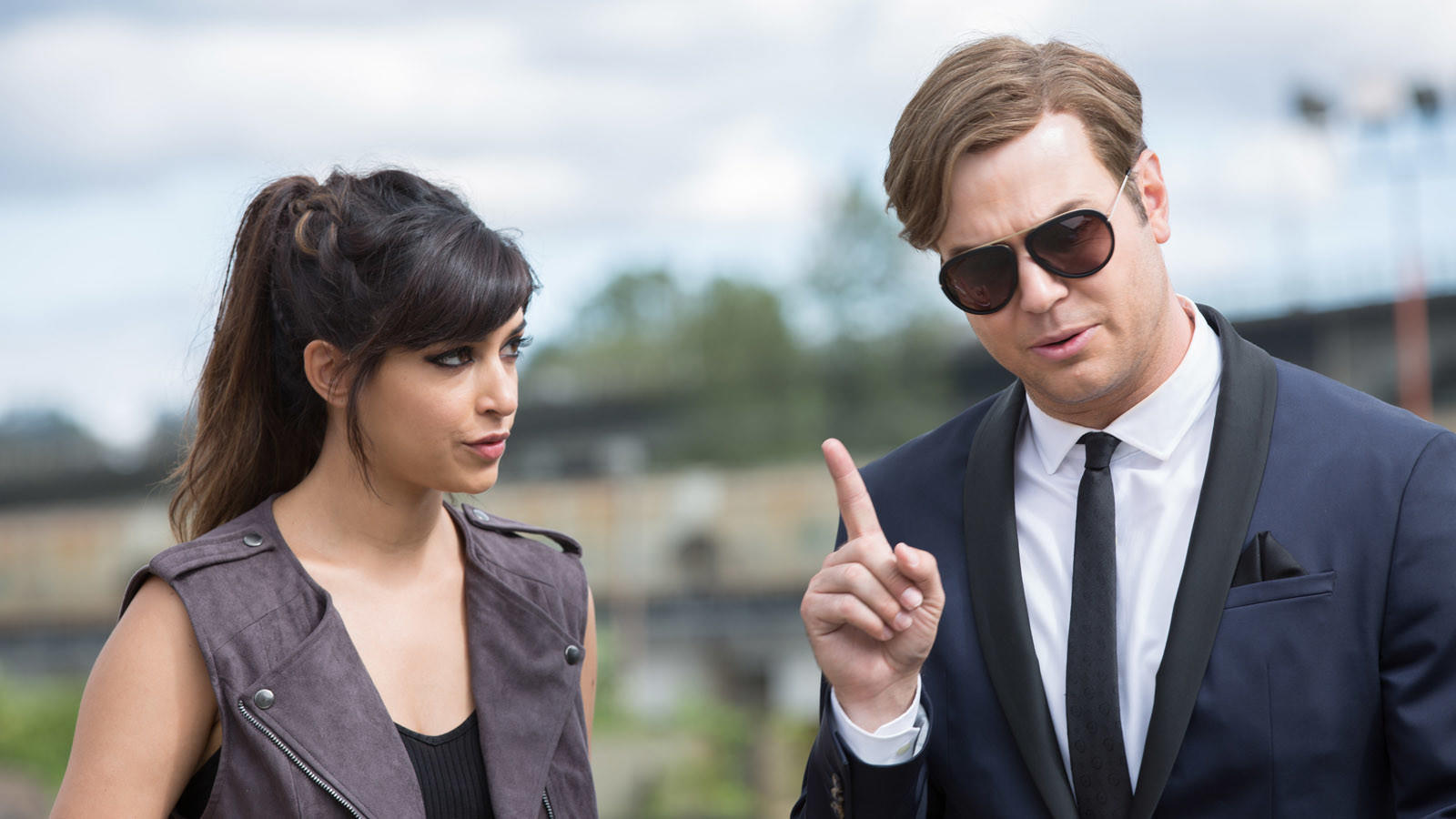 A Hilarious Take on Usual Cliches

Usually, the issue with many of these mockumentary or found footage movies is one singular question: why the hell are you still filming?  Movies bypass this issue all the time, forcing you to just accept the fact that it’s a movie and you need to suspend disbelief for it to occur in some capacity.  Taran Killam approaches this concept head-on, making the filmmakers actual characters within the world of the film.

Killam and the other assassins consistently throw the cameramen into the crosshairs, forcing them into as much danger as the rest of the gang.  This quirk becomes so self-referential that the movie becomes more than just meta.  Killing Gunther actually becomes meta within the movie itself, adding another layer to the story’s already fourth wall-breaking nature.

This concept speaks to really solid writing and execution.  I mean, c’mon, who even thinks to lampoon something to that degree?  It’s one of those things that you would never think about but then when you see it you slap yourself on the forehead for not thinking of it yourself.

Killing Gunther isn’t necessarily a stepping stone for Taran Killam since so few people will end up seeing it, but it should propel him to work on a greater platform in his next project.

Schwarzenegger Has Never Been More Unhinged

I mean, just look at this doofus:

Getting to see Arnold Schwarzenegger sporting a pretty boy, douchey haircut is something I never knew I wanted so badly until Killing Gunther came along.  The best way to describe Schwarzenegger’s character is that he’s a fraternity brother who just happens to be great at killing people…and who’s coming down from his smoke session a few hours prior.  Although there’s the seemingly mandated meta references to his popular roles of old that he’s been running into the ground in recent years, this is an Arnold that we haven’t seen before.  Now that he’s in the twilight of his career, this change was certainly necessary.

Unfortunately for most, Killing Gunther uses Schwarzenegger in basically a glorified cameo role, treating him practically as a boogeyman-like figure until the latter portion of the film.  However, what you get of Arnold is something to behold.

Just look at THAT:

Watching Arnold beat someone with a fridge and then smash him over the head with a pre-broken vase is just so adorable and low-budget that is somehow works.

Will Most Likely Only Appeal to a Very Small Audience

As you may have surmised, Killing Gunther is definitely not what you would call a “broad comedy.”  Much of the comedy is telegraphed in a manner that many will find grown-inducing.  Killing Gunther is more funny from a writing stand point, in that the formation of its jokes are well-done from a situational and idea point of view.

The delivery is another story.  Some of it is quite hammy as you would expect from SNL regulars.  Taran Killam’s delivery in particular will polarize audiences.  In essence, he’s a conduit for the meta themes of the movie.  He’ll convey “emotion” as it pertains to the story, but it’s always in a blase manner.  His character understands the meta-ness of the situation without really winking at the camera.  To most, he’ll come off as hoaky or just downright bad. Some will come away from this movie thinking I’m an idiot for my moderate recommendation.  And honestly, I wouldn’t blame them.  Killing Gunther is a prime example of a creative mind just wanting to carry out his vision without a thought about who’ll enjoy it.

Most people will probably find Killing Gunther a largely unfunny endeavor that telegraphs most of its jokes.  But, for the very small audience that this film will actually appeal to, Killing Gunther will provide a surprising amount of entertainment that’ll have you laughing through the end credits.  Against my better judgement, Killing Gunther gets a B-.  It’s breezy and not particularly memorable.  But, there’s enough fun here to be enjoyed in the right state of mind.

Taran Killam has a very distinct and niche sense for comedy, so beware before you engage.

Thanks for reading!  What are your thoughts on Killing Gunther?  Comment down below!

The first time I saw this trailer a month or two ago I didn’t know what to think, but by now I’m convinced this is my film of the year. Pizza and beer and this film. Yup, that’s all I need. If I can find a place screening it…

I think it’s also on VOD so you might be able to see it at home!

Saw it in theater with two seats occupied. Mine and someone ten rows down. Sad