Which 2018 Oscar Nominated Films Deserve to Win? Take the Poll! 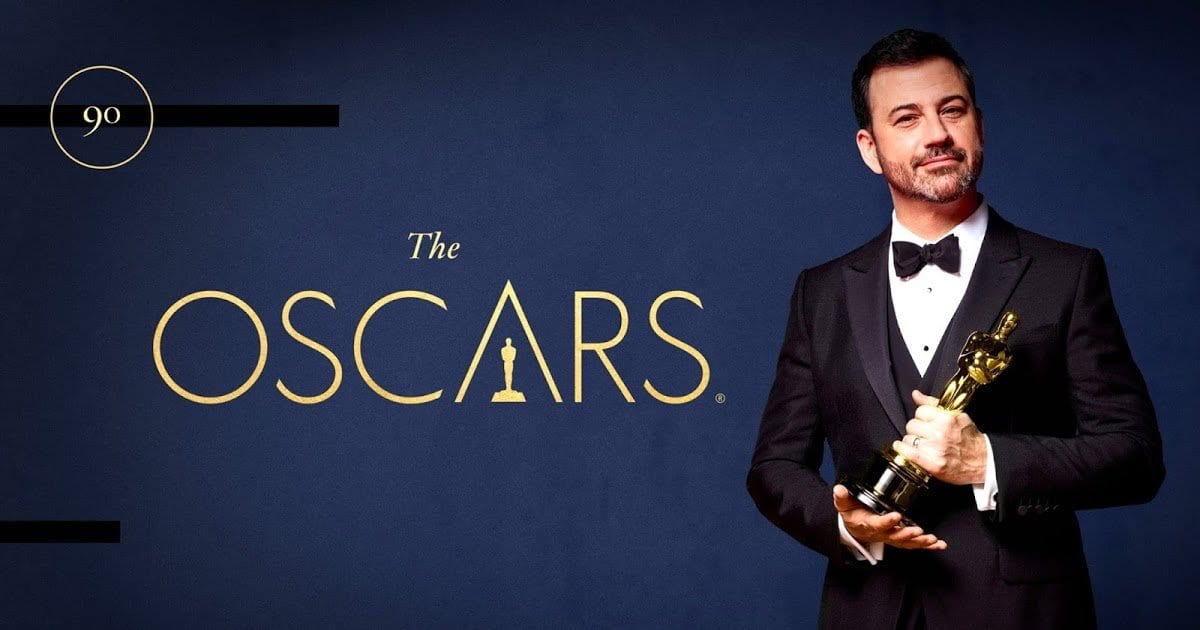 The Academy released the complete list of nominations for the 90th Academy Awards bright and early this morning, causing many to make their predictions.  But, what does the general audience believe?  Below are the 2018 Oscar nominated films and performances in each major category.  Respond to each poll to see which 2018 Oscar nominated films and performances rightly deserve to walk away from the ceremony with a shiny, gold trophy!

Nick’s Take: Roger Deakins better win or I might throw something hard and cause a lot of property damage.

Nick’s Take: War for the Planet of the Apes tricked many audiences members into believing that those were real, incredibly well-trained monkeys onscreen.  Although a win in this category wouldn’t necessarily give Andy Serkis his Oscar, it might be the closest thing to it (for now).

Nick’s Take: As a lover of Logan, my heart points towards the writers behind that film as the winners for best adapted screenplay.  However, my mind says the winner is James Ivory for Call Me by Your Name.  When the writer of the book says that the screenplay managed to improve upon the source material, I’d say that’s enough for the trophy (not to mention that Call Me by Your Name is a beautiful meditation on the feeling of true love).

Nick’s Take: This category might well be the most difficult to predict out of any of the major categories.  The most heartwarming choice is The Big Sick and the favorite is probably The Shape of Water, but my choice is Greta Gerwig for Lady Bird.

Nick’s Take: Let’s be honest, we all know the correct answer here is Coco.  I mean c’mon, The Boss Baby?

As a side note, where’s The Lego Batman Movie?  Anyone have any ideas?  Anyone?  Bueller?

Nick’s Take: The obvious choice for a lot of people here will probably be Allison Janney as a tiger mom in I, Tonya.  However, my pick goes to the more subtle performance from Laurie Metcalf in Lady Bird.  She was nasty like Janney, but you understood the love she had underneath that tough exterior.

Nick’s Take: My pick is definitely for Michael Stuhlbarg in Call Me by Your Name.  What he did was so profound and…wait.  He’s not nominated?  That’s ridiculous!  I refuse to choose from such a tainted category…

Nick’s Take: Other than the obligatory nomination thrown to Meryl Streep because she’s Meryl Streep, there’s a lot of deserving candidates here.  The frontrunner is definitely Frances McDormand, but I’d have to pick Saoirse Ronan.  She was just so darn pleasant as Lady Bird but also managed to appear very vulnerable and hilarious.  Also, it be pretty funny to see whatever Golden Age actor they have announcing the category stumble over the pronunciation of her name.

Nick’s Take: It appears as if this category is becoming a two-horse race between Gary Oldman and Timothee Chalamet with Oldman in the lead.  However, my choice goes to Daniel Day-Lewis for Phantom Thread.  Day-Lewis showed how understated he could become as Reynolds Woodcock, operating without a pulse until he would explode on co-star Vicky Krieps.

I’ll probably get accused of being too artsy for that choice.  Oh well…

Nick’s Take: Although I desperately would like to see Greta Gerwig walk away with a win here, I think the right choice is Jordan Peele for Get Out.  His work crafting some incredibly subtle moments, creating a great theater-going experience, and getting great performances out of lesser known actors are unbelievable feats.

Who would have thought that the guy who did a great Obama impersonation would ever become an Oscar-nominated director?

Nick’s Take: This one comes down to personal preference more than any of the other categories.  As for this critic, Call Me by Your Name transcended the medium into something truly special.  That being said, it’s still a toss-up between that film and Lady Bird with Phantom Thread in third place.

Thanks for reading!  What are your thoughts on 2018 Oscar nominated films?  Comment down below!

As you may have figured out by now…My vote goes for Dunkirk. :-)

I might have been able to guess that one ?

I’d just like for Call Me By Your Name to bag all categories, thank you. HAHA

I honestly think the poor box office returns had a lot to do with it. All the buzz that was around that movie was unfortunately clouded by how poorly it was performing

Yeah that makes sense. But like I mentioned in my review of 2049, it won’t win Best Picture, but I think it’ll be THE movie of the decade.

I think you have a serious case for that distinction!

Thanks. That’s actually a train of thought I jumped as well from some online users who saw the film.

Also, I have your submission! I’ll get a response to you later today!

This was the first year I’ve actually seen most of the films prior to the nominations (I’ll watch as many of the others as I can before the awards) but it was a great year for movies! I was a little surprised that there was nothing for Wonder Woman, James Franco or Beauty and the Beast for Original Song. I’m just rooting for Lady Bird and Get Out!

It absolutely was a great year for movies! I completely forgot about the new Beauty and Beast song! Maybe the Academy did too lol

This year really has highlighted the talents within the medium of film. Whether it be a spectacle as climatic and intense as Dunkirk, as charming and calm as Call Me By Your Name or as darkly comic as Three Billboards, this year has shown just how much variety we have in film and it’s been a absolute pleasure to see it unfold. While there have been some truly baffling works this year (the Emoji Movie being one of the most notable), we have to appreciate just how much good content there is to digest. It’s a great time to be a moviegoer!

Absolutely! This year was a pretty amazing year for film, especially when you consider all the great films that didn’t received recognition. This time of year just reaffirms why I love movies!

Exactly! Within recent years, film has become an even greater artistic form. Viewers are now looking depth, strong characterisation and technical genius across the board. It seems like people aren’t satisfied as much by the ‘mildly entertaining’ film. They want something analyse, to deconstruct and understand beneath the layers of material. And the films mentioned in this article solidify that claim. It’s just wonderful to see people embracing diversity within film and trying to ask for more in the material they consume on a day to day basis. At the end of the day, no matter who wins the awards, we can say that all of those creators deserved to win in their own right.

Well said! Also there’s a great discussion to have about the vast amount of distributors popping up that are allowing for distinct films with distinct messages to see the light of day. Studios like A24, Neon, Fox Searchlight, and even Netflix are changing the game!

You’re completely right. A24 has really helped boost the prospects of these distinct films and helped attract a larger audience. Netflix is doing really well, so hopefully they can continue. I’d even go as far as to say Paramount, who distributed Mother. It takes some serious risk taking to sign some of these movies for distribution, and I wholeheartedly respect those that try to reformulate the market.

Also, it’s interesting to see how expansive and creative the ‘indie’ category is becoming with fresh screenwriters, directors and producers experimenting with their voice and style. The ‘indie’ label is slowly disappearing and soon – hopefully – people will accept them in the same way they accept large budget films. It appears that they are growing in popularity, which is always a good sign especially as an aspiring screenwriter myself.

Absolutely! If nothing else, I love the nominations because they cue people in on smaller films that they hadn’t heard of before.

I really hope Blade Runner 2049 wins for best cinematography. It was a phenomenal movie and deserves the award.

Right there with you! My jaw dropped from literally the first frame of the movie! ???

I completely agree. Roger Deakins really pushed the boundaries of visual cinematography in that film. He deserves the award. Here’s hoping he gets it!

I’m pretty sure this is his 14th nomination. It’s about time he won!

Wow, really? I never knew that. In that case, they might as well hand him the award personally haha.

Lol combined with the fact that he’s very deserving when you look at Blade Runner 2049 he’s probably gonne get it!

Indeed, that film was stunningly shot. His previous works have been good, but this took it to a new level entirely.