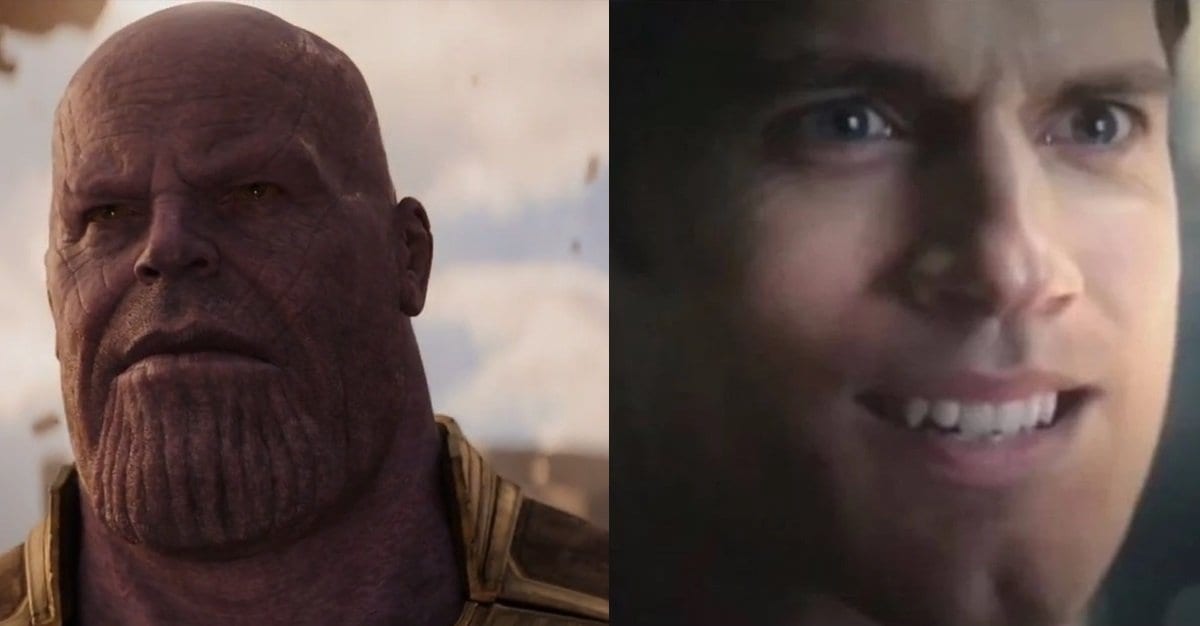 OHH MY GOD YOU GUYS, THE AVENGERS: INFINITY WAR TRAILER IS OUT!  MY LIFE HAS MEANING AGAIN!  I’VE LOST THE ABILITY TO TYPE IN LOWERCASE LETTERS!  QIWGJQERVOEMBWOTNMWROQPQWOREIOXMCOMAEOV!!!!

Okay, let’s get serious for a second.  We all know that, without Marvel movies, life sucks.  Every minute between new Marvel films reminds me of my crippling depression.  But, in order to pass the time, let’s overly analyze the Avengers: Infinity War trailer.  It won’t mean anything in a few months, but I just have to write about it or else I’ll get stuck watching another DC movie.

Trailers never use misdirection or unused footage, so these predictions will obviously come true.

Black Widow will Quit the Avengers to Work at Shawarma

The trailer begins with a BEAUTIFUL joint voice over from a couple different heroes.  Scarlett Johansson as Black Widow is the last person to speak, meaning that something has to happen to her.  As a wise philosopher once said, “save the best for last.”

Let’s take a look at the face that ScarJo makes here:

If you ask me, that’s CLEARLY the face of a woman thinking fondly of something from the past.  Believe me, I’ve dated a lot of women and gotten a similar look because they can’t handle my crippling depression and wish they never broke up with their previous boyfriend.

And what happened in the past?  I’ll tell you: Shawarma!

Black Widow really enjoyed her food in the end credits scene of The Avengers, and she’s been missing it ever since.  Her new, blonde hair signals that she’s going through an identity crisis and hasn’t quite been the same since she ate that lovely Arabic food.  We know, ScarJo, we miss it too.

While the third act will turn into a massive battle, Black Widow will fade off into the shadows and become an entrepreneur like she’s always wanted.

Tony was somewhat broken at the end of Civil War, somewhat unsure of his future.  He seemed to pick up the pieces a tad from his mood in Spider-Man: Homecoming, but that was only because he was about to start a new hobby.

He’s clearly upset with the tacky, broken nature of Doctor Strange’s wizard temple.  That face is totally one of decorative disgust.  My guess is that he just finished laying out some designs and swatches around the temple, but then something came in and destroyed his work.

Upset, Tony leaves the temple in a huff, angry that his work was for naught.

Buuuuuuuut, Tony steps outside and notices much more damage.  While a tad horrified, he still dramatically takes off his sunglasses in awe of the new clients that he’s soon about to receive.

Let’s be honest, Tony has become burdened over the past couple movies with the events he’s caused, making him want to lay low for awhile and seek out employment in a fulfilling, rich industry.  I hate to sound cocky, but out of all the predictions for the Avengers: Infinity War trailer, I’m most sure about this one.

So when we first see Thanos, he appears after what seems like a great shoulder workout.

He’s got his bro tank on and his traps are on fire.  He’s even got that stank face on like he just finished blaring angry music through his oversized Beats headphones while chugging his gallon of water.

And who’s the beefiest Avenger?  Obviously, it’s Thor.  We all know that Hulk juices like no other, so we’ll disqualify him for acting unfairly.

Thor had been the biggest beefcake in the MCU so far, and he’s not going to stand for some purple scrotum monster taking that moniker.  So, Thor takes to the stars and joins a new galactic gym, working his aesthetics like no other.  There’s no time for leg day here!

Thanos Will be So Serious and Never Ever Quip…Ever

This is an easy one, I don’t even know why I’m bringing it up.

We’ve seen countless Marvel trailers where villains are typed as some impending doom.  They are very serious, and they never, EVER make jokes.  This behavior always bleeds into the movie as well.  Marvel villains are always stoic and pure evil.  They don’t care about the rewatchability or box office numbers of the movie, they just want to destroy everything.

As such, Thanos will never quip.  Dare I say, he’ll never even emote.  Marvel never pitches a serious trailer only to then have a movie full of jokes.  That never happens!

Big baddies always have a disposable army for our heroes to punch and look awesome.  Writers and directors use this technique so that many beings can die without having to worry about the moral dilemma of killing them.

We’ve seen this technique used in literally ever superhero movie ever, but this time, it’s different!

Look!  It has four arms!  That’s double the amount of arms that disposable bad guys normally have!  It’s so different!  This type of ingenuity should be praised to the high heavens.   Congrats Marvel, you’ve truly outdone yourself this time with something that we’ve never seen in a comic book movie before.  The Avengers: Infinity War trailer is completely new.  Completely.

JUST LOOK AT ALL THOSE ARMS! 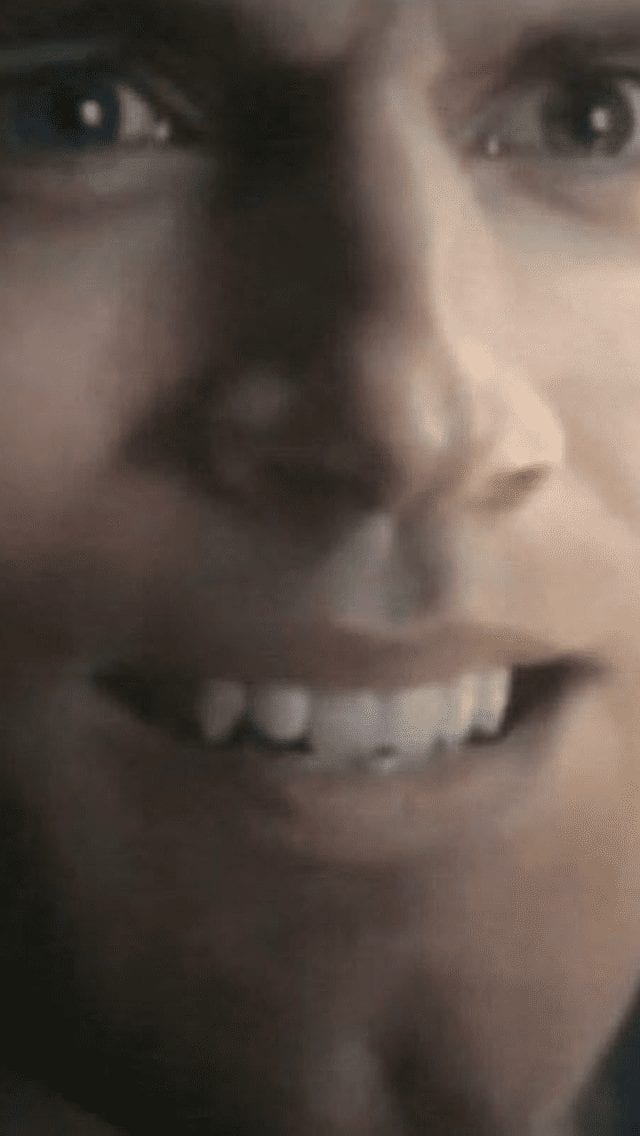 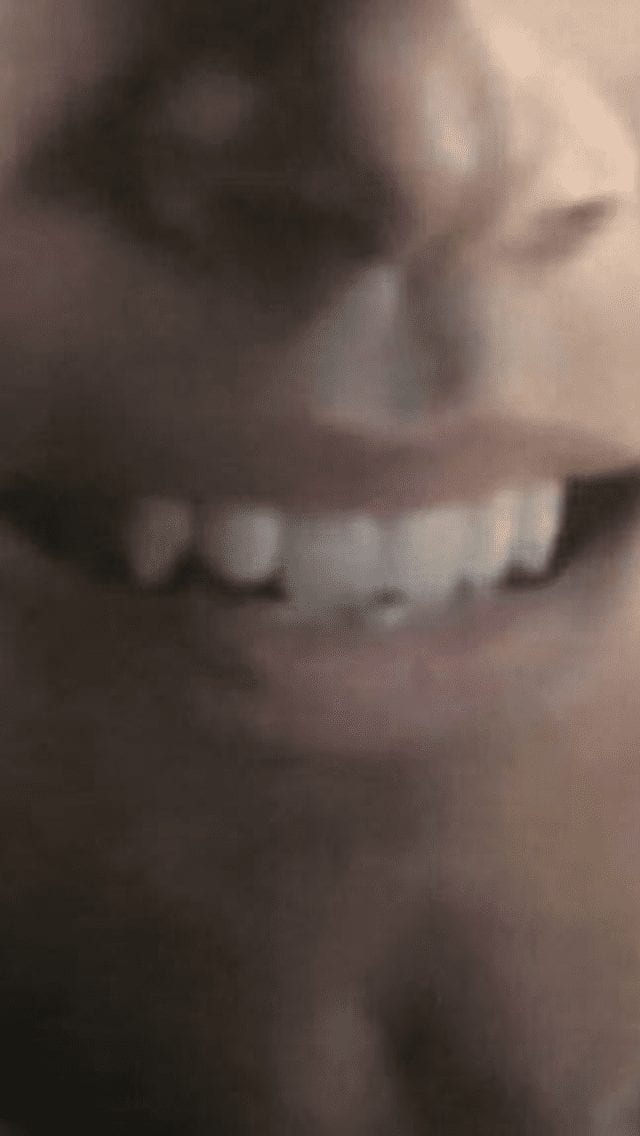 Thanks for reading!  What are some of your predictions from the Avengers: Infinity War trailer?  Comment down below!

I don’t think that I need to go and see this movie now. As your predictions are of course all exactly spot on ??
Great post: and yes I really mean that seriously ?

Everyone else is doing a trailer breakdown, I should too!

Only the most legit for my readers ???