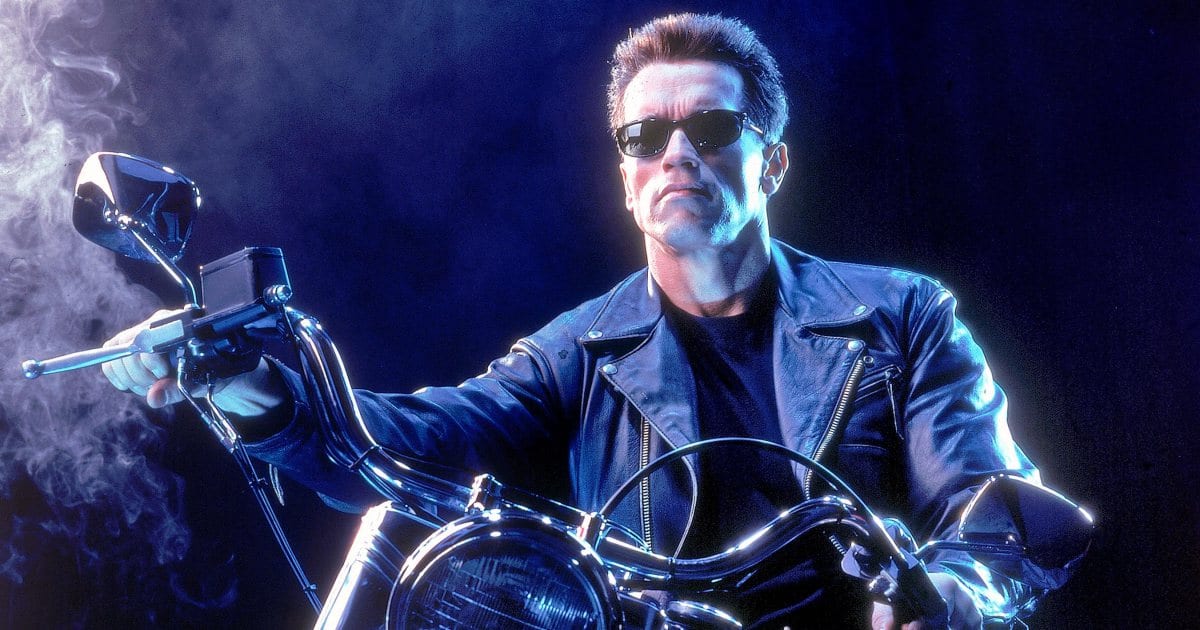 After Terminator: Genisys stunk up theaters in 2015, it appears that Paramount is once again looking to create a new series of movies for the franchise.

James Cameron and Tim Miller have previously discussed the possibilities of a new Terminator trilogy, and now it appears that this idea will actually come to fruition.  The latest Terminator film will be released on July 26th, 2019, according to Paramount and Skydance.

In another twist, it appears that both Linda Hamilton and Arnold Schwarzenegger will reprise their iconic roles.  The film will also retcon every Terminator film after Judgement Day, hoping to inject some much needed life and respect back into the franchise.

Deadpool director Tim Miller will take control of the project with James Cameron working as an active consultant during production.  The film will be based off of a script written by David Goyer and Josh Friedman.

The best word to describe this news is: why?

Although there’s certainly some promise with Cameron and Miller heavily involved in the project, we’ve certainly been duped by Terminator before.  The old adage “fool me once, shame on me, fool me twice, shame on you” doesn’t even apply in this instance anymore, as we have now been tricked three times by the franchise.

Not to mention that writer David Goyer has had his fair share of misses outside of his work with Christopher Nolan, including films such as Batman V Superman and Ghost Rider: Spirit of Vengeance.  His scripts have been quite messy in recent years.  In a time where Terminator scripts continue to get more confusing, this notion is the last thing the franchise needs to hear.

Where could the franchise go from here?  Your guess is as good as mine.  If there was any group of people that could save Terminator and allow it to breath life once again, it would probably be James Cameron and Tim Miller.  However, considering Terminator: Genisys tanked at the domestic box office, it’ll take a serious effort for the sixth Terminator film to work.

Thanks for reading!  What are your thoughts on the new Terminator movie?  Comment down below!

[…] movie being gradually replaced with standard revenge/action tropes. The psych ward escape felt very Terminator 2 at times. Did Adrian’s suit give him (or its wearers) extra strength […]

Hopefully it will be better than Genysis

It won’t take much to do that lol

Plus, let’s hope they don’t ruin the movie by showing the film’s plot twist in the movie’s trailer.

Meh. After everything Cameron said about Wonder Woman, I feel like I may just skip this one.

I saw earlier this week that he doubled down on those comments. He’s getting so full of himself.

All I can suggest is to talk with your wallet and don’t see it. Let it starve to death in theaters

I will certainly do that if it’s not critically acclaimed. At this point, any Terminator films need to incredibly well received to have any chance.

I’m hopeful, since Cameron is involved, but frightened because David Goyer’s writing the script. If it were Cameron writing the script I’d be at ease, but every Terminator film following Judgement Day has been ?. Hopefully it works out. If only every Alien sequel after Aliens didn’t exist.

Shockingly, I actually have a soft spot for Prometheus, but I get your sentiment lol.

Sometimes it just seems that some franchises can’t be killed. I am a massive terminator fan myself, but after Genisys even I thought it was simply time to let Skynet win and end it all. The only redeeming thing about this is that Cameron is involved, but honestly I’m look you: I can’t get my hopes up for this anymore.

Sarah Conner Chronicles would have worked for me–easily the best post T2 take. Since then, meh. Though Genisys still looks like great art compared to Salvation.

I can’t say I’m a fan of any of the films, all of them have been just sooo disappointing.

Gotta do it before Arnie drops dead

They really just need to cut their losses and move on