The Curse of the Black Pearl 15 Years Later: What’s the Next Disney Ride that Deserves a Movie? 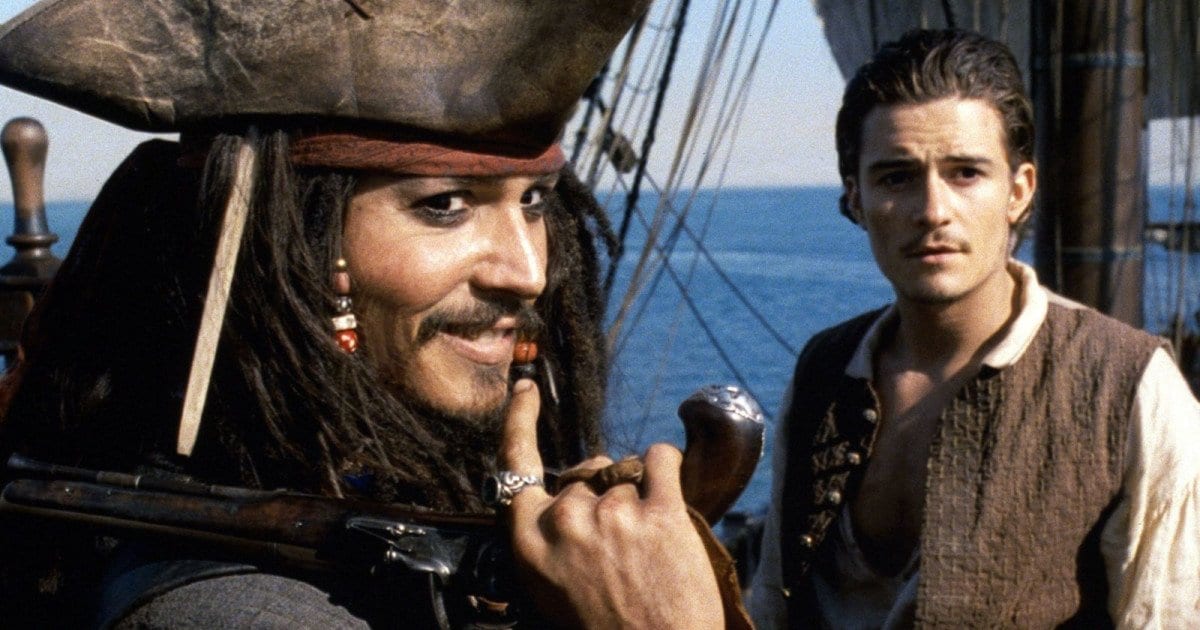 On the anniversary of  Pirates of the Caribbean: The Curse of the Black Pearl (2003), we address a familiar question.  Which should come first, the Disney movie or the Disney Park attraction?

July 9th marks 15 years since Pirates of the Caribbean:  The Curse of the Black Pearl hit theaters.  Amusement park attractions based on movies have far exceeded movies made from them.  Let’s try to figure out why Pirates succeeded where others didn’t before we nominate the next theme-based motion picture.

Disney trivia question!  Did you know that Mission to Mars (2000) starring Gary Sinise and Don Cheadle was also inspired by a Tomorrowland attraction of the same name?  The attraction was closed almost ten years before Mission to Mars came out.  Otherwise The Country Bears was the first film based on an active Disney attraction.

The Disney movie Tower of Terror (1997) was made for TV so let’s skip it for now.  Based on the popular live musical Country Bear Jamboree, this musical comedy starred Christopher Walken and featured the voice of Haley Joel Osment, acclaimed for his role in The Sixth Sense (1999) opposite Bruce Willis. 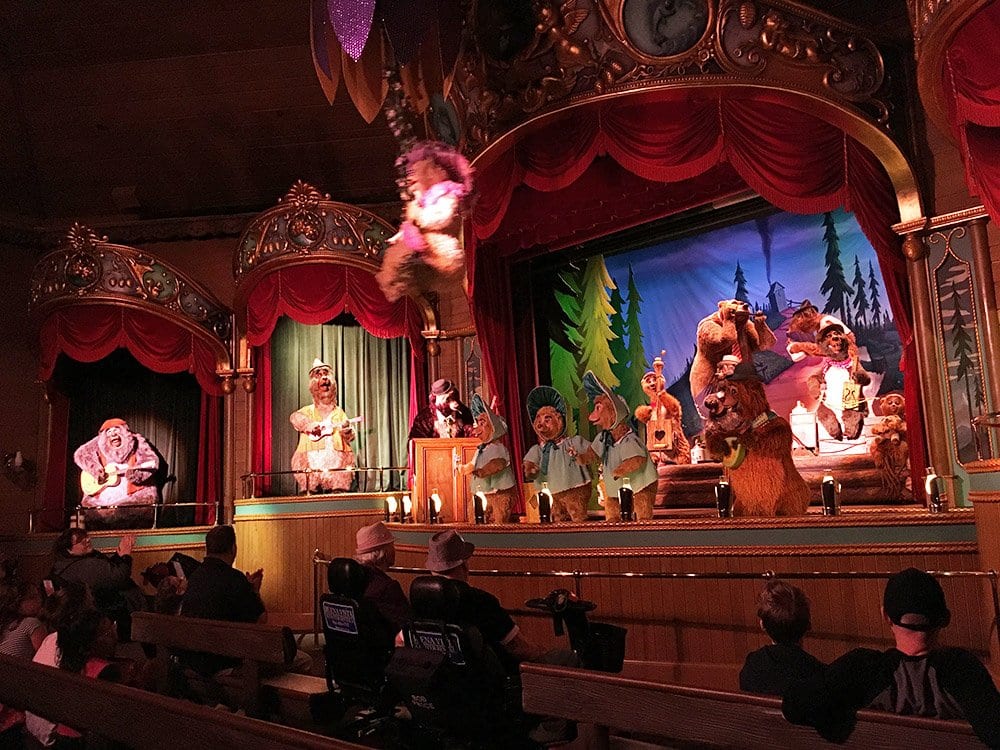 Consider the fact that any musical featuring the talents of Bonnie Raitt, John Hiatt, Elton John and Don Henley will breathe quality.  Add to it visual effects production by Jim Henson’s Creature Shop.  Then top off the cast with the likes of Willie Nelson, Queen Latifah and James Gammon.  With this much ability brought together, the potential was high.  The result?  Call this another example where the whole was less than the sum of its parts. 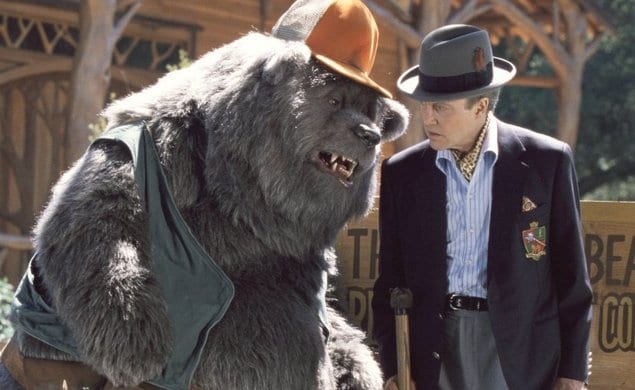 By box office measure The Country Bears bombed.  The critics panned it.  Many have argued that making a good movie from a video game is near impossible.  Movies are a medium of story telling and video games typically come without a story.  Hence the dilemma.  Much the same could be said about an amusement park ride or attraction.  Was Disney reaching too far with this concept or was it simply a matter of making a few adjustments to deliver an audience pleaser?  The company pressed forward with two movies the next year for the answer to that question.

Filmmakers had no time to learn from the mistakes made with The Country Bears.  Had Disney chairman Michael Eisner gotten his wish, there wouldn’t be a Pirates movie for us to write about.  The Pirates attraction plays to a more mature audience than Country Bears, and the movie’s PG-13 rating, a first for Disney Pictures, showed a willingness to follow suit and target older kids and adults.

Johnny Depp proved worthy of big box office for the first time with The Curse of the Black Pearl.  Some called it a risky choice, yet films he has headlined have consistently drawn high grosses.  His last ten in fact.  Only Alice Through the Looking Glass (2016) and The Lone Ranger (2013) failed to meet expectations.  Geoffrey Rush turned out to be perfect in the role opposite Depp.  His career has climbed to greater heights since, including his memorable role in The King’s Speech (2010).  Having a strong ensemble cast was a factor.  With Orlando Bloom in another key role, Pirates might have benefited from his presence in the highly successful Lord of the Rings trilogy.  And let’s not forget Keira Knightley, who became a bankable star with her performance in the breakout hit Bend it Like Beckham (2002).

The vision realized, the target of every production.  Some reach it, others fall short.  Those that come close find frustration when the results do not capture the imagination, thrill, or bring joy at the level hoped.  When you find yourself marveling at the imagery, lost in the active interplay between characters and mesmerized by the genius of the historically unique Captain Jack Sparrow, well, you can simply applaud the effort. 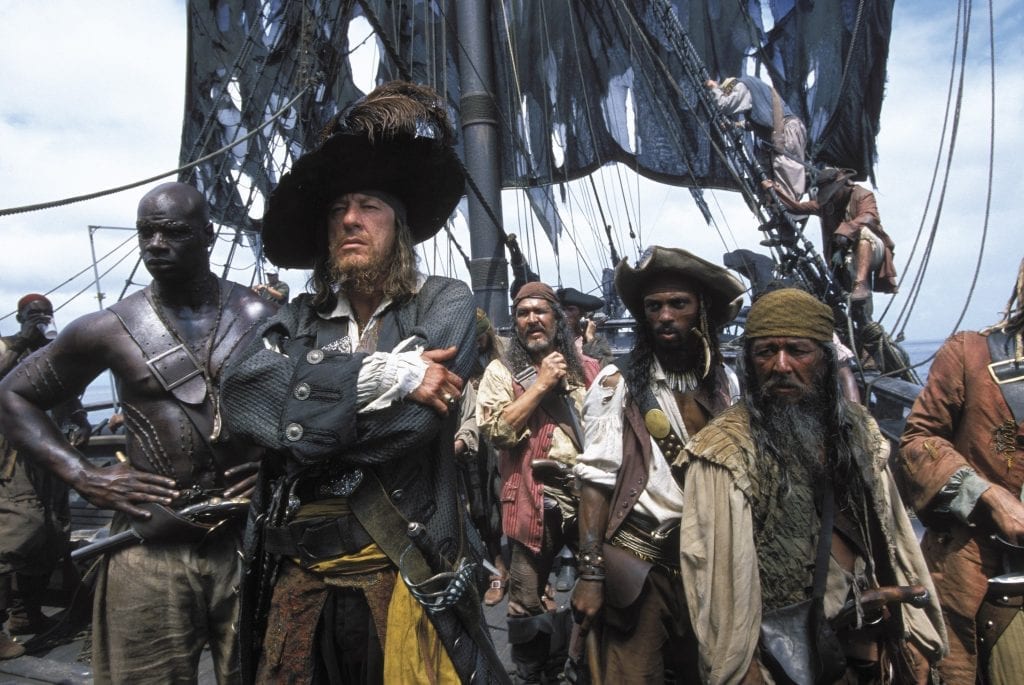 The Haunted Mansion Tests the Waters

If this $90 million budgeted ghost story was meant to ride the wave created by the success of Pirates, it sunk.  Pirates of the Caribbean made four times the domestic box office as The Haunted Mansion which had a more bankable lead in Eddie Murphy. Surprisingly, The Haunted Mansion under-performed 13 of his previous films including Daddy Day Care, released just 6 months earlier.  It also under-performed 6 of the movies he’s done since.  In contrast to the daring script, casting and score that are Pirates of the Caribbean hallmarks, The Haunted Mansion’s too careful approach left little room for laughs, frights, or any memorable moments. 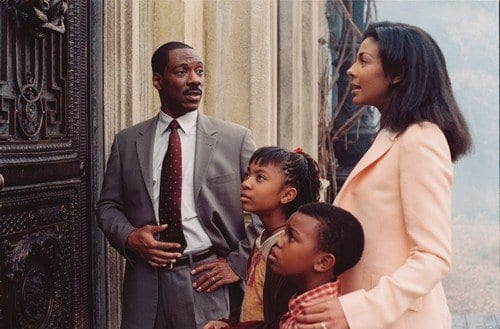 Disney appears committed to creating original movies from theme park ideas.  Despite the failure of the most recent effort.  Tomorrowland (2015) lost over $100 million by most estimates.  But why?  Where Pirates of the Caribbean tried to entertain, Tomorrowland sought to educate.  One film glamorized pirate lifestyle, the other moralized about selfish behavior.  In the end, Tomorrowland tried to do too much.  All credit to wanting to have a message, but at what cost? 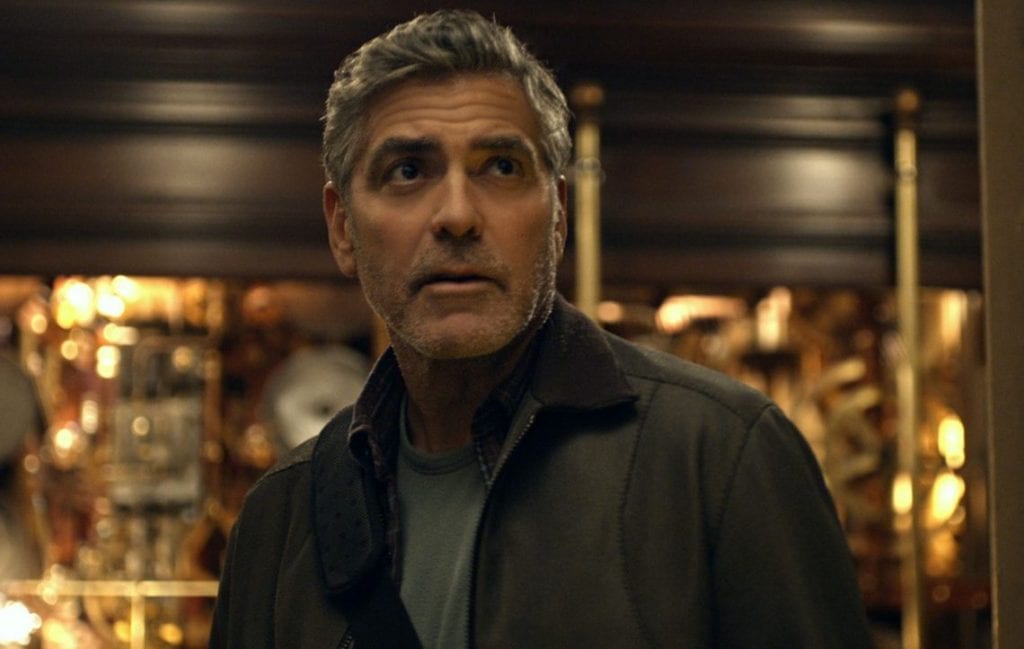 Which Disney Attraction is Next?

Can you predict the next on-screen Disney park attraction?  Where do you see potential?  Perhaps the Matterhorn or Space Mountain roller coasters.  Then there’s Splash Mountain or the ever-popular Big Thunder Mountain Railroad.  If Pirates of the Caribbean: The Curse of the Black Pearl wasn’t the exception, the rewards for finding the next big franchise are worth the risk.  The proof is in the planned remake of The Haunted Mansion.  Guillermo del Toro is championing the effort.  Perhaps he will help create a clear vision that audiences will embrace more than the original.  Otherwise maybe Disney was right in the beginning when it made Tower of Terror for direct to television release.  Will that be the future?

Thanks for reading!  What are your thoughts on The Curse of the Black Pearl and Disney movies made from park attractions?  Comment down below!

I can’t wait for this Haunted Mansion remake to happen! Oh, I think you meant to say “Guillermo del Toro” instead of “Benicio del Toro” when talking about the remake.

Thanks. You’re right! How could I have mixed those two up?

My Favorite Actor is Johnny Depp. I know he’s had some controversial issues of late, but still does not change my opinion that he is a clever actor! Love these movies!

Remember actors aren’t perfect. Far from it. Just like the rest of us. Think about Robert Downey Jr. his success with Iron Man almost never happened. He made a lot of mistakes before then. I think Johnny Depp is one of the most gifted actors of all time. These things are often revealed by the body of work over time and their most significant contributions. Pirates of the Caribbean- Captain Jack Sparrow – counts as a significant contribution. Some never get to fill a complete body of work, like James Dean.

Quite honestly I really loved Tomorrowland. It’s a real shame that this movie failed as I felt it was a bit of an oldschool feel good movie, with a wonderful story, some great characters, and just that old movie magic 😊

I think it goes to show how even a movie people like can be overshadowed by the amount of money it costs and the expectations to profit from it. Disney is after all big business. Tomorrowland could have been better off made for television

I think that is quite true. It really is a shame how some films just seem to be overlooked or ruined in some way by things like this. But then again, I always think a film is personal anyway. What some people like, may be totally hated by others. But that’s only what makes watching movies so much fun 😊

For one thing, I LOVE The Black Pearl. It was such a delightful film. For another, I also think Tomorrowland is a largely underrated middle of the road movie.

But that Haunted Mansion was bungled is to me, the biggest problem of them all. It’s got a much better story than most attractions, and a ton of potential, as a sort of all ages Gothic Romance.

I’d love to see a Jungle Cruise film, I know it’s been talked about!

I’m 99% certain that the Jungle Cruise movie is happening! They’ve cast the The Rock and Emily Blunt in it!!

I’m all in for Jungle Ctuise! If Ghostbusters can be a hit, I agree Haunted Mansion could work the next time.