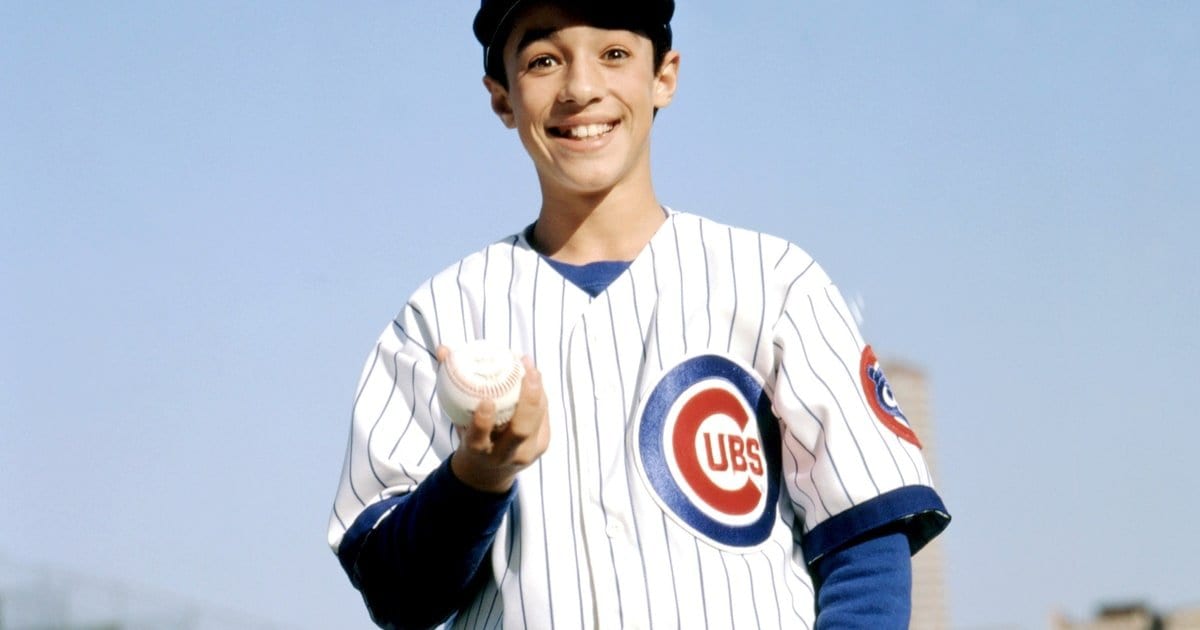 Time to celebrate Rookie of the Year’s 25th anniversary!

I’ll be honest — Rookie of the Year (1993) will never be near as good as The Sandlot (1993), but it’s sure funny. The lovable film stars Thomas Ian Nicholas as Henry Rowengartner — a boy who gains the almost supernatural ability to pitch blazing fastballs; his newfound ability helps him earn his way into the major leagues, specifically the Chicago Cubs. Of course, transitioning to the big leagues isn’t as easy as it may seem.

Let’s go through some of the factors that make this movie so great. First of all, young naiveté. Second of all, baseball. Much like The Sandlot, it puts its own spin on these elements. However, it also has a third element: family relationships. All of these combine to make a truly memorable film.

Boys Will Be Boys

Any coming-of-age or sports movie will have this common theme running through it. Henry is a normal boy just like others his age — he hangs out with friends, plays sports, and gets himself into more trouble than he get himself out of. 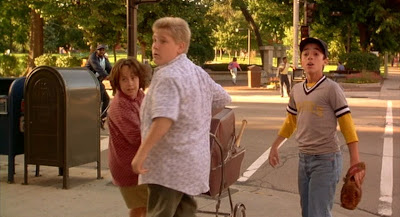 Image via It’s Filmed There

While society sometimes makes our children grow up too fast, this movie reminds us that they’re really just kids. Throughout Rookie of the Year, we are reminded of how young Henry really is. At a fancy party, he chooses to play pinball rather than fraternize with women. He shoves as much junk food into his mouth as he can get when he gets his own hotel room. And his friends and him have the same dumb conversations and observations that adolescent boys have.

Honestly, I’m getting tired of the modern trope of kids having to grow up too fast — I want more childhood nostalgia! This is a film I love to return to when I want to remind myself that kids are still kids.

I’ve said it before and I will continue to say it until I die — baseball brings America together. It just screams patriotism and love for country. Sure, not everyone loves baseball. But you can’t tell me you don’t love sports events, being with family and friends, or, heaven forbid, that you don’t love a good ballpark hot dog. (If you don’t, please reconsider your priorities in life because hot dogs are at least third priority for me.)

Rookie of the Year shows why Americans love baseball so much. It incorporates the elements I’ve mentioned above, but it’s more than that. It’s being able to root for the underdog. It’s cheering on your peers and your idols. When you’re a part of a large crowd all hoping for the same thing, you get the same feeling that our revolutionary ancestors felt when they stuck it to the British (no offense against the Britons, I’m a big fan of Tom Holland). Baseball brings people together of all cultures.

Not to mention that this movie focuses on the Chicago Cubs, a team that deserves every hard-fought win and all the media coverage it can garner. Heaven knows that they deserve it. Image via Every Movie Has a Lesson

What I truly love about this film is the fact that it goes a different way in regards to the family. Henry isn’t part of a nuclear family with a Daddy and a Mommy and a few siblings. Henry is the only child of his mother, Mary, who has a boyfriend named Jack who turns out to be incredibly manipulative and selfish (all douchebags in movies are named Jack).

Considering that this film was made in the early 90s, when families were becoming more unconventional, this was a good move on director Daniel Stern’s part. It allowed for not only kids to enjoy the film, but they could also connect to it in some way. Sure, they would always connect to the “boys will be boys” theme or the childhood innocence of it all, but unless they wanted to watch a Disney film or an animated film, kids films didn’t always portray family situations very well for them.

Not only that, but there isn’t animosity between the two. Henry absolutely loves his mother and Mary loves her son. There isn’t an underlying rebellious streak in Henry to defy his mother. Mary isn’t trying to secretly undermine her son’s success in some way. They both just want to see the other happy, and that’s something I wish I saw more of.

However, Rookie of the Year brings to the table some great gags and a touching message about never giving up. It also portrays a healthy, unconventional family relationship and that no matter what a family looks like, it can still be full of love.

I don’t care what critics may say about this film — it’s sweet and it brings a smile to my face.

Thanks for reading! What are your thoughts on Rookie of the Year? Comment down below!

Some great points here, especially “Just Brickma” — “Hot ice. You heat up the ice cubes. It’s the best of both worlds!” And I agree with you that it, though it wasn’t as good as the other baseball films you mentioned, it does still shine as a very funny, lighthearted film. I would also give a shout-out to 1994’s Little Big League, which has a very similar theme and story, and holds onto the same magic that kids sports movies just don’t seem to have nowadays. Perhaps you can do a similar article next year to celebrate their 25th anniversary!