What Makes The Sandlot So Great 25 Years Later? 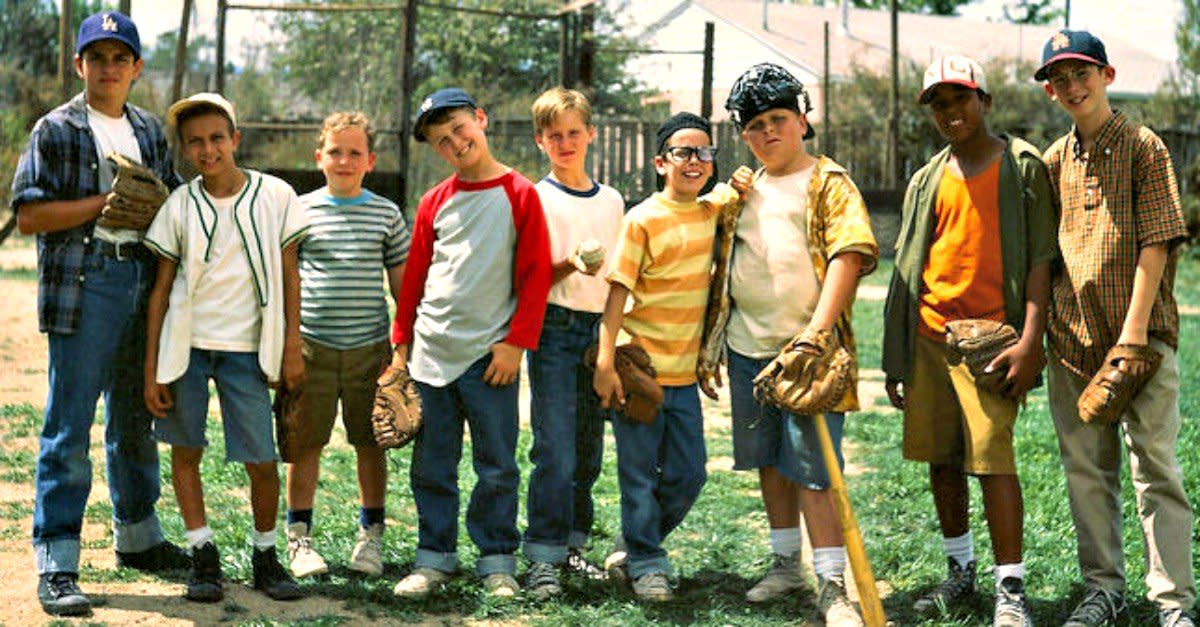 Can you believe that it’s been 25 years since we first learned how to make a perfect s’more, how to get a cute lifeguard to kiss you, or how to retrieve a priceless baseball — signed by “Baby Ruth” — from a giant dog called “The Beast”? Today, we pay tribute to The Sandlot (1993) — a classic, coming-of-age film that teaches us the true meaning of friendship and transports us back to a simpler time.

What makes this such a classic? Is it the numerous quotable lines and quips? Could it be the heavy-handed 60’s sentimentality? Maybe it’s just the humorous situations the boys find themselves in? Or perhaps it’s the morals and values we learn as we go on adventures with the boys?

Whatever the reason, The Sandlot is an excellent family film that makes us laugh and smile — something we could all use a little more of.

If you’re like me, you’ve most likely seen this line on numerous T-shirts, usually accompanied by a still of Hamilton “Ham” Porter’s face in mid-exasperated shout.

It’s such a basic line and yet it’s so classic that it’s seeped its way into our pop culture. I know I’ve said it more than once when frustrated by a friend’s movie trivia ignorance.

But it’s really only the tip of the iceberg in a movie filled with quotable lines. Here are some of my favorites:

“Anyone who wants to be a can’t-hack-it pantywaist who wears their mama’s bra, raise your hand.”

Now, I’m not saying that the more quotable a movie, the more classic it is. However, in this case, the quotes make this movie even better and it’d be lost without those iconic lines.

60’s Nostalgia and Longing for Childhood

Let’s face it — none of us had as good a childhood as a kid in the 60’s playing baseball with his buddies in the summer. Even if you did, movies like this only bring back the painful reminiscing for our dearly-departed childhoods and trigger those pleasant memories that make our lives worth living.

There’s something about listening to Ray Charles’ version of “America the Beautiful” while gazing at fireworks on the Fourth of July that just evokes that sense of nostalgia we all crave. Playing baseball with friends, going to the drug store for a soda, hanging out in the communal treehouse — they prompt a flood of memories and yearning for the uncomplicated experience of youth.

Through joshing and name-calling, silly superstitions and overactive imaginations, overcompensating male bravado and poorly hidden fear, The Sandlot makes us laugh and smile through the ache of longing for the simpler times.

While the movie itself is obviously about much more than just baseball, the beloved American pastime is a big element to the film. Sports are a major part of our culture. We come together through sports; we find ourselves through sports; and we make life-long friendships through sports.

Whether you play or not, there are many lessons to be learned by hitting a ball around. Smalls learns the power of friendship and working together through baseball. The boys learn not to give up in their quest to regain the famed “Baby Ruth” ball. Smalls’ father eventually connects with his son using baseball.

It’s not just that the movie is about baseball — it shows how baseball can bring us together.

The Sandlot doesn’t scream patriotism at you or how you should love and honor your country, but it does evoke that American spirit that we all adore.

It seems like people have forgotten the simple things that bind us together — those things we all have done or continue to do. We’ve all hung out with friends and done stupid things in the name of curiosity. We all love a good Fourth of July barbecue with fireworks. Even if you don’t like to play baseball, it’s always fun to watch friends play.

Plus, it teaches those values we aspire to have in America. Don’t judge a book by its cover. Friends are there for each other and don’t leave anybody behind. Our natural curiosity brings out the almost maniacal creativity inside of us. We don’t give up until we’re forced to — and even then we don’t quit.

With heavy-handed American shots (like the aforementioned Fourth of July scene) and subtle American values, The Sandlot reminds us of what it means to live in the land of the free and the home of the brave. 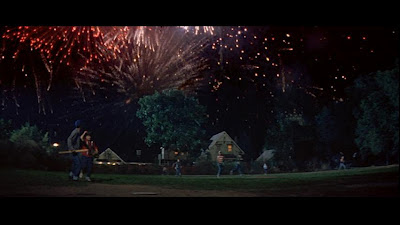 The Power of Friendship

I’ve already heavily alluded to this, but the best part of this movie is probably the quirky yet typical friendship between the boys. It may remind us of our own friends or it may be something we aspire to, but it’s something we all enjoy watching.

It gives an example of what friendships should be — friends supporting friends even through the wackiest experiences. Friends doing anything to help their friends out. And friends teaching friends to help become the best people they can be.

We think it’s hilarious when Benny tries to teach Smalls how to throw a ball because we’ve all had that one friend who just isn’t very good at something no matter how hard they try. Rolling our eyes at Tommy “Repeat” Timmons, we remember the kid who was forced to bring his annoying little brother whenever he hung out. “Squints'” antics remind us of that one friend who was so desperate to fall in love that they did the craziest stunts. 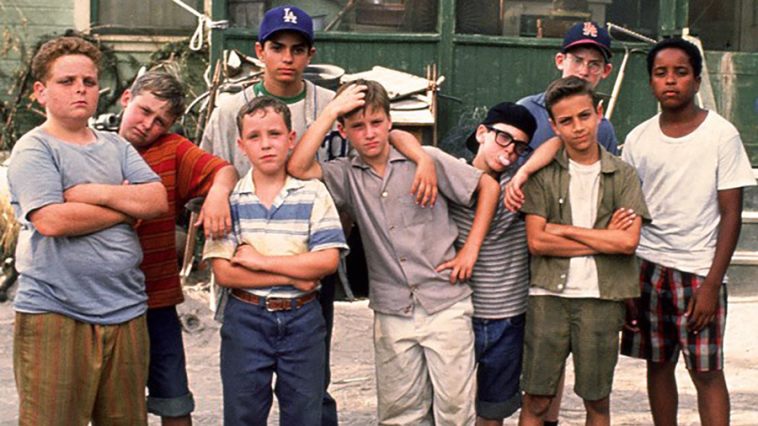 And that’s what makes The Sandlot so great — it’s relatable. We all have weird friends and we all do dumb stuff. But we do our best to make things better, laugh it off, and move on. Just like the Sandlot gang did.

Thanks for reading!  What are your thoughts on The Sandlot?  Comment down below!

I actually say, “yea yea”, everyday, all the time. I think it may have started from this movie but I don’t know.

I absolutely love the Sandlot! It is one of my favorite movies, and it came out the year I was born. It’s definitely in my top ten along with The Bad News Bears (the original one). The Sandlot has such a powerful message in it about friendship and enjoying your youth, and it’s a good feel-good movie.

While my childhood was nothing like that and more lonely if anything, the film warms my heart and makes me feel as if I am a child again and one of the sandlot kids.

The first Sandlot sequel wasn’t that great, but I did enjoy the third one The Sandlot: Heading Home.

I’m with you–my childhood probably wasn’t as carefree as this but it sure brings back good memories and makes me want to go back to those happy days of youth. Although I’m still pretty young lol

The Milwaukee Brewers recreated The Sandlot during Spring Training this year:
https://www.youtube.com/watch?v=3SQjoGO773Y

Oh my gosh I’m so glad you brought that up because–as a Brewers fan myself–I laughed so hard at it!

I thought it was great, but the kids might have been better actors than the players!

Just saw this video, it was adorable and hilarious! Such a creative parody!

Couldn’t agree more! I’m one of those 60s kids. Things were modern enough without having moved into the high-tech world that keeps kids glued to the couch and their iPhones. Perverts weren’t so rampant that you had to ride to school in an armored bus, and parents didn’t start freaking out if you were out of view for thirty seconds. The safety commissions hadn’t taken all the best toys away from us, and a ride in the back of a pickup on a hot summer day was a treat without equal. My folks used to push me out the door after breakfast, and they didn’t expect to see me again until the street lights came on. Movies like this, Stand by Me, and their stablemates capture all the great things we remember, generally without the negatives, and there were plenty!

What a wonderful review of a time long-past that we’ll never see again. It’s great to be old, not because of the aches and infirmities, but because I got to be a kid at a time before society and the lawyers stripped all the fun out of it. Thanks so much for this piece of nostalgia!

Glad you enjoyed it! I’m so glad you mentioned Stand By Me. One of my favorites because of how funny it is to watch kids just being kids and going on adventures. I for sure wish I had been born in a simpler decade!