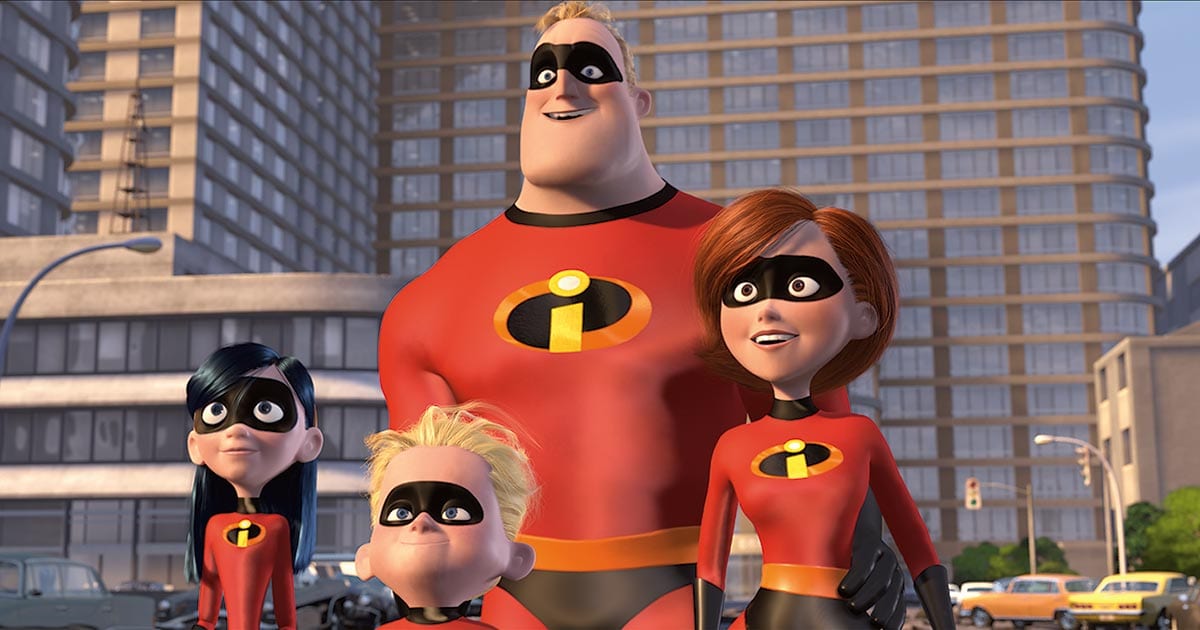 Next week, The Incredibles 2 (2018) will hit theaters, and you’d best believe that I will be eagerly waiting in the theater queue to see my favorite family kicking evil butt once again. I grew up watching The Incredibles (2004) and — even though I have a stated aversion to sequels — I’m so happy they decided to give this incredible film (pun intended) a companion.

But, how did The Incredibles even get so popular in the first place? What made it stand out among other animated films that came out the same year, like Home on the Range (2004) (another Disney film) or Shark Tale (2004)? What makes it stand out compared to other Pixar films like Cars (2006) or Ratatouille (2007)? As always, there isn’t just one factor contributing to its success.

Okay, this is probably the most obvious reason but Pixar made The Incredibles — need I say more? In 2004, Pixar was to the point where they probably didn’t even need to advertise that much to start a craze. As long as the movie had the word “Pixar” involved with it, it was going to be a hit. After all, kids had been brought up on classics like Toy Story (1995) and Monsters, Inc. (2001).

While they really didn’t need to do much other than say the name of the movie, Pixar made a hilarious little sneak preview to advertise their movie. How many of you remember this:

I vividly remember watching this preview before some of our old Pixar movies. Even when I was young and barely understood humor, I laughed at this scene. The physical comedy pulled in both kids and adults alike and started a buzz about the movie that fueled its success. In true Pixar fashion, the audience was immediately hooked.

While Disney sure loves to kill off its parents, The Incredibles was one of the few films that included a family with both a mother and a father. Not only that, but there were three children — unlike the only child trope Disney abuses. 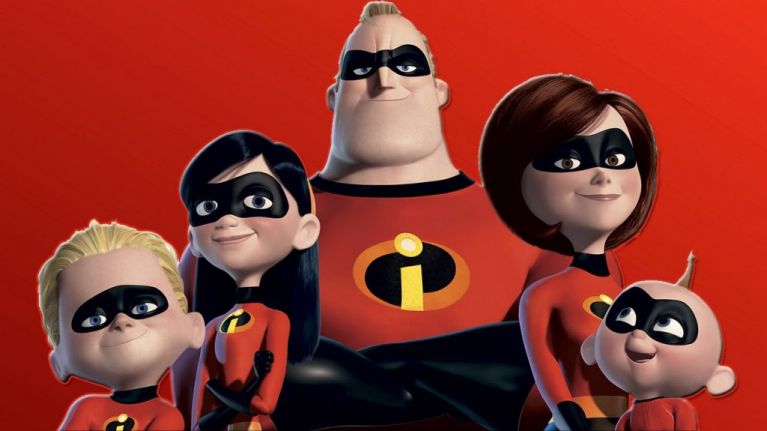 It was something that kids and adults could relate to. Sure, they didn’t have superpowers like the Incredibles, but they also had family issues like them. Sometimes the kids didn’t get along. Parents got into arguments. Raising a baby could be difficult (especially when that baby spontaneously combusts). But, if families pulled together and remembered how much they loved one another, they could be just as awesome as the Incredibles.

The Incredibles is an interesting children’s film in that a lot of it will go right over kids’ heads. When I was younger, I didn’t understand anything other than Syndrome was a villain and the Incredibles were going to beat him — and that was all I cared about.

Now that I’m older, I understand the themes of work stress, family issues, adolescent crushes, and the more noir-ish elements of the film. It’s a fantastic movie for kids and parents for this reason.

Just like superhero films today, The Incredibles appeals to many different audiences at the same time. It gives kids the action and physical comedy that instantly grab their attention. Adults will love the more mature humor slipped in and understand more of the exposition. Both will love the trope of the good guy beats the evil guy. And, of course, they will resonate with the idea of a family’s love.

There are two characters in The Incredibles that everyone loves and can probably quote.

Let’s start with Edna Mode. Miss “No Capes” herself.

This woman is absolutely amazing. She’s small but packed with attitude. Her casual demeanor mixed with just a little bit of crazy (actually a lot of crazy) make her such a great character. Sure, she’s a bit off her rocker, but she’s always there with a bit of motivation and an awesome suit to get our heroes through their battle with evil. And, of course, protecting them from those evil capes.

The second character has only a few lines of dialogue, but is just as iconic. Ladies and gentlemen, I present Mrs. Frozone:

I am fervently crossing my fingers and hoping that The Incredibles 2 is just as awesome and quotable and hilarious and heartwarming as the original. I hope there are even more entertaining lines and gags that I can quote to my friends. I hope that we get to see the relationship between the family members develop and strengthen even more.

Most of all, I really hope that none of The Incredibles spirit and Disney magic has dissipated over the year, because this is one sequel that I have high expectations for.

I am so excited for this movie! Thank you for reminding me why I loved the original film so much. <3

I love the Incredibles! I loved the first film growing up, basically because I’m a big fan of superheroes! I love the characters, my favourite being Frozone! I’m looking forward to seeing this second film!

My absolute favorite of all the Pixar movies. Can’t agree more about Edna. Who can resist loving her? I am keeping my expectations low for the sequel because I don’t want to find myself being disappointed with this lovable family. Thanks for covering this.

Edna is The Incredibles’ Jar Jar—ultra-annoying.

As a critic/writer who specializes in animated productions, I’d argue that The Incredibles isn’t a kid’s film at all, similar to most high quality animated fare. It’s a movie that works on some level for everyone. It’s also my personal favorite film of all time, and I do think it had quite a bit going for it as you said, from the amazing family dynamic, to the ever-quotable Edna Mode and Frozone, and the Pixar cache. I think its popularity was well earned though- it was a standout film in a fairly unremarkable year for its medium (2004), and it’s got a timeless sort of story that aged well and managed to stay unique even as the flood of superhero movies that came in the next 14 years inundated the market. Everything came together nicely for this movie, and as a result, the sequel is well-anticipated, and rightfully so, given how unusual it is to say that about animated sequels, or even sequels in general.

(I also might just have to write some of my own thoughts on the original film this week with the Incredibles 2 premiere looming, so thanks for the inspiration!)

I’ve always liked The Incredibles, but never to the extent that most people seem to these days.

Toy Story (1995), The Incredibles, and Wall-E are my top all-time favorite Disney/Pixar movies. 😃