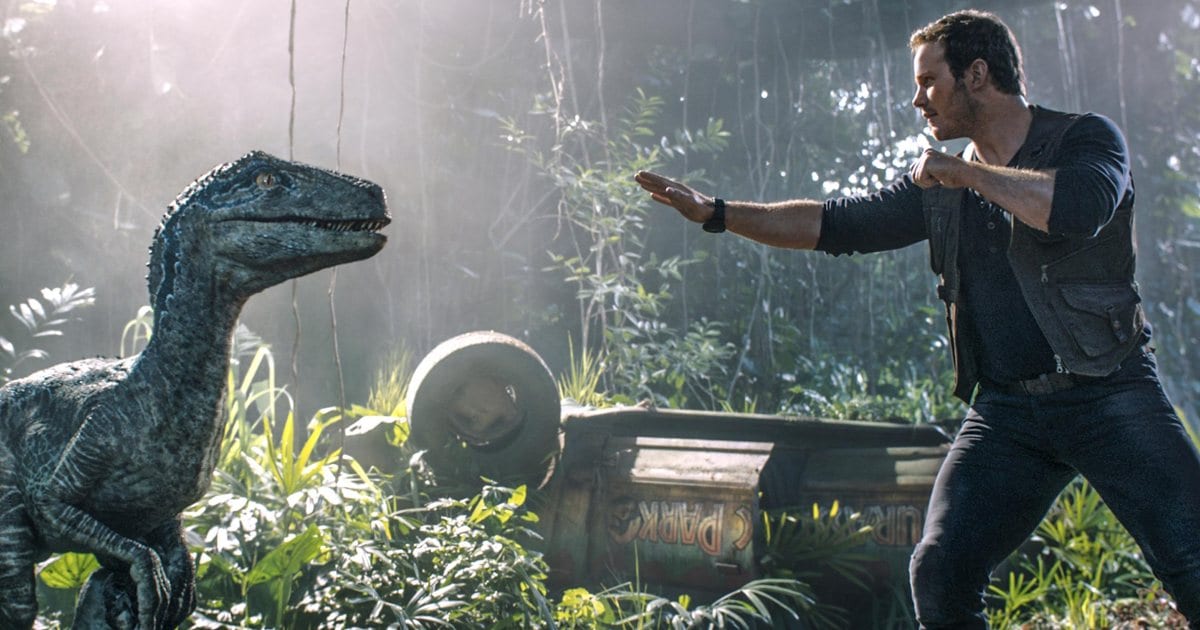 It’s understandable to make a bad movie.  It happens.  There’s so many moving parts that go into even the smallest production, whether it’s the direction, screenwriting, acting…all the way down to the assistant that brings coffee to the set.  We sometimes forget it, but moviemaking is really, really hard.

But then, some movies and the people behind them have the nerve to fight back against those that dislike the film, so much so that individual critics end up on morning shows detailing their harassment (we feel your pain, Dan Murrell), and that type of behavior has a special place in movie Hell (not to mention that the film in this particular case is nonsensical).  Those particular films are indefensible.

Action Point is a nothing movie with no depth or thrills.  You can watch it and not hate it, but you’ll quickly forget it. 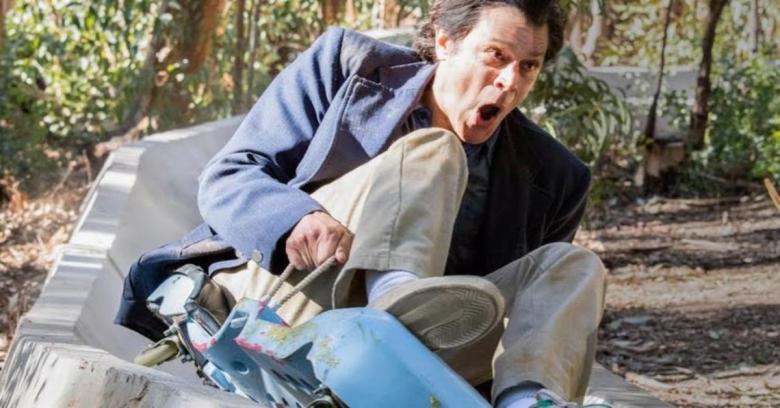 Perfect schlock is a balance that’s almost impossible to achieve.  And while many fans of the Jurassic franchise wish that it would return to its more intelligent roots, Jurassic World: Fallen Kingdom is sign that the franchise is going all in on stupidity, but there’s just one problem…well, maybe two: it never strikes the proper tone to go along with its idiotic script.

Fallen Kingdom is oddly depressing in its construction, forgetting the silly thrills of 2015’s Jurassic World for a horror aesthetic that remains lethargic and never thrilling.

However, what people remember of Fallen Kingdom will be its bizarre script that consistently one-ups itself in the stupidity department.  From another genetically modified dinosaur to more paper-thin characters, there’s nothing to distract every dumb decision made.  Fallen Kingdom isn’t fun schlock, it’s pure stupidity.

And when you think about it, Fallen Kingdom is merely a placeholder film to get to the film that Collin Trevorrow and Co. wanted to make all along.

Let this be a lesson to all filmmakers and producers out there: if your movie tanks with critics, maybe it’s a better idea to just take it in stride and move on with your life, not call every critic a “troll that sits behind a keyboard.”

The MoviePass co-distribution still sits at a whopping 0% on Rotten Tomatoes, and for good reason.  The mafia film is basically nonsensical, shifting POV every few minutes without a clear theme or idea.  Gotti even jumps all over its own timeline with multiple framing devices.  Does a mob movie really need the narrative complexity of Primer without the intelligence?  It doesn’t help that there are dozens of characters that the movie expects you to know and remember within five seconds of their introductions.

Shockingly, John Travolta avoids another cartoonish performance as the titular character (although seeing him yell “FUHGEDDABOUDIT” gets him very close), but every performance feels staged, like each actor watched a slew of classical New York gangster movies and remembered the greatest hits.

But at least there’s multiple Pitbull songs in Gotti, because when I think of the Teflon Don, my mind immediately goes to Cuban house music.

Other movies in the month of June still made me angry (or sad — or a combination of the two), just not quite to the level of the three films above.  Let’s extend the discussion of the worst movies of June 2018, shall we?

Sicario: Day of the Soldado

I went on a mini rant in an article I wrote about this movie.  This movie is lucky it has a great director that expertly creates wonderful tension and action, but everything on a thematic level is cold, and not in the way that was intended.

Day of the Soldado feels like a ploy for cash down to its very existence.  I can’t get behind that. 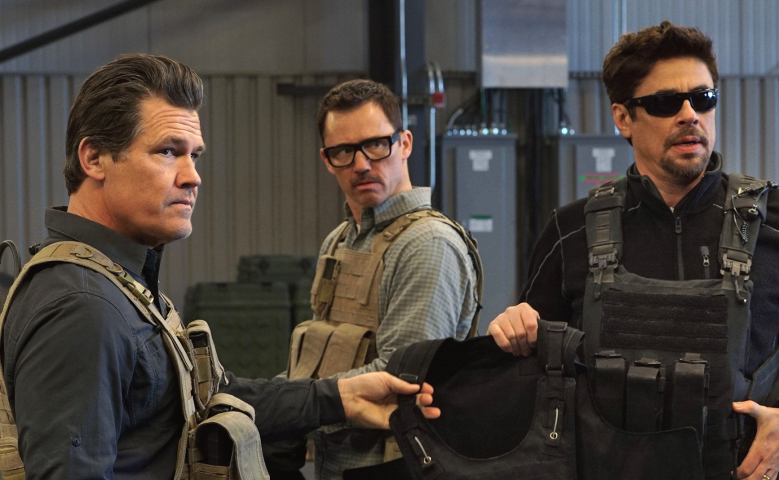 Based on the best-selling book that chronicled this true story, the movie version of Brain on Fire is painfully average in every standard.  Chloe Grace Moretz offers another suitably stable (or unstable given the subject matter) as a woman who is slowly losing her mind more and more, but the execution of it all is mechanical, tame, and, by all counts, uneventful.  Nothing deserves a “C” grade more than this film.

To Each, Her Own

There are plenty of great stories that cover discussions of sexuality and relationships, but To Each, Her Own is not one of them.  The Netflix film starts off poorly with an unlikable protagonist that is incredibly selfish…and gets worse with a script that hinges on misunderstandings and clichés of LGBT culture.

Thanks for reading! What are your thoughts on the worst movies of June 2018? Comment down below!

Well I thought ‘Jurassic World’ was appalling so I wasn’t going to bother with the sequel – sounds like this was the right decision.

Well, this solidified my decision to spend my money elsewhere this month!

Good on you! Lol

I watched the new Jurassic world for my birthday! I loved it 😍🙌🏽

I’m happy you enjoyed yourself! And happy birthday 😁

Coulrn’t agree more about Fallen Kingdom: same, same but worse. Another genetically modified dino had me thinking I was watching a fan remake of the first Jurrasic World… sigh

Luckily, I decided to pass on both Action Point (I can’t stand Johnny Knoxville) and Gotti. Because of that, my bottom 3 actually includes one film that wasn’t all that bad, it just happens to be “worse” than everything else (and you know how I felt about Jurassic World!) Anyway, my bottom 3 films of June were: 3) Uncle Drew; 2) Beast; 1) Hotel Artemis, which is actually the only one that should technically be on this list. The other two won’t be anywhere near the bottom films of the year!

I can understand Hotel Artemis. I had a lot of fun watching these bizarre characters show up out of nowhere 😂😂

I wanted to like Jurassic World. My nephew LOVES dinosaurs, so I decided to give it a shot. It felt like a rip-off of the first movie, with a running side story that didn’t feel like it tied in. As much as I love Pratt, Jurassic Park has a horror franchise feel to it: one good original film surrounded by lackluster sequels.

Jurassic World missed the mark for me, so I am not watching the sequel. It’s sad to see it was awful, too, because they have so many cool opportunities with how much special effects have advanced since that first Jurassic Park.

The only positive I’ll say about this movie is that the effects are indeed pretty spectacular. That’s about it! Lol

Show Dogs came out in May! Believe me, I HATE Show Dogs lol it’s my least favorite movie of the year

How dare you put one and two in the same sentence! Show Dogs is the MOVIE OF THE YEEEEEEEEAAAAR!!!!