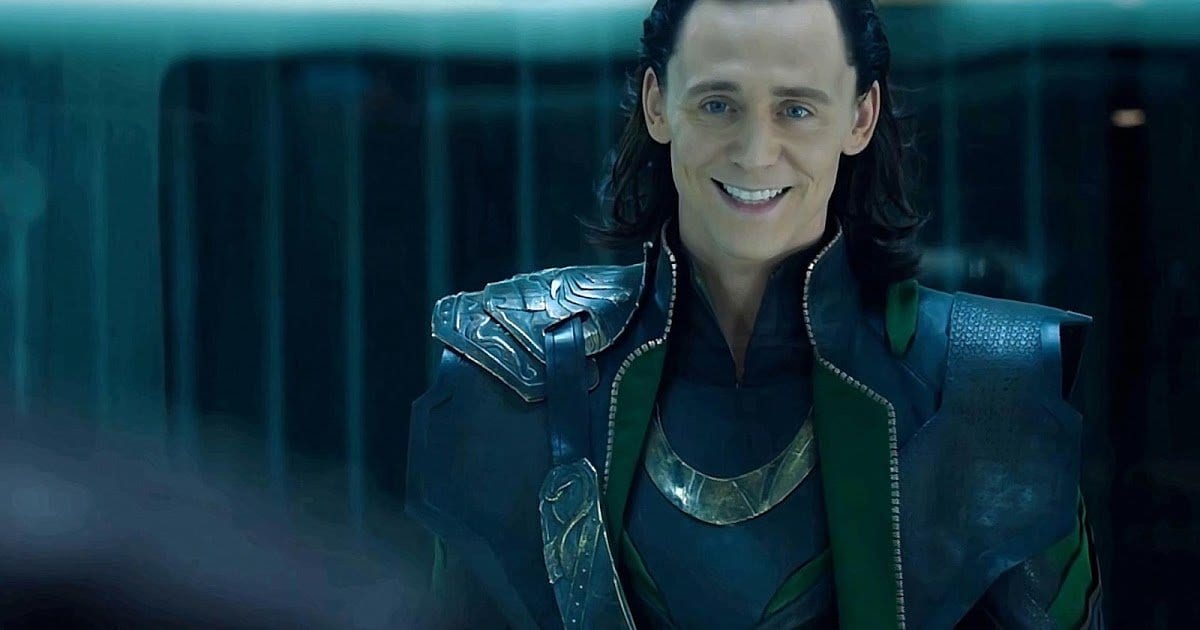 Marvel Entertainment has now produced 20 movies since 2008 and pretty much all of them have very unique antagonists. Some of those Marvel villains are great while others tend to bring their respective films down. In this article, I have decided to list the five best and worst marvel villains in the Marvel Cinematic Universe.

Sonny Burch (Ant-Man and the Wasp)

In reality, I think Ultron is probably not as bad as some of my honorable mentions. The reason I put it on this list is that he is from a movie with much higher expectations. Ultron had so much potential but he turned out to be a more refined version of General Grievous. In retrospect, James Spader probably wasn’t the right voice for the character. 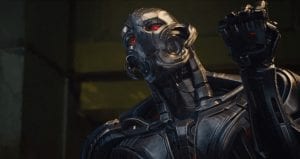 Kurt Russell gave a really nice performance as Ego, I just really didn’t like how Ego was written into the movie. Let’s face it, Guardians of the Galaxy Vol. 2 was just thrown together as a money grab and didn’t really have much to do with the MCU. The writing was pretty sloppy and I just thought the character Ego was kind of silly and dumb. The whole last scene inside Ego’s planet was one of the weirder scenes in the entire MCU. 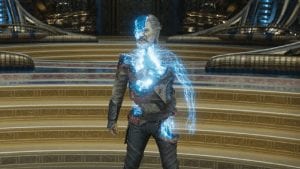 I’m pairing these two together because they are basically partner antagonists in this movie. Justin Hammer comes across as cheesy and poorly acted (similar to Walter Goggins character in Ant-Man and the Wasp). He wasn’t intimidating and didn’t even really come across as an evil guy. Ivan Vanko, on the other hand, was kind of intimidating, but the character was just so all over the place that you just don’t remember when thinking about Marvel villains. He mumbles his way through all of his lines and has a pet bird for some reason. Oh well, he looks kind of scary at least. 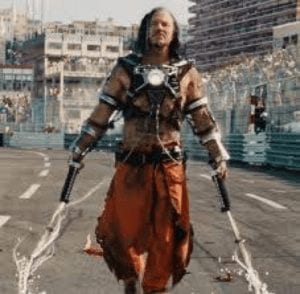 Malekith the Accursed is the ruler of the dark elves and the main antagonist of Thor: The Dark World. He attains the Aether in an effort to doom the universe to eternal darkness. Sounds like a pretty big deal right? Everything about Malekith is painful to take seriously. He is supposed to be a downright evil and threatening character who quite literally wants to bring the universe to a halt. However, he just looks, talks, and acts in a way that kind of made me snicker every time he was on screen.  All due respect to Christopher Eccleston, who is a very accomplished actor in his own right, but Malekith was one of the absolute worst Marvel villains. 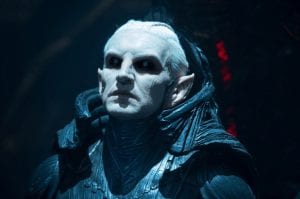 #1: Ronan the Accuser (Guardians of the Galaxy)

If Ronan the Accuser wasn’t such a joke Guardians of the Galaxy could have the potential to be my absolute favorite of all MCU movies. It is a fantastic movie filled with action, humor, and great character development. Ronan just annoys the crap out of me with the obnoxious way he delivers his dialogue.  He looks a like he’s a member of the punk-rock version of the Blue Man Group and essentially is defeated because he falls victim to the old “I’m going to buy time by dancing” routine. Even though that was a great scene, it is fitting that a stupid marvel villain died in such a stupid fashion. 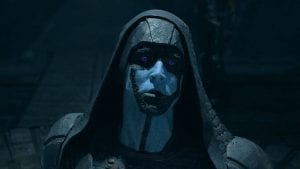 It took me some time to warm up to Hela mostly because I felt that the mention of her should’ve come up in the four earlier movies that Thor is in. Cate Blanchett does a great job of creating a character that has some sarcastic and comedic moments but is also constantly intimidating anyone that stands in front of her. Blanchett seems to have channeled her inner Lady Tremaine from her role in the 2015 remake of Cinderella into a different costume. The only difference is this time she can basically shoot huge knives out of her hands. Ok, maybe that is saying a little much, but the similarities are there. 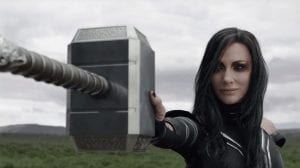 For my rough draft of this article, I had Vulture in the honorable mentions section and Red Skull in my top 5. However, after watching Spider-Man: Homecoming again recently, I realized how much I like his character. His villainy started as a way for him to provide for his family. As it went on it grew to something much greater and eventually led to his undoing. Micheal Keaton has some great scenes in this movie but the best one by far starts when Peter comes to the door to take his daughter to homecoming. His dialogue with Peter in the car is what put him over the top for me as one of the best Marvel villains. 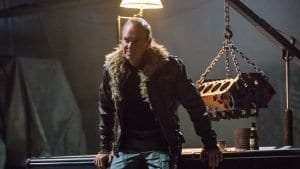 I mentioned in my own personal review of Black Panther that I felt like Michael B. Jordan was a bit stale in his performance as Killmonger. I still feel that way, but that doesn’t change the fact that Killmonger is a bad dude. First of all, he just has that look. He looks mean, intimidating, and walks around like he is the man. I also love his motivations behind his actions in the movie. It isn’t just to avenge the death of his father but also to help oppressed black people in poverty all over the world. Though it was a noble cause, his plan was flawed in so many ways, and T’Challa saw that. I love the moment at the end of T’Challa and Killmonger’s fight scene where they are looking over Wakanda. They have a real brother-to-brother moment as Killmonger is dying that just reminds you that he is a real dude who just had some messed up ideas about the world. 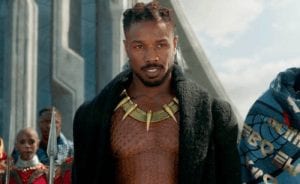 If you don’t know yet that Loki died as a hero in Avengers: Infinity War, where have you been? Sure he shows flashes of good various times throughout the movies he is in, but he is definitely a villain in at least a couple of MCU movies. I love his mischievous and clever nature. The MCU does a great job with his relationship with Thor. They clearly care for each other deep down, but for the longest time, Loki’s hatred overpowers any other emotion. Tom Hiddleston is definitely what makes Loki such a popular character and it is sad that he will no longer be stirring up trouble in the MCU…or will he?? 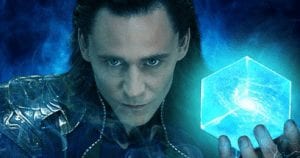 Thanos is the absolute GOAT when it comes to Marvel villains and it’s not even close. Just his name has had the ability to strike fear in the heart of our favorite characters for years. Finally, in May we all got the chance to see Thanos do what Thanos does best, overpower anyone that gets in the way of his vision.

One of my favorite villains of all-time is Heath Ledger’s Joker. Joker is interesting because he has no real motivation; he just wants to see the world burn. Thanos is basically the exact opposite. He wants to eliminate half the universe so he can sit back and have peace. Even without the Infinity Gauntlet he still has the strength to overpower Hulk and Thor. He even has the ability to outsmart the likes of Tony Stark and Doctor Strange. I can’t wait to see what Kevin Feige and the rest of the team have in store for us with Avengers 4 next summer. We already know it is going to be centered around the best MCU villain of all time, so it can’t really be bad, can it? 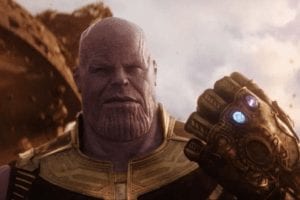 Thanks for reading!  What are your favorite and least favorite Marvel Villains? Did we miss any?  Comment down below!

Avengers is one of the biggest and best

I have a low key crush on Loki. See what I did there? ;) I’m glad he ranked so high.

Love this post! Thanos would absolutely be my #1 choice too. The best villain in my opinion is one who you can actually empathize with. Like, of course what he did was awful but I 100% get his reasoning and why he doesn’t see it as an evil act.

I like your list, but I would title it the 5 best villains and the 5 greatest disservices to the source material. hahaha