What I’m Seeing at the 2018 Sydney Film Festival 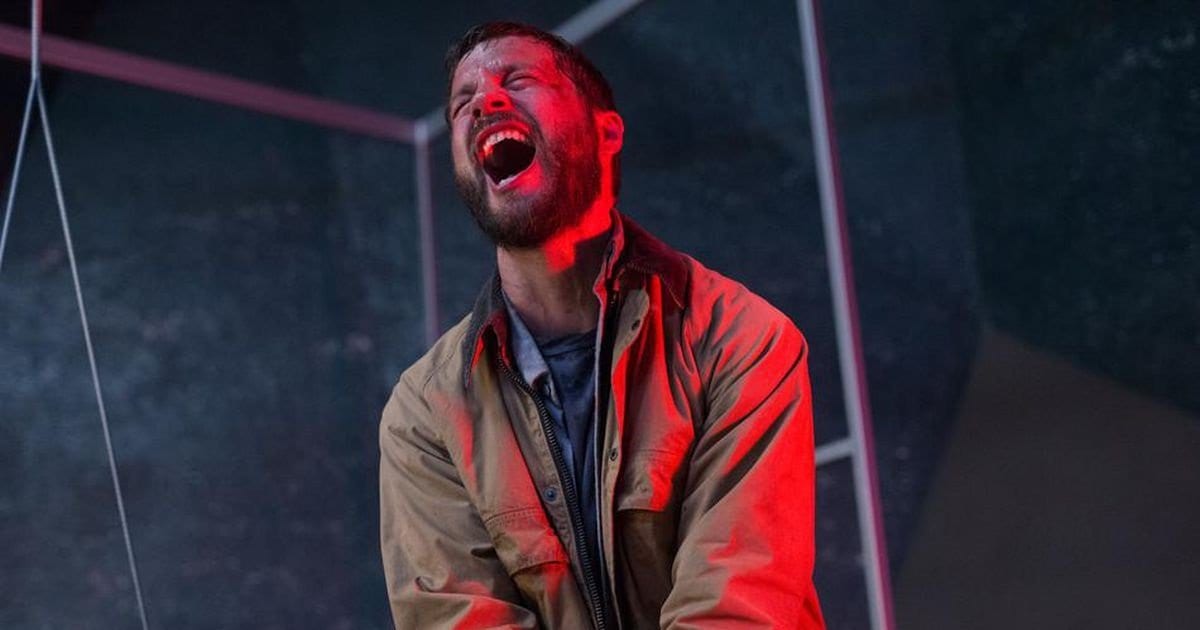 Next month, I will be traveling to the harbour city for the 64th annual Sydney Film Festival (June 6 -17). It will only be my second time attending a major festival and my first time attending SFF. There are so many cool films and documentaries from both Australia and the world programmed for the festival, so many in fact that I’m sad that I won’t be there for the full twelve days. This means I will miss out on films like BlacKkKlansman, American Animals and Ghost Stories. However, I will be seeing a bunch of really cool films over the first five days of the Festival.

Here’s what I’ll be seeing at the 2018 Sydney Film Festival:

The first film on my schedule sees Leigh Whannell (writer of Saw, Insidious) re-team with horror juggernaut, Blumhouse productions with this Sci-Fi, action-revenge thriller. Upgrade follows a mechanic (played by noted Tom Hardy doppelgänger, Logan Marshall-Green) who is implanted with a microchip that gives him superhuman abilities and seeks revenge on the low-level thugs who murdered his wife and left him paralyzed.

Winning the Midnighters audience award at South By Southwest this year, Upgrade looks like a very silly, yet very violent, over-the-top and fun action film that is sure to be a crowd pleaser at the festival. As much as I love Australian films, our neighbours from across the Tasman Sea have outshone us on the world stage in recent years, especially in the realm of comedies. And that can be attributed to the mainstream success of New Zealand filmmaker, Taika Waititi.

In The Breaker Upperers, the latest Kiwi comedy produced by Waititi, Madeleine Sami and Jackie van Beek (also the writers & directors of the film) play two women who set up an agency to help people who lack courage to end relationships break up with their boyfriends/girlfriends.

A hilarious concept, the quirky humor New Zealand humor and the good buzz out of South By South West makes me really excited to see this at the festival. Winner of the Grand Jury Prize at the Venice Film Festival and Israel’s official entry for Best Foreign Language Feature at the 90th Academy Awards, Foxtrot is my most anticipated movie of the festival.

The IMDb log line reads: A troubled family must face the facts when something goes terribly wrong at their son’s desolate military post. And that’s all I’m going to say about the plot because I have heard from many people who have seen the film that you should go in knowing as little as possible.

But judging from the trailer, Foxtrot looks like an equally inventive, funny, yet brutal and tragic film about grief, as well as a semi-satirical examination of Israeli military culture. I cannot wait to see this. 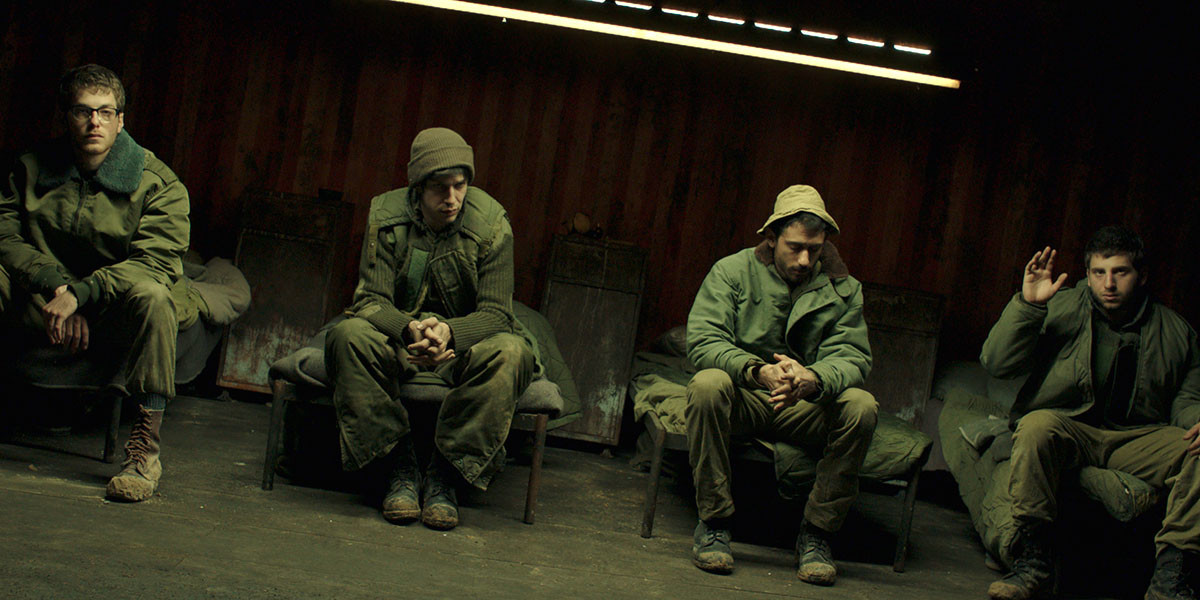 Don’t Worry, He Won’t Get Far On Foot

This film based on a true story sees Joaquin Phoenix as John Callahan, an alcoholic slacker that is paralyzed and confined to a wheelchair after a car accident. When Callahan enters treatment, he discovers that he has an incredible gift for drawing cartoons and gains a new lease on life.

Adapted from Callahan’s memoirs of the same name, Don’t Worry features an all-star cast. Along with Phoenix, we also have Jonah Hill, Rooney Mara and Jack Black. Add a return to form for director Gus Van Sant and this is sure to be a feel-good, heartfelt drama. Hot off the Oscar-winning success of his previous film, A Fantastic Woman, Chilean director, Sebastián Lelio looks to have made another moving and emotional film about desire and sexuality with Disobedience.

Rachel Weisz play Ronit, A New York photographer who was shunned by her Orthodox Jewish community in London for her attraction to her childhood friend, Esti (Rachel McAdams). Returning years later after her Rabbi father dies, the two reunite and their passion is reignited.

This film has everything going for it. A great filmmaker at the helm, two very strong lead actresses and a story of forbidden love that looks to explore the boundaries of sexuality, faith and desire. Yeah, I have high hopes for this one.

You’ve sold me on that alone.

I’m all for Olivia Wilde beating the crap out of dudes for 90 minutes and I’m sure this film will have that in spades. However, I also feel that this will be more of a character piece about a strong, selfless, courage female character as opposed to an action film, and I’m hoping that’s what it’ll be. Wilde has described her character as a superhero that is authentic and grounded in reality, and I think that will be really cool.

It has flown under the radar a bit. It didn’t set the world on fire at South By Southwest and got lukewarm reactions from audiences, but I’m looking forward to it, and that’s all that matters.

Admittedly, there is very little information on this documentary about organ and tissue donation in Australia. However, I put it in my schedule because of one of the organizations involved with this documentary: Zaidee’s Rainbow Foundation, a charity based in my hometown of Shepparton, Victoria.

Zaidee’s Rainbow Foundation raises awareness for organ and tissue donation in Australia. It was founded by Kim and Allen Turner (pictured below) when their 7-year-old daughter, Zaidee saved the lives of 7 children, donating her organs after she died of a cerebral aneurism.

Kim Turner was actually my kindergarten teacher and I had the pleasure of knowing Zaidee when she was alive, so I have a bit of personal connection with this one. I have no idea how much or how little Zaidee’s Rainbow Foundation will be featured in the documentary, but I’ll find out when I see it.

I Used to Be Normal: A Boyband Fangirl Story

The second Australian documentary I’ll be seeing at Sydney Film Festival is a Kickstarter success story.

This documentary follows four women from three different generations and how their lives were changed by their love of boybands. From modern boy bands like One Direction, 90’s heartthrobs Take That and The Backstreet Boys to the original boyband, The Beatles, their super-fans all get to share their passion in this documentary.

I have absolutely no interest in boybands whatsoever, but a great documentary can take something you know nothing about and make it interesting and compelling. And I’m hoping I Used to Be Normal is one of them.

This movie looks really messed up. And that’s kind of why I want to see it.

Piercing follows Reed (Christopher Abbott), a businessman with an uncontrollable urge to kill. When he leaves his family to go on a ‘business trip’, he plans to check into a hotel, call an escort service and murder a prostitute. But Reed’s plan won’t be as straightforward as he thinks when escort, Jackie (Mia Wasikowska) arrives at his door.

The film has already drawn comparisons to Takashi Miike’s Audition. Probably because it’s adapted from a novel by the same author Ryū Murakami. Piercing is a game of cat and mouse set in one location, over one night where the balance of power is constantly shifting, you can’t tell who is really the hunter and the hunted.

Winner of this year’s Sundance Grand Jury Prize, Desiree Akhavan’s The Miseducation of Cameron Post sees Chloë Grace Moretz as the titular Cameron Post. Cameron is a 16-year-old girl who is sent to God’s Promise, a christian gay conversion camp after her born-again christian aunt catches her sleeping with the prom queen. At God’s Promise, Cameron develops a close bond with others at the therapy centre, Jane (Sasha Lane) and Adam (Forrest Goodluck).

This is first of two films about a gay conversion program to be released in 2018 (with Joel Edgerton’s Boy Erased scheduled later this year). I have heard nothing but great things about this film. It looks to be a very smart, witty, yet poignant coming of age drama about self-acceptance in a surreal setting that is rarely seen on film.

You Were Never Really Here

The final film I’ll be seeing at Sydney Film Fest is one that I have been waiting to see for almost a year now. Many of my friends don’t have the patience that I do and resorted to piracy to watch this, but I resisted that temptation because I wanted to see Lynne Ramsey’s new film on the big screen. Now I will get to see it in a huge 1000 seat theatre with a hyped festival audience.

In You Were Never Really Here, Joaquin Phoenix plays Joe, A traumatized veteran, unafraid of violence who tracks down missing girls for a living. When a job spins out of control, Joe’s nightmares overtake him as a conspiracy is uncovered leading to what may be his death trip or his awakening.

Winning Best Screenplay and Best Actor for Joaquin Phoenix at the 2017 Cannes Film Festival, Ramsey looks to have made a soulful, yet thrilling, violent character study in the same vein of Martin Scorsese’s Taxi Driver. I think I may have saved the best ’til last. These are just some of the hundreds of short and feature films screening at the 2018 Sydney Film Festival. If you would like to see the full program, head to sff.org.au/program.

Thanks for reading! What are your thoughts on what I’m seeing at the Sydney Film Festival? Comment down below!

Dear Sean, I like your article. May I reblog it? Kind regards, Kersti

Sorry for Not seeing this earlier. If you haven’t done it already, please do!

Sorry you’re missing American Animals. Saw it at the Montclair Film Festival and really enjoyed it.

I’m bummed about that, especially since there is no release date scheduled for Australia yet.

Looks like you’ve selected a great line-up of films. Can’t wait to read your reviews after the festival!

Thanks! I look forward to writing them.

Looking forward to hearing more about the SFF.