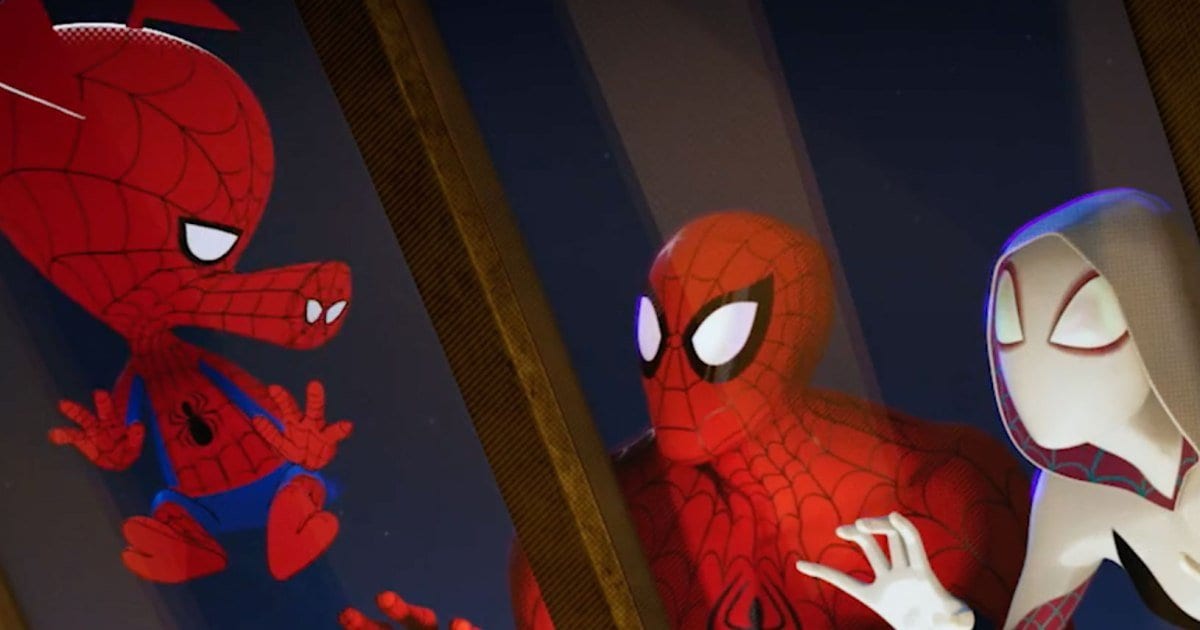 The race to the end of the year in film is extraordinarily hectic. Honestly, I think I’ll be in a state of constant jet lag (without the actual travel) for a solid month from all the movies I had to see. (On the plus side, this exhausted state might help me power through some of the worst that January has to offer.) But I shouldn’t complain, December is arguably the best month for film. Not only do we have a last-second moment for blockbuster film, but we also get a rather overwhelming deluge of Oscar hopefuls that are pushing out into theaters right before the buzzer as the calendar shifts to the new year. December 2018 offered the best of both worlds, with one blockbuster and one indie ranking among my top ten movies of all of 2018.

Here are our choices for the best movies of December 2018:

It’s a shame that Ben is Back was slightly overlooked among the plethora of films to come out in December. This family drama finds Peter Hedges working with great emotion as he directs Julia Roberts and his son Lucas Hedges through a tough story of addiction and love. Ben is Back is primarily a performance movie, one that highlights the venerable Julia Roberts in the lead role. Roberts has been consistently working in recent years, but we haven’t seen her have the opportunity to flex her muscles with a meaty, dramatic role in quite some time. She adds subtlety to the overly protective, out-of-touch mother archetype in only a way that she could bring to the screen. I love having her back in the public consciousness this way and I hope this is the start of a second prime in her career.

Addiction stories are tough to watch and handle, yet Ben is Back captures this problem with a keen sense of unwavering love from those that simply want keep the afflicted alive.

*To read the site’s review of Ben is Back, please click here.

#2: Spider-Man: Into the Spider-Verse

Into the Spider-Verse is the best Spider-Man movie. There, I’ve said it! I’ll continue: this is the best animated film since Inside Out! There! More declarations!

I’m shocked — and incredibly pleased — that Sony believed in Phil Lord and Chris Miller’s joint vision enough to let such an odd film come to the world. But Into the Spider-Verse is great because of those oddities, creating a story that lampoons the Spider-Man mythos but also tips its hat to it.

This is one of the most visually interesting films to come out of North American animation in years, using its kaleidoscopic imagery to wow the audience at every moment. It somehow manages to take your breath away while continuing the film’s eccentric brand of comedy.

At this point, I want Lord and Miller to have carte blanche on whatever project they choose next.

*To read the site’s review of Spider-Man: Into the Spider-Verse, please click here. #1: If Beale Street Could Talk

Barry Jenkins has solidified himself as one of the best storytellers in Hollywood with If Beale Street Could Talk, his heartwarming, kind-hearted follow-up to the Oscar-winning Moonlight.

It feels like everyone attached to this project put all of their love and hopefulness into it, embracing the viewer with that same feeling. Beale Street is not a plot-centric film. Rather, it’s a movie about feelings and anecdotes. Very seldom does a movie take a break to have a supporting character enter and exit the film never to return in a ten-minute period and completely dominate every second of that timeframe. (Brian Tyree Henry is the unsung hero of TV and film this year.) This movie simply has different objectives than what you normally see.

Beale Street is all about perspective, handling rough subjects with a thoughtful touch that allows the viewer to enter a state of meditation that only a select few movies create.

*To read the site’s review of If Beale Street Could Talk, please click here.

More than enough films came out in December, so there were plenty of other films the deserve some type of recognition. Let’s take a look at those films that just missed the list, but were still pretty delightful:

It’s amazing what stripping a franchise down to its essentials will do! Bumblebee is practically a story about a girl and her dog, but that dog is a few stories tall and made completely of metal (and also from outer space). Hailee Steinfeld is a pure delight as Charlie Watson and I hope that we get to see more of her in this universe. Bumblebee is a wonderful breath of fresh air.

They Shall Not Grow Old

This documentary from Peter Jackson is a fascinating experiment. Taking 100-year-old footage from the Great War and colorizing it as well as adding audio to all the soldiers breathes new life into the perils and humanity of war. Thankfully the film earned a wider release later in January 2019!

With two likable stars in Danielle Macdonald and Jennifer Aniston and delightful music from Dolly Parton, Dumplin’ is a pure bliss from Netflix that looks for the beauty in all of us. We need more movies like it!

Thank you for reading! What are you thoughts on the best movies of December 2018? Comment down below!

If Beale Street Could Talk isn’t out till Feb in the UK but my local cinema chain host a secret early screening event every month or so, the next one is Monday and I’m really hoping it’s Beale Street!
Gutted I missed Into the Spiderverse, but I’ll be watching it as soon as possible :)

I’m hoping it’s Beale Street! (Or at least something that isn’t terrible lol). I’ve never heard of a secret screening like that — it sounds super fun!

I’m not sure about your #’s 1 and 3, as I have yet to see them (neither came out in theaters near me), but if they go wide in January, I may catch up on them. As for Spider-Man: Into the Spider-Verse, I’m not sure I can claim it to be the best Spider-Man film, but it’s definitely up there! Here is my list of the top three December films, two of which made my top 10 of 2018: 3) Spider-Man: Into the Spider-Verse; #2) Mary Poppins Returns; 1) Bumblebee (you’re right about this one… definitely a breath of fresh air for the franchise!) Looking forward to see how we compare in 2019!

Welp, we’re gonna differ on Mary Poppins. I can assure you of that! 😂😂😂😂

It’s not the first time we’ve disagreed, and it will definitely not be the last!

That’s absolutely a guarantee!! 😁😁😁 thanks for your thoughts, Bryan!!

Of course! Keep up the good work.