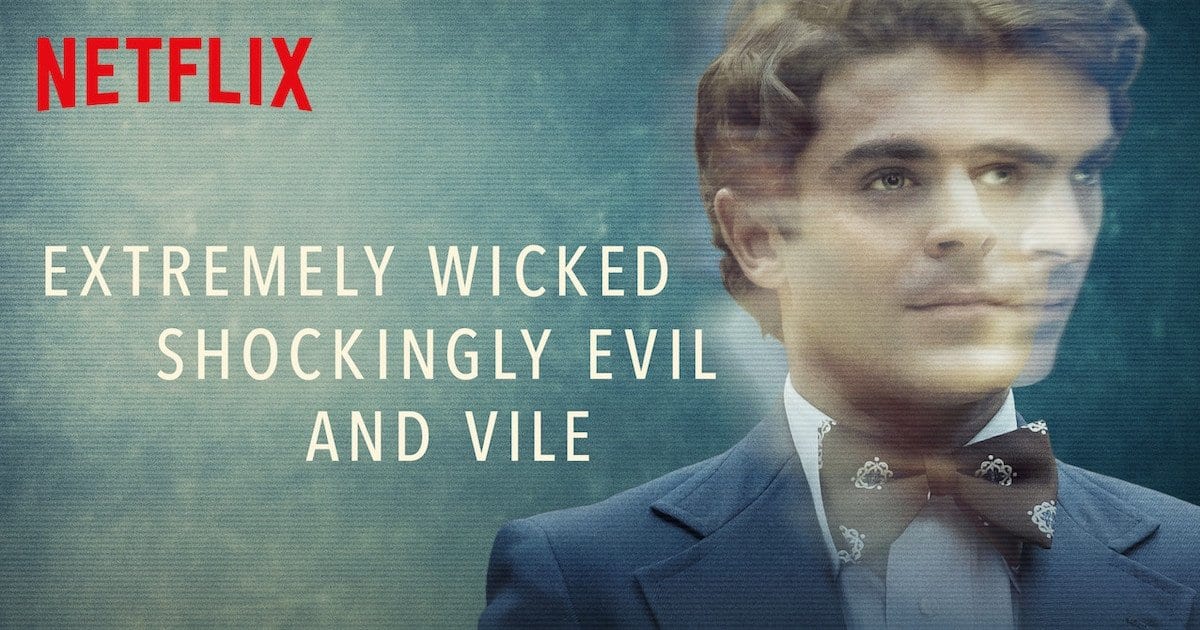 I finally settled a personal vendetta by sitting down to watch Extremely Wicked, Shockingly Evil and Vile. I grew increasingly frustrated after striking out on three screenings of the film at Sundance back in January, especially when many left those screenings singing the praises of Zac Efron in a redefining role.

However, after watching the film, I realized that my anticipation and initial disappointment was unnecessary as Extremely Wicked is a boring misfire, and it speaks to just how hit-or-miss Netflix’s original movies have become.

Liz Kloepfer (Collins) thought that she found a nice, all-American man in Ted Bundy (Efron), and that initial feeling stayed with her for quite some time, even when Ted started to get involved in criminal investigations in multiple states.

As the accusations became more horrendous and ghastly, with Bundy implicated in the murders of dozens of women, there was still something that kept individuals from labeling Ted as a monster, a certain disarming charm that seemed totally incongruous with such heinous acts.

That complicated nature frustrated and confounded many, most notably Liz, who was irrevocably changed from her time with Ted.

How Did Zac Efron Get Here?

Troy Bolton is a seminal figure for many young women around the world. He’s that sort of tween idol that could possibly come to define an actor. Fast forward over a decade later and that same actor who burst onto the scene with that overgrown, quaffed hair that was all the rage in the mid-to-late 2000s is now portraying Ted Bundy. That’s what we in the industry call “a shift.”

There’s never been a doubt that Zac Efron was talented, at least from my perspective. He’s always had an effervescent, likable aura — it was only a matter of time before he found the right material to show that he had serious dramatic chops. Yet for the longest time, it seemed as if Efron couldn’t get out of his own way, starring in low-brow, broad comedies like That Awkward Moment, Mike and Dave Need Wedding Dates, Baywatch, or the unwatchable Dirty Grandpa. And if he wasn’t in a comedy, it was a dramatic turn that really, really didn’t work. (Charlie St. Cloud, We Are Your Friends, The Lucky One…you get the picture.) But even with that cinematic carnage, we’ve continued to give Efron chances, because we all know he has it in him to create something truly special.

Maybe Efron didn’t intend for this to happen, but Extremely Wicked, Shockingly Evil and Vile is very clearly a comment on and counter to his previous films. He’s ready for something more, and we should all be too. 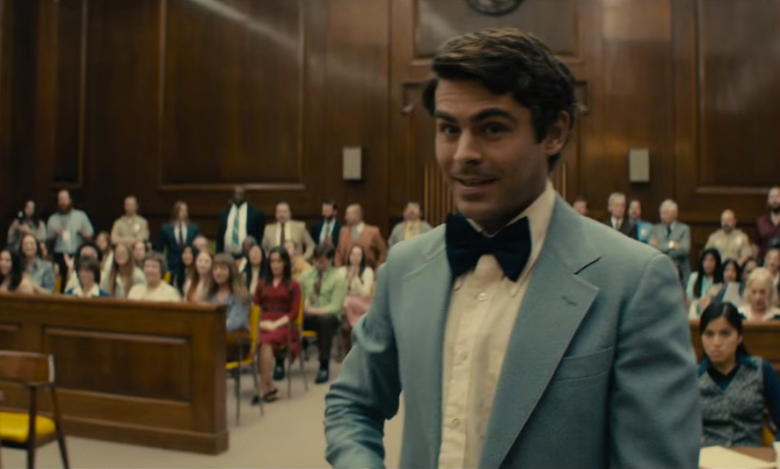 Unfortunately, I don’t think that Extremely Wicked is the overwhelming sensation that Efron may have been hoping for, but he isn’t responsible for any of the film’s missteps. If you’ve seen any footage of Ted Bundy, you’d know that he carried himself with a magnetic arrogance, a feeling that he was always in the right or the smartest person in the room. Efron captures this persona perfectly by focusing on Bundy’s stunted sense of humanity. Although it’s easier for us to think of infamous killers and monsters as nothing but those simple identifiers, they all had complicated layers to them. Extremely Wicked wisely depicts Bundy as a delusional, manic individual by showing his more emotional interactions, not his sadistic killings.

Efron doesn’t have a single line that feels genuine, which would normally make one assume that the performance didn’t work. But in this case, the thinly-veiled reproduction of what the killer assumes is reasonable human behavior shows the duplicitous nature of someone who is capable of such awful things. He’s tricking both himself and everyone around him into thinking that he’s an ordinary, law-abiding citizen, which is compulsively watchable in combination with Efron’s signature devilish smirk and good looks. A Watered Down Final Product

For those of you unaware of Joe Berlinger, the Extremely Wicked director has made his name by directing a plethora of fantastic vérité documentaries, most of which handle true crime stories. And he also directed the ill-fated Book of Shadows: Blair Witch 2…but we don’t need to talk about that.

He’s even the director of Netflix’s Conversations with a Killer: The Ted Bundy Tapes, which came out right as Extremely Wicked was about to premiere at Sundance earlier this year; it also factors into your enjoyment of this non-fiction retelling. Conversations with a Killer is the textbook for Ted Bundy 101, painting a picture of each major occurrence in his criminal life through the prism of his interviews with a journalist. That documentary is also four hours long, allowing for plenty of space to take a deep dive into many different areas without feeling overstuffed.

It would appear that Berlinger became too enthralled with the Bundy story — even if he came on to direct this film after the script had been circulating on the Black List for quite some time — that Extremely Wicked, Shockingly Evil and Vile doesn’t operate on its own accord. It’s more interested in recreating infamous moments perfectly instead of providing any sort of depth. The movement from beat to beat has a slavish tie to history; unlike a movie such as Bohemian Rhapsody that takes real life and stretches and twists it until it mutates into an entirely different being, Extremely Wicked goes in the exact opposite direction by leaving no room for artistic license. It’s like watching robots coldly move throughout the frame, acting only as they have been programmed to behave by their creators.

Which leads us to the character development in the film…or lack thereof. Extremely Wicked is told from Liz’s (Collins) perspective in an attempt to show Bundy’s gravitational pull on those around him, which, admittedly, is a pretty great idea for a responsible movie that focuses more on Bundy the man instead of Bundy the killer. Ironically, the movie is positively enamored with Bundy too, so the character routinely upstages Liz to take over the spotlight, effectively changing the point of view of the film from Liz to himself. This movie loves recreating famous Bundy moments, leaving little room for specificity in the character work. To show that Liz is distraught, we constantly see her smoking with dark circles under her eyes…because that’s original, right? And it’s up to the overeager male (played by Osment) to swoop in and catch Liz on the rebound through some of the more obvious and awkward flirting scenes you’ll see in 2019. That’s about as deep as the emotional pull goes, as each figure is the most generic version of himself or herself.

It’s actually quite an impressive feat to present such a lurid topic with this little amount of personality. Other than fleeting moments of brilliance from Zac Efron, it’s as if the rest of the elements here are constantly hitting the snooze button, hoping to avoid the harsh realities of the world for another eight minutes…or a few scenes. Like the character at its center, Extremely Wicked doesn’t have a soul; it’s a non-starter on a fairly grand scale. 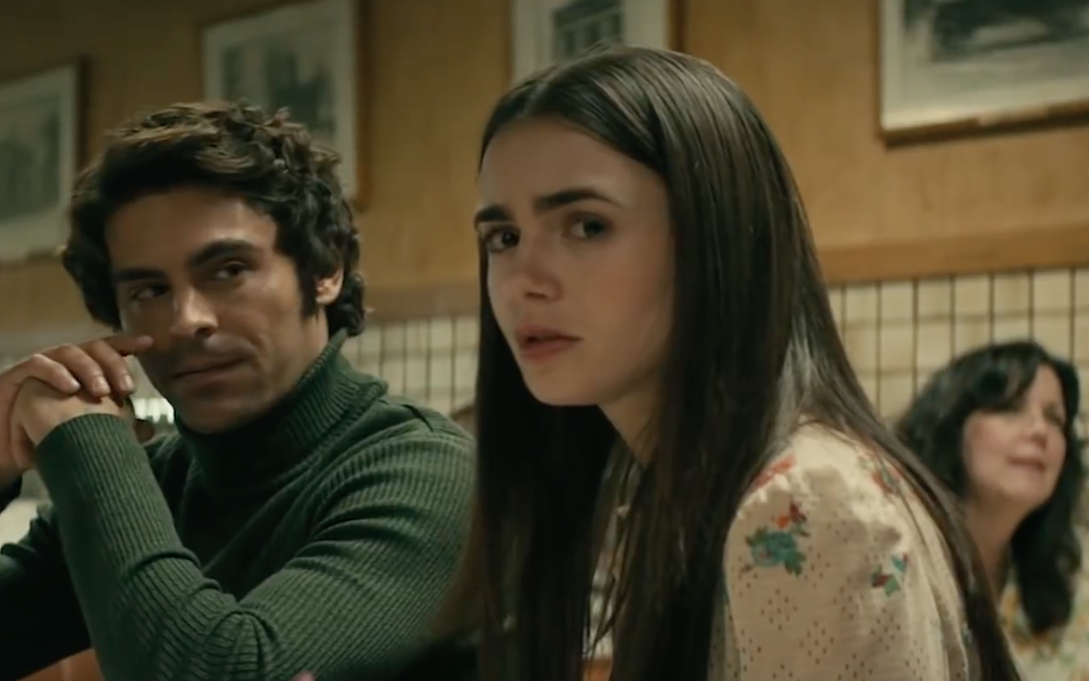 After Extremely Wicked, Shockingly Evil and Vile, I’m going to take every prominent Netflix movie release with a heaping pile of salt until positive word of mouth proves otherwise. Every so often a movie like Roma or Mudbound will come around, but most of the time, we get movies with solid creative forces, great casts, and solid trailers that ultimately disappoint in big, big ways.

Extremely Wicked never shifts out of neutral, stranding Zac Efron’s solid turn as Ted Bundy in a barebones narrative that is more concerned with recreating infamous moments from Bundy’s trial beat-for-beat rather than adding any depth.

There’s plenty of other sources of content to learn about Bundy and the horrors he left behind — it would behoove you to seek out those instead. 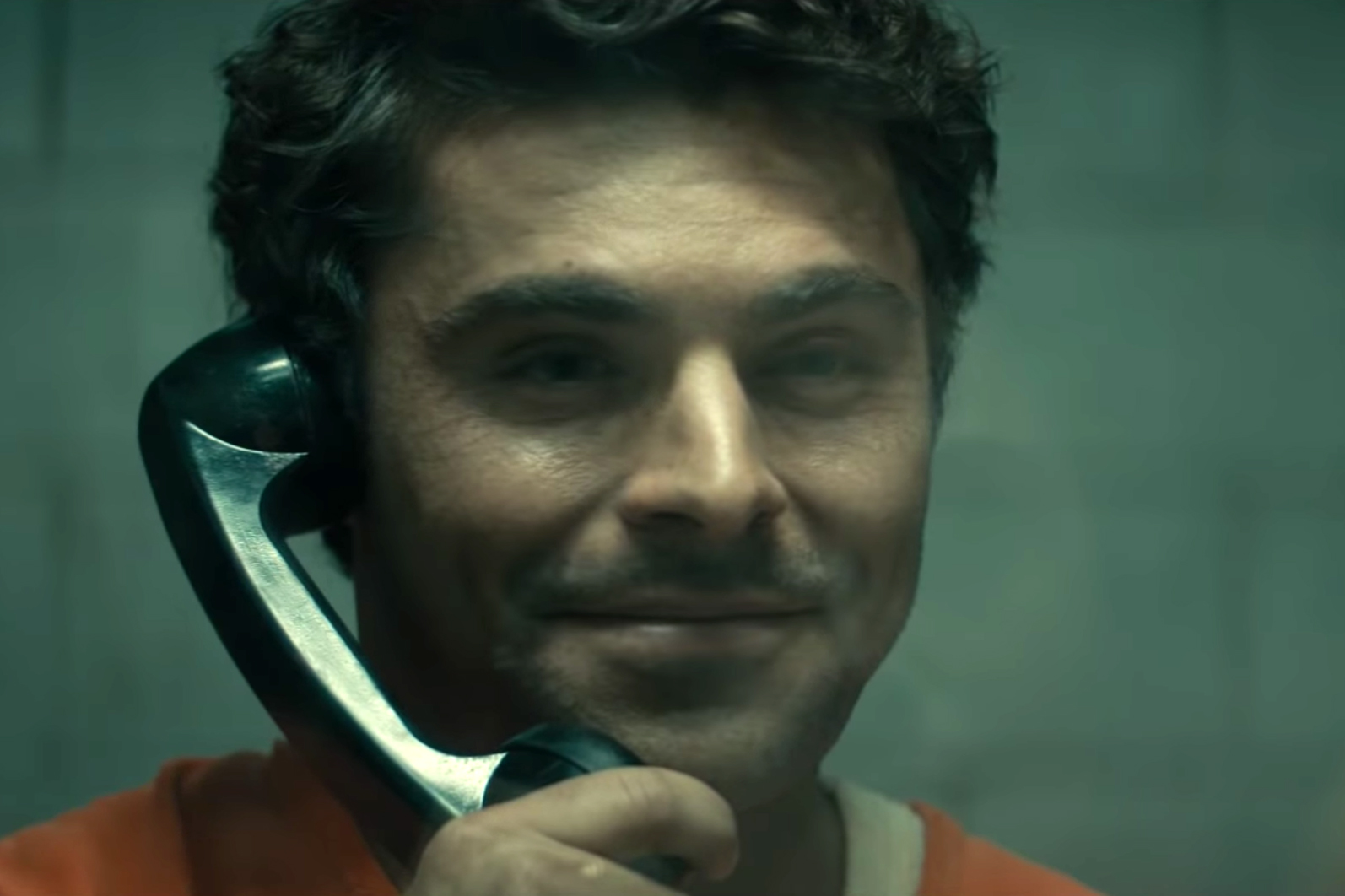 Thank you for reading! What are your thoughts on Extremely Wicked, Shockingly Evil and Vile? Comment down below!

[…] faithful to Harriet Tubman’s story, struggled to create an interesting story structure. Even Extremely Wicked, Shockingly Evil and Vile only really focused on Ted Bundy’s public murders, and had a hard time adding a new perspective […]

The only thing that would convince me to watch this film is Lily Collins!

Nice review and I agree. The one thing that kept pulling me out of this film was the fact that it seemed that all the actresses had eyebrows right outta 2019 after quite a lot of care had been given to make costumes/wardrobe, vehicles, props and settings more accurate to the time period.