Important Lessons to Take From ‘The Brothers Bloom’ 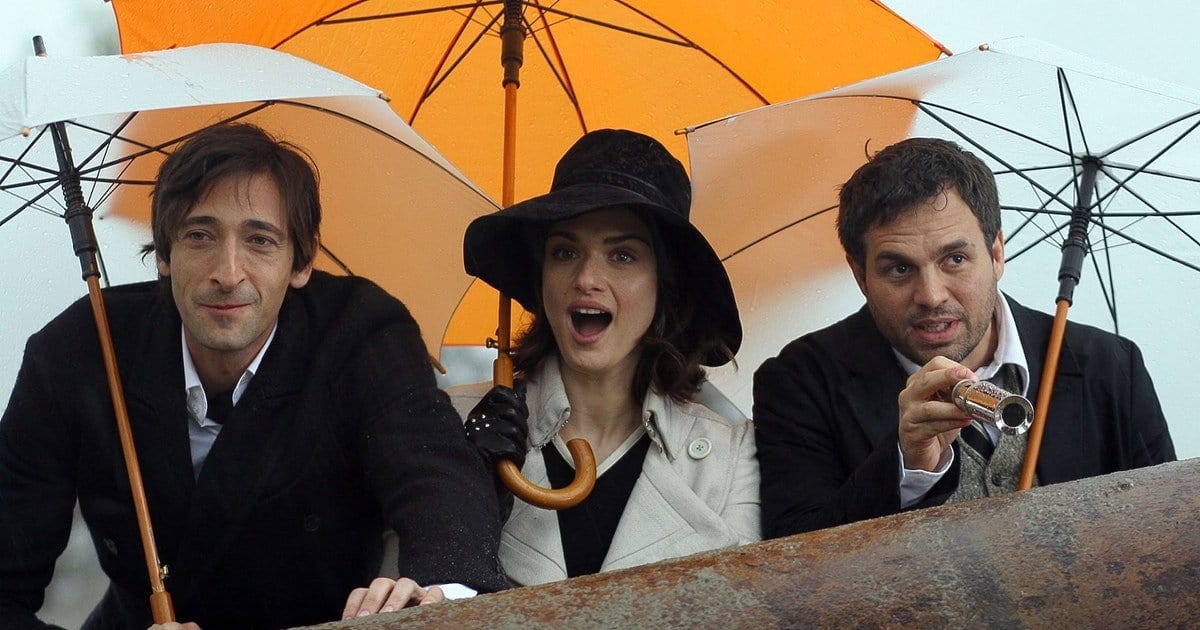 Bedtime Story, a con artist film starring Marlon Brando, and David Niven, was released in 1964. A remake known as Dirty Rotten Scoundrels arrived in 1988 (with Michael Caine, and Steve Martin), which is arguably more popular than the original. The story was rehashed again in 1992, this time in India, where it was known as Khel. And just this month, the story returns as The Hustle, starring Anne Hathaway, and Rebel Wilson.

However, in the midst of these complete retellings of Bedtime Story, there was a tribute of sorts: The Brothers Bloom. The movie, which is arguably 10 years old this week (its release was complicated), borrowed from the Bedtime/Scoundrels playbook, and expanded upon it. It has much of the same humor of the other films, but adds in more action, and dramatic elements. It’s really a lot of fun most of the time, but will break your heart in spots. So, basically, The Brothers Bloom is like life, and brings its own lessons. Here’s what this movie has taught me.

Oh, and P.S., this article is kind of spoiler-ific (though I’m vague about the biggest one).

Lesson 1: You Can Be Both Brilliant and Naive

The headliners, so to speak, of The Brothers Bloom are Adrien Brody, and Mark Ruffalo. By now, most MovieBabble readers (and staff) probably know Adrien Brody is my favorite actor of all time. What you might not know is, Mark Ruffalo is among the people quickly gaining on him. So, obviously, the casting of the brothers was my initial motivation to see this movie.

What I wasn’t prepared for, was how much I would be drawn to, and identify with, Rachel Weisz‘s character, Penelope Stamp. She reminds me of myself in my teens and 20s, even though her character is 30. I was really into learning new things, and was obsessed with being a Jeopardy! contestant (okay, I still am). On the surface, I probably looked smart and together; however, I was so sheltered, naive, and socially awkward, I could barely function. That last part is still basically true.

Enter Penelope, who has spent her entire life locked inside a mansion, due to allergies she turned out not to even have. During that time of isolation, Penelope has collected hobbies, as she phrases it. She’s learned to speak multiple languages, play multiple instruments, even build cameras out of watermelons. She has an extraordinary amount of “book learning,” but knows very little about human interaction. Relatable content.

Lesson Two: “When You’re Done With Something, Blow It Up”

Another delightful character in The Brothers Bloom, is Bang Bang (Rinko Kikuchi), an explosives expert from Japan. The Bloom brothers call her their “fifth Beatle,” because she is a necessary player in all of their schemes. And their lives in general, really. She barely speaks in the movie, but when she does, it’s pretty much gold. And even while silent, she commands your attention. She has a tattoo on the back of her neck that translates to, “when you’re done with something, blow it up.” While Bang Bang does this a bit more literally than most (as does Penelope toward the end of the film), it’s still a good lesson. Let things go. Don’t let junk from the past (or present, for that matter) hold you back.

Bang Bang comes and goes as she pleases. While she is a partner of the brothers, you get the sense that she answers to no one. She helps them when she wants to, and because she wants to. She is a character with the kind of freedom many of us envy. Plus, she can rock the karaoke mic. Bonus.

Lesson 3A: Dramatic Actors Can Be Funny!

I realize I am completely biased, here, but Adrien Brody is brilliant in this movie! He is mostly regarded as a dramatic actor, and has what you might call: Resting Sad Face. However, he absolutely nails the humor in The Brothers Bloom (incidentally, he is pretty funny in real life, too). This movie came after The Darjeeling Limited, but before Midnight in Paris, and The Grand Budapest Hotel. So, Brody’s comedic chops hadn’t been seen by a wider audience yet.

Speaking for myself, I saw The Brothers Bloom after Midnight in Paris (which is the movie that made me want to see all of his work). However, I hadn’t seen his other comedies yet, such as The Undertaker’s Wedding, which is basically slapstick (and pretty awful otherwise). Therefore, most of my laughter while watching The Brothers Bloom for the first time (about five years ago), was out of surprise. For example, the following scene really got me the first time, and still amuses me now.

Lesson 3B: A Dramatic Actor Helps Sell the Tragedy

While The Brothers Bloom is largely regarded as a comedy, it takes some (very) dramatic turns. Some have said the turns are far too sharp for the story to take, but I think it makes for a more realistic story. Life isn’t all comedy, tragedy, or action, for most people. To be fair, it is quite jarring to learn Bloom (Brody’s character is only called by his surname) is a survivor of childhood sexual assault, at the hands of a mentor (Maximilian Schell). However, it becomes fairly important to the story, and in understanding the brothers’ motives. It also makes us feel even more for Bloom than we already did.

The death of a beloved character at the end of the film is also jarring, and very sad. It is also — though I hate to say it — virtually necessary. The scene where Bloom realizes this character has died is largely without dialogue, but Brody’s expressive face breaks your heart more than words ever could. He was absolutely perfect for this part, and he and Ruffalo were wise to request swapping the roles director Rian Johnson initially wanted them in. The casting is perfect as is, and I can’t picture it working any other way.

I will level with you: The Brothers Bloom isn’t perfect. Not to join in the rampant Rian Johnson bashing, but if, say, Wes Anderson had helmed this movie, it may have been more effective. There are a couple of misfires, such as a not-so-steady steady cam shot whose presence is baffling (why wouldn’t you use a different take?). Nonetheless, this movie is highly entertaining, and worth your time. Perhaps give it a whirl, before you head to the theater to see The Hustle. I have a feeling they will pair well. Kind of like a “similar” cheese, and an “on-the-nose remake” wine, if you will.

Thank you for reading! What are your thoughts on The Brothers Bloom, and “con” movies? Comment down below!

Thanks for the review! This movie went on the must-see-Adrian-Brody list.

It really is charming. And quite funny at times.