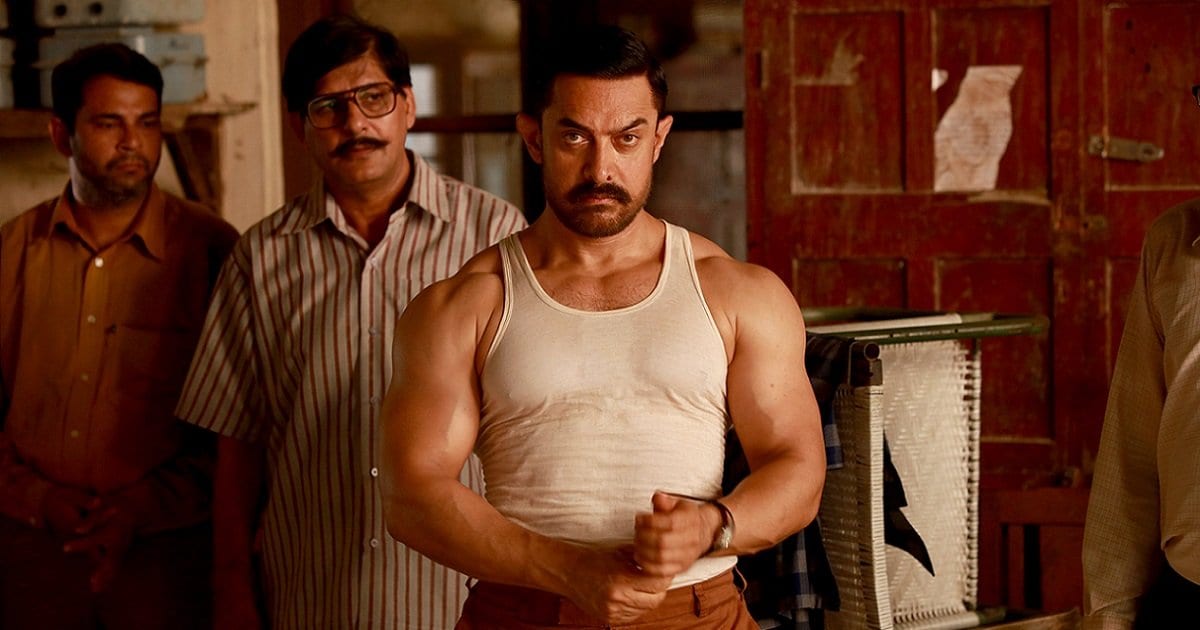 If you read my most recent article, “Top 10 Foreign Films”, you may have noticed a glaring omission: no films from India. Obviously, this is a grievous mistake, right? After all, India has one of the biggest and most thriving film industries in the world.

And you’re completely right. Which is why I gave India’s film industry, Bollywood, its own list. If I had to compress all Bollywood has to offer into a few spots on a foreign films list, it wouldn’t show off what a great cinematic industry it is. It needs its own comprehensive list.

Without further ado, I give you top 10 Bollywood films!

This is one of India’s highest-grossing Bollywood films, earning ₹1.35 billion (equivalent to about US $95 million). It’s a musical romantic-comedy starring Madhuri Dixit and Salman Khan about arranged marriages, secret love, weddings, and family relations. Additionally, it has a lot of fun Indian musical numbers and choreographed dances, which are a trademark of Bollywood films . While it is a story about marriage, it’s also a film upholding the traditional family and emphasizing the loyalty between family members. It also has a lot of cultural significance as it is the first Hindi film to gross over ₹1 billion and is one of the most popular soundtracks in India.

This is the first of several movies on this list either starring or produced by Aamir Khan (in this case, he does both) — one of the most famous actors in Bollywood who bears a slight resemblance to American actor Timothy Omundson and has the appeal of George Clooney. Lagaan is about a small, tax-burdened village challenged to a game of cricket to relieve their financial burdens. Like most films involving Aamir Khan, Lagaan was nominated for many awards — including Academy Award for Best Foreign Language Film. Khan and Gracy Singh (her break-out film) give excellent performances and the song and dance numbers — like in any good Bollywood film — are beautifully choreographed. Even if you aren’t a big cricket fan (or have no idea what the game is about, like me), you’ll still appreciate all that this film has to offer.

No top 10 list is complete without a cult classic, which is why I’ve included Swades on this list. Two people, Mohan Bhargava (Shah Rukh Khan) and Gita (Gayatri Joshi), are previous residents of India who return to aid the small villages there who lack reliable electricity. Along the way, romance between the two blossoms and Mohan’s American job at NASA complicates things. Swades is a significant film in that it promotes social change and rediscovering your roots. Like a lot of Indian films, it has a strong emphasis on families and never forgetting where you came from.

Drishyam is a nail-biting Indian thriller about a family that accidentally commits a crime and thus must take drastic measures to avoid the law; it is a remake of the 2013 Malayam film of the same name. Led by their father, Vijay Salgaonkar (Ajay Devgn), the family learns how to calmly maneuver their way through police investigations and grillings to clear their name. The plot is intricate enough to rise to the level of Hitchcock and it gives you a chilling sense of fear and apprehension. Another movie about the importance of family, it is indeed a fantastic performance from Devgn as the protective father who would go to any lengths to save his family. Surprise, surprise — another Bollywood film starring Aamir Khan has made the list. This is a delightfully kitschy little film about an alien, PK, (Khan) who comes to Earth, only to have the remote control for his spaceship stolen. To recover it, the local religious Indians tell him that only “God” can help him find his remote controller; so, he begins practicing different religions and questioning dogma in order to recover his remote from this “God.” It’s a pretty ridiculous plot but Aamir Khan’s performance is so endearing and hilarious that you won’t mind much. 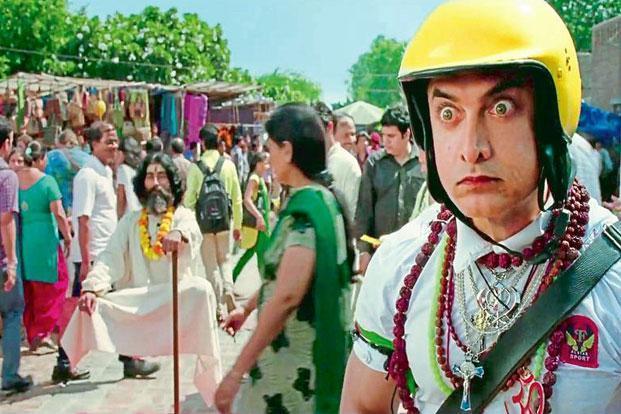 Bollywood knows how to fashion romantic masterpieces, which is exactly what Veer-Zaara is. Starring Shah Rukh Khan as Veer, an Indian Air Force pilot, who falls in love with Zaara, a rich Pakistani woman, it is a story of love and the lengths its captives will go to in order to preserve it. What truly makes this movie is the touching, emotional dialogue; never has love this strong been expressed in words this simple. It’s also praised for its sensitive portrayal of India-Pakistan relations. Veer-Zaara a lovely romance that’s worth adding to a date night.

Shahid is a film about the life of human-rights lawyer and activist Shahid Azmi, played by Rajkummar Rao. It skillfully uses flashbacks by telling the story in reverse from his 2010 assassination. Shahid tells Azmi’s story from the violence of the Bombay Riots all the way to the violence of his own death, detailing all the horrible atrocities he saw and went through to make the lives of others better. It’s an eye-opening film that tells the history of India — be it positive or negative — and hits the high points of the man’s life. 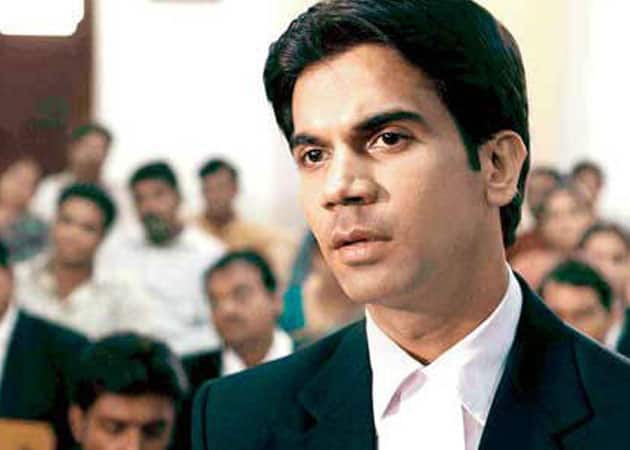 This is basically India’s Remember the Titans (2000), only it addresses much more than just racism. Chak de! India is about a fictional Indian women’s national field hockey team (loosely based on the team who won the 2002 Commonwealth Games) who bands together to become a championship team. Not only does it address racism, it also address sexism, religious bigotry, regional prejudice, and the controversial partition of India. Once again, it stars Shah Rukh Khan, giving yet another amazing performance. However, the true stars of the film are the team members themselves. Much like Remember the Titans, we get to focus on the entire team and each player individually at the same time, rather than just generalizing the whole team or only focusing on the star players. 3 Idiots is one of those funny, feel-good films that I love. Starring Aamir Khan (big surprise there), R. Madhavan, and Sharman Joshi, it tells the story of two Indian engineering students on their way to reunite with their third friend, who inspired them to think differently and break out of societal standards. It shines a spotlight on the ultra-competitive and rigorous nature of the Asian education system. It is also one of the highest-grossing films in India and it has won many awards. It’s a beautifully-written satire that berates how education drives Asian youth to depression and suicide. I especially enjoy the scene below for its wit and savage comments on what learning should be about:

Obviously, the top film on this list had to be produced by and starring Aamir Khan. However, a little less obvious is the fact that this particular film is also produced by Disney. It tells the story of a father (Khan) who, despite being initially disappointed that he bore no sons, teaches his two daughters, Geeta Phogat (Fatima Sana Shaikh) and Babita Kumari (Sanya Malhotra), to be professional Indian wrestlers. Like most sports movies, this is a motivating film that will make you want to stand and applaud after each match and takedown. It’s accompanied by a catchy soundtrack and is overall just a fun watch that features stunning performances by the cast. 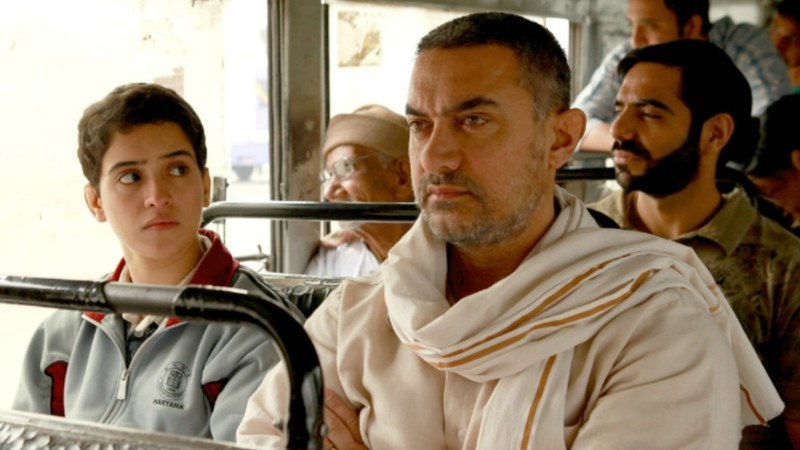 Thanks for reading!  What are your thoughts on top 10 Bollywood films? Did we miss any?  Comment down below!

My name is khan missing

Hey thanks for posting useful article, its really helpful. I like to read your article.
https://directordada.com

When you the best bollywood film, I think it means differently to each person. Some like commercial hits movies, others like only sharukhan movies or other masala movies. But some like actual soul-gripping movies that teaches you a lesson. Just a interesting thought. My favorite is probably dil se, swades, 3 iditos, veer-zaara, jab tak hai jaan. Not because it has two of the khans from the bollywood industry acting in it. But because of the storyline, authentic acting, direction, moral of the story.

Quite surprised that you watch Bollywood films, so it’s cool to see this list! I grew up with Bollywood films before getting into Hollywood films. I’m a big fan of the films from like 1965-1985 although I have seen films that came after that period.

I’m glad Anand got an Honorable Mention, but I would have loved to see an Amitabh Bachchan film in the top 10.

I do love Swades myself and I’ve seen most of HAHK except for the ending because the DVD copy I had of that film skipped at the ending, lol.

I watch a lot of Shah Rukh Khan, but not as many Amir Khan films myself.

I feel the list needs more films from the “Golden Oldies” era, but I’m glad you made the list anyway.

Let’s be honest: 1965-1985 was a great age for movies in any industry haha but I’m glad you liked the list, minus the fact that it could have included more of the oldies. Guess I need to brush up on my Bollywood a bit more!

Haven’t seen that one yet! I’ll check it out