Has ‘Moon’ Stood the Test of Time After 10 Years? 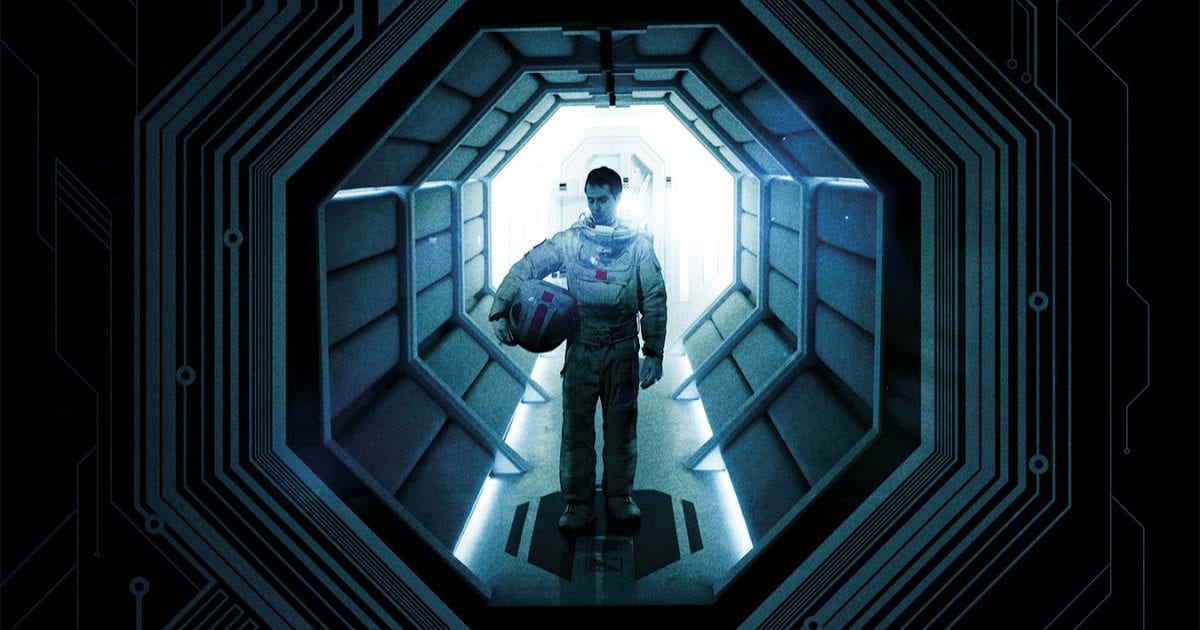 I’ve always described Moon as being a bit of a hidden gem. There’s a sweet simplicity to it, and as far as sci-fi movies go it’s relatively down to Earth (which somewhat contradicts the movie’s title). Few people have even heard of Moon, let alone seen it. This fact always somewhat surprises me given the positive ratings it seems to receive across the web. With 2019 marking the 10-year anniversary of this movie’s release, I’m going to use this space to discuss why I find Moon to be truly unique within the sci-fi genre.

The Man on the Moon

image via An Empire of Worlds

Putting everything to one side for a moment, I want to discuss an aspect of Moon that really stood out for me: Sam Rockwell. While there are some undoubtedly familiar names in this movie’s cast, such as Kevin Spacey, Kaya Scodelario, and Benedict Wong, it’s really a one-man show. Sam Rockwell has played some serious roles in recent years, but many of us know him from goofball roles: Francis in Mr. Right, Owen in The Way Way Back, Billy in Seven Psychopaths, Zaphod Beeblebrox in The Hitchhiker’s Guide to the Galaxy, and Guy Fleegman in Galaxy Quest. All these roles have the same whacky, short-attention span character that Rockwell is perhaps most famous for.

What I truly appreciated about Moon is that Sam Rockwell left that character behind. You might even say that his comical side was left on Earth while his serious side roams the Moon! This was perhaps the first serious role that I’d ever seen him in, so my expectations were understandably low. Many comical actors can’t make the switch, but Rockwell knocked it out the park. His character may be a little whacky, and even funny from time to time, but there is a deep sadness as well. All laughter is uncomfortable and all jokes reflect a coping mechanism for his inability to accept reality.

So, what was it about Rockwell’s performance that made this movie what it is? Having a good cast is important, but that alone isn’t enough to make a bad movie good.

Houston, We Don’t have a Problem!

Moon may be sci-fi, but if you’re expecting something like Interstellar, Avatar, or The Martian, you’ll be disappointed. There are no wormholes, black holes, space battles, other planets, or face-huggers. Moon is nothing short of a human story, and I mean that both in terms of the lack of aliens and the focus on humanity and human nature.

Without giving anything away, I’ll say that Moon manages to pack quite an emotional punch. I found the story to be intriguing and the characters to be believable. It raises moral questions that you may never have thought to ask. It also manages to answer these moral questions through the characters and performances that we see on screen. Is ignorance bliss? Are deceit and manipulation necessary to achieve happiness? Is a pleasant lie preferable to an unpleasant truth? Are all forms of recycling moral? These are just some of the questions that popped into my head while watching Moon for the first time.

The Dark Side of the Moon

Moon has a simple enough premise. Sam (played by Sam Rockwell) is mining the dark side of the moon for Helium-3. This leads to the production of 70% of the Earth’s energy: clean energy. When the movie starts, the story’s set-up comes in the form of a sort of advertisement/infomercial. It may seem a little cheesy at first, but it actually foreshadows the tone and theme of the whole movie. It’s also worth noting that the choice of location serves more than one purpose. The dark side of the moon may be an interesting spot for a sci-fi movie, but it also seems like fitting imagery to represent Moon’s plot. When have you ever seen a movie where good and positive things take place on dark side of the moon? Even Transformers used it as the location of a shady cover-up.

Interestingly, the other night was only my second time watching Moon. In a similar way to The Man from Earth and The Prestige, I felt that one watch is all that is necessary. While it does have some twists and turns along the way, it also manages to tie up any loose ends. And while you may find yourself pondering where characters end up after the movie’s events, it doesn’t require a deep examination via a 2nd viewing. In saying that, I did notice some small details that hint towards the overarching plot. These are minor, but if you play close attention you just might spot them.

Rockwell and Moon take you on a journey into the darkest reaches of a man’s mind. How would you cope if you were isolated on the moon with nothing but your own thoughts, a rather simplistic AI, and the occasional video from your family? As the viewers, we are dragged through the movie’s events. Not kicking and screaming, but rather confused and in a state of despair. Sam’s mental deterioration is made blatantly clear from the start, and Moon wastes precisely zero minutes in diving into relevant plot details. 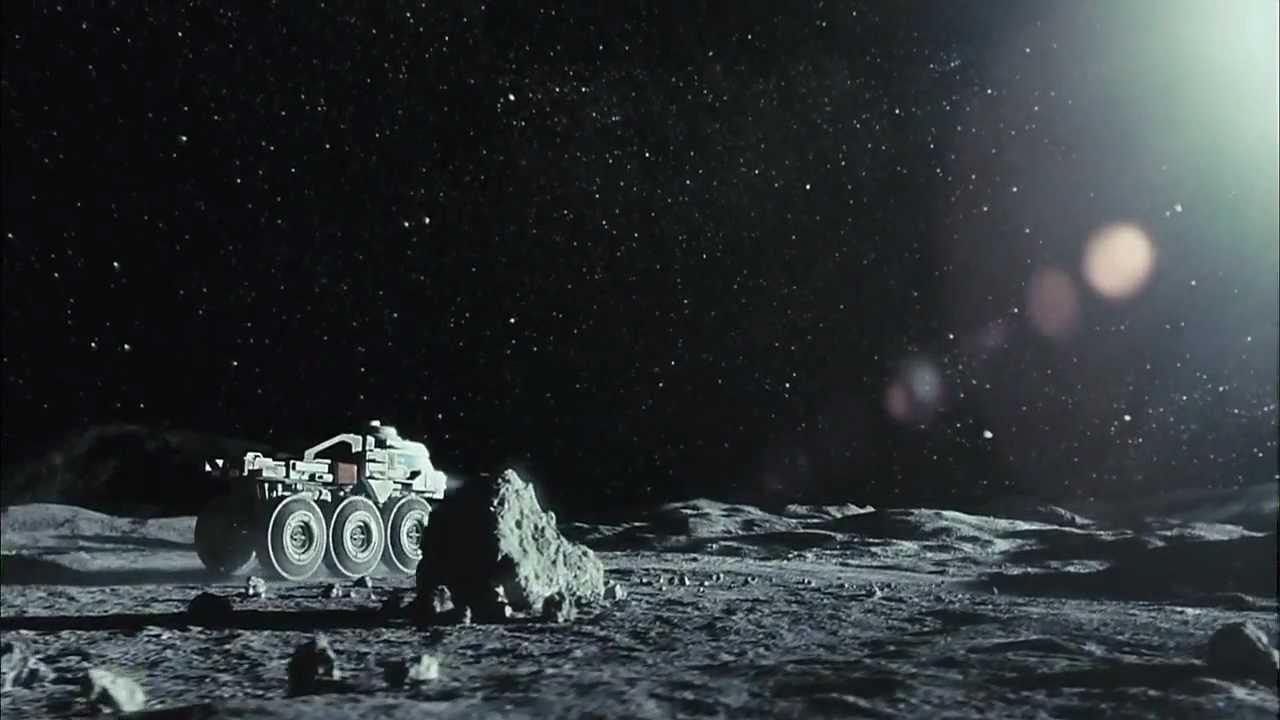 Duncan Jones, director of Moon, has mentioned that he took inspiration from a variety of sources. These include none other than 2001: A Space Odyssey, Blade Runner, and Alien. Viewers from later generations who are perhaps less familiar with these might compare Moon to The Martian or even Interstellar. Not that these movies share similar storylines, but there are some common underlying themes. I can think of a few other space-based movies that are even more accurate in terms of comparisons. But I feel like mentioning them would likely be an indirect spoiler, of sorts.

Jones and his production team did an excellent job of combining the old with the new. The use modern CGI alongside more old-school model effects allows Moon to carry an air of nostalgia that you’d likely feel when watching Alien or Blade Runner. You could describe the technology used within the movie as being almost retro-futuristic. Many of the machines and consoles look clunky, outdated, and yet perform tasks that our modern technology would be incapable of doing. Moon also offers up some truly stunning visuals, particularly of Earth. Although, it does combine these with some almost-comical visual effects that feel comparable to Thunderbirds.

When watching this movie, it’s immediately clear that 2001: A Space Odyssey was a major inspiration. The soundtrack itself gives off a similar vibe, which seems to be a common choice among space-based sci-fi movies these days. On top of that, you have GERTY the AI who is the Moon equivalent of HAL. Rather than using a red light as an indicator of communication, GERTY uses a giant emoji. For those of you who have ever played the Fallout game series, you’ll find this AI to be similar to some of its characters.

Is Moon Worth a Watch?

Moon isn’t a fast-paced movie by any means. It’s the slow telling of a man’s journey into despair and disbelief. If you enjoyed some of the movies that I’ve mentioned as influencing or being similar to Moon, then give it a watch. Moon’s science fiction may be left largely unexplained, but it never feels too far beyond the realm of possibility. This is one of the ways this movie feels almost too realistic and entirely possible. It has a runtime of just 1 hour and 37 minutes. So, you don’t have feel as if you’re committing to the >2.5-hour runtimes of Interstellar, Avatar, or 2001: A Space Odyssey. Try to go into the movie with zero expectations and you just might find yourself feeling pleasantly surprised!

Thank you for reading! What are your thoughts on Moon? If you haven’t seen it, will you give it a shot? Comment down below!

It surely is a hidden gem! Nice review, I actually agree with you 100%, and Sam Rockwell is truly amazing in it!