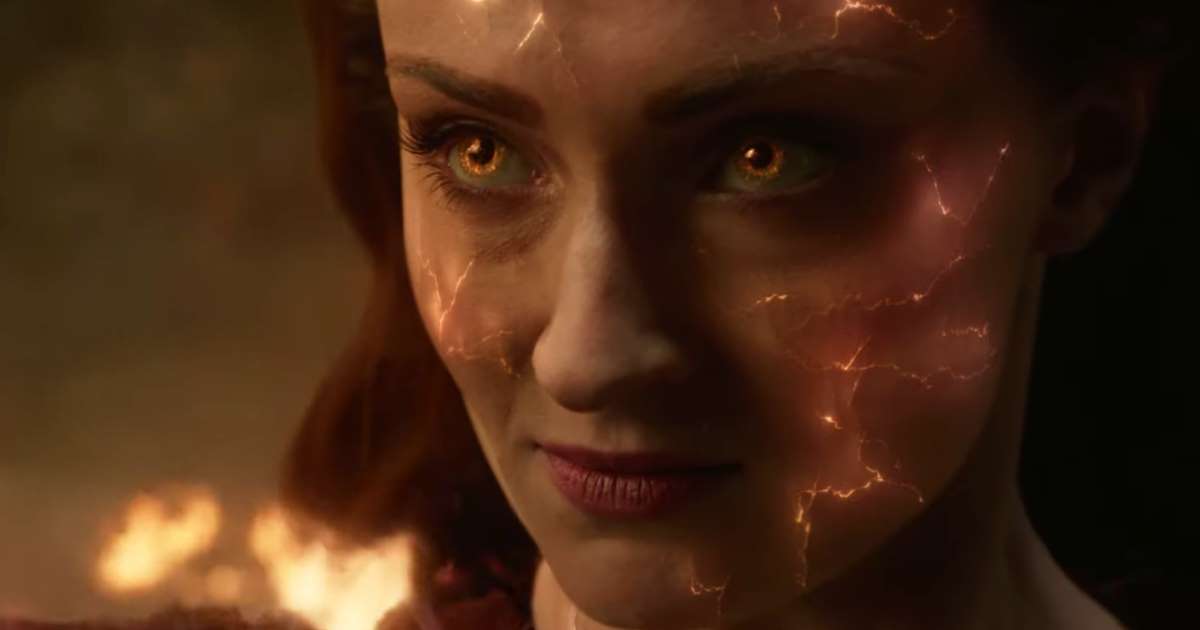 I think it’s safe to say that June had the most unnecessary, high-profile movies of the year so far, and it might even keep that distinction for the entire year. Seriously. We have a new Murderers’ Row, except this time it’s not the 1927 Yankees’ lineup, it’s the wholly unoriginal, and uninspiring lineup of films we had the displeasure of watching in June.

Let’s take a quick look at the worst movies of June 2019, but not a long one! I don’t want to think about these movies any more than I have to:

Anna, Luc Besson’s loose remake of the same film that he’s made approximately 15,904 times at this point, was long delayed due to sexual assault allegations made against the director during the wave of #MeToo claims in an attempt to create some distance between the two. Unfortunately for the producers of the film, Anna is so average that the only interesting thing to discuss about the movie is its director and his gross proclivities.

Aside from Helen Mirren, who is perfectly hammy as a member of the KGB, Anna is a slog with a bevy of frustrating time jumps in combination with poor character work.

In the end, Anna might have been salvaged if we saw an inspired lead performance from Sasha Luss, but her line delivery is consistently wooden. Like the rest of the movie, she continuously fails to hook you. 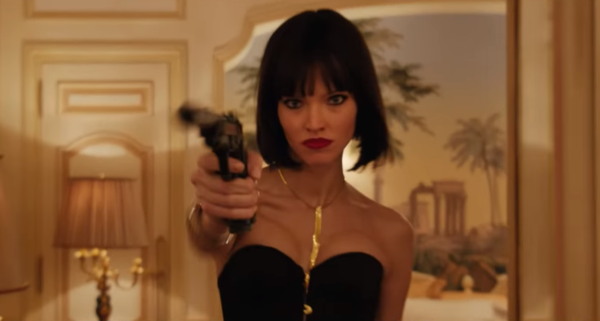 Fox’s iterations of the X-Men represent both the best and the worst of what modern superheroes have had to offer. The same franchise that contains Days of Future Past, Deadpool, and Logan (my personal favorite superhero movie) also has The Last Stand, X-Men Origins: Wolverine, Apocalypse, and Dark Phoenix. I’ll let that sink in for a second.

With months of bad press leading up to Dark Phoenix‘s release, it was pretty obvious that it was going to tank. The film went through serious reshoots, and the result is three acts that feel like three different movies with different tones and motivations in each. What makes it even worse is that Dark Phoenix is more self-serious than Schindler’s List.

It’s a pity that such a talented cast is wasted on material that is ripped to shreds; they’re all giving it their best, especially Michael Fassbender who is now consistently wasted in terrible movies. However, I guess I can thank Dark Phoenix for one thing: its failure freed up a lot of A-list talent to go off and do whatever projects they find interesting.

From now on, when you’re debating on whether or not to watch an Adam Sandler film, a good gauge of the film’s quality is to check the director of the project. If the name is unrecognizable, odds are that the film is going to end up being something like The Ridiculous 6, or Murder Mystery. I can’t blame Adam Sandler for his spotty record; when you’re as absurdly rich as he is, I imaginable that it’s fairly difficult to always give an A+ effort on a film. At least he still gives auteurs like Noah Baumbach a good performance. Nevertheless, it is still excruciatingly painful to watch Sandler projects when they amount to what is essentially an extended vacation for him and whatever friends he brings along.

Murder Mystery is simply lazy, a description that isn’t new to Sandler’s films. It leans far less on the crude and cruel humor that have populated Sandler’s other Netflix projects, but it replaces it with, well, nothing of note. Murder Mystery is an unbelievable waste of time, a film that amounts to a feature-length commercial for Claritin. Just thinking about this movie makes me tired!

Can you give like, 1% effort, Adam? Image via Variety

Let’s continue the savagery by looking at a few films that just missed the top three:

Shaft, which is the quasi-sequel-reboot of Shaft which was also a reboot of the original Shaft and the Shaft television series, is another amazing example of Hollywood attempted to bank off of a semi-recognizable IP and failing miserably. Nobody wanted this movie, and yet we still got it.

Wait, you didn’t want another Men in Black movie? Well, you got one anyway! Similar to Shaft above, this is the quasi-sequel-reboot to a movie that wasn’t very well-received. Apologies to both Chris Hemsworth and Tessa Thompson, but no one was going to save this franchise.

Yesterday has an all-time premise, playing out the fantasy of a world without The Beatles and their music to very high highs on occasion. When the talented Himesh Patel is playing great Beatles songs, Yesterday works really well. The problem is just about everything else as tired gender dynamics and flimsy storytelling leave Yesterday with nothing to say. 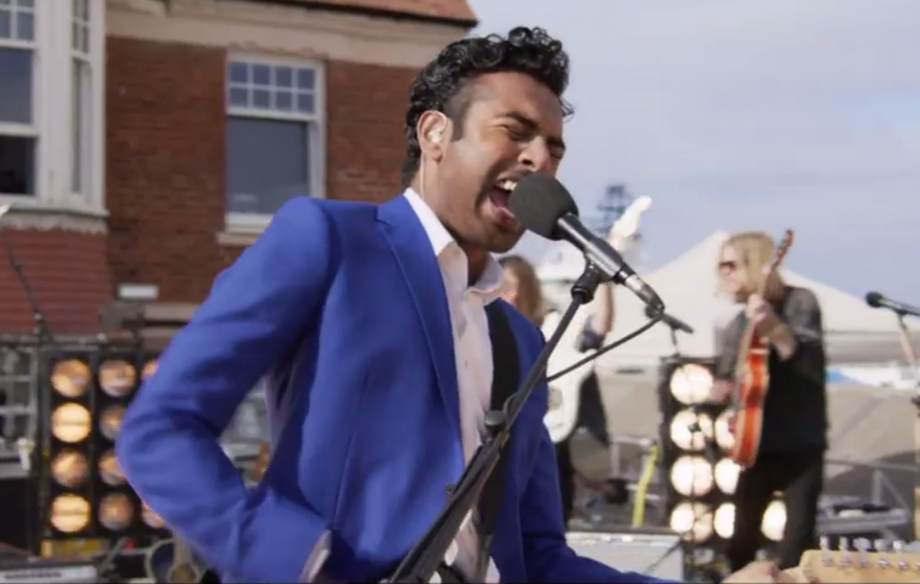 What a wasted opportunity…Image via NME

Thank you for reading! What are your thoughts on the worst movies of June 2019? Comment down below!

*Denotes that I personally have not seen the film, but someone else on the MovieBabble staff has seen and reviewed it

I disagree about Yesterday. I really enjoyed that film.

The horror. The horror. Every month lately I feel like I’m having a Kurtz moment.

Hahahaah! I’m right there with you! These bad movies are too much!!!!!

Only one I saw was Men in Black and it was indeed bad.

Well at least you were spared from the rest!! Lucky you lol!

Movies (if you can call them that) like Murder Mystery (and apparently all of Sandler’s Netflix films) are the reason I’m happy I don’t subscribe to the service (then there’s things like Stranger Things, which make me mad I don’t have it). And I passed on Shaft; never saw the original, didn’t see the remake and didn’t care about this one either. As for the rest, I agree with Olaf that Dark Phoenix (and in some respects Anna) aren’t quite as bad as most people make them out, but I completely understand the criticisms. As for my worst films of June: 3) Men In Black: International; 2) The Secret Life of Pets 2 (another lazy sequel with a handful of highlights that keep you interested); and 1) The Dead Don’t Die (I just didn’t quite get into it; I wanted to like it, and I like the meta-fictional aspects and fourth wall breaking, but I felt it was far too inconsistent and messy for my taste).

I don’t think you can call most Sandler’s projects “movies”! Lol! The crazy thing is that they’re always some of Netflix’s most watched pieces of content — sometimes I don’t understand why this world works the way it does hahhaha!

I hear ya. But that’s why Netflix partnered with Sandler in the first place; love him or hate him, the man is a billion-dollar box-office behemoth. You’re right though… sometimes the world just doesn’t make any sense!

Dark Pheonix isn’t as bad as anyone says it is. It has dull performances from Jennifer Lawrence, Nicolas Holt and the Storm girl, silly moments, terrible villain, at times uninspired action scenes. But! Every area of filmmaking I just named also has positives to counter so great actors, never seem before X-Men moments and fun final act fight. Other than that I’m glad Yesterday got the boot in the butt that it deserved. Such a dissapointment.

Yes but it also never fits together to form anything cohesive — that train fight is solidly filmed, but it’s mostly decent choreography stuck surrounded by motives that really don’t make sense whatsoever. Yes, good acting is always nice to see, but is it in service of anything? An interesting theme or for relationships that I’m still interested in? I can’t find a good answer to that.