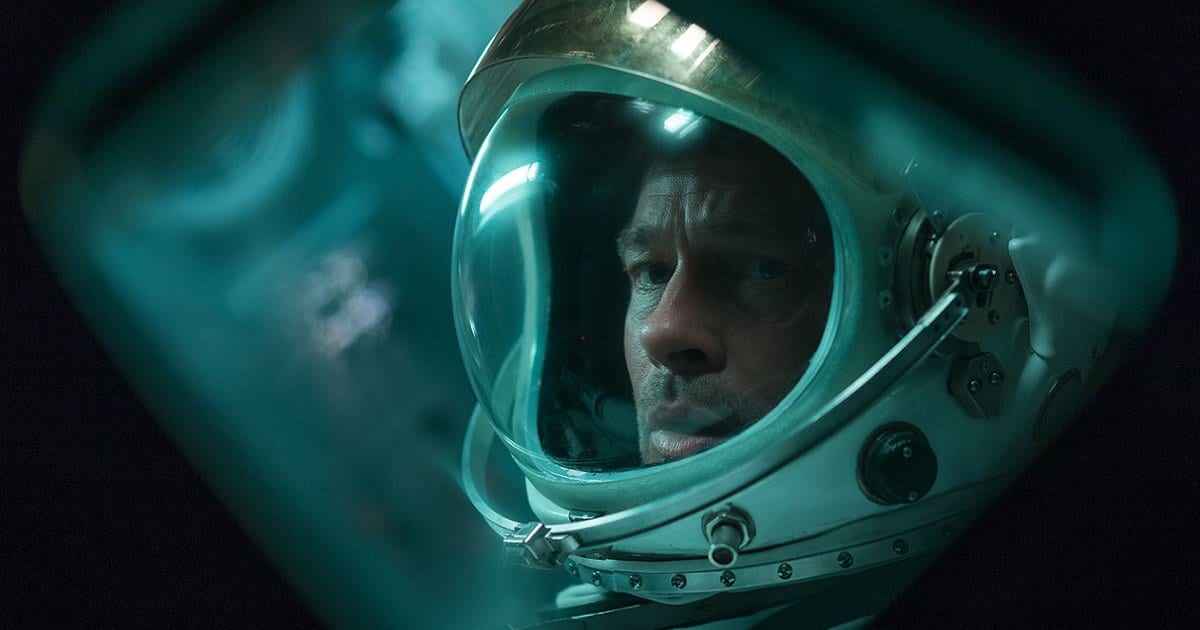 Though he certainly never left, 2019 is a bit of a mini-comeback for Brad Pitt, with high-profile roles in Once Upon a Time in Hollywood and now Ad Astra. He’s on-screen for almost all of James Gray’s space film, bringing the audience in with a measured, subdued performance.

Even so, Ad Astra didn’t work for everyone, dividing both critics and fans with some calling it a masterpiece and others claiming it a frustrating, tiresome product.

Members of the MovieBabble staff break down some of the more noteworthy parts of the film in our Ad Astra Exit Survey. SPOILERS to follow.

What’s the better Brad Pitt performance of 2019: Cliff Booth in Once Upon a Time in Hollywood or Roy McBride in Ad Astra?

Brad Pitt seemed to have genuine fun playing Cliff, and his sense of enjoyment seemed to leap right off of the screen. Roy McBride was the aged cliché of the humorless, stoic, emotionless astronaut; a caricature that felt like it accidentally wandered out of 1965. As a character, Roy McBride was more like an audition tape for First Man instead of a modern (or ’near-future’) astronaut.

Brennan Dubé: Really difficult choice here, but Brad Pitt was able to comfortably, and brilliantly portray both characters. Roy McBride is an incredibly subtle, yet absolutely moving force due to Pitt’s performance and for that, I’ll go with him in Ad Astra!

Nick Kush: I feel like Cliff Booth will be the more popular choice overall, but Roy McBride will have a small, but intensely dedicated fanbase. Personally, Cliff Booth is the better encapsulation of who Brad Pitt is as a performer and celebrity figure, even if I still love the sadboi energy (or lack thereof) that Roy offers.

Which set piece was your favorite?

Sebastian Sanzberro: Would have to be the lunar buggy chase, because it was the only set piece of Ad Astra that was genuinely unpredictable and viscerally exciting.

Brennan Dubé: The film is gorgeous, and there are many great ones to choose from. However, I’ll go with the Moon Rover Chase scene, which is breathtaking.

Where does the movie rank among Hoyte Van Hoytema’s work as a cinematographer?

Sebastian Sanzberro: I can’t really rank it, because art (especially cinematography) is very subjective, but I will say that the look of Ad Astra was one of its saving graces. Loved Van Hoytema’s work in Interstellar, Let the Right One In, and Dunkirk.

Brennan Dubé: He’s clearly one of the best, and with works like Her and Dunkirk, he’s really stepped into being one of the best cinematographers of the decade.

Nick Kush: Pour one out for Wally Pfister, who was tied at the hip to Christopher Nolan until he decided to go off and make his directorial debut…with Transcendence. Hoytema took over for him on Interstellar and now stands alongside Roger Deakins and others as the best working cinematographers. My guess is that we’ve yet to see the apex of Hoytema’s career, but I think Ad Astra is his best work to date. The sea of slightly faded blues surrounding Neptune as Pitt meets Tommy Lee Jones is nothing short of miraculous.

How do you feel about the film’s pacing? Too slow, too fast, or just right?

Sebastian Sanzberro: I’m perfectly fine with less kinetic pacing (2001: A Space Odyssey and Solaris are two of my sci-fi favorites), so I was okay with the more languid feel of Ad Astra. However, the movie’s trailers promised as a thrill-a-minute chase across the solar system, and it’s definitely not that movie.

Nick Kush: I’m a pretty patient viewer; if a movie engages me on a thematic level, I’m perfectly fine with characters staring off into the middle distance for minutes on end. The movie aims to stimulate emotionally, not take the viewer on an action-packed romp. Understanding the intentions of the filmmaker is something that I think we all sometimes struggle to grasp, or we’re simply not willing. There are criticisms of Ad Astra that are warranted, but I think calling it “boring” undermines all the greatness in it.

What’s your opinion on the encounter with Tommy Lee Jones at the end of the film? Did it feel emotionally resonant?

Cliff’s killing his mutinous crew for not believing in his little green men seems a bit slim for character motivation. After years of negative results from The Lima Project’s quest to find extraterrestrial signals, you’d think Cliff would eventually make his peace with the Fermi paradox. There is an implication of Cliff being a religious man in the classified visual logs, (where he makes numerous references to God) but the parameters of Cliff McBride’s demigod complex are poorly defined at best. The terrific Tommy Lee Jones does what he can, but the character is more a collection of demented ticks and ill-temperament rather than a strongly motivated antagonist.

Brennan Dubé: The ending of the film felt natural with the story that was being set up in the film. It’s a cold payoff, but it does make sense to the overall story and direction.

Nick Kush: It’s ballsy, isn’t it? The idea of someone going on a long, arduous trip only to not find the answers they were looking for isn’t a new idea. But mixed in with the way that the film speaks of father-son relationships and purpose in life is very moving. It creates a satisfyingly unsatisfying third act.

Sebastian Sanzberro: If I had to give it a grade, I’d say a C. Nice visuals paired to some interesting sci-fi ideas, but emotionally hollow.

Brennan Dubé: It’s an A for me! It’s a film that sticks to its merits, features some beautiful imagery, and tells a touching and thoughtful story. Not to mention it features one of the year’s very best performances! Brad Pitt was extraordinary.

Nick Kush: B+. A fan edit that takes out all of Brad Pitt’s narration might make the film closer to an A — it’s such an easy fix that it makes me wonder if the narration was a studio note to make the film viewed as more accessible by general audiences.

A few tweaks might have made Ad Astra a classic, but I’m just fine with a movie centered around a great Brad Pitt performance any day of the week.

Thank you for reading! What are your thoughts on the Ad Astra Exit Survey? Comment down below!

[…] like that before.” But alongside this originality is a sense of obtuseness, or worse, hollowness; unless we know what Kaufman is referencing, i’m thinking of ending things doesn’t make […]

Title game is getting better and better! Also I’m really not a fan of space movies, so should I watch it or not? It didn’t super interest me to begin with but now I’m intrigued.

So if you’re not a big space movie person to begin with, this might be a tough sell for you for, because not only is in space (lol), it’s very methodical and contemplative. I Imagine that might be a tough sit for someone not very interested in the genre lol.

I think this movie’s subtle approach can mislead an audience. As I say in my review (https://physics-art.com/2019/10/07/ad-astras-inspirational-message/), the meaning can be hard to see.

I agree with a lot of what was said here. Specifically the bit about the trailer being rather misleading. The cinematography was absolutely incredible, and I think it’s the #1 reason to watch the film. Otherwise, it was missing something. The plot felt like an afterthought and the cinematography the main focus of the film.

I think it’s very much a movie that they tried to find in editing, so there’s definitely some messiness in there. I don’t think something is necessarily “missing” as you put it, but it’s definitely odd! 😁