Anyone Remember ‘Prince of Persia’? Anyone? 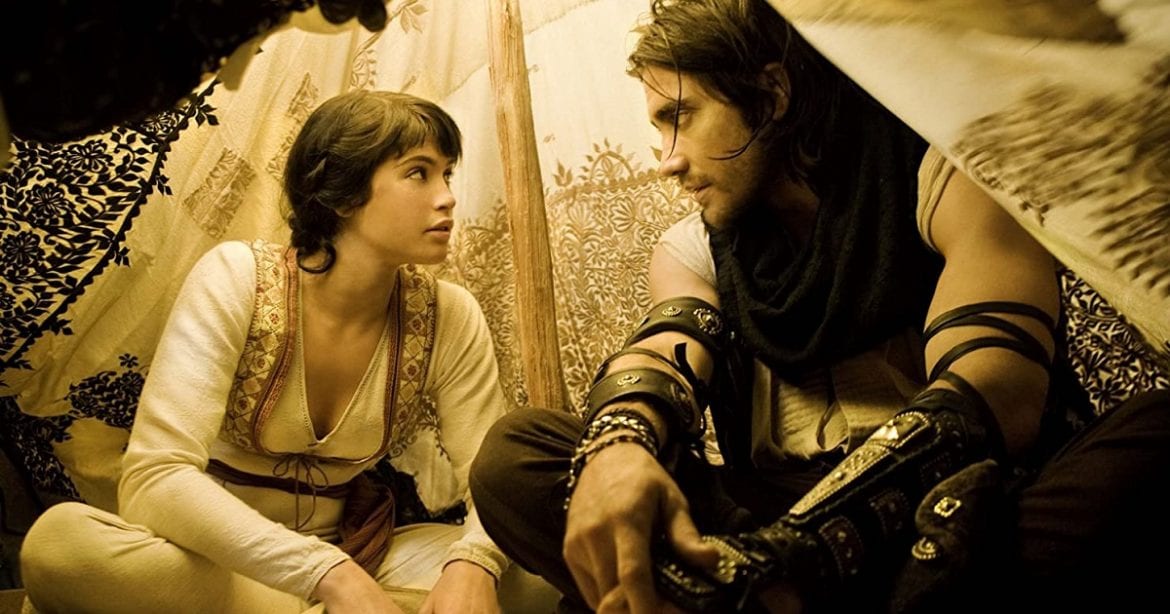 Does anyone actually remember Disney’s Prince of Persia: The Sands of Time (2010) or was that just a weird fever dream I had? Has it really been ten years since it came out? Seriously, does anyone remember this movie?

I’ll admit that I had totally forgotten about it until I wrote this article. The only recollections I had of this film were of the eerie Hassansins, which were unsettling.

It’s not like this film was bad necessarily — I quite enjoyed it when I rewatched it recently. The problem is that’s all it is…fine. Nothing about it stands out enough for me to remember Prince of Persia consistently.

Before I get into how forgettable this movie is, I just want to talk about what a good video game adaptation it was. That was part I loved the most about it; it would often hearken back to video games through certain camera angles and stunts. I especially enjoyed the scene where Dastan (Jake Gyllenhaal) crouches on a high building and the camera pans around him, just as it does for Ezio in the Assassin’s Creed series (one of my favorite franchises).

Another great part of this movie is the stunt work and parkour that it incorporates. Dastan, our daring hero, is light on his feet and super entertaining to watch when he’s in a chase scene or a fight. Just like a video game, the moves feel larger-than-life and fantastical, making for an exhilarating experience.

I’ll admit that Prince of Persia is probably one of the best video game adaptations out there. It stays true to that video game feel with all of its moves and choreography. It never drags too much and there’s always something happening. It’s about as dynamic a film as you can get.

…But a Poor Movie

The problem with adaptations from any media to movies is that certain media do not convey the same elements as other media. In video games, as much as hardcore gamers may disagree, the story isn’t exactly the first thing on anyone’s mind. What you’re thinking about during a video game is how many backflips you can do in a fight or how many enemies you can take out with one punch. The story is really just an afterthought to move the game along.

That’s how Prince of Persia feels. While the story is engaging up to a point, it felt clunky. The lore behind the Sands of Time dagger didn’t always make sense. Sometimes the characters’ reactions didn’t seem genuine, especially in the end when Dastan turns back time and warns his brothers about their uncle, Nizam’s (Ben Kingsley), sinister intentions towards their father, the king (Ronald Pickup). It often felt like the writers were just throwing in exposition between fight and chase scenes. In a video game, I wouldn’t mind too much; I’m only there for fight and chase scenes anyway. In a movie, I expect a little more from the story.

Because it was so lackluster, it’s easily forgettable. I remember the parkour scenes and the parts where someone gets absolutely slaughtered, but I don’t remember the story at all. A year from now, when I remember this movie for some reason, all I’ll remember is that Jake Gyllenhaal was really good at parkour.

Another one of the reasons this movie is so forgettable is because it lacks familiar faces. The only faces I halfway recognized were Alfred Molina, Jake Gyllenhaal, and Ben Kingsley.

I’m not saying that every movie needs to have a recognizable cast. If that were the case, then new actors would never be discovered. I’m just saying that it contributed to how forgettable the movie was.

The only character who gets any truly interesting dialogue is Gyllenhaal’s Dastan. Kingsley’s character, Nizam, has one distinguishable trait and that is evil — he wants to be king. We don’t really hear about his life past the fact that he has served his brother, the king, all his life. It’s the same with Dastan’s brothers Prince Tus (Richard Coyle) and Prince Garsiv (Toby Kebbell). There are lines of dialogue where they hint at the type of relationship they have with Dastan, but we never really unravel that thread. Even the main female character, Prince Tamina (Gemma Arterton), really has no interesting dialogue.

The combination of flat characters, forgettable dialogue, and unrecognizable faces ensures that Prince of Persia is far from memorable.

Another problem this movie has is everyone dies so quickly. Characters either die before we can get to know them or they die so quickly that we don’t get to say goodbye to them. In both cases, it makes for some forgettable characters.

For example, we meet the king for maybe five minutes before he is killed off by a poisoned cloak. From then on out, we are told about him rather than actually see his behavior. All I remember about the king is that he was good, which I guess is all I have to remember.

Then there was the death of Garsiv. Just as Garsiv begins to believe Dastan about Nizam’s evil intentions, he is killed off. I was ready for him to give a few lines of dying dialogue about how he believes Dastan and how he loves Dastan and such. As annoying as these extended deaths can be, they can sometimes add a lot to a film that desperately needs something to hold onto. Instead, Garsiv dies swiftly after whispering something about saving the empire.

Nobody except Gyllenhaal sticks around long enough. They could’ve named this movie Jake Gyllenhaal Wanders Around in Sand for Two Hours and Occasionally Does a Backflip and it would be more memorable.

Overall, nothing about Prince of Persia stands out. There’s no defining fight scene. Nobody’s death really hits hard enough. None of the dialogue is profound enough to be quoted. The setting is pretty bland, even with the opportunities desert scenery can offer. The only thing that stands out more than the rest of the film is the stunts and there aren’t enough of those to make the whole movie something to remember.

I can guarantee you that by next month, I will have totally forgotten that I watched Prince of Persia.

Thank you for reading! What are your thoughts on Prince of Persia: The Sands of Time? Comment down below!

You’re not wrong. It has its redeeming qualities though!

[…] Like Prince of Persia (2010), I had completely forgotten that The Sorcerer’s Apprentice (2010) existed. (Apparently, 2010 was the year for forgettable live-action Disney films.) The only thing I remembered about the film was when David (Jay Baruchel) was training to be a sorcerer and a ball of energy hits him in the crotch. Needless to say, I had pretty low expectations for the re-watch. […]

I remember watching this film and not finishing it. I didn’t even realize it was Jake Gyllenhaal who played the lead until I saw a poster for it recently and realized it was him! Honestly, this movie is one to remember and forget, which is strange. Loved this post!

Boy, isn’t that the truth. There’s ’80s VHS ditties of the low-budget trash variety I remember vividly. Then there’s those big A-List films that tried so hard to be “epic,” etc., but instead we end up not remembering them all.

Great insight from the MB crew, once again!

Yeah, I reviewed the film on my blog, so that’s why I remember it. But had I not, I probably would have forgotten it.

Just rewatched this last night. Not a great movie by any means, but, for what it’s worth, it’s entertaining. The original script, written by POP creator, Jordan Mechner, is, though not perfect, still a vastly superior adaptation of the game: https://thescriptsavant.com/pdf/PrinceOfPersiaTheSandsOfTime.pdf

I saw this at the cinema – as a Disney/Bruckheimer film, I’d hoped it would be more fun that it actually was. I remember that when it was indicated Gemma Arterton’s character would probably have to die, I was surprised to find that I didn’t particularly care either way – not a good sign.

I do remember it, it was nothing special despite the big promotion about it

‘Wonder Park’ Fails to Bring Much Wonder to...