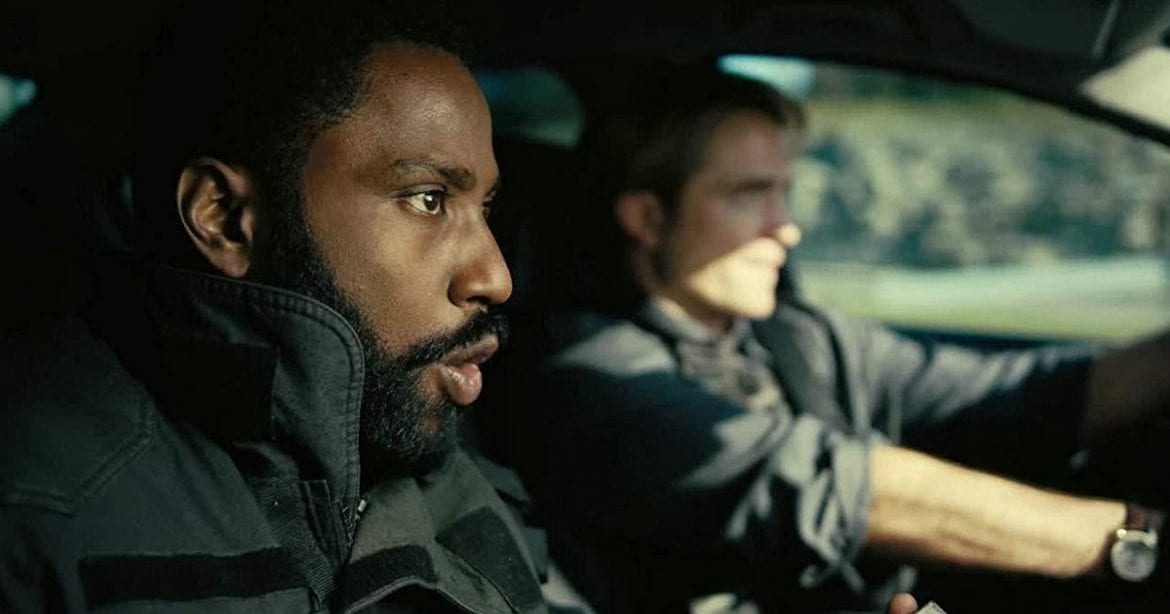 As the uncertainty of 2020 continues, there is one thing that we can be certain of, and that’s that we have another Christopher Nolan hit on our hands.

A film that has seemingly united the world with its unprecedented demand, Tenet is an espionage film unlike anything we have seen before. With a nail-biting plot that spans the entire globe, the film is a genre mashup that can leave its audience both awe-inspired and somewhat confused. Nolan leaves no time to breathe, with the film’s breakneck pace and extremely busy plot initially coming off as convoluted and confusing. However, Nolan asks the audience early on to not get caught up trying to decipher the inner workings of its premise, but to focus more so on the why; to just go along for the ride and “feel it”.

Nolan has created a wholly unique film in Tenet. While its character work may not be as in-depth as other films, Tenet is easily Nolan’s most ambitious film to date. Excelling in its mind-boggling premise and in its execution. However, you can’t win an audience over with a unique premise alone. Because of this, Nolan takes a common plotline from the spy genre — such as the end of the world — and places within it an element of science fiction that flips everything you expect on its head.

Due to Nolan’s incredible directive vision, the film is utterly engaging throughout, despite its underdeveloped characters. This is also thanks to some amazing performances, particularly from John David Washington who is at the top of his game here as the film’s protagonist (he’s literally billed as “The Protagonist“). Completing a lot of the stunt work himself, Washington really shines in this role. He is able to disappear into this character right from the beginning, making the audience forget they’ve ever seen this guy on the big screen before.

Also great in this film is Robert Pattinson and Kenneth Branagh, who play the sidekick to Washington and the film’s villain, respectively. Pattinson, unsurprisingly, absolutely vanishes in this role. Much like his other work as of recent, he absolutely engulfs himself in this character’s shell. Long gone are the days of audiences saying, “Hey, that’s the guy from Twilight!” Similarly, Branagh is also great here. However, despite giving such great performances, Nolan’s screenplay doesn’t spend much time delving into the characters’ more nuanced motives other than what is found at surface level. 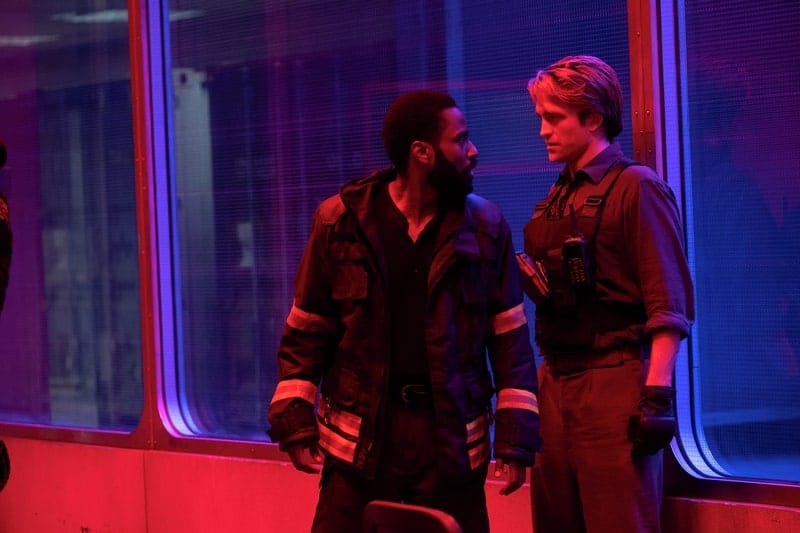 While the film can become quite complex in its more sci-fi elements — like it’s concept of Inversion — Nolan dedicates a lot of time early on to explain what exactly it is and how it works. Thankfully, this is done in a way that is integral to propelling the film’s plot forward, never feeling like the film is over-explaining things to the audience. With the introduction of Inversion as a concept, however, Nolan plays his cards extremely well; tip-toeing around the usual plot holes that can be found in films that deal with time travel as a concept. However, Inversion isn’t what you come to expect from time travel. Nolan has created something new and fresh here and, thankfully, sets his rules early ensuring to never break them; and from there, the film kicks into gear and it’s full speed ahead.

They Crashed a Plane?!

Where the film really shines, however, is in its grandeur. Keeping so much of the film in camera, Nolan captures something that feels incredibly tactile and real. Not only does he get an immense amount of physical talent out of his cast, but he also crafts an incredible visual style with cinematographer Hoyte Van Hoytema. Everything from hand-to-hand combat, to planes crashing into buildings, is captured within the frame with as little CGI as possible; and it shows. Even when you get down to the incredible Inversion sequences, there is a raw energy to them that bleeds from the screen. This is thanks to the top-notch stunt work and Nolan’s unique filming approach to these sequences. Pair all of this together with Ludwig Göransson’s incredible score, and we’ve got a hit on our hands. 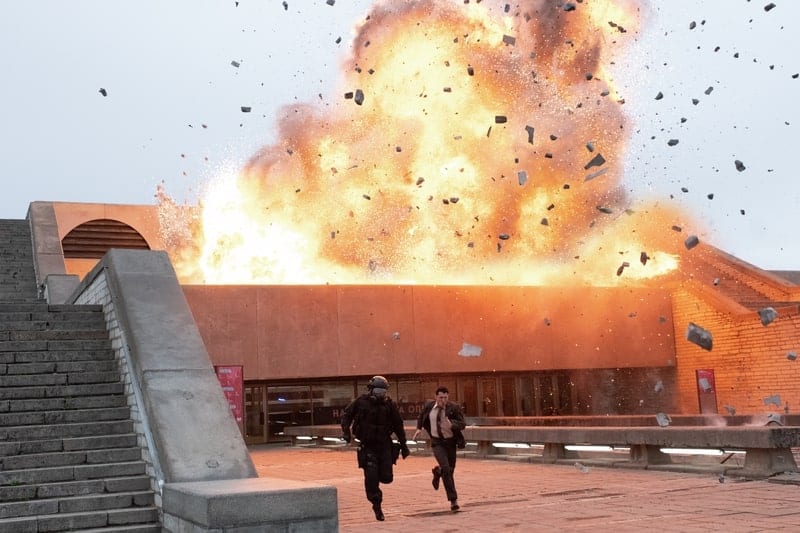 In the end, Tenet is a film unlike anything we’ve seen before. It’s a spy film of old, blended with a sci-fi film of new, resulting in a genre-mashup that just might be a turn for what is possible in movies going forward. While the film can come off as rather complicated, Nolan spends enough time setting the stage and giving the audience the right amount of information to get on board, to then hurtle towards the finish line. Sure, some of the characters could have been fleshed out a bit more, but with great performances across the board and a unique world that feels wholly realized, Tenet never disengages its audience; even when it may not be clear what exactly is happening.

Nolan’s most ambitious project yet, Tenet is a film that asks its audience early on, “Don’t try to understand it. Feel it,” and if you can get on board with that idea alone, you’ll have a blast.

Thank you for reading! What are your thoughts on Tenet? Comment down below!

[…] go down as one of the most divisive movies this year. Starring the incredible Zendaya as Marie and John David Washington as Malcolm, the film is based around a filmmaker who returns home with his girlfriend following a […]

[…] screened online at North Bend Film Fest as part of Nightstream, Abduction is a new Australian science fiction short from director, Paul Komadina. The film follows a young woman that wakes up in a field after a […]

[…] be honest, it’s a fairly straightforward film, to the point that I don’t really feel the need to talk about the plot for the rest of […]

[…] be honest, it’s a fairly straightforward film, to the point that I don’t really feel the need to talk about the plot for the rest of […]