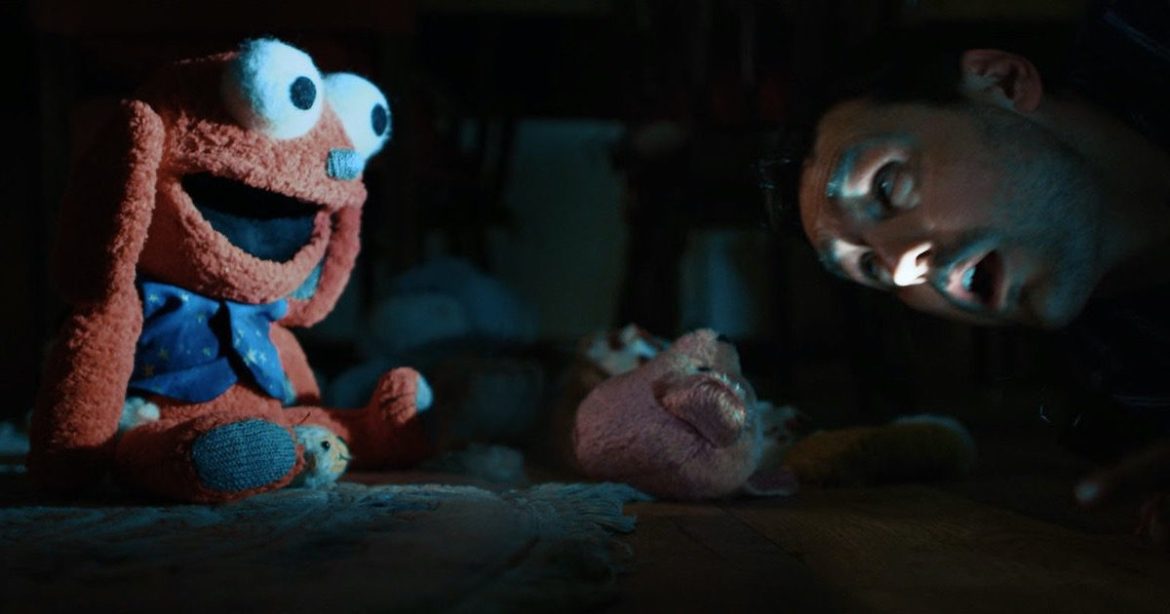 Loner Jack throws away some of his old stuff after his parents die in a freak accident, including his childhood teddy bear, Benny. But, in a twist of fate, Benny springs to life! He desperately wants to be loved by Jack, and will kill anyone who dares to come near him.

Benny Loves You is incredibly entertaining, though admittedly wavers in quality throughout. There are some gorgeous shots and hilarious lines of dialogue; then, other scenes look fairly uninspired. As the director, writer, lead actor, and editor, Karl Holt leads the way, which is admirable and most likely done to fit a small budget, but it might have cut the film short in areas where it deserved more attention. The film’s ensemble cast is also stacked with young male actors playing supporting characters, even those you’d expect to be much older (or remind a lot of the other characters). I wouldn’t be surprised if Holt asked some of his friends to free up a day for some supporting work. A film with such energy certainly has its charms, but it’s limiting.

The Benny character himself is fun as a cute killer and clear riff on Sesame Street‘s Elmo. His movements are quite puppet-like, which, without the strings, looks odd at times, but I do appreciate the idea. He’s a lot like Chucky, though, in that he is kind to his owner but a vicious killer to anyone else. Benny Loves You reminded me very much of Jexi too, a film in which Adam Devine’s character’s phone starts to ruin his life after it falls in love with him. Look, there have been plenty of movies that have tried the evil puppet/doll/device gimmick, but Benny Loves You certainly does it differently with a few surprises and a ton of ironic cutesy one-liners from Benny himself.

Unfortunately, the main character Jack played by Karl Holt isn’t super interesting. He experiences great trauma at the start of the movie, and while that would be upsetting for anyone to live through, Benny Loves You relies on it as his defining characteristic.

The tone is also a bit jumpy: Benny Loves You is clearly a horror-comedy, but with some bits played for genuine drama, it makes other situations appear far too silly by comparison. Overall, the film could have done with sticking to only comedy throughout which, even though I do recommend the film, may have turned much of its untapped potential into something a little more realized.

Thank you for reading! What are your thoughts on Benny Loves You? Comment down below!