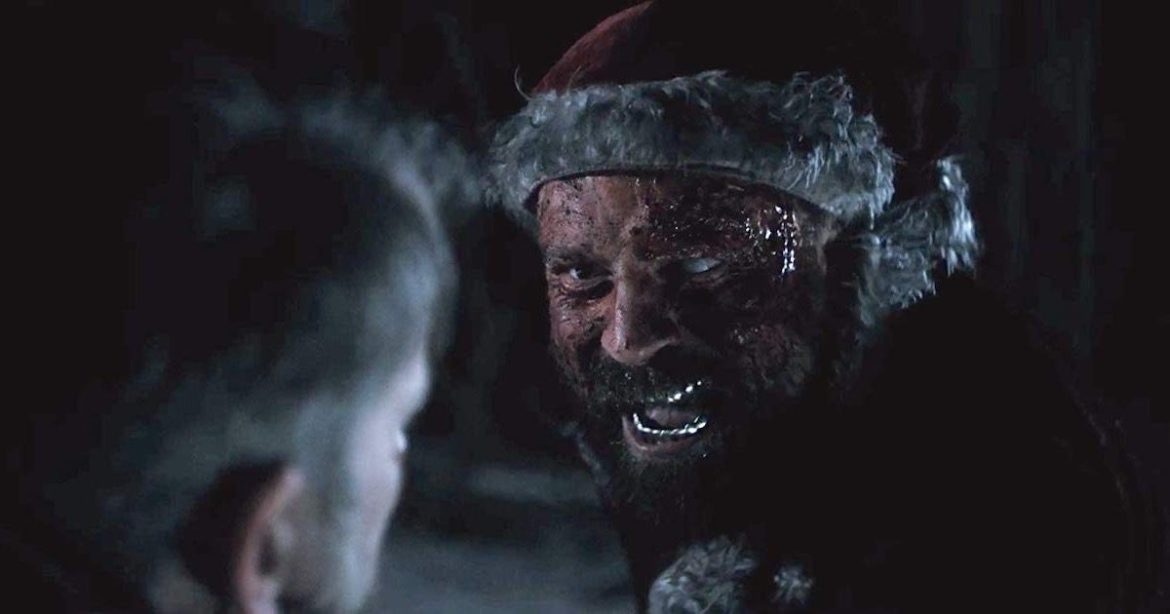 Watching a Christmas film around Halloween felt a little odd; however, scary stuff mixed with Christmas is an excellent combination. It’s still a common phenomenon to share ghost stories at Christmas time, after all. Let’s not forget popular Christmas films Gremlins, Black Christmas, and my personal favorite, Krampus. While Halloween is the perfect holiday for a scary story, Christmas films offer that patented warm and fuzzy feeling. The possibility of something terrible happening is what makes Christmas horror films so exciting.

The Nights Before Christmas will not be giving you a warm and fuzzy feeling in any way. I thought it would be nearly impossible to make anything but a cheeky comedy film with some gore from the description: Santa and Mrs. Claus escape from an asylum and kill their victims based on whether they are naughty or nice. Instead, what we get is quite a disturbing cat-and-mouse game. The discouraging representation of a mentally ill person aside, the main villains were terrifying as ever.

The film comes with some unexpected turns, having an excellent pace and striking an outstanding balance between tension and gore. Worth mentioning, this is a sequel, but works as a standalone film should you prefer to watch just this film for some reason. Most of the significant events from its original Once Upon a Time at Christmas are immediately summarized at the film’s start. There are also several moments where it references previous events, so you don’t feel like you’re missing or forgetting anything.

The original Santa and Mrs. Claus (Simon Phillips and Sayla de Goede) return along with many of the original film’s characters and actors. This new story also introduces some new characters, such as FBI agent Natalie Parker (Kate Schroder). Parker is calm and collected, and out to catch the Clauses before their rampage worsens. The new FBI characters’ introduction creates a nice diversion from watching the Claus’ murderous spree by shifting the perspective to the FBI setting traps for them along the way.

While I wasn’t impressed by some of the portrayal of mental illness in The Nights Before Christmas and the asylum tropes that came with it, the film does try to make some valid points on the healthcare system and patients’ inhumane treatments. The Nights Before Christmas is great as long as you are into gore and enjoy playing some old-fashioned cat-and-mouse games. Viewer discretion is advised if you plan to watch this closer to Christmas: something far more sinister might be awaiting you.

Thank you for reading! What are your thoughts on The Nights Before Christmas? Comment down below!