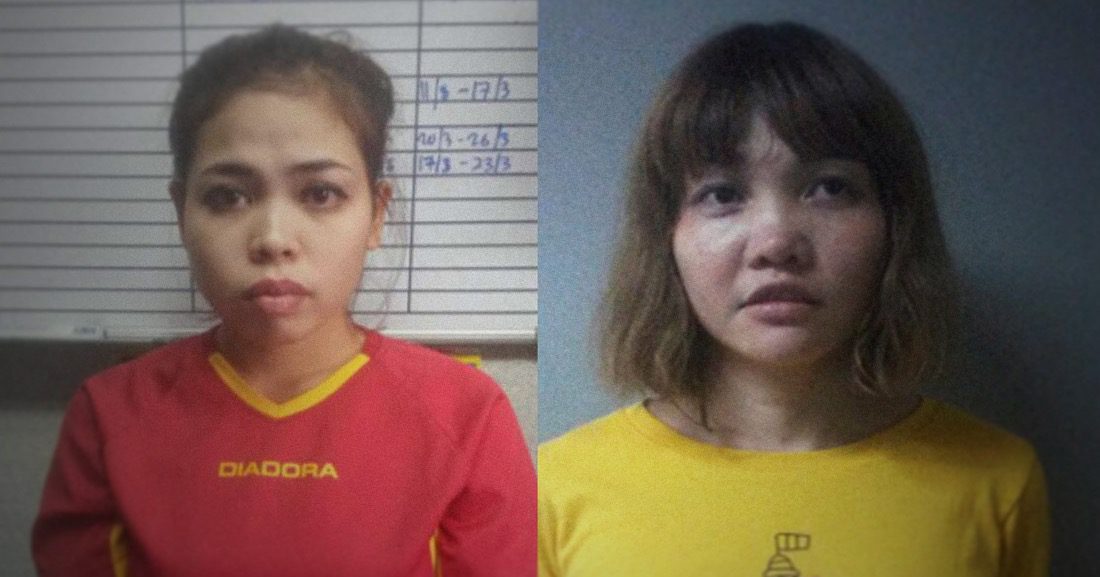 On February 13th, 2017, Kim Jong-nam, the half-brother of Kim Jong-un, was assassinated at the Kuala Lumpur International Airport in Malaysia after being attacked with the VX nerve agent, an extremely toxic chemical that has been banned since the 1990s.

Conveniently, four North Korean suspects boarded flights to Pyongyang and returned to their country without being arrested; others were arrested in Malaysia and quickly released without being charged. But Malaysian law enforcement had to charge someone in this case. That left the two women who carried out the assassination, Siti Aisyah and Doan Thi Huong. They were quickly charged with Jong-nam’s murder and taken to trial with a mandatory death sentence looming large. Throughout the legal process, however, the women maintained they had no idea they had killed someone. Instead, they claimed they were acting as part of a prank show.

This story is equally insane and complex. Ryan White’s Assassins coherently breaks down each element into digestible pieces while remaining entirely gripping. From the severed ties between Kim Jong-nam and the North Korean regime to the grooming process that led to Siti Aisyah and Doan Thi Huong committing the act, the film’s overview approach serves as a great primer. (If nothing else, Assassins is yet another great example of why prank shows are the worst and have never led to anything remotely positive in the world.) Those looking for a deeper examination of North Korea and its political intricacies may find Assassins limited, however. The documentary sticks to the nuts and bolts of the assassination and the resulting trial and provides key background information where necessary.

Be that as it may, U.S. officials consider North Korea a “black hole” for intelligence, so asking Assassins to answer the abundance of questions we have may prove unreasonable. What the documentary gets right is focusing on Siti and Doan’s stories. One of my pet peeves in the true-crime genre is the general desire to make upsetting stories as bingeable and as excited to watch as possible without any regard for the toll felt by the main subjects or those close to them. Assassins spends a considerable amount of time weaving through the schemes, the international intrigue, and the fear surrounding North Korea, but it never loses sight of Siti and Doan and makes sure to humanize them whenever possible. Especially in the second half, when Assassins shifts from laying the groundwork for the assassination to focusing on their trial.

Quickly, you realize these two women couldn’t possibly be killers; they were unknowing cogs. The real killers, unfortunately, are still at large. The most terrifying piece is that they act as part of a terrorist network we still don’t fully understand.

Thank you for reading! What are your thoughts on Assassins? Comment down below!

Crazy this even got made honestly

You’re not wrong! It’s worth noting that basically every big distributor passed on it, probably because they were nervous about any possible ramifications to come from releasing it

I’m having flashbacks to The Interview lolol