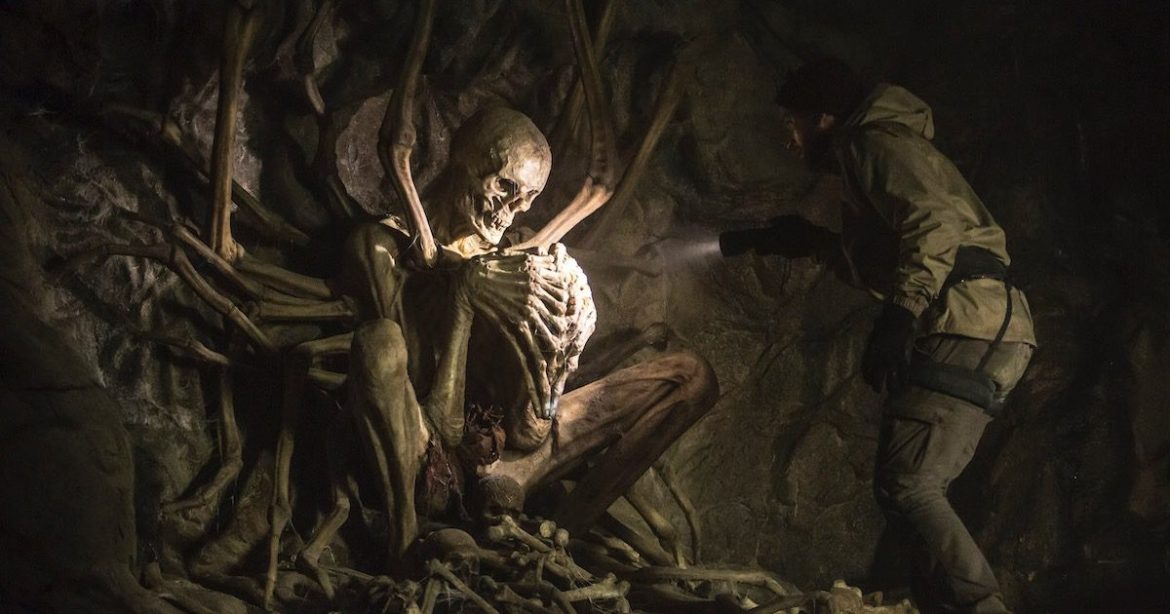 Does anyone else still use Redbox? This is something I’m genuinely curious about because I still find myself making regular trips to the Redbox despite all of the streaming services I have access to on my PS5. Perhaps it is related to the fact that I continue to cling to physical media as my preferred way to view films.

I have been curious to see the new Justin Benson and Aaron Moorhead film Synchronic, and my Redbox application that I use on my iPhone informed me that Synchronic would be available to rent via Redbox on January 12th (which is the day I am writing this). Seeing as it is January 12th, and I have been curious to view this film, and I certainly wasn’t going to wander into the apocalypse with a mask on my face to view it in theaters surrounded by people who were probably far less conflicted about being in a movie theater back when this film had its theatrical run in 2020, I figured I would travel .2 miles to my nearest Redbox to rent the film. I want you to imagine my shock, dear reader, when I discovered that Synchronic would not be available on Redbox until January 19th. Being a self-described “regular” customer to Redbox, I hardly batted an eye at this revelation seeing as I have dealt with identical situations more times than I can count. At this moment, I decided to make lemonade with the lemons life threw at me and rented three other films (one because they asked me if I wanted to add one more film for 75 cents). I rented Spell, Alone, and the subject of this article you are currently reading, The Empty Man.

I have one question that can be answered in multiple different ways, and this question will likely be what I spend the duration of this article exploring: why is no one talking about The Empty Man? Realistically, I can arrive at an answer fairly easily based on logical speculation. The Empty Man was dumped into theaters in the middle of the hellscape referred to as the coronavirus pandemic likely because Disney, having acquired 20th Century Fox, viewed the film and concluded they had no idea how to market this film and that it would almost certainly flop, and decided they would cut their losses and dump this film into theaters alongside films like The War with Grandpa, The New Mutants, and Unhinged. I sat down to watch this movie fully expecting a terrible horror film because once again, I am a regular customer of Redbox and have been throughout the entire duration of 2020. This means I have sat through shitty horror films that no human being should ever be subjected to.

Viewing the poster art for The Empty Man, I felt a cold shiver travel down my spine as I was assaulted with the memories of previous Redbox outings such as The Bye Bye Man (which I forgot to return and now own $25 later), Ouija, and The Devil Inside. However, having already left the safe confines of my apartment (a big deal these days), I decided I hated myself enough to willingly subject myself to something that would potentially make me feel very bleak about the state of the film industry. I will quit beating around the bush and just get to the point: despite some flaws, I was kind of blown away by The Empty Man.

I will start by saying that I will not spoil this film in this article because I would guess I am one of maybe a dozen people who has actually seen it (this is hyperbolic, but pretty much everyone I talk to regularly watches films and I know no one who has seen it). I knew nothing about this film other than the title. From the opening prologue that lasts about 20 minutes prior to the title card, I was on board with this film in a big way. I can also say I was consistently engaged and entertained for the entire 2 hours and 17 minutes, a runtime that I willingly concede is too long.

Before I continue, I should probably give a few disclaimers:

I am not here to try to argue that The Empty Man is a masterpiece. It is a flawed film, particularly in its script. However, I am here to say that I was really surprised by this film. I thought the direction was genuinely great with the use of some incredible imagery throughout. The performances were also good: James Badge Dale is pretty much exactly what he needs to be for this role and I found him to be a likable enough protagonist. Lastly, I thought the scares of this film were handled, for the most part, very well and, as someone who is pretty desensitized to horror, some even worked on me. Once again, a lot of the tension and horror is brought from some truly amazing visuals, and I would be curious to see what director David Prior does next.

Another thing I am a total sucker for are horror films that feature a curse that feels like a real urban legend. I am thinking of something like It Follows, where a set of rules are provided that involve choices the characters in the film make cause the monster of the film to be unleashed. The Empty Man is a film that utilizes this technique as well. It is based on a graphic novel, and I felt that the intrigue surrounding the central mystery was very fun and engaging to figure out with the lead character. Every shocking revelation made me curious to see where the film was headed next. I was pretty happy with where the film ended up when all is said and done.

However, as I stated above, The Empty Man is not a perfect film. Some of the plot is not exactly clearly told. A lot of the details of the rules surrounding the supernatural force in the film aren’t exactly clear. To go further elaborate would require getting into heavy spoilers, and we’ll let another dozen people see it before going there. By the end of the film, some pretty crazy shit has happened to and been revealed surrounding our lead character. I would say the bare minimum of the film is explained. There’s an entire subplot regarding a cult that feels like it could have used a lot more time explaining things that end up to be big revelations in the third act.

Despite all of this, The Empty Man is an insane and wildly ambitious film of a scale very few films attempt to have, let alone horror films. I walk away from Redbox most of the time feeling cheated, not of the $2 I spent renting a film, but of my most valuable thing: my time. It is never a fun experience to view a terrible film rented from a Redbox location and to feel your mortality slowly slipping through the cracks of your fingers. It is too often the case that my relationship with Redbox is like that of an abusive relationship. I keep returning after being hurt, telling myself he’s changed this time, only to be hurt again. However, The Empty Man is a film that allowed for healing in our relationship, if only for a short while.

Thank you for reading! What are your thoughts on The Empty Man? Comment down below!