After twenty years, the great director returns with what is, inarguably, the worst film of his career. 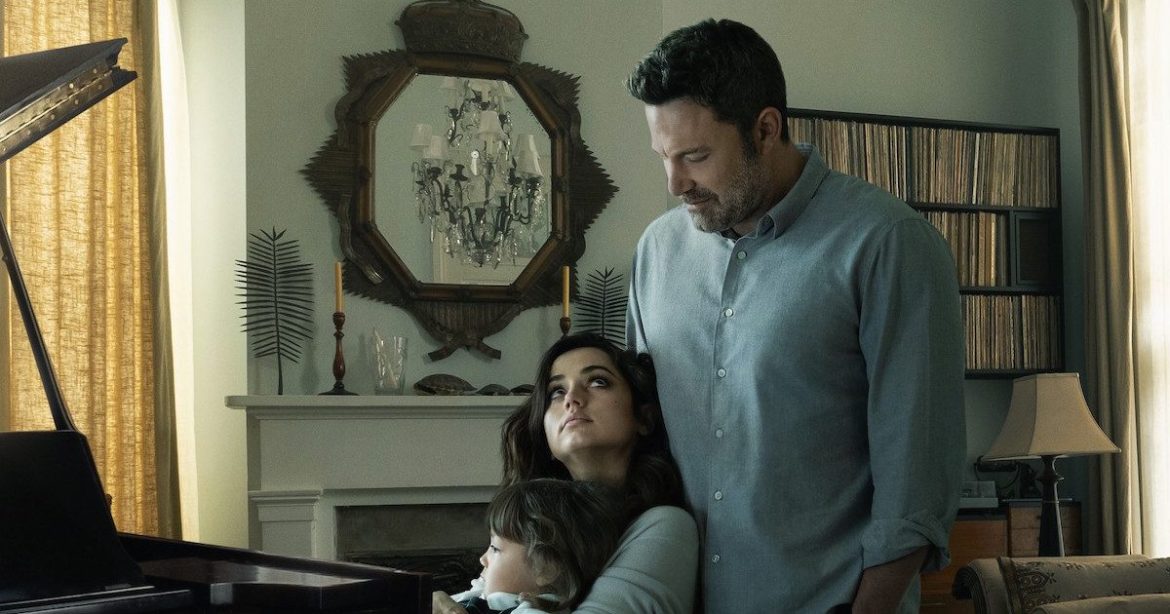 These films can become classics of the genre, from 1981’s Body Heat, which saw the recently deceased William Hurt getting it on with Kathleen Turner; 1981’s The Postman Always Rings Twice, the excellent remake of the noir classic which gave us a steamy love scene between Jack Nicholson and Jessica Lange; 1987’s Fatal Attraction, which did to adultery what Jaws did to the beach; to 1992’s Basic Instinct, Paul Verhoeven’s deliciously sleazy pastiche of Hitchcock cinema.

There are others, some schlocky, embarrassing entries into acclaimed stars’ careers. A year after Basic Instinct, Sharon Stone returned to the genre, with another script penned by Joe Eszterhas, Sliver, though with far less success. Bruce Willis had an ill-fated encounter with the genre with Color of Night. Acclaimed Chinese filmmaker Chen Kaige’s first English-speaking film was part of this genre with the forgotten (probably rightly so), Killing Me Softly. Meg Ryan bared herself in the flawed but intriguing, In the Cut. Finally, Sharon Stone tried to revive her career in 2006 with a sequel to Basic Instinct, though the film lacked the self-aware, fun-loving, directorial vision of Verhoeven.

Deep Water is Adrian Lyne’s return to cinema after a long twenty years of hiatus. The subject matter, an adaption of Patricia Highsmith’s book, regarding obsession, marriage, toxic relationships, sex, and eventually murder(s), seems perfect for the filmmaker.

The film details the destructive marriage between Vic (Ben Affleck) and Melinda (Ana de Armas). It’s unclear how these characters came together. They are wealthy, living off the fortune Vic made through his designs in robotics, which enabled fighter drones to be more precise. Their personalities clash daily. Melinda is outgoing and goes all-out at parties; Vic is withdrawn, enjoying solitary hobbies like tending to a snail aquarium he created in a shed near the house. They have a child together, Trixie (Grace Jenkins), her interest in engineering seems to suggest she takes from her father.

The couple has an arrangement; Melinda is allowed to have lovers on the side. She was never one for the nuclear family model, and this added freedom relieves tension in their relationship. But when one of her lovers turns up dead, she wonders if her seemingly perfect husband has something to do with it.

Affleck seems perpetually disengaged throughout the film, sometimes even bored. It’s hard to guise what exactly went wrong. Affleck is an actor with a series of great to middling performances. He’s been on a good streak lately, what with The Way Back and George Clooney’s The Tender Bar.

In the past, there were some wince-inducing performances (has anyone ever seen Surviving Christmas?). Unfortunately, Deep Water might be one of them. It’s obvious what Affleck or the filmmakers intended for the character: a violent psychopathy beneath a calm demeanor. Instead, it looks as if Affleck is heavily sedated throughout most of the film. It nearly reaches “so bad, it’s good” quality. Some of his delivery, which I guess was supposed to be creepy or menacing, becomes downright laughable (especially the one with the word, “cookie”).

One wonders whether this was filmed during a rough period in his life, as he did go through some tough times. Perhaps something was lost in editing. Perhaps Lyne just made a directorial miscalculation. It’s hard to speculate but whatever the intention, it just doesn’t work in the final product.

There’s also zero chemistry between Ben and Ana. Despite both of them having had a brief love affair in real life, they seem to have been unable to convey their passion for each other on-screen. A brief sex scene between the two is deprived of any on-screen euphoria.

It’s obvious that Affleck’s casting was partially inspired by his turn in Gone Girl, but what made that performance work was the uncertainty of that’s character’s true nature. You didn’t know if he was the killer or not. There was a creepiness to him. An artificiality one would see watching a suspect in a true crime documentary.

The truth about Vic is revealed early on. The suspense is immediately robbed from the viewer. This isn’t necessarily a deal-breaker, as the film could have still worked as a portrayal of this toxic marriage, or a character portrait of these severely damaged individuals. But for this to work, the characters need to be interesting. Let alone Affleck’s dull performance, the characters themselves lack any of the psychological depth Highsmith’s literature is filled with.

The central couple all have one-note personalities. Vic is withdrawn and continually suppressing a violent temper. Melinda is promiscuous and drinks too much. Why are they the way they are? Purely nature? Why are they together? And why do they stay together? A half-hearted answer is given at the end, but this leaves even more questions.

It’s strange that Affleck’s performance is so flat, considering the great performances Lyne could get from his performers in the past. Only Ana de Armas seems to be doing her best. Having impressed viewers in Knives Out and No Time in Die, the poor reception of the film is unlikely to damage her career. Honestly, she’s probably the best thing in this movie.

Despite everything, Lyne does make the film the occasional visual treat. There are some beautifully composed shots, some hinting at the psychological depth lurking within the thin script — notice the abundance of duality in the imagery. But none of it can redeem this feckless piece of cinema.

There’s a sense that the film was butchered in the editing. The finale is sloppy, abrupt, and filled with unanswered questions. A character appears out of nowhere, stupid decisions are made, and then it just ends. Add to that, the ending is a complete deviation from the darker, more interesting ending of the source novel.

But considering Lyne’s short but astounding filmography, this is without a doubt his worst film. As a thriller, the film lacks suspense. Just compare the tense climax of Fatal Attraction to the lackluster finale in Deep Water. As a piece of light erotica, the film lacks any fire. As a drama, the film gives you nothing to latch onto — why care about these privileged people? It lacks any of the emotional resonance of either Lolita or Unfaithful. It’s a soulless piece of work from an artist you know can do a lot better.

Thanks for reading! What are your thoughts on Deep Water? Comment down below!

‘The Way Back’ and the Inner Turmoil of...