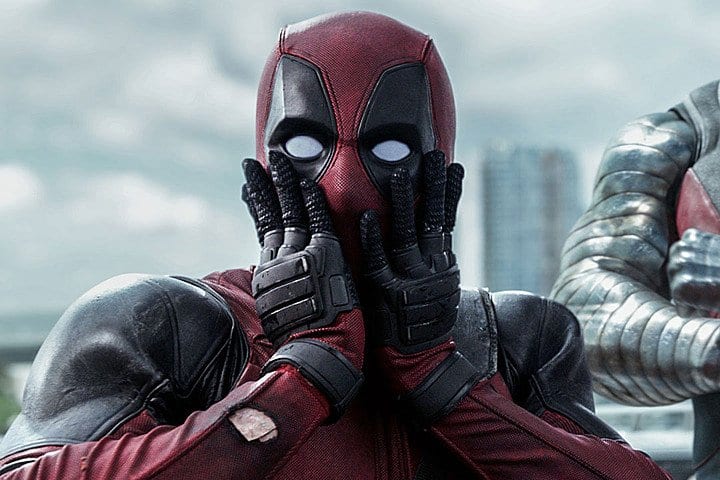 As 2016 comes to a close, it’s time to take a look back at all the movies that I personally enjoyed the most.  As a disclaimer, I have not seen all the movies that have come out this year so the list will be comprised of only the movies I have seen.  This list is not meant to be the end all be all of best movies of this year.  If your list differs from mine, be sure comment at the bottom of the page with your own list for comparison.  Here are the best movies of 2016:

#9: Zootopia: This movie perfectly blends the colorful fun that kids can enjoy from an animated movie while also having a lot to say about culture which adults can appreciate.  This movie has so many fun references and clever ways to tell its story.  Zootopia is filled with great voice talent that brings each character to life.  It’s truly one of the best animated movies of the past few years.

#8: Rogue One: A Star Wars Story: Be sure to check out my review here.  As a Star Wars fan, I couldn’t help but smile throughout the entirety of Rogue One.  It expands wonderfully on Star Wars lore while being completely entertaining in its own right.  It has one of my favorite sequences ever put in a Star Wars movie (if you saw the movie, you know which scene I’m talking about). The third act of this movie will have you grinning from ear to ear and want to rush home to watch A New Hope right away.  Rogue One is a great first Star Wars anthology film for Disney.

#7: Nocturnal Animals: Check out my review of Nocturnal Animals here.  One of the most ambitious movies of the year, Nocturnal Animals is filled with great performances from the entire cast.  It expertly weaves different story arcs that coalesce into a fascinating character piece.  The events of novel written by Jake Gyllenhaul’s character are so tense and captivating.  The movie also give us one of my favorite characters of the year in Michael Shannon’s Bobby Andes.

#6: Arrival: You can read my review of Arrival here.  To this day, I’m still trying to wrap my brain around Arrival.  The film is filled with heady themes and is told beautifully by Denis Villenueve, who is becoming one of the best directors working today.  Amy Adams gives one of the best performances of the year, being both understated and touching.  Arrival is one of the best science fiction movies of the past few years and will stay with you long after the credits come on screen.

#5: Moonlight: Check out my review of Moonlight here.  One the most realistic movies of the year, Moonlight is not the most rewatchable movie of the year, but it is arguably the most human.  Moonlight meticulously sets every scene, not wasting a single frame.  The one thing that I’ll remember about this movie is how real it feels.  People have realistic conversations and actions, giving it the ability to tell a haunting story about lives seen too little on screen.

#4: Captain America: Civil War: The third part of one of the best trilogies, Civil War does what no superhero movie has done so far and juggled a huge amount of characters and gave them all a chance to shine.  On top of that, Civil War has many more layers than your average superhero movie, tackling issues such as political restraint and the collateral damage of fighting in populated areas. #3: Deadpool: This movie had no business succeeding, but Deadpool became a hit with a meta star at its core that keeps the laughs coming.  Deadpool may be the best adaptation of a comic book character to the screen.  Also, while seemingly just a silly movie, Deadpool has changed the game for superhero movies, allowing them to not have to abide by a PG-13 rating to be profitable.  We may not have gotten the R-rated Logan which comes out next year without it.

#2: Hacksaw Ridge: My review of Hacksaw Ridge can be read here.  Hacksaw Ridge is the best blood-soaked ode to pacifism I’ve ever seen.  It captures one man’s relationship with his faith without becoming a religion propaganda movie while also getting an amazing performance from Andrew Garfield. The horrors of war effectively hit you like a freight train.  Say what you want about Mel Gibson, but he’s directed one of the best war films of the past few years.

#1: La La Land: Well here it is, my favorite movie of 2016!  Check out my review here.  Overall, I really dislike musicals, so it’s really a testament to how good La La Land is for me to make it my favorite movie of the year.  This movie is directed so well and has some of the best performances of the year from Ryan Gosling and Emma Stone.  Moreover, it refrains from being cheesy or cliched by telling a very relatable story while ending in a realistic way.  La La Land goes much deeper than any musical I have ever seen and pulls at your emotions.

There are a few here that I haven’t seen that sound really good. Moonlight definitely captured my attention.

Unfortunately I started reviewing movies in October so the list wasn’t as complete as it could have been but there’s definitely some great films there to check out. I’m looking forward to seeing how my list for 2017 stacks up!

Thanks so much! I was so surprised by how deep it got. It’s definitely worthy of the Oscar for best animated feature!

Great list! I also haven’t seen most of these yet, but it seems most critics loved La La Land!

I haven’t seen a lot of these, but of the ones I did see, only one would I take off this list, so great list!