Everything You Need to Know in Film from Comic-Con 2017 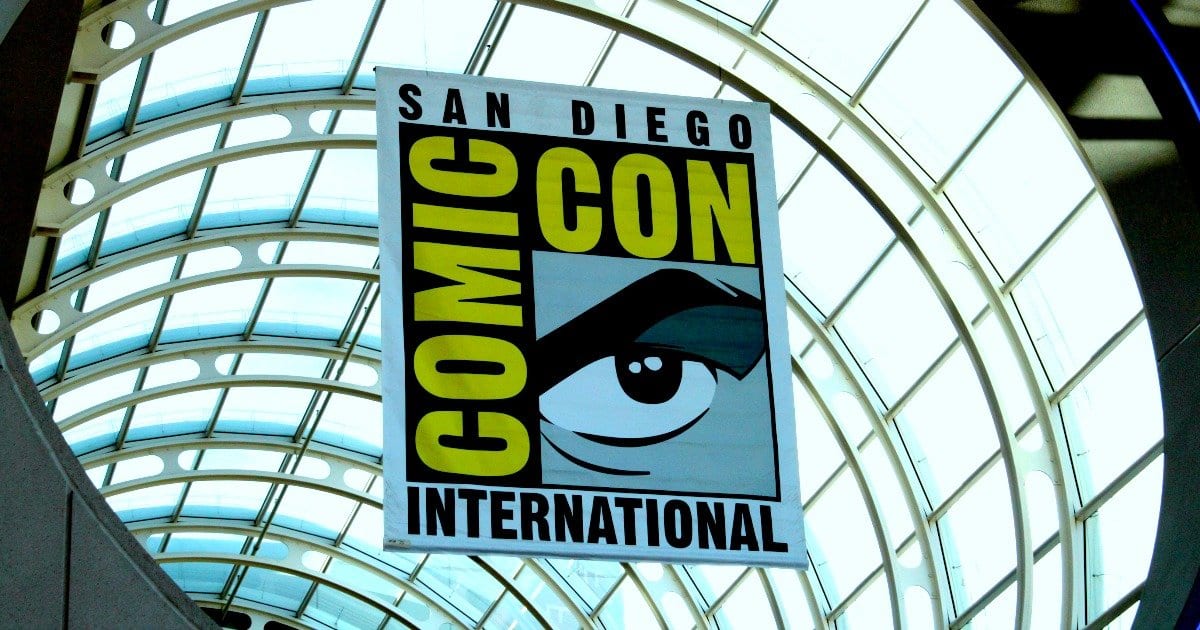 Fans from all over the world flocked to San Diego this past weekend for Comic-Con 2017.  Filled with breaking news from all sorts of media and mediums, the convention can be a lot to digest.  Luckily, MovieBabble has you covered.  There were multiple panels from big movie studios displaying the latest in what they have to offer in the realm of movies.  Let’s take a look:

Early on in the week, it was officially announced that another movie in the Saw franchise was coming this October.  The film, entitled Jigsaw, has the initial creators of the product coming back to work on the project.  It appears that Halloween will once again be very, very bloody.

It was announced that a new Spawn movie is in development over at Blumhouse Productions.  Todd McFarlane, creator of the character, will also direct the film.

McFarlane has said in the past that he wants the film to be a hard-R and be as brutal as possible. 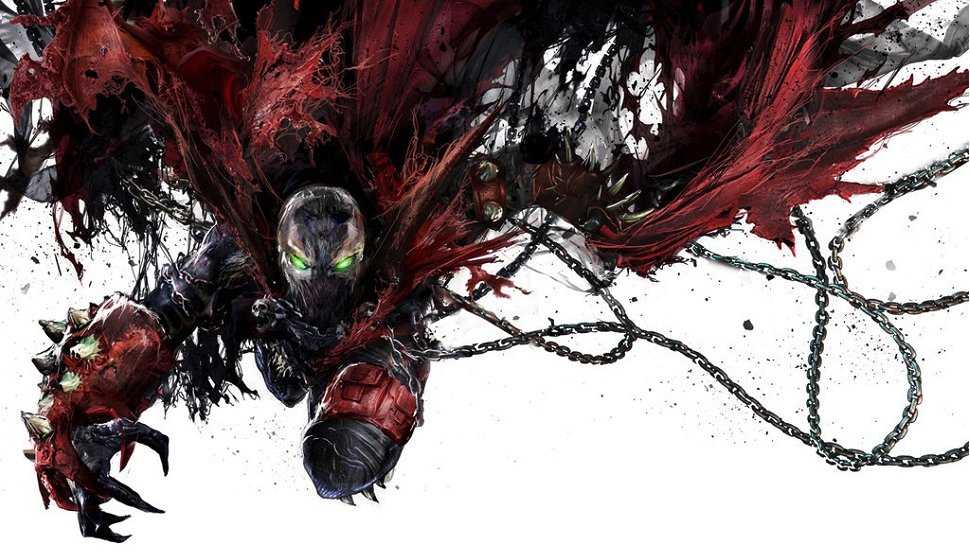 Pacific Rim: Uprising also received some buzz for releasing a little snippet of footage to fans at Comic-Con 2017.  While the film doesn’t show much, we get to see newcomer to the franchise John Boyega in his suit ready for action.

The streaming service is beginning to grow its popularity at Comic-Con as it begins to roll out bigger budget films.  There were panels for both Bright and Death Note with the latter shown early to fans at an offsight location.

For those unaware, Bright stars Will Smith, Joel Edgerton, and Noomi Rapace and follows an alternate universe where humans, orcs, elves, and fairies all coexist.  In this action thriller, a human (Smith) and an orc (Edgerton) team up as cops to embark on a mission that may change the fate of the world.  Netflix even released a new trailer for the film.

Death Note, directed by Adam Wingard, is a retelling of the popular Japanese manga that depicts a student who finds a notebook that has the power to kill anyone whose name he writes in it.  He begins to fight crime and evil because of it, but faces a serious foe only known by the alias of L.

The panel in Hall H was met with a lot of praise.  They even released some footage to the public ahead of its August 25th release date:

Although no Deadpool 2 news was released at Comic-Con 2017 and there are reports of the studio reconsidering the direction of the Alien franchise, there was still some fun to be had from the studio.

In an another attempt to profit off of the Fantastic Four property, Fox announced that a Doctor Doom movie is now in the works with the Legion creator, Noah Hawley, working through its development.

As for the studios upcoming movies, a new trailer and footage for Kingsman 2: The Golden Circle was shown during a panel to rave reviews from crowds.  In a franchise that was already bonkers to begin with, it appears as if Matthew Vaughn has once again upped the ante.

Horror fans were delighted to see footage released for both It and The Nun (another spinoff in the Conjuring franchise).  Naturally, the audience cheered wildly for each piece of footage.  Sadly, they were not released to the public.  Annabelle: Creation also had another screening in the area which left many very, very scared.

Warner Bros. kept the ball rolling by showing footage of the highly anticipated Blade Runner 2049 and also brought out the entire cast for a full panel interview.  Moreover, the studio even released a new trailer for The Lego Ninjago Movie, the third Lego film and the first since The Lego Batman Movie.

Afterwards, the studio released the first trailer for Ready Player One, Steven Spielberg‘s next film based on the novel of the same name.  The film takes place in the not-so-distant future.  In this world, people are obsessed with a virtual reality game called Oasis.  The creator of the game is a child of the 1980’s, causing the game to be populated by some of pop culture’s most famous icons.  The game causes people to lose touch with humanity as they put more and more of their money into it.

If you look carefully, you’ll notice the Iron Giant, Batman, Freddy Krueger, the Delorean, and many, many more Easter eggs.

Although DC is under Warner Bros.’ watchful eye, there was enough news to warrant its own section.  First, DC announced a slate of films.  They include:

Adding more information, it was also announced that The Flash would revolve around the Flashpoint storyline.

In other news, the first footage was shown for next year’s Aquaman.  Unfortunately, the footage for the movie is not available to the public.

However, DC has another massive film to discuss:  Justice League.  Along with a full panel with the cast, DC released a four minute sneak peak.  Thankfully, it appears that there are no serious spoilers.

With both DC and Marvel on the same day, Saturday at Comic-Con 2017 was very, very busy.

Footage was released for Black Panther, Ant-Man and the Wasp, and Avengers: Infinity War.  Unfortunately for all of us, those pieces of footage were kept only for the eyes of people at Comic-Con 2017.

However, there was an announcement that the upcoming Captain Marvel will take place during the 1990’s.  In a related story, the title character will be facing off against the Skrulls as the main villains of the film.

Luckily, Marvel had another bomb to drop on everyone in attendence.  The second trailer for Thor: Ragnarok dropped to a deafening applause from people at Comic-Con 2017.   Like the first trailer teased a few months ago, the film will have all the colors, action, and stakes that you can imagine.

Thanks for reading!  What information from Comic-Con 2017 made you the most excited?  Comment below!

I honestly continue to be surprised by how well written the LEGO movies are. The trailer looks really good! Overall amazing stuff coming out of comic con

They’re pretty fantastic. You forget each time how witty and inventive they are, especially when they bring in elements of actually playing with legos lol

So happy we finally got some news about Pacific Rim. I really thought they’d scrap the project altogether. Can’t wait for the sequel!

I’m really excited myself! The first one was the epitome of a popcorn blockbuster.

I’m excited for justice league and new lego movie and Thor … Thor is looking so good! He’s one of my favourites and this movie is not what I thought it was going to be at all.

I had zero expectations as well! I wasn’t a huge fan of The Dark World, but I now it’s one of my most anticipated films of the rest of the year!

The saw trailer looked amazingly good if I am being honest. I hope they will return to the original thriller roots, instead of the all out gore of the last six parts. Saw is a bit of a guilty pleasure, so I am quietly hoping this one will be good, and let’s us forget the pretty horrible last part of the franchise.

Well considering the original creators are back on board we might be headed for such a film!

Thanks so much for posting all this news from the SDCC!

I personally can’t wait to see The Nun trailer whenever they decide to release that. I’m a big fan of The Conjuring franchise (even though I found Annabelle to be a bit boring).

I did notice The Iron Giant and the DeLorean in the Ready Player One trailer and it has me interested in the movie a bit more.

No problem! Happy to help!

I’ve done some reading on Ready Player One and if done correctly, it could be pretty special!