It Happened Once and So It Will Be Forever: A Tribute to Bruno Ganz 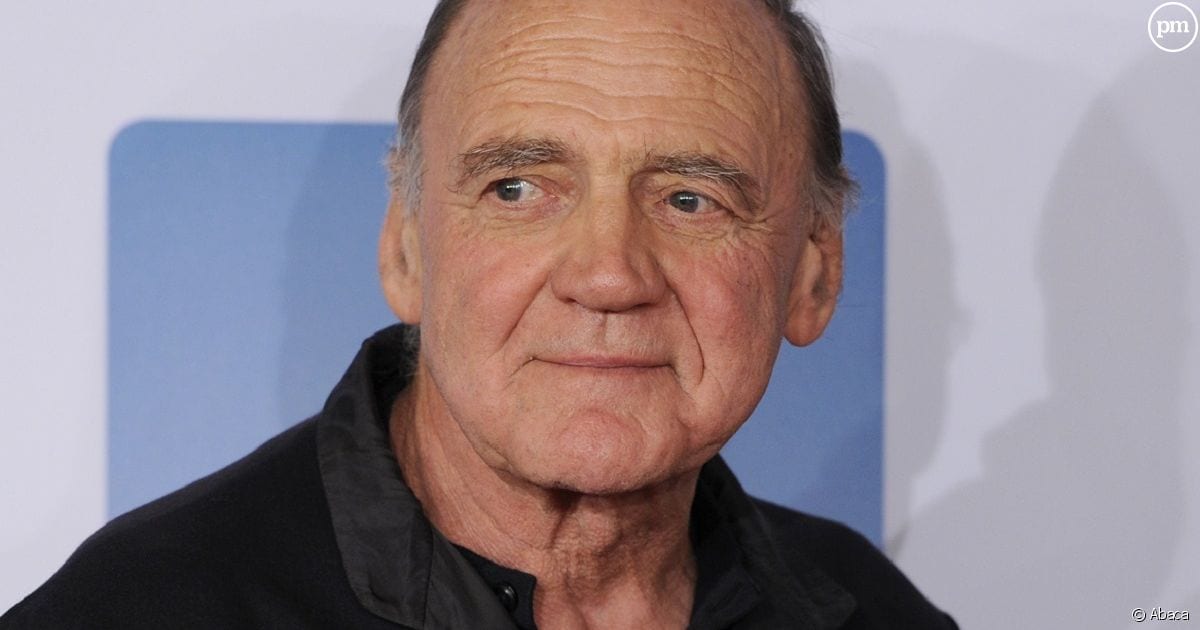 On the 15th of February, we lost the great Bruno Ganz. I knew I had to write something in his honor, even if a short tribute wouldn’t do complete justice to his wonderful career.

If you are unfamiliar with his work, please check out his filmography. There’s so many underrated cinematic treasures in there, you owe it to yourself to check them out.

I bet most that most young people know Bruno Ganz from the endlessly modifiable, parodied scene of Downfall. Creative people all over the world use current pop culture events and alter the subtitles of one particular scene, in which it begins to dawn on Adolf Hitler that they are losing the war. I must admit I partook in my fair share of Downfall parodies. There are some exceptionally funny parodies out there.

But sadly, it has slightly taken away from Bruno Ganz’s immortal performance as history’s most infamous despot. Though at the time this portrayal was criticized, not because Ganz’s performance was lacking but because of how the film humanized this tyrannical villain. Looking back, I don’t think it’s a stretch to suggest that Ganz’s portrayal is actually the most historically accurate. His demeanor and pitiful outbursts were perfect. But what is truly amazing in this performance is the sense that despite his propagandizing, warped ideological hypocrisy and countless crimes against humanity, he wasn’t a soulless monster.

And many people didn’t want to see that. People wanted Hitler to be nothing more than a soulless monster. Pure evil. It makes history much more simplistic that way. They don’t want to ponder how so many people, people who perceived themselves to be good, followed him towards that fascistic void. This is what Downfall showed us, the painful humanity of someone who is often considered to be the worst example of human kind.

This is what is so brilliant about Bruno Ganz’s performance as Hitler, that you begin to forget your own preconceptions about this monstrous figure. It’s a role that could have easily ventured into a one note parody. Despite looking exactly as you’d picture him, Ganz manages to transcend decades of preconceptions and turn him into a human being. A man who waged war on the world and is about to lose everything, and he realizes his Utopian dream is collapsing. Bruno Ganz as Volker schlöndorff in The Fake. Image via http://allinfo.space

It’s a brilliant performance, and just one of many in Ganz’s wonderful career. Long before this, he made cinema history playing the lead role in Wim Wenders’ Wings of Desire. Set in West Berlin — in the final years of its communist upheaval — Ganz plays Damien, an angel, who falls in love with one of earth’s mortal inhabitants (Solveig Dommartin). Eventually, he decides to be with her, giving up his celestial powers and immortality in the process. There’s so much to love about Wings of Desire — from it’s beautiful black and white cinematography to Peter Falk’s amusing role as himself. All cinematic aesthetics aside, it’s Bruno Ganz’s central performance that makes it work as well as it does. Wings of Desire is about the frailty and wonder of the human condition. And it’s all there in Bruno Ganz’s soulful eyes.

Ganz would appear in the lesser but still worthwhile sequel to Wings of Desire in Faraway So Close. But even before his angelic duties on screen, Ganz had worked with director Wim Wenders to adapt Patricia Highsmith’s Ripley’s Game in the 1977 underrated film The American Friend. In this Hamburg-set, neo-noir thriller, Ganz plays a picture framer who becomes a pawn in Tom Ripley’s (Dennis Hopper) murderous schemes.

Bruno Ganz as Jonathan Zimmerman in The American Friend. Image via Filmweb

The filmography of Bruno Ganz consists mostly of supporting but supremely pertinent roles. His talents had received the interest of numerous established veterans, from Ridley Scott, Francis Ford Coppola, Jonathan Demme and Lars von Trier. Even if many of his later roles were supporting ones, they were all memorable. From playing a philosophical jeweler in the underrated The Counselor, a holocaust survivor in The Reader, a Serbian mob-boss in In Order of Disappearance, a pseudo-scientist in The Party to the poet Virgil in one of his last roles, The House that Jack Built, Ganz did it all. 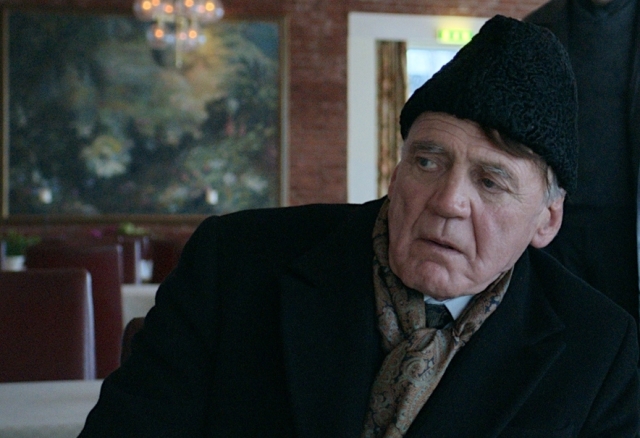 Bruno Ganz as “Papa” Popovic in In Order of Disappearence. Image via The Arts Desk

There’s so many to count. From Hollywood to German cinema, the great Bruno Ganz has made his immortal mark. In 1996, he was awarded the prestigious Iffland-Ring, given to the performer who is considered the “most significant and worthy actor of the German-speaking theatre.”

Wings of Desire would later be remade in pure Hollywood schmaltz with 1998’s City of Angels. That’s a film most people seem to have forgotten about it. But no matter how many years pass, as long as there’s someone out there who appreciates cinema, I know that Wings of Desire — along with its star Bruno Ganz — will never be forgotten. 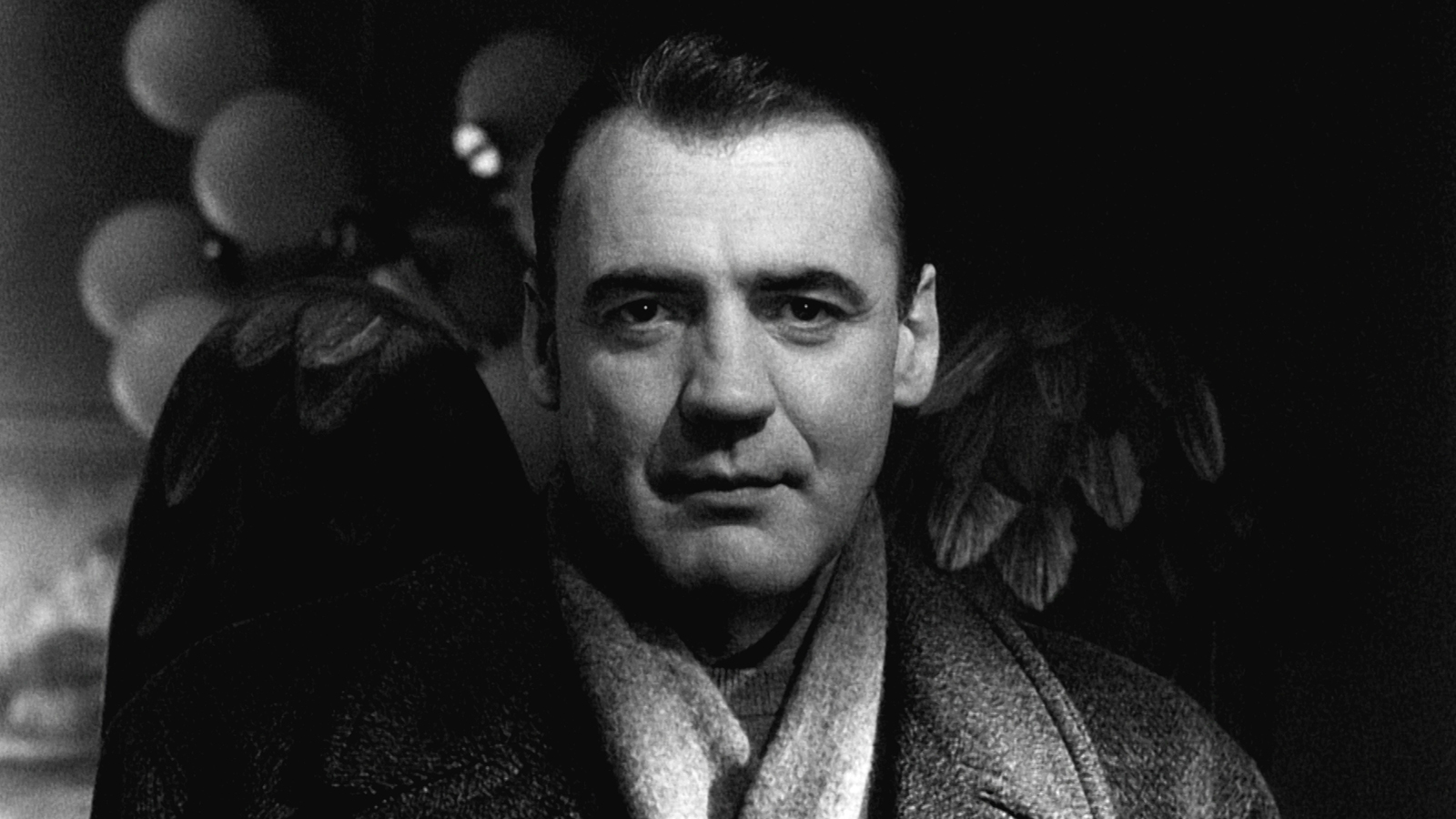 Bruno Ganz as Damien in Wings of Desire. Image via Janus Films

Thank you for reading! What are your thoughts on Bruno Ganz? Comment down below!

[…] who recalls his time leading troops in the country of Djibouti; and thanks to the folks over at Janus Films, the world is finally receiving a brand new 4K digital restoration, supervised by director of […]

[…] the situation — the possibilities are endless. Pertaining to the world of movies, it can be Lars von Trier insisting on vilifying himself in the public eye, thus creating a highly devoted fan base and […]

He was a great actor. The last time I saw him in a movie was last year in the superb The party… we’ll miss him!