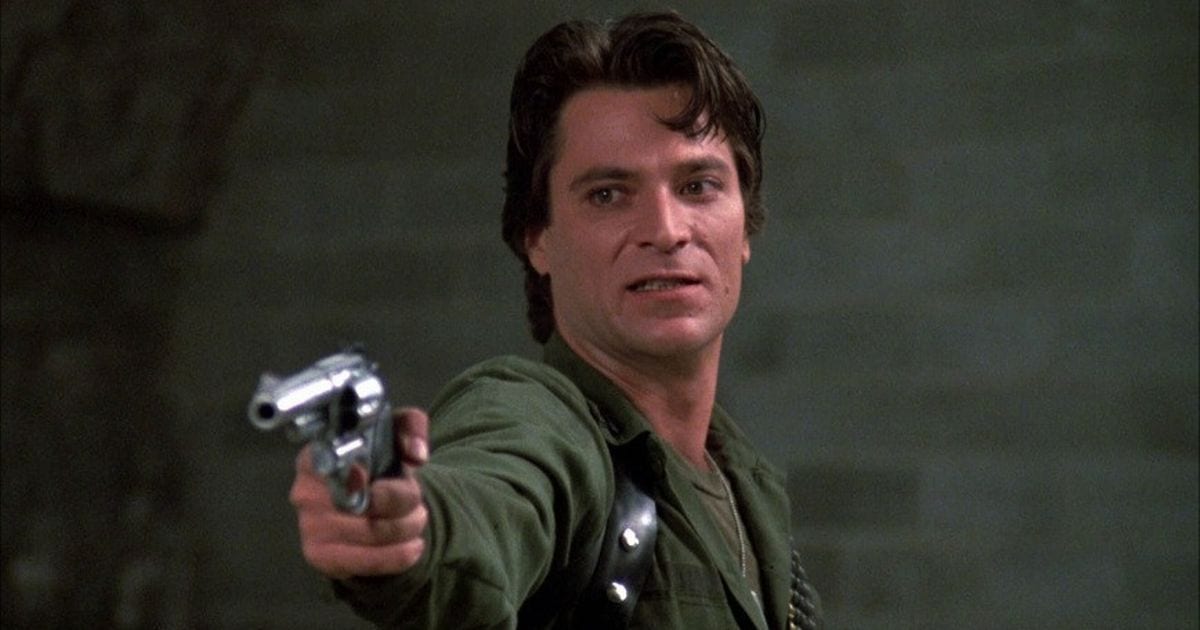 The name of Joe Pilato won’t mean much to your average moviegoer, but to your George A. Romero and veteran B-movie fans, his name ignites a most uproarious smile. They will remember his crazed performance in Day of the Dead. They will quote his classic lines: “I’m running this farm now Frankenstein…” to his infamous final line in that masterpiece of zombie cinema: “choke on it…”

It was the one role that made him unforgettable to so many people: Captain Rhodes, a sadistic military officer whose mental state continually declines as the movie progresses.

Even though Pilato’s performance is often relegated as being “over-the-top” (which it is, in the best possible way), it’s certainly not one-note. Pilato at times gives the character childlike sensibilities. He seems like a lost kid sometimes, especially in the scenes when Dr. Logan (Richard Liberty) is slyly mocking his inferior intelligence.

The conflict between these two is not one of good and evil, but of their separate cultures. Dr. Logan is a man of science and only needs the respect of his academic peers. Rhodes meanwhile is in the army, where machismo and obedience are important character traits. When Rhodes is suddenly forced into becoming the commanding officer, he knows he will have to show strength and resolve. Being constantly outsmarted by the wise-ass doctor will not make him look good in front of his peers. 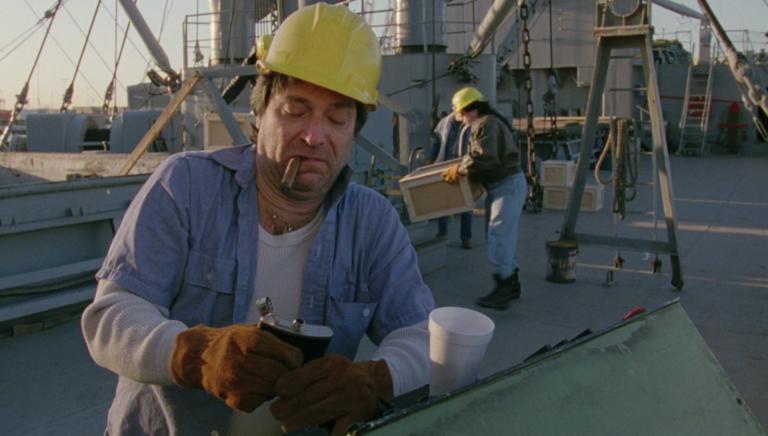 Rhodes’ eventual turn to pure villainy is even understandable under the circumstances, as he discovers that Dr. Logan has been experimenting with his departed fellow soldiers. Dr. Logan knows the primitive world in which Rhodes presides and has little respect for it — despite the fact that the soldiers are the ones continually risking their lives.

Throughout the film, he refuses to take him seriously which causes increasing tension between the two. But just as Rhodes is losing his mind in that bunker, so does Dr. Logan as his experiments on zombies and fallen soldiers turn increasingly bizarre. He even starts to feed one zombie named Bub — who is showing signs of intelligence and empathy — human flesh in order to domesticate him. From Rhodes point of view, seeing his comrades being fed by a zombie, you can completely understand why he finally snaps and becomes the film’s highly enjoyable antagonist. 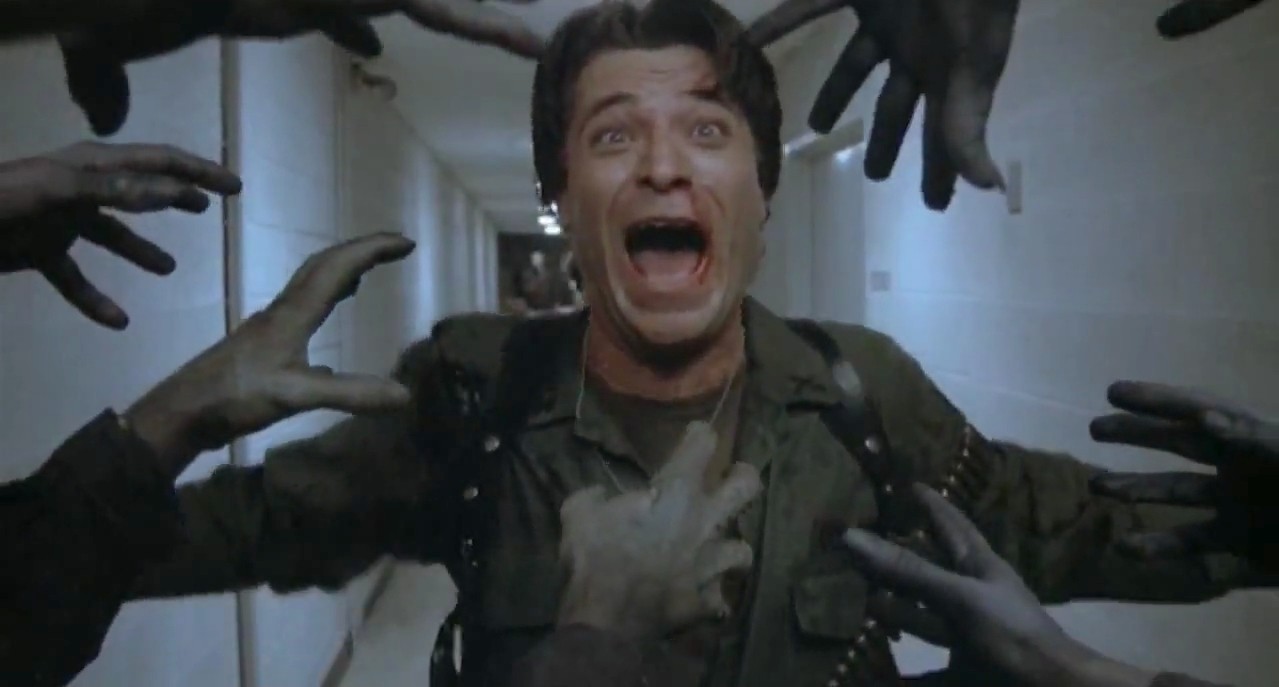 I can never get enough of this screenshot in Day of the Dead. Image via IHdb

This was in 1985, 34 years ago. Pilato was 36 at the time. It would prove to be the highlight of his career. After this he appeared mostly in B-movie fare, though he appeared briefly in Pulp Fiction as a “Dean Martin Lookalike.” Fans of Digimon will be delighted to know that he voiced the character of MetalGreymon. (I have no idea who that is.)

So that’s Metalgreymon (right obviously) apparently. Image via With the Will.

Due to Pilato never being a massive star, it’s hard to find more information about him. From the tidbits I heard about him, he seemed down-to-earth. On the infamous Youtube Channel RLM, Mike Stoklasa recalls a humorous anecdote about meeting him at a horror convention, where Pilato was severely inebriated. This made me wonder whether he suffered from alcoholism in his life.

Reading comments from other people meeting him, you can see that he certainly did not suffer from delusions of grandeur. He would quote his infamous DOD lines to please his fans. He would kid around with them and ask if they had any cigarettes on them.

Pilato entertaining fans in a convention, together with other legends David Emge (left) and Ken Foree. Image via Zombie Movies – Wordpress.com

Pilato died earlier this week. He was 70 years old. Unlike his most infamous cinematic death — being torn apart and eaten alive by zombies — his real-life death occurred peacefully in his sleep.

Some might not be impressed with his resume, but however you look at it, he’s forever lodged in cinematic history. It’s too bad he would never do anything as great again, but that’s how it works sometimes.

Years from now, his performance will still have viewers laughing and cheering. Even if you don’t like the character, his horrifying demise will surely entertain you. 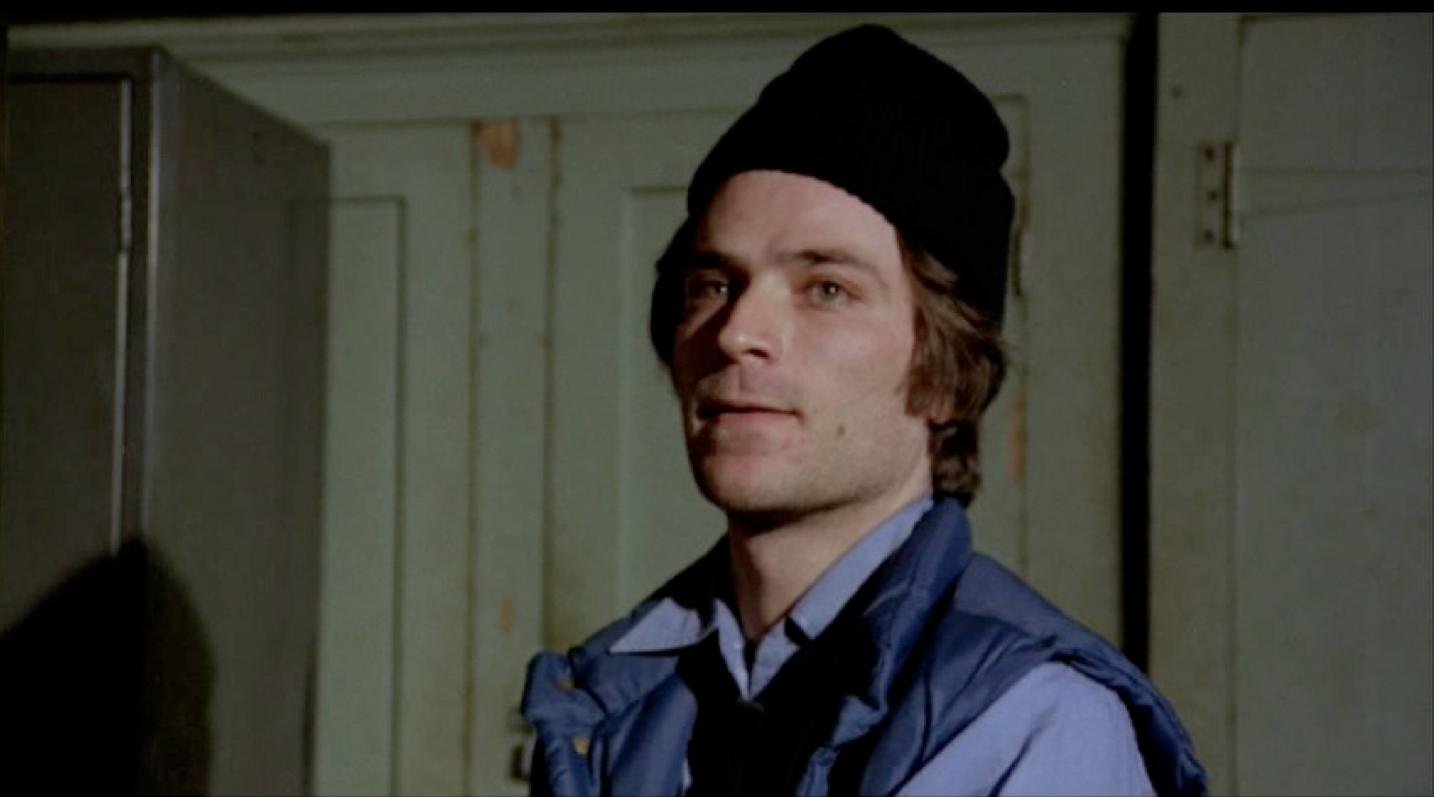 A young Joe Pilato in Dawn of the Dead. Image via Imdb.

Thank you for reading! What are your thoughts on Joe Pilato? Comment down below!

Both quotes from the start are incorrect. It’s “I’m running this MONKEY farm now, Frankenstein” and – of course – “choke on ‘me!”

Oh, great post, appreciate the details here, but I’m gutted to read of his passing. He was great in Day of the Dead- he’ll live forever in that one picture, for me. (I didn’t realise he had a spot in Dawn of the Dead, that’s a pretty good reason to give that film a spin too).

Great post, well-written and in honor of a real horror icon!

One question, though: why “infamous” for RLM? I love that channel! :–)

Just a bit of a joke — Chris and I both adore RLM! lol

I imagined that, since you remembered the Joe Pilato story that Mike told in the episode of the Star Wars Christmas special! :–D

Every Quentin Tarantino Film Ranked from Worst to...