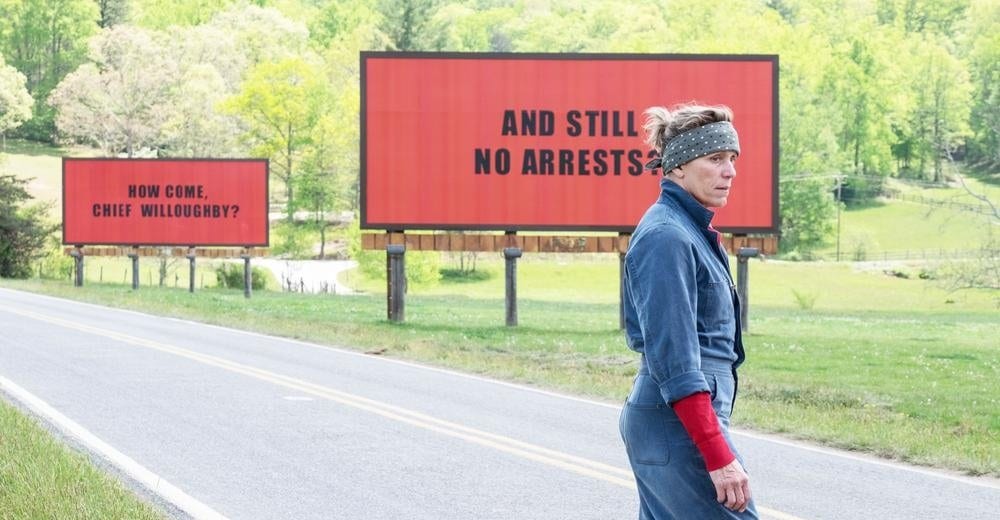 A slow week has led to literally the same top five at the box office this week, leading me with little to talk about.  Thor: Ragnarok is still crushing it, Justice League is still disappointing, and Coco remains on top.  However, there are some Oscar contenders that are making headway in limited release, giving me an avenue to crunch numbers without becoming a broken record.

Here’s a quick look at the top five:

Like I said, really nothing much to see here.  However, let’s expand upon the Oscar contenders that are crushing it on a smaller scale, forcing moviegoers to take notice.

Lady Bird is already making a huge splash in theaters with over $17 million to its name in its theatrical release.  Strong word of mouth allows Lady Bird to keep climbing the box office leaders as it moves out into more theaters.  With another slow week coming this weekend, expect the coming-of-age tale to crack the top five next weekend.

To put things in perspective, Lady Bird would have place in the #3 slot of this weekend’s box office report if you multiply its earnings by three to replicate a standard wide release of around 3,500 theaters.  Even so, Lady Bird continues to improve with strong word of mouth which is bound to make the film last awhile in theaters.  By the end of its theatrical run that includes Oscar-hype, Lady Bird might become A24’s largest grossing film yet.

While it didn’t perform as well as Lady Bird, Three Billboards Outside Ebbing, Missouri made a nice amount of cash with less widespread word of mouth from the casual moviegoer.  With the news about Lady Bird breaking the Rotten Tomatoes record for best reviewed film in the site’s history, more people knew about that film in comparison to Three Billboards going into the weekend.

And yet, with a production budget of $15 million, Three Billboards will make its money back this coming weekend, meaning that it’ll fall mightily into the black by the time the Oscars come around in early March.

The story of the making of The Room proved to be a smashing success in its initial release weekend.  The film is expected to release wide this coming weekend making its insane take from this week only just the start.

That $1.22 million number boils down to $64,254 per-screen.  Hypothetically, if you were to expand that per-screen number out to a typical 3,500 wide release, The Disaster Artist would have made approximately $225 million.

Obviously, that figure probably won’t occur.  But, it does speak to the early buzz for the film, and the love for The Room.  With many pointing towards an Oscar run for the film, it should experience a steady in-take of cash well into the new year.

If you thought that The Disaster Artist‘s per-screen average was impressive, divert you attention to Call Me By Your Name which had a $70,320 average in its second weekend.  Overall, the film has almost made $1 million in two weeks in just four theaters.  Considering that the film depicts the growth of a homosexual relationship between Armie Hammer and Timothee Chalamet, many will continue to flock towards it for its social importance.

The film will stay in limited release for a few more weeks before moving out through the country.  Expect it to perform similarly to Moonlight when it debuted last year.

Early word is that Call Me By Your Name and Lady Bird are the frontrunners to take home the Best Picture win, meaning that these Oscar contenders will continue to impress as more theaters pick them up.

Guillermo Del Toro’s science fiction tale managed to take the crown for the best per-screen average, earning $83,400 on two screens.  Like Call Me By Your Name, The Shape of Water will stay in New York and L.A. for a few more weeks.  The film’s plot is intriguing a lot of people, leading to buzz.  Any time you create a relationship between a mute woman and a water monster, you’re bound to turn heads! Woody Allen‘s Wonder Wheel is the only Oscar hopeful to disappoint this week.  Less than stellar reviews have caused any momentum for the film to disappear.  Films such as Wonder Wheel require great initial buzz to continue to expand into more areas.  But, with only a $28,111 per-screen average in its opening weekend, not much will come of it.  A less than stellar per-screen average in limited release is seemingly the kiss of death awards consideration.

Expect Amazon to stream the film on Prime in just a matter of weeks.

Other than Wonder Wheel, these Oscar contenders boast impeccable numbers from a small audience, sowing the seeds for steady box office returns in December and January as cinephiles salivate as they wait impatiently for these films to reach their area.

Thanks for reading!  What are your thoughts on the success of Oscar contenders at the box office?  Comment down below!