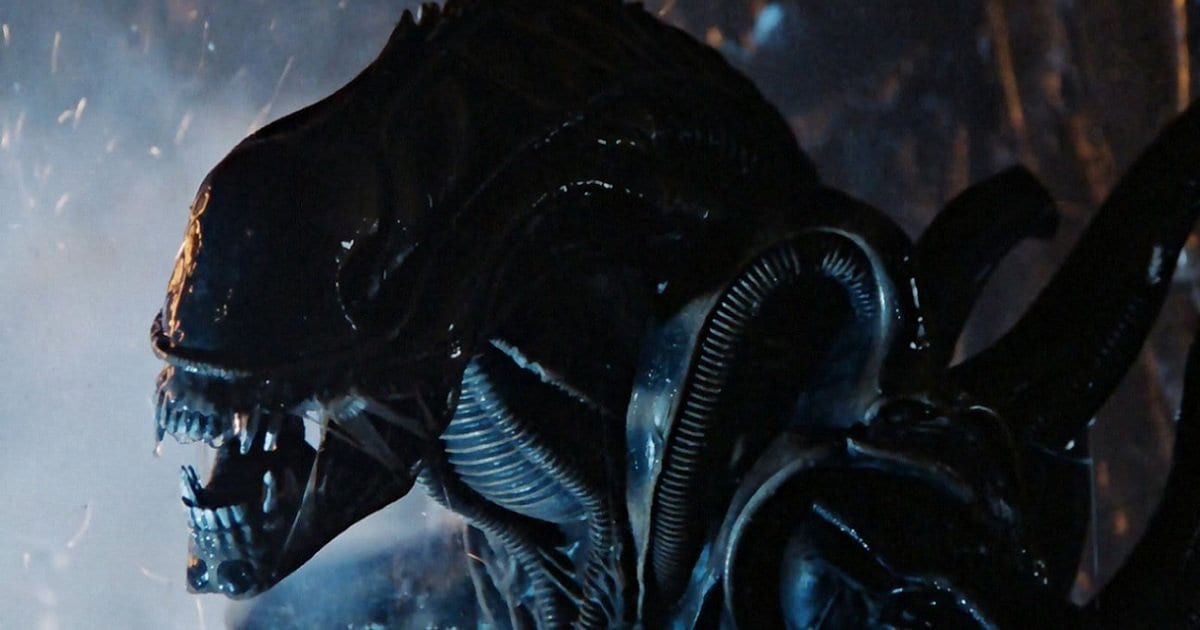 We’ve made it to round three of 80’s Movies March Madness! MovieBabble has created a March Madness-style bracket to determine the best 80’s movies with the release of Ready Player One this month to determine which film best encapsulates the 1980’s.

Round two went as expected with the notable exception of Aliens winning as an upset over The Shining by a very small margin of 1%. Now, in round three there are just two matchups, but they are two big ones: The Empire Strikes Back vs. Aliens and Raiders of the Lost Ark vs. Back to the Future. 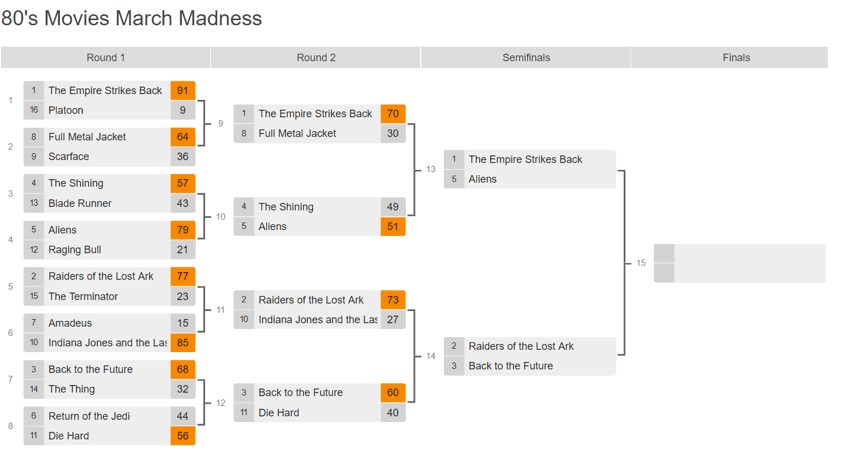 Terminator is better than Back to the Future, IMO. I see it had to go up against Raiders. Tough call there, I could go either way.

Empire Vs Aliens was so easy for me as Star Wars is my life. But Raiders Vs Back to the Future is sooo hard to pick which is my favourite!!!

Star Wars always wins with us 😂👍🏻 I’d like to see your favorites by decade across streaming services. (If you haven’t already done something like that)

That’s a really nifty feature that you have here – voting directly from this blog post.