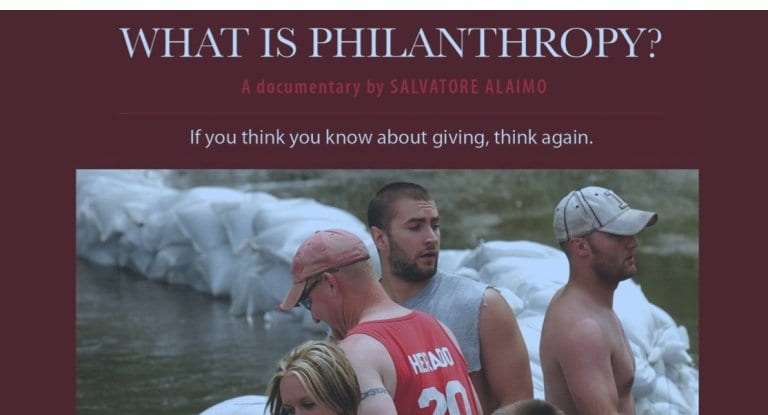 As a critic, it’s always a great opportunity to become aware of new films and the discussions that they create.  What Is Philanthropy? is no different.  In this week’s reader requested review, Director Salvatore Alaimo attempted to portray and discuss philanthropy from a wide variety of perspectives while also giving ample context to each discussion.  The following review will be spoiler free.

What Is Philanthropy? is directed by Salvatore Alaimo and contains a litany of strong voices such as actor Mike Farrell, NFL Quarterback Alex Smith, and U.S. Senator Charles Grassley among many others.  Each individual shares their own perspectives and stances.

The film follows the question posed by its title, what exactly does the concept of philanthropy entail?  In order to attempt to give a wholistic answer to this question, Alaimo and his crew underwent countless interviews with people from a variety of backgrounds.  People discuss their passions and what truly drives them to give back to the community.  Within the discussion, What Is Philanthropy? provides historical context for the act of giving while also introducing contemporary issues.

As mentioned above, the documentary is Salvatore Alaimo’s vision.  He is currently an Assistant Professor in the School of Public, Nonprofit and Health Administration at Grand Valley State University, making this film right in his wheelhouse as far as subject matter goes.  In order to further the cause of its teachings, the school it even helped to support Alaimo during production.  Although Alaimo is at the head of this documentary, there’s no doubt that it was a collective effort.

As a professor, Alaimo seems to never stop attempting to educate the masses as the film is used as teaching tool in many schools.  In fact, 23 universities around the world use the film for educational purposes.  Alaimo has recently partnered with the Indiana University Press, making it possible that exposure to the film has just started.

For its troubles, What Is Philanthropy? was an official selection of four film festivals and has been reviewed in two academic journals. 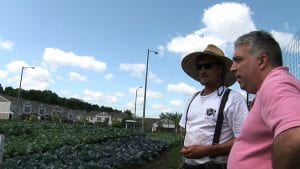 When watching the documentary, it’s abundantly clear that Alaimo and company did the upmost in researching their topic.  What Is Philanthropy? is incredibly layered in its factual discussion.  “In-depth” might even undersell the film’s examination of its core idea.  Alaimo and his team clearly put a lot of time and resources into this film.  That work oozes from the screen, making you feel as if the discussion displayed in the film is absolutely worthwhile.

In the same vein, this particular discussion of philanthropy is all-inclusive.  Practically every angle from which you can discuss philanthropy is captured in this film.  From sports figures to local do-gooders, this documentary has you covered.  If someone ever needed a crash course in the art of philanthropy, I would direct that person to this work. 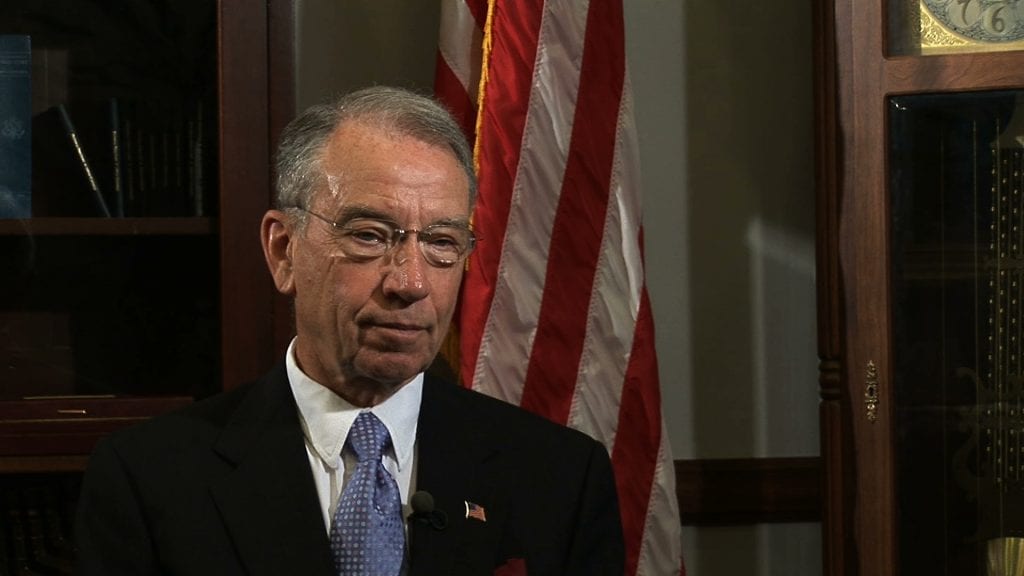 About as Well-Rounded as You Can Get

Moreover, the time and effort that the team put into this film creates a fascinating discussion.  As the film moves to different viewpoints, one can notice the act of giving become more impactful.  Everyone, regardless of religion or ideology, can find something in this documentary.  While the film may not be the most emotionally resonant, it’s very relatable.

This documentary tackles its central idea from all areas.  Contrary to previous discussion, the film not only very thorough, but it also studies philanthropy from every personal perspective.  Some people give for a emotional release.  Others give as some type of fulfillment of their religious beliefs.  Many people give just because they feel its a responsibility.  By the end of this film, you will have an understanding about why you give within the context of your life due to this dialogue.  One can appreciate this fact very much. 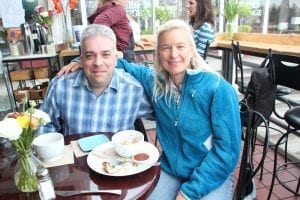 A Small Audience for a Big Topic

Alaimo and company earn a lot of credit for creating a factual, in-depth discussion of a topic that sorely needs more recognition.  This suggestion is undeniably truthful.  However, one can’t help but feel some wasted potential from What Is Philanthropy?‘s presentation.

Throughout the documentary’s 86-minute run time, there’s an incredibly noticeable flat appearance.  The documentary has very limited style.  For those looking for a purely academic experience, this structure will work just fine.  However, for those that wish to have some sort of entertainment or emotional impact, you won’t find that here.  Instead, those that have this thought process will likely be bored.  It takes some will power to finish this film in one sitting. 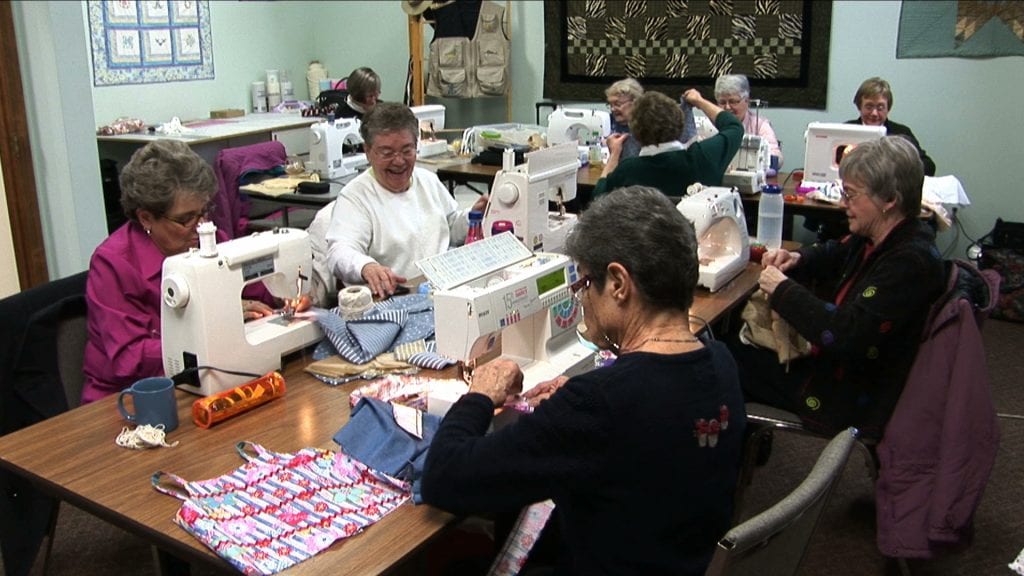 This critique begs the question, “shouldn’t the only goal of a documentary be to educate?”  There’s certainly some merit to that be rebuttle, but education is only part of the equation.  The best documentaries find a way to evoke some emotional response which educates viewers.  The viewers become enthralled with the film’s style which then leads to better education.  They go beyond spewing facts by cutting together interviews and news reels to become captivating.  The best example of this notion is Ava DuVernay’s 13th.  Unfortunately for What Is Philanthropy?, it fails to create some type of emotional attachement.

What Is Philanthropy? really skews towards those who are looking for an academic experience from their films with its flat presentation and limited emotional attachment, but that does not mean that this documentary is a lost cause.  There’s some great discussion of giving from a wide variety of voices that come from many different backgrounds.  What Is Philanthropy? is unbelievably thorough and deserves a ton of credit for it.  As an academic film, it accomplishes its main goal.  It gets a B.

To find out more about Salvatore Alaimo and his work check out his website to see the latest developments from the film and to see how you can get your own copy. 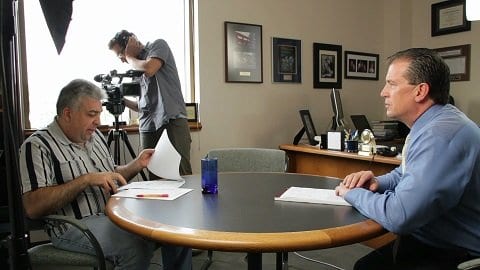 Thanks for reading!  What are your thoughts on What Is Philanthropy?  What films do you want reviewed?  Comment down below!

If you enjoyed this article, subscribe to MovieBabble via emai to stay up to date on the latest content.

Good to see a review of a documentary!

It’s nice to change things up from time to time!

For a boring movie, you got me interested. :D If it’s educational, it is far more useful that regular entertainment documentary. Will try find it.

I’m glad I could help! If you’re interested in the subject matter, then it’s probably the documentary for you!