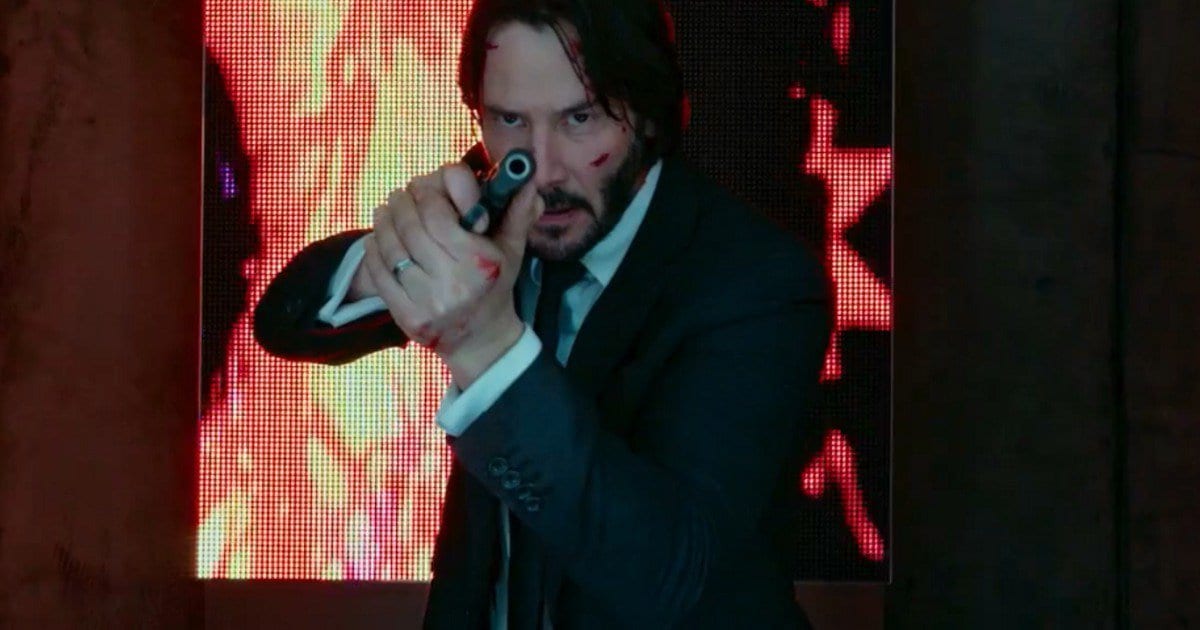 The Foreigner released last weekend.  It’s about a business man with a mysterious past whose daughter is killed in a terrorist attack.  He wants to find out who was involved in the attack so he can avenge his daughter’s death.  With that in mind, now is the perfect time to take a look at my personal best revenge movies ever made.

Memento is the film that launched the career of Christopher Nolan.  It would be an average movie, but the narrative is told in an interesting way, as it is completely backwards.  It’s a film that’s truly original all the way down to its concept.  Guy Pearce plays Leonard, a man with a disorder that prevents him from making new long-term memories.  For example, he could be having a conversation and follow along, but a few minutes later he will forget everything he just said.  Leonard is searching for his wife’s murderer, but his disorder makes that very difficult.

The story is incredibly gripping because the backwards narrative puts you in his shoes and makes you wonder what’s going on and how he got into the situations throughout the film.  In between the scenes are black-and-white phone conversations that take place before the entire movie, and those slowly reveal why he is trying to get revenge for his wife’s death.  Guy Pearce is great along with Carrie-Anne Moss and Joe Pantoliano.  Naturally, Christopher Nolan’s directing is amazing as well.  I won’t spoil the movie in case you haven’t seen it, but the ending (or the beginning?) makes you think about the rest of the movie in a completely different way.

Memento is a movie that shows how you don’t need a big budget to make a compelling film.  All you need is a compelling story to keep the audience watching.  If you haven’t seen Memento, you should watch it. It’s one of Nolan’s best and certainly one of the best revenge movies out there.

Unforgiven is a western directed by and starring Clint Eastwood, and it is about a retired gunman who is hired by a group of prostitutes that want revenge for Little Bill killing one of them.  Bill Munny, played by Clint Eastwood, take on one last job for enough money to support him and his children.  Clint Eastwood is one of the most well known western movie stars of all time, and this was one of his last performances in a western.

Unforgiven has the cliché plot of a man with “one last job” but elevates that to another level with a man, who put the killing life behind him after marrying his wife, has to pick that back up just for money. There are conversations between Bill Munny, Clint Eastwood’s character, and Ned Logan, played by Morgan Freeman, about the morality of killing someone and what that can do to you.  We see films today emultate this theme, most recently with Logan.  Unforgiven is one of the best westerns of all time with a theme that has resonated in numerous films for the past 20 years.

Keanu Reeves made a comeback as an action star when he starred in one of the best action movies (and best revenge movies) of recent years.  John Wick is about a retired assassin who’s wife dies from an illness.  Her last gift to him was a dog.  So when that dog is killed, John is out for blood.  Chad Stahelski and David Leitch did a fantastic job directing the film, especially the action sequences.  Their experience as stunt doubles probably helped tremendously in this field, but nonetheless the action is super satisfying.

The world building is also expansive with the network of assassins.  They have assassin cleanup crews, and assassin hotel, and even their own currency.  The film doesn’t take itself too seriously either, so you can have a good time while watching it.  Keanu Reeves actually does a great job with the acting; surprisingly enough, this is one of his greatest performances of his career.  John Wick does an extremely good job with a film about a man who kills a gang of people because his dog died with intense action and a rich world and magnetic characters. 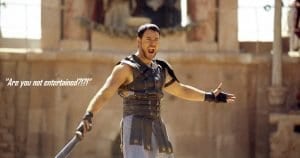 Gladiator is one of Ridley Scott’s greatest films, and it’s about a Roman general, played by Russell Crowe, whose family is murdered by a new Emperor who cheated his way to the throne. The story is about his journey to get revenge by becoming a gladiator.  The movie has an epic feel from the opening scene, which starts the journey of Maximus.  Russell Crowe does a great job inhabiting his character, after he loses his family the one thing he cares about is avenging them, and he will do anything he can to face off against Joaquin Phoenix’s Commodus.  At this point, Russell Crowe wasn’t as popular of an actor as he is today, and he was just making a name for himself.  He gave a magnificent performance in the film, you are with him the entire time in one of the best revenge movies of the modern era.

Joaquin Phoenix plays a great villain as Commodus.  He is a vile disgusting person who you want to see taken down immediately.  The rest of the cast is also great with Connie Nielsen, Oliver Reed, and Richard Harris.  This film shows how Ridley Scott can direct multiple genres of film with this epic.  Gladiator has impressive visuals, a captivating script, and a great main character.  Despite what some people say, it definitely earned its Best Picture Oscar.

Braveheart was one of Mel Gibson’s first films as a director.  20 years later, it’s still on many people’s list for their favorite movies of all-time.  The film is about a Scottish man named William Wallace who leads a rebellion against the English king after he kills his wife.  The beginning of the film with the romance between William Wallace and Murron MacClannough sets up the rest of the film to where you care when Wallace goes on his revenge journey.  You want to see him eventually kill the king, and the story leading up to that point is captivating.

It’s inspiring to see William rally together an army and convince them to fight for what they want.  The freedom speech he gives before the big battle and they end scene impact me every time I watch the film.  Braveheart is one of the greatest movies of all time with great directing and a fantastic journey.  It certainly earns its position as one of the best revenge movies ever.

Thanks for reading!  What are your best revenge movies?  Also, what top 5 lists would you like to see me do? Comment down below!

[…] in all, Riders of Justice is a solid deconstruction of the revenge formula. The performances are by far the strongest aspect, and the action is serviceable. Still, if […]

[…] His prowess and his grace as a boxer are hard to miss. Anyone can see the amount of dedication that Crowe put into this film. He has the power, the tenderness, the confidence, and the perseverance to […]

Christopher Plummer and Martin Landau star in the unforgettable “Remember” about two old men hunting a Nazi war criminal….will have you just staring at the TV screen….

Some great films on here but the best and most moving revenge film is Shane Meadows DEAD MAN’s SHOES. Low budget but epic revenge. Paddy Considine is brilliant!

Michael Caine in GET CARTER is a gritty joy too.

I haven’t heard of those, I’ll have to watch them. Thanks for the recommendations!

Have you seen South Korea’s I Saw the Devil? Easily one of the best revenge films ever, though your top 5 here is pretty solid

I came across that one when doing research for the list, but haven’t seen it. I’ll definitely check it out! I’ve been wanting to check out some foreign films lately

I Saw The Devil is very violent by the way but something else!