Forgotten Blockbusters: Why Do We Forget Such Massive Films? 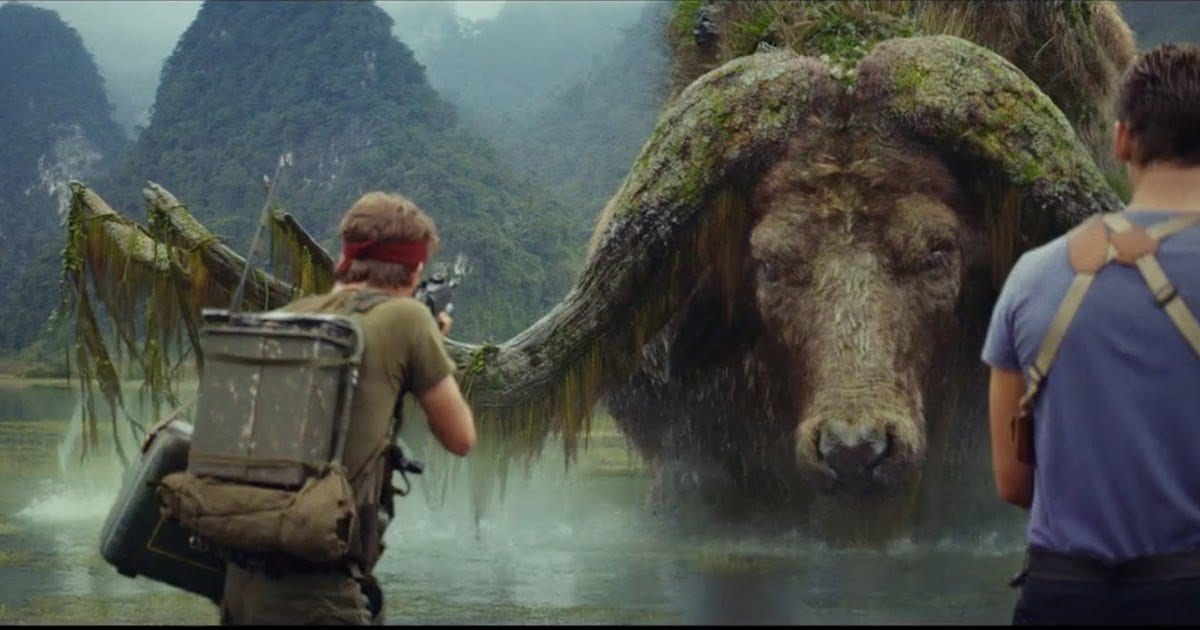 I collect films on Blu-Ray, so I own a pretty substantial number of films. The other day when I was trying to decide what to watch, I saw Kong: Skull Island on the shelf. The sad thing is, not only had I forgotten that I owned it, but I forgot that it even existed. So I did some research, this film made decent money but nobody talks about. (If you saw the featured image and wondered, “what movie is that?”, it’s because you also forgot about Kong: Skull Island.) I thought about other films in the same vein and decided to put those thoughts to page. Put on your thinking caps ladies and gents as we waltz through the forgotten blockbusters of the past few years.

*This is certainly not all of the forgotten blockbusters in recent years, but it’s enough for our purposes.

The Jungle Book is the quintessential forgotten blockbuster. This movie grossed over a billion dollars, but it is rarely come across in film conversation. People certainly saw this movie, but I have never once talked to someone about it since seeing it in theaters. It’s a shame, because this Disney remake is actually good. Unlike the live-action rehashings of Cinderella and Beauty and the Beast, this film adds something to its source material. The 2016 remake of the 1967 film takes the story in bold new directions. Not only this, but the film looks beautiful, and the visual effects surpass most of its cinematic competition.

Every studio is guilty of appealing to nostalgia from childhood source material, but Disney in particular is guilty most of all. Reboots, remakes, and sequels aren’t inherently bad. In most cases, sequels can further deepen the characters and story of the original film. However, most sequels are not made with going deeper or being better in mind. Rather, Hollywood churns out as many sequels, prequels, remakes, and reboots as it can for a quick buck. Why? Because these films already have a built-in audience and an almost guaranteed ability of at least breaking even.

Disney’s live action remakes are the best example of this. People have fond memories of Cinderella, Alice, Simba, Aladdin, and Belle from their childhood. People also have a fondness for feeling good, and remembering these simpler and happy times is an easy way to feel good. In the case of The Jungle Book and Alice in Wonderland, these films cash-in on the nostalgia while adding something new to the story. This is the right way to remake something. On the other hand, Cinderella and Beauty and the Beast just rehash the same tale without purpose. This is the wrong way to remake something, as the ensuing work lacks most of the heart and soul of what makes the original a success.

Cash-Cows Out to Pasture

The best of these remakes might have a decent legacy. In the case of Alice in Wonderland (2010), people still remember the film because of its contribution to the story. In the case of basically every Disney remake since Maleficent, the movies have become all but forgotten blockbusters. The problem is that the draw to these films is people’s love for earlier works. After these films leave theaters, people return to the original works they love and the remakes start collecting dust. The problem is that people will never love the remake as much as they love the original because the remake feeds off of the original’s charm and legacy, making it unable to stand long on its own.

That’s why you, along with others, have probably forgotten that Kenneth Branagh and Disney just remade Cinderella a few years ago. While Branagh did a fine job with the film, people didn’t go see it to see Branagh’s work, they watched it to remember the classic they loved. So, Cinderella (2015) lays on the ash-heap while Cinderella (1950) keeps on dancing through our minds.

In 2015, both Jurassic World and Furious 7 took the box office by storm. Jurassic World returned the franchise to its roots and proved that the dinosaur park still had some steam. Furious 7 proved that the franchise could have some emotional stakes between its car chases, and was a surprisingly touching send off for the late Paul Walker. However, both of these franchises returned to the muck and mistakes of their sequel predecessors in trying to follow up these films. Both of these films grossed over a billion dollars, but nobody talks about them, and Fallen Kingdom came out less than a year ago.

Sometimes movies that make their way on franchise steam run out of fumes because they are just plain bad. Doing a disservice to a franchise people have grown to love makes audiences turn their back on the newer films and focus on the originals that they adore. 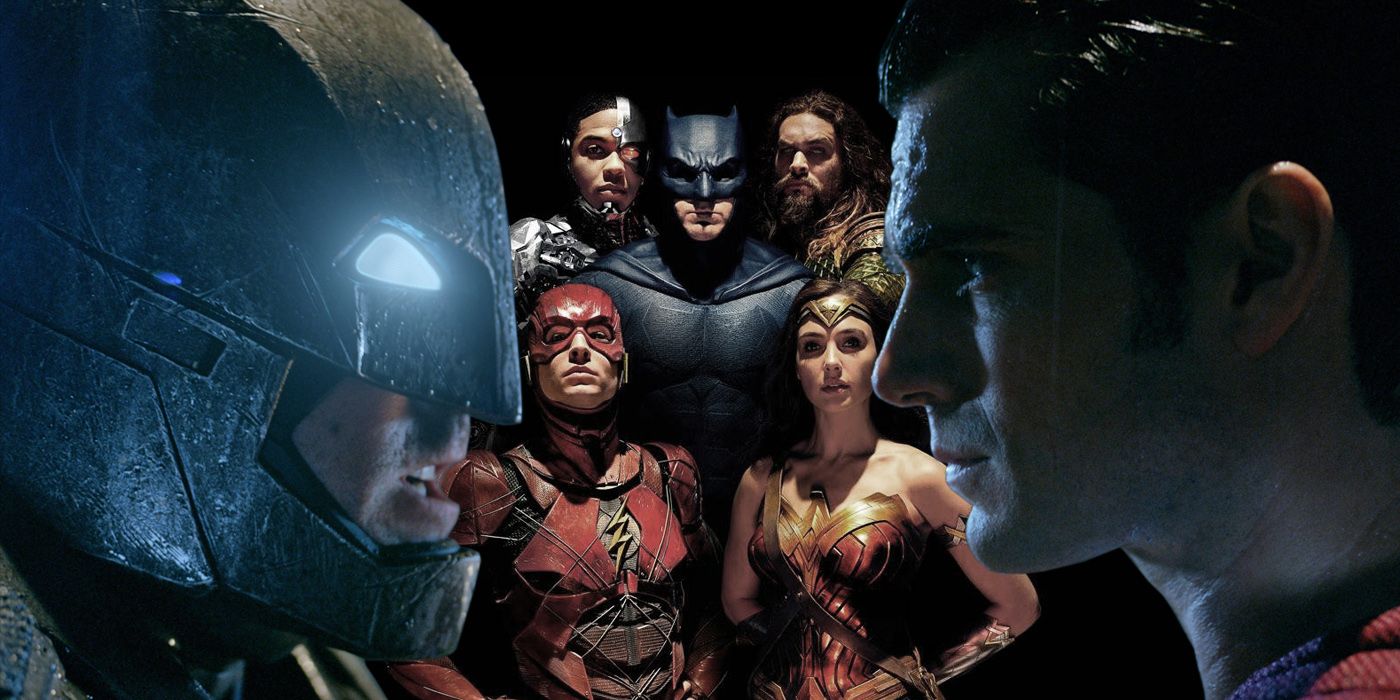 Bad films aren’t always forgotten. Batman V Superman came out almost three years ago, but it is still more talked about than Justice League. Why? Because, while both films were bad, people remember ambition and heart in films. While I am no fan of Zach Snyder as a director, I, along with many others, at least applaud him for taking risks. Synder’s vision is palpable in BvS, but not in Justice League. This is what sets one film apart from the other.

Batman V Superman is an absolute mess of ideas and themes that never come to fruition, but at least Snyder was trying. Compare that to Justice League, where the entire film is a half-baked retelling of 2012’s The Avengers. Snyder may have missed his mark with BvS, but at least the characters had some depth and the story had some intrigue, misguided though the depth and intrigue were. Justice League on the other hand, aims for nothing. There’s not even the guise of complexity in this film. As such, it has become widely forgotten, and is currently being out grossed by Aquaman. In fact, I wouldn’t consider it much of a blockbuster at all. It’s laughable because the combined likes of Batman, Superman, Wonder Woman, the Flash, Aquaman, and Cyborg barely out grossed Ant-Man at the box office.

Both of these films are bad, but at least one is memorable. Justice League is a forgotten failure, while Batman V Superman is at the very least a memorable mess.

Speaking Batman V Superman… There’s a line in the film that perfectly sums up my thoughts on forgotten blockbusters. “You can call me whatever you like. Take a bucket of piss and call it Granny’s peach tea. Take a weapon of assassination and call it deterrence. You won’t fool a fly or me. I’m not gonna drink it.”

The problem with these forgotten blockbusters is that when they’re bad, we remember them. But when they’re just adequate or good without being great, then they become forgotten. So, we remember the “buckets of piss” like Batman V Superman. What we don’t remember are the lukewarm water films like Kong: Skull Island or Rogue One because we like them, but we don’t love them. We love the classics, the originals, and the memories we have of them.

Adequate films, soulless films, and films that contribute nothing serve their purpose for the studio, and audiences gladly fork over cash for them. At the end of the day however, audiences have forgotten these films and they become dim blips on the Hollywood radar.

Someday the nostalgia train will run out of places to stop. Hopefully then Hollywood will get a much-needed infusion of ambition.

While I believe these films to be lukewarm, forgotten blockbusters for the most part, I don’t hate any of them. (Except Justice League and Fate of the Furious). I enjoy these movies and am entertained by them, but that’s it. I don’t like watching movies just to be entertained, I want substance and that is what these films often lack.

Thanks for reading!  What are your thoughts on Forgotten Blockbusters?  Comment down below!

I agree with the comments that Rogue One isn’t forgotten. It may not have the buzz of constantly being argued over on the Internet, but I know several SW fans who consider it the best of the Disney films. (And, if you disqualify TLJ for being so divisive, I would unreservedly agree.)

I liked Despicable Me 3, but it was a little short of the previous two movies. I suspect a lot of adults have been getting sick of Minions all over the place, and that might contribute to nobody talking about it too.

Agreed that the new Jungle Book was a really good movie. And well said about people appreciating the remake of a classic and then returning to the classic. It’s hard to create an enduring film, and modern special effects and other techniques only go so far.

This is another bad thing about Disney’s live-action remakes of their animated films: they will all be forgotten it seems, as you’ve mentioned, unlike their animated originals.

I dont think Rogue one was forgettable. People just stopped giving it attention when the hype around Rey’s parents died cause of the Last Jedi. The Jungle book is one of the best disney live acton adptations ever. I agree with you, it doesnt deserve to put in with cinderella and beauty and the beast.

I wouldn’t count Rogue One as forgotten.
I think Alice in Wonderland worked because it wasn’t a remake but reworked the material in a completely different direction. Plus how often do you see a young woman save a world without dressing in boob-revealing spandex?

I for one really rate Kong: Skull Island. And Rogue One. Two of my faves of the last ten years