‘Crawl’ Exit Survey: Let’s Talk About All Those Alligator Kills! 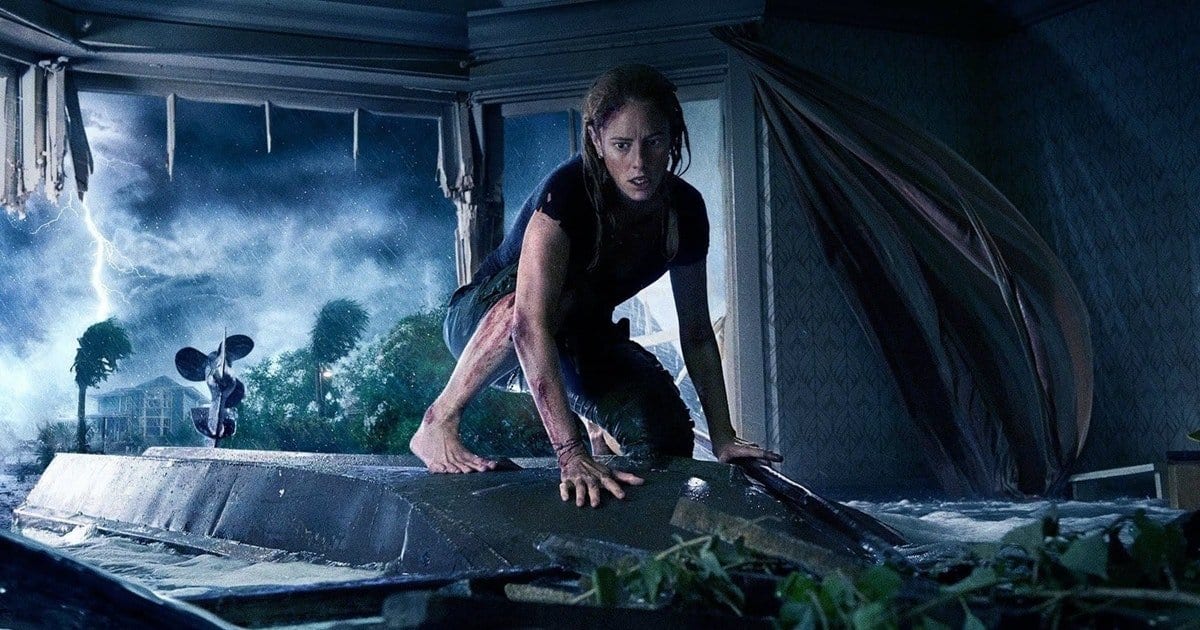 Crawl is exactly what you think it is: a non-stop B-movie with PLENTY of gruesome gator kills in the middle of an unprecedented hurricane. In other words, it’s fun for the entire family! Horror regular Alexandre Aja injects plenty of enjoyment into this simple but thrilling film, elevating it above everything you see on the Syfy channel by a long shot with the help of some great, schlocky set pieces. Just don’t expect it to change your life.

Members of the MovieBabble staff break down some of the more noteworthy parts of the film in our Crawl Exit Survey. SPOILERS to follow.

Other than Jaws, what’s your favorite Man vs. Animal movie and approximately where does Crawl rank in that subgenre?

Collin Willis: The Grey, but Crawl was so enjoyable it might just be my favorite non-Jaws man vs. animal movie.

Brennan Dubé: There’s not a ton of gems but The Grey is always a fun time!

Nick Kush: I assume for the purpose of this exercise that Birdemic: Shock and Terror doesn’t count (although I really want it to). Even though it’s incredibly dated, I always go back to The Birds as a favorite of mine. B or C-rate Hitchcock is still better than most movies put out into theaters. However, Crawl is definitely at the higher end of the spectrum just for being a functional movie!

What would be your first move if you were trapped in an isolated location with hungry gators? Does Crawl offer any good survival tips?

Collin Willis: Watch some tutorials from my man Steve Irwin about handling gators (or crocs, but whatever). Crawl taught me that in a pinch a shovel can cut a gator, so that could help.

Brennan Dubé: Crawl offers some decent tips here and there in terms of distracting the animals, but I don’t think this should be used as a handbook! My first move would be to assess my chance of survival and then….. well… I’ll tell ya when I get there! (But hopefully not.)

Nick Kush: Whatever the location, I would do my best to zig-zag as the gators are chasing. I don’t know how effective that is, but everyone seems to assume that it’s the best way to escape from a group of hungry gators!

I appreciate how Crawl showed that it helps not to splash around them. Again, I’m not sure how realistic this is, but hey, Alexandre Aja made it look convincing!

Which gator kill in Crawl is the best kill?

Collin Willis: The looters at the gas station all die in hilariously brutal ways, that scene alone was worth the price of admission.

Brennan Dubé: It’s always great to watch some criminals get what’s coming so… you ATM thieves got what was coming!

Nick Kush: The moment where one of the looters notices Haley flashing her flashlight from the crawl space as his friend is getting devoured behind him KILLED me.

What’s the most unrealistic part of Crawl?

Collin Willis: The fact that all the characters were all that redneck-y, despite living in Florida.

Brennan Dubé: Our main character Haley takes a lot of hits, but rarely shows any fatigue, or more importantly, damage. She is kind of a Terminator.

Nick Kush: Let’s talk about the fact that both Haley and her dad both suffer horrendously gruesome injuries and are fine after about 30 seconds of grunting. The dad cleanly breaks his tibia in half and gets his arm bitten off and survives! How is this possible??? I feel like I’m taking crazy pills!!! 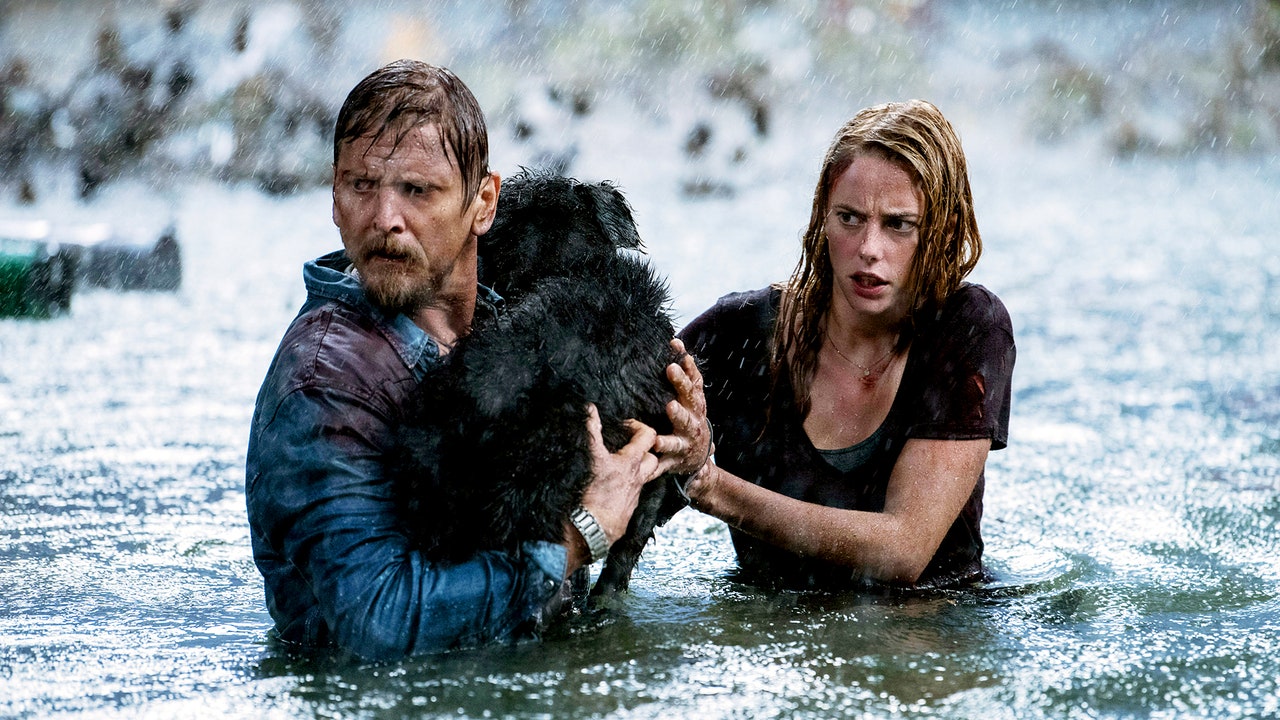 Crawl has an approximate runtime of 87 minutes. Is that too short, just right, or too long?

Collin Willis: Just right. Crawl gives you enough gator carnage to whet your whistle, but it doesn’t overstay its welcome.

Brennan Dubé: The runtime is perfect. The film is short, simple, and scrumptious (for the gators, that is).

Nick Kush: I mentioned this briefly in my review of the film, but the art of the sub-90-minute movie is quickly dying out. I love that Crawl knows exactly what it is and never thinks once about overstaying its welcome. It’s not an admission of it being lesser art, just an incredibly savvy move to keep tension and cater to the core audience of people that enjoy these kinds of movies. Not everything has to be two hours long!

Collin Willis: B. This is one of the best B-movies of the decade. Period.

Brennan Dubé: I would score this film at a B-. It is super effective without being too much. I wasn’t blown away with this movie but it was a ton of fun.

Nick Kush: It’s a B-. Crawl is never exceptional, but it’s always adequate at the very least. I suspect that the film will find a cult audience over time, as this kind of movie hardly gets made anymore. It’s good ol’ fashion gator carnage. What else did you expect?

Thank you for reading! What are your thoughts on our Crawl Exit Survey? Comment down below!