The Worst Movies of August 2019: John Travolta Stars in Another “Masterpiece” 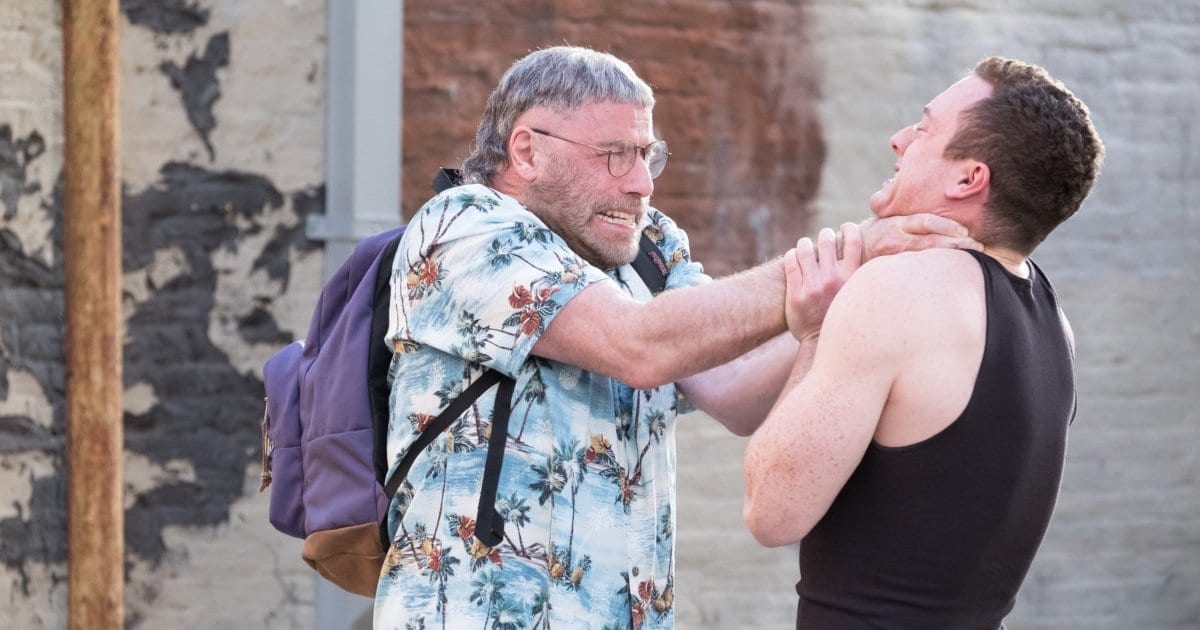 Many of the most high-profile movies of August — Hobbs and Shaw, Good Boys, The Angry Birds 2, and even Scary Stories to Tell in the Dark — were mired in mediocrity, doing a few things well, but not putting every piece together. They were reasonable enough productions to avoid inclusion here — though being painfully average deserves its own kind of derision if you ask me.

Instead, we have many other sorry films to discuss in the list of the worst movies of August 2019, so let’s have a look:

Every time I see a Melissa McCarthy vehicle struggle, it truly pains me. Say what you will about her tendency for obnoxiously foulmouthed theatrics, she’s a dynamite actress with the correct material. What’s even worse about The Kitchen is that it drags Tiffany Haddish, Elisabeth Moss, Domhnall Gleason, and the wickedly talented yet underutilized James Badge Dale down with her. This mob story is just jumbled, not in a way that will embarrass anyone involved, but in a way that makes one feel cheated out of what could have been. There’s a good movie somewhere in here. It’s a pity the talented Andrea Berloff couldn’t find the balance.

Next for McCarthy is another film directed by her husband Ben Falcone, which doesn’t exactly get me excited considering the other films they’ve worked on together — Tammy, The Boss, and The Life of the Party. Melissa, if you’re reading this — which I’m sure you are — look for a script in a similar vein to Can You Ever Forgive Me? I would greatly appreciate it!

*To read the site’s full review of The Kitchen, please click here.

Look, I know there’s an audience for this kind of movie. The Netflix film masquerading as a Hallmark movie is quickly becoming less of a trend and more of standard. Maybe we should start calling movies like Falling Inn Love “Netmark” films. Or maybe “Hallflix”? I’m still workshopping the name.

The first thing wrong with Falling Inn Love is that damn title. I get the pun, movie, but your title is also “Falling Hotel Love.” It doesn’t even make sense within the logic of the rest of the title!!!

The movie is full of all the Hallmark tropes that are too familiar to even get worked up about. And before you start angrily typing on your keyboard, commenting “You don’t watch this movie because it’s supposed to be good, you watch it because it’s entertainingly terrible, you idiot” and consequently hurting my self-esteem — critics have souls too, guys! — I entered Falling Inn Love with the same expectations. I left feeling excruciatingly bored, mostly because it’s pat without ever doing enough to turn its familiar elements into entertaining cheese. It’s lost in that dreaded middle ground between earnestness and full-on camp which is the death of movies of this ilk.

Hooooo boy, The Fanatic is an experience. You won’t be the same after watching John Travolta’s latest disasterpiece about a rabid fan who stalks his favorite actor. Where does one even start when attempting to talk about this film?

Everything about The Fanatic is such a novelty, from the fact that Limp Bizkit frontman Fred Durst directed the movie to John Travolta’s outrageously daffy performance as a character who is unquestionably on the autism spectrum. Moose’s first line of the movie — yes, the Travolta’s character name is “Moose” — is “I can’t talk too long, I gotta poo.” Incredible stuff.

Like ironic greats such as The Wicker Man and Battlefield Earth, each scene in The Fanatic is off, with someone being weirdly aggressive, offering a bad performance, or improperly staging a confrontation. Honestly, I don’t want to ruin any of this movie for you. Just watch it, and you’ll see what I mean.

I, along with millions of other people, will watch The Fanatic many, many times…just not in the way that Fred Durst intended. This stalker-thriller is destined to become the next great so-bad-it’s-good film.

*To read the site’s full review of The Fanatic, please click here.

The most notable thing about Otherhood is that it’s the first movie that Felicity Huffman has been in since the USC college tuition scandal. Other than that, watching her along with Patricia Arquette and Angela Bassett in a rote story of parents attempting to connect with their children is never as interesting as it should be.

I give credit to Entertainment Studios Motion Pictures — which is STILL the leader in the clubhouse for the name of a studio that is most likely to be a front for a criminal enterprise — for slapping this film together. When you’ve struggled to churn out hits, making a sequel to your most profitable movie thus far is a reasonable idea. As for its artistic value, well, your mileage may vary.

Richard Linklater’s latest film is the very definition of a mixed bag. It has Cate Blanchett putting in an outstanding performance, so that’s more than enough to make it engaging on some level. But for everything around her, it’s a cacophonous mess of obvious ideas that fumbles many elements that Linklater has become known for. Namely, interpersonal drama.

Thank you for reading! What are your thoughts on the worst movies of August 2019? Comment down below!

[…] all the joking around in this article, this particular conversation is why 365 Days isn’t a so-bad-it’s-good movie recommendation. It liberally uses violence and sexual violence against women in an attempt to titillate the […]

It seems the more Netflix tries to make movies, the more that land on this list! I’ve heard of both of your top 2 films, but didn’t see them, so can’t say much about them. And I agree on The Kitchen, though it just slipped out of the bottom 3 for me (it was 4th from the bottom). Turns out there were three films worse, and here they are: 3) 47 Meters Down: Uncaged (the first was okay, but like Crawl earlier this summer, this just had too many character issues, as well as a lot of questions that were never answered); 2) The Angry Birds Movie 2 (Again, the first was okay, but this one just had no narrative flow to it); 1) Don’t Let Go (Save your time; go watch Frequency instead!)