The British Invasion: What’s With All These British Actors? 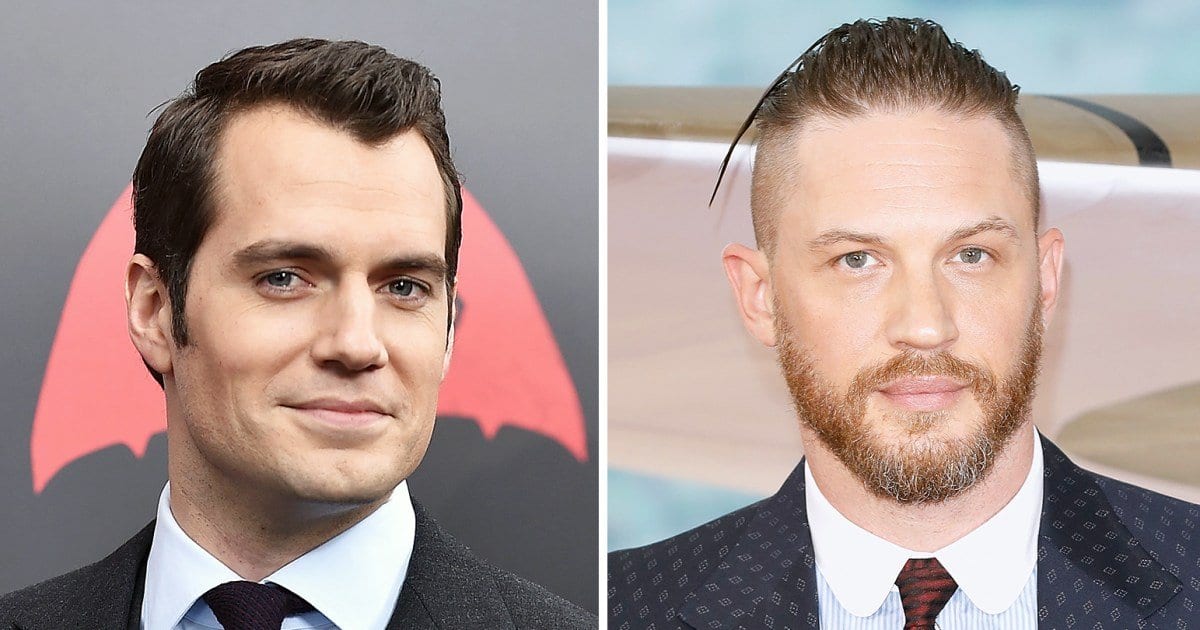 Maybe it’s just me, but it seems that Hollywood today has a significant percentage of British people. Maybe it’s always been like that and I’ve just never noticed, but I feel like England is trying to take back her colony. While not necessarily a bad thing, it does change the dynamics of Hollywood a bit.

Benedict Cumberbatch, Tom Holland, Tom Hardy, Tom Hiddleston, Christian Bale, John Boyega, Daisy Ridley — where did they all come from? Seriously, is there some appeal to this mess of a country that considers a double bacon cheeseburger on a doughnut a meal? Does our obsessive patriotism attract you Brits? Do you just find us cute and pitiful? WHAT IS IT???

Note: if you couldn’t tell, I am American. Thus, if I use the term British, assume that I mean the entire United Kingdom.

Obviously, this isn’t the first time we’ve ever had a British invasion. Let’s look at some memorable British events and influencers through the years. 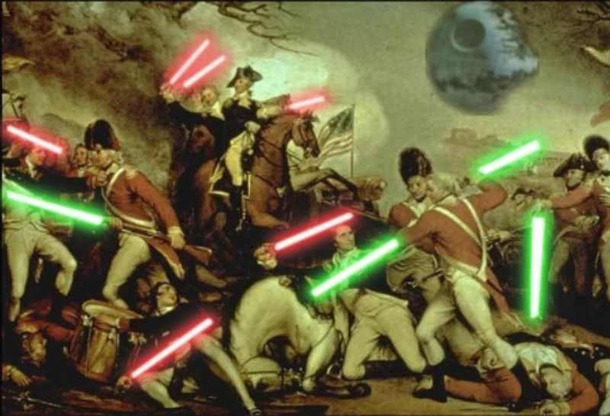 Ah, the good old days. The original British invasion. Never have we been more crazy about the British than we were in 1776. Everywhere you went, people were shouting “The British are coming!” and shooting off cannons in their honor. It was an exciting time in foreign relations. 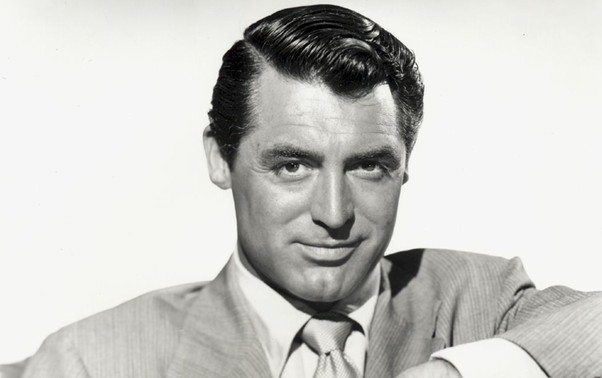 Image via The Cinemaholic

Of course, you knew I would bring up my favorite actor in this article. While obviously not the first British actor to make it in Hollywood, Cary Grant is one of the most famous ones. Hailing from Bristol, young Grant traveled across the sea around 1920 and eventually gained citizenship in 1942.

However, his iconic accent remained a staple in early Hollywood, prominent in films like The Philadelphia Story (1940), Bringing Up Baby (1938), and An Affair to Remember (1957). While not a pure British accent (it’s actually a trans-Atlantic accent, made famous by actors like him and Katharine Hepburn), it’s still a bit more refined than what us Americans call English, which is probably what caused the ladies to swoon over him (I include myself in this swooning group).

At the same time that Cary Grant was making waves in Hollywood, Laurence Olivier was also a big hit. Granted, Olivier was in definitively more sophisticated films, such as Hamlet (1948), Spartacus (1960), and Rebecca (1940). This only amplified his suave British personality.

Olivier basically personified the posh British man stereotype. He was charming, debonair, and spoke the lines of Shakespeare with the timbre of a god. Of course, he could never could hold a candle to my man Mr. Grant, Olivier is right up there with the British actors that deserve to be lauded. 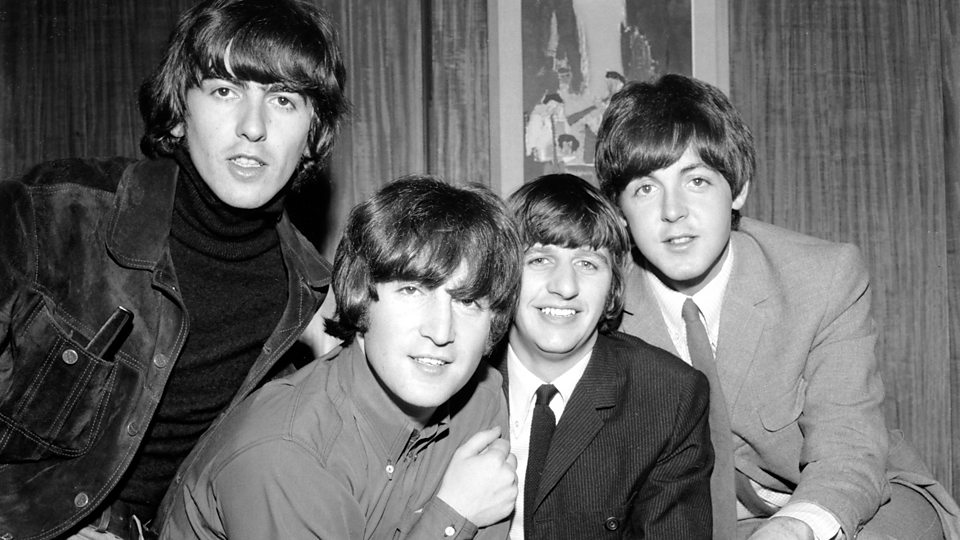 Let me say something right now: I used to like the Beatles. I think they made great music and were an important part of the boy band movement and 60s rock.

They weren’t that attractive. It was the 60s — did people not see Paul Newman, Steve McQueen, or Warren Beatty? And they weren’t that great a rock band compared to The Doors, Led Zeppelin, or The Rolling Stones (the last two also being British — dang Brits). Nevertheless, I mention them for the simple reason that they helped reignite the British flame in America once again.

The British Are Coming!

As soon as people realized that the British actually had talent in the likes of Sean Connery, Peter O’Toole, and Michael Caine, the British inundated the country.

Before we knew it, we had Martin Freeman, Christian Bale, Daniel Day-Lewis, Hugh Grant, and Colin Firth. For Pete’s sake, we even had Anthony Hopkins playing an American cannibal. On a side note, I think we’re all still a little scared of Mr. Hopkins to this day.

It was at this point that Hollywood said to itself, “Hey, these British actors actually aren’t too bad. Let’s start hiring more of them!” And they did. And it’s hard nowadays to find a movie that doesn’t have at least one British actor in a title or supporting role (probably an exaggeration, but you get my drift).

Fast forward a few years and you’ll find yourself in the present day: the British have taken over the Star Wars franchise, wormed their way into the Marvel universe, and they get Hogwarts. I mean, they’ve got John Boyega, the first black stormtrooper, on one side and Tom Holland playing an American superhero on the other.

Of course, this isn’t a problem really — I quite enjoy British accents and the actors Hollywood hires from Britain tend to be much more attractive than your average American man. I just find it odd that for a country who so determinedly broke away from England, they sure are welcoming to these actors.

But, I mean, I’m not complaining about this:

Honestly, I kind of lost my point halfway through writing this. But here’s the point I found along the way: Hollywood isn’t an American staple anymore. You know how in old movies or books you’d have stories of people wanting to come to America and they’d mention Hollywood and how Americans were all movie stars or something along those lines? That narrative trope is coming to its end.

Hollywood isn’t purely American anymore. We have actors that hail from all six continents (and I’m pretty sure a few polar bears from Antarctica) and the average American actor isn’t just a white guy with nice brown hair. Sure, there’s still a lot of those cookie-cutter actors, but there’s much more diversity than that now.

Benedict Cumberbatch isn’t exactly your textbook definition of attractive and yet he has a whole fandom of giggling girls dedicated to him. Chiwetel Ejiofor isn’t white, American, or even super well-known, but he gave one of the greatest performances I’ve ever seen in 12 Years a Slave (2013). And if you want to go for the diversity jackpot, Lupita Nyong’o is a Kenyan-Mexican actress known for blockbuster hits like Black Panther (2018) and Star Wars: The Force Awakens (2015). 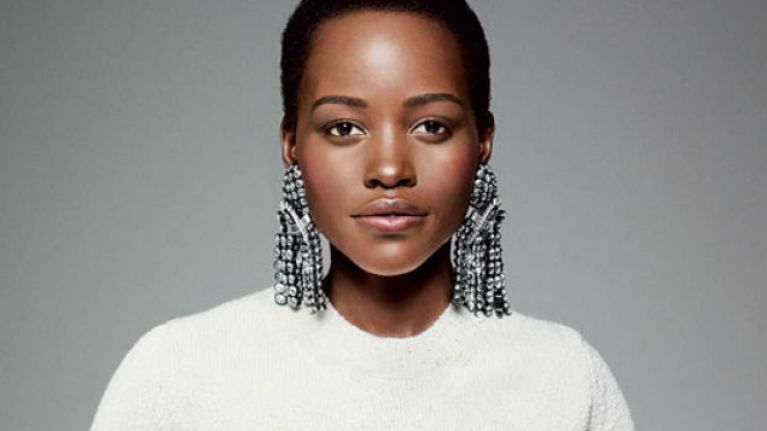 Soon, people of all races and nationalities will see their country represented on the big screen. Hollywood isn’t just going to cater explicitly to America anymore because we know that Americans aren’t the only ones watching. Sure, the move may be money-motivated, but if it brings more diversity, I don’t care.

Thank you for reading! What did you think about the British invasion and diversity of Hollywood? Comment down below!

I would say that a lot of them can do other accents. Thus, they are real actors.

I have been thinking this for a few years now. It’s almost like a pre-requisite to have a Brit in a film or TV show – the only time it really bothers me is when they try to do accents like southern or Boston/NYC – sorry no amount of accent training is going to get those right for me.. :)

I wish the American Revolution had lightsabers, lol!

I love the British people in this industry!

Yeah, we’ve noticed this trend, too. You skipped over Simon Pegg. What about Andrew Lincoln as Rick Grimes in “The Walking Dead”? Let’s talk about Tim Roth in “Tin Star”. Did you see how Craig Ferguson, John Oliver, and James Corden picked up gigs in America.

Of course, in a nod to our Canadian commentator,we’ve had Canadians coming over the border long before the Guess Who sang American Woman. But I love Canadian fare like 19-2, and often enjoy the Republic of Doyle.

I love where your post ended up. We need diversity. It is there in our lives so why not on the screen? I’m Canadian btw.