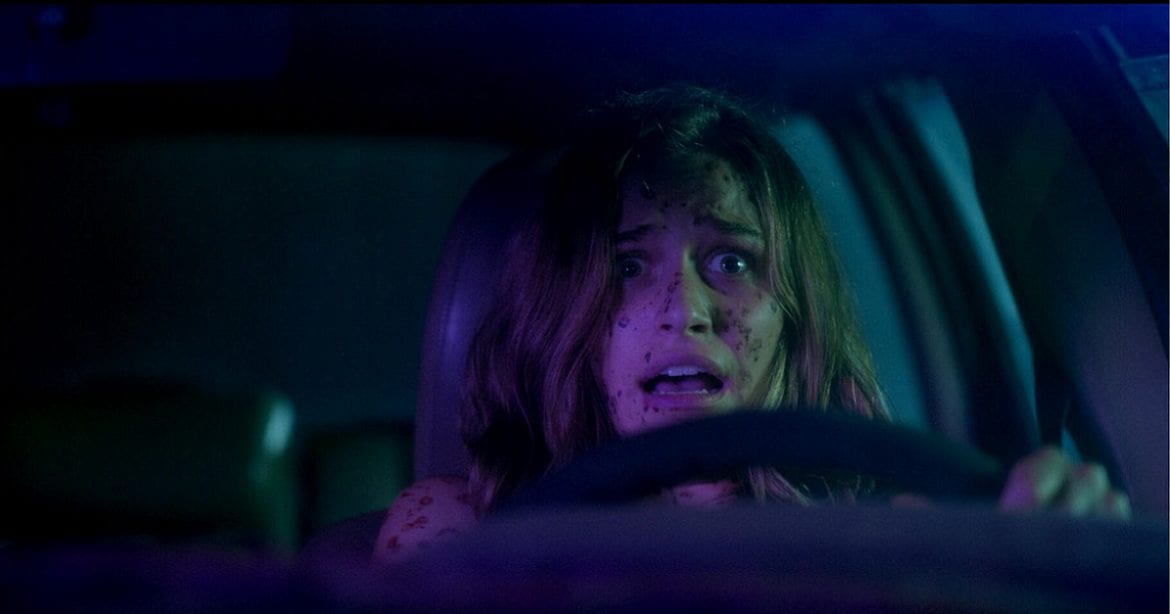 What a FUN movie Scare Package is. Shot by seven different directors, the film is packed with diverse storylines. I am reasonably familiar with the anthology genre, and I like that it is mainly just an innovative way to watch a bunch of interconnected shorts. As far as horror goes, many brilliant films stem from shorts. Think Saw; without its initial short film, we might have never acquired any Saw movies, let alone the eight (nine if you count Spiral: From the Book of Saw) that are now in existence.

In general, horror is a perfect genre for short plotlines. Just think about it; in most cases, there is little setup required to make something scary. Just someone calling you when you are babysitting at night and saying they are watching you is pretty scary; pretty quick too! (Yes, that was a Scream reference.) Scare Package is by no means filled with dread, however. It is a comedic spoof take on the horror genre. Watching Scare Package reminded me of when this used to be a super common item, leading to a Scary Movie film every few years.

A Solid Opening With An Impressive Stand Out Performance

Scare Package starts strong. Jon Michael Simpson leads the first short that also doubles as the movie’s prologue. He plays a horror fanatic who keeps popping up in horror movies, although he hardly makes an impression on that horror movie’s main characters. It was a strong opening, both because the short itself was hilarious and Simpson had impressive comedic timing. Funnily enough, upon doing some research, Simpson actually has some other anthology horror experience under his belt, none other than V/H/S. Due to the format of Scare Package, Simpson maybe only had 10 minutes of screentime, yet he was the most memorable. Ninety minutes later, his performance was still burned into my mind.

At the same time, the strong opening was also Scare Package‘s slight downfall. What the opening short set up was a guy jumping in and out of different alarming situations, which had me immediately impressed by the creativity, mainly because it seemed like the most perfect setup to an anthology film to use as the shorts progressed. From there, the movie stuck to a more generic way to introduce its shorts. The overarching plot of a horror film-obsessed video store owner is pretty funny, but the way the plot would flow in and out of different shorts didn’t feel as fresh or authentic as it could have. I couldn’t help but think this was a missed opportunity to make a super original anthology horror spoof.

There were some great transitions between shorts, however, there were also some uninventive ones; sometimes, shorts would be introduced without any warning at all. The gaps between shorts were also a bit too small sometimes, which gave the impression Scare Package is just waiting around for the next short to start rather than wanting to follow what is going on in between. Yet, the “in-between film” does become more than just a gap-filler if you stay patient. So don’t make the same mistake I did and lose interest in it. Engross yourself instead.

Let’s Dive Into The Shorts

The shorts themselves provide a lot of variety. From classic slashers to cult sacrifices, horror film fans should be satisfied either way. That is pretty much what makes an anthology enjoyable. It is not a big deal if you don’t like a particular subject; soon enough, you’ll move onto the next one.

Some digs on classic horror tropes are really entertaining and instantly recognizable to horror fans. There were some hilarious ones, like a mention of statistics on how likely a car is to start when you are in proximity to an armed murderer. Other times, the jokes felt outdated and had me wondering if the horror spoof genre is just overdone at this point. Do we really need another account of the generic roles appointed to characters in horror films? You know, the virgin, the jock, etc…

The horror genre has moved away from using these classic stereotypes in recent years. Of course, the entire concept of Scare Package is based on horror tropes, but I wish it included examples from newer, more recent horror movies. Otherwise, your parody is no different from Scary Movie, a 20-year-old movie doing the same thing.

The Good And The Bad

As I mentioned, horror-comedy is a fantastic genre to build a plot in a short amount of time. The shorts in Scare Package demonstrate the often little need for huge backstories on the main characters. Therefore, most of the shorts are enjoyable from start to finish, even if they aren’t particularly inventive. In a way, most of these shorts testify to how feature films can improve at telling a compelling background in only a few minutes.

However, as playful as Scare Package is, to me, it was not a movie I would want to turn on one night and watch in full. I actually attempted to do so, but I ended up watching it in a few sittings because I lost interest every now and then. The movie does lend itself to watching in this way because of the shorts; you’d hardly lose track of what’s going on. But once turned off, I wasn’t overly excited to come back to it. I did enjoy myself watching whenever I did, but there were some missed opportunities to truly be creative in its genre. It doesn’t stand out. More than anything else, I would say this is a very silly and very watchable film for a Sunday afternoon, but perhaps not more than that.

Overall, some very strong points; Scare Package is very, very fun. But the red thread here is that the movie could’ve tied everything together better, as is this case with most anthology films. The movie’s strongest and funniest moments were when a short would randomly tie in with the main story or another short. More of that and Scare Package could have separated itself from the rest.

Thank you for reading! What are your thoughts on Scare Package? Comment down below!

[…] this tertiary episode of Guillermo del Toro’s anthology show, we receive a terrifying answer to the age-old question: are we alone in the universe? The […]

[…] horror anthology genre has its winners and losers. For every Creepshow, there’s a Creepshow 3. And now, for every […]

[…] and is a big step up from the solid 1898: Our Last Men In The Philipines. It covers three lightly interconnected stories that take place across Africa. In the first, Alvaro Cervantes‘ Guardia Civil officer is […]