‘A Christmas Carol’ (2020): An Artistic and Refreshingly Wholesome Take on Dickens’ Classic 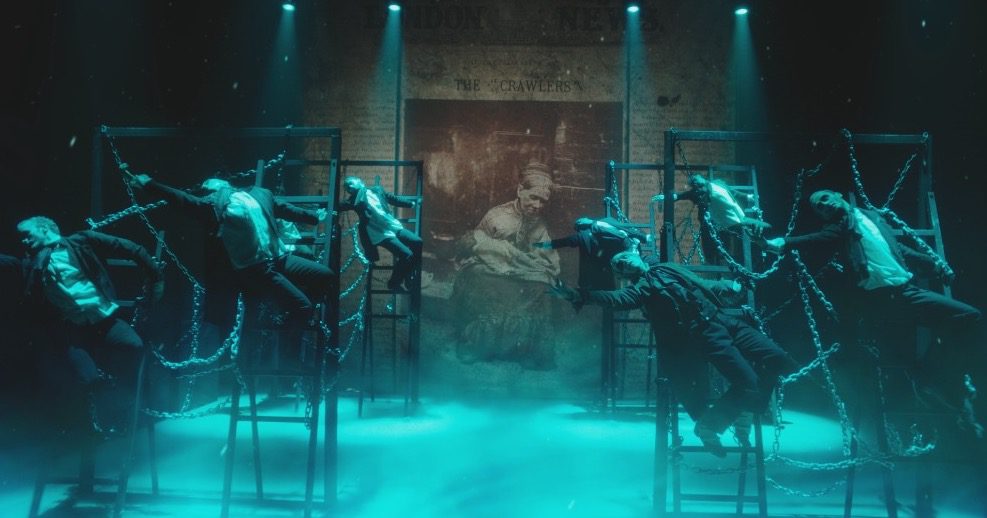 Over the years, many movies made reflect a growing trend amid studios looking to nab an easy profit. These are those productions that attempt to revive a classic tale or character but fail in attempting to make renowned intellectual properties both fresh and exciting.

Stories gravitating around figures like Mowgli, Robin Hood, or Sherlock Holmes feel like they’ve been done to death. I am happy to say this is not the sense one is met with in experiencing Jacqui and David Morris’astounding adaptation of Charles Dickens’ stirring novella.

Different Renditions of A Christmas Carol

Variants of the cinematic homage to A Christmas Carol have been made for more than a century, since the infantile steps of film history. Many notable actors have been enlisted in these. Out of an array of onscreen retellings of classic fantasies such as Moby Dick and Mysterious Island, Sir Patrick Stewart outdoes himself and offers somewhat of a bearable Ebenezer Scrooge in A Christmas Carol (1999). Although the 1984 take with George C. Scott in Scrooge’s shoes (and nightcap) is all the more triumphant.

The Man Who Invented Christmas, which explores how Dickens’ life might be intertwined with this Yuletide sensation, certainly offers a zesty revisiting of the classic. And who could forget the comedy Scrooged with the lovable Bill Murray?

But if there was one chief characteristic to define the new film version from Jacqui and David Morris, it might well be called brilliantly audacious.

As the film’s narrative unfolds, and children’s’ imaginations are enkindled, the characters awaken like puppets suddenly animated. It is an intriguingly beautiful way of bringing a story to life. It becomes quickly evident that what unfolds before our eyes is a fine combination of traditional stage and performance arts with the magic of modern cinematic effects.

For its raw onscreen performances, it might be comparable to the dramas of Oedipus Rex (1957) or even the recorded Broadway production of Hamilton that’s available on Disney+. The theatrical dimension of this production, giving way to the use of interpretive dance, shines throughout and makes for an enthralling picture. The way motion was employed in the film is astounding.

The use of illustrations, prints, and backdrops in the movie made for an aesthetic of merging textures and visuals. And Scrooge, in his counting chamber, appears to be situated within a snowglobe — flakes falling all around. For all its glitter, however, there are times when the magic of the visiting spirits seems to go a bit over the top. A prime example of this is the entrance of the Ghost of Christmas Present in which individual bands of different-colored lights emanate from beyond a closed door. I feel like I should be expecting a disco ball more than a spirit.

Its pacing and acting, unlike Hamilton, is perhaps a rapture that has to reel you in. In other words, it seeks dedication from the viewer more so than most mainstream films. Its dances slow and delicate, its on-screen actors apt at presenting their characters, A Christmas Carol features a good deal of fine choreography. The scene of Scrooge peering out of his window to see a host of tormented spirits stands out especially in concern to the unison among the performers. The symmetry here is undeniably well-done.

When whisked away into various moments from his former life by the Ghost of Christmas Past, Simon Russell Beale’s Scrooge has a giddy disposition more often than not. There are times when, intangible, he sits viewing scenes from his youth, and rocks back and forth with his legs in a childlike manner. It makes for a delightful insight into Scrooge’s nature. No matter how crotchety the old miser might be, it doesn’t mean he can’t be inspired by the beauty of music and the warmth of jollity. None of the spirits’ visitations leave him untouched, and the next time we see him this giddy and ecstatic is in the film’s climax.

Hearing that Andy Serkis appears in this film was a key point of interest. Having projected himself into desperate roles such as Gollum in The Lord of the Rings and Caesar in Planet of the Apes, Serkis brought his flair for the dark and mournful to the voice of the ghost of Jacob Marley. Previously, Serkis had played the Ghost of Christmas Past in a 2019 TV mini-series adaptation of A Christmas Carol for FX.

Martin Freeman, who has appeared alongside Serkis a number of times, eloquently voices the dialogue of Bob Cratchit. In the more emotional moments, his vocal tones remind the ardent follower of fantasy of Bilbo’s emotional breakdown in The Hobbit: The Battle of Five Armies.

A slew of other notable actors lend their voice talents, including Siân Phillips, Daniel Kaluuya, Carey Mulligan, and more.

The Point of A Christmas Carol

There are several messages interwoven in A Christmas Carol, all of them being those that were focused on or hinted at in Dickens’ original work. In fact, the method for delivering this story through film disposed itself, through its dialogue and narration, to be one of the renditions that has remained closest to and least changed from its source material. David Morris deserves a round of applause in this regard as the screenwriter, and I think Charles Dickens might have done the same.

With that, many of the messages remain tried and true. That Christmas is rather a time of giving and of remembering those around us, that love has far higher worth than financial gains: these are a few of the ideals that are brought home in such a poignant yet endearing way.

But love goes beyond the romance Belle would have for Ebenezer and which Ebenezer had lost in Belle. It also comes through charity, something Ebenezer — particularly in his later days as we see him at the start of the story — also neglects. Charity comes in many forms: a donation, a kind acknowledgment, a helping hand.

Again and again, throughout the film, we are given glimpses into the poverty, sickness, and all-around hardships experienced by so many of the people around Scrooge. The Morrises’ film, perhaps more than other adaptations I’ve seen, shows the grime of despair and disparity. An image of those in need is consistently provided, particularly through the mixture of illustrations and scenes of people ailing in the streets and seeking the simple warmth of a fire.

A critique of social classes and a spotlight upon poverty, A Christmas Carol calls for recognizing the humanity of our fellow community members. And, as Scrooge is an inevitable example for, we ought to take the initiative to give to that community.

This movie is unique in two ways. First, in its mode of delivery. The portrayal via dance along with dialogue as voiceover is given nearly flawlessly. Telling the story this was, at first, bizarre, but grew into a genre of its own. Second, the way the film presented the dialogue and narration lent itself to following Dickens’ storyline with few alterations.

When all said and done, the Morrises’ A Christmas Carol is unlike anything I’ve seen before on the screen. And that in itself is refreshingly appealing.

Thank you for reading! What are your thoughts on A Christmas Carol? Comment down below!

The Lord of the Rings Trilogy Is Still...