Don’t Judge a Movie By Its Cover: Knocking Movies We Haven’t Seen 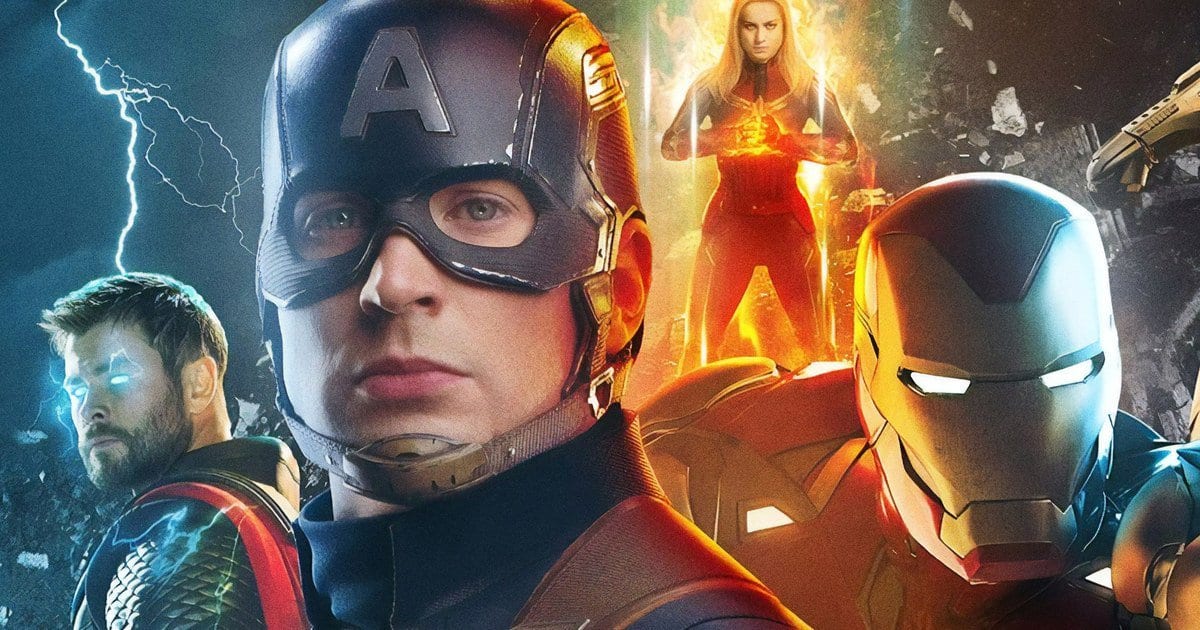 As an avid Psych fan, I’ve been closely following the upcoming Psych the Movie 2 production and gossip. Obviously, I’m not expecting a lot — it’s a reunion film, which all tend to be corny, stale reincarnations of the original show. Yet, when I heard that filming was already finished after just a few weeks, I felt sucker-punched. How could they put that little effort into a film that means so much to fans?

Then part of Avengers: Endgame got leaked and me, having no self-control or self-respect, immediately looked up all the spoilers. Without revealing anything, I felt slightly…disappointed? All the spoilers weren’t that exciting to me.

Is this how movies are supposed to feel? Is it really to my advantage to know all about these movies before I even see them? How hard is it to not judge a movie you haven’t even seen when you’re inundated with information about its production every five minutes?

I’ll admit: I follow the production of Marvel movies the most (mostly because I am well-invested in the characters and storyline at this point). These real-time updates can be both one of the greatest innovations of modern cinema and also one of the most detrimental.

With any Marvel movie, actors and actresses go out and do interviews promoting their new movies. Recently, Brie Larson made quite the splash in the run-up to Captain Marvel (2019), enraging and exciting many. I, personally, found a lot of her comments quite radical, so I already had a slightly negative opinion of her. When I went to see the film, I enjoyed it overall but I just couldn’t bring myself to fully like the main character of Captain Marvel. I just kept seeing Brie Larson making bothering comments and the experience was ruined.

This may have been a one-off thing, but I’m sure that I’m not the first person this has happened to. When I finally watched Batman v Superman: Dawn of Justice (2016), I already had a low opinion of the film because I knew DC performs poorly compared to Marvel’s films. I went into the film expecting it to be bad and I was grandly rewarded. It makes me wonder: would I have been able to find at least one redeeming element if I hadn’t been biased going into the film? (Reviews tell me no, but I still like to think I could have found something.)

In the age of social media, nothing is secret. I already mentioned that Avengers: Endgame has been leaked, despite it not being officially released. Movie projects are announced and leaked all the time and there’s really nothing anyone can do about it. But movie production isn’t the only thing being vomited all over the internet.

Because we live in such a vast, interconnected world with many people of varying opinions, we get to hear those opinions — whether we want to or not. Anytime a popular movie comes out, one can go to Twitter and hear every opinion from those who loved it to those who hated it to those who just went for the free popcorn. (You also get the occasional funny tweet.)

While this phenomenon isn’t contained to cinema, I think social media does us a great injustice in this respect. We aren’t going out to experience things ourselves; rather, we read reviews and watch videos of the things we haven’t seen and make judgments based on that. Have you ever decided not to see a movie when you saw it got bad reviews? Maybe talked smack about a movie you hadn’t seen just because a friend didn’t like it? And I know we’ve all done this: complained about something popular even though we hadn’t tried it ourselves? That’s just how our ultra-social world (or ultra-anti-social, depending on how you look at it) runs now.

I love following celebrities on social media. They live similar lives to me (minus the fact that I’m not taking a vacation to the Caribbean every few months), so it feels a bit like connecting with them. While it’s not healthy to invest too much in these faux connections (as we’ve just gone over), it is fun to see what’s happening.

But then we have actors and actresses tweeting and posting from their movie sets, featuring special appearances by costars and writers and other cast and crew. Sure, it’s great to see what’s going on, but sometimes it ruins the magic. As much as I enjoy seeing behind the scenes, I didn’t want to see them until after I’d seen the movie. Now every time I see your character fly through the air all I can think of is you in a motion capture suit in front of a green screen.

Not to mention it can lead to disastrous consequences. Think about Tom Holland and how close he’s come to revealing things over social media. I’m not saying actors and actresses aren’t responsible enough to monitor what they post, but I am saying it could happen. I don’t want the magic spoiled for me before I even have a chance to see a preview.

Things I Do Want to Know About

At this point, you’re probably thinking to yourself: “Wow, she really just wants to be kept in the dark about upcoming movies. Does she even watch previews?” To be honest, I am being a little harsh on movies right now and a lot of that could just be my frustration with how I think upcoming movies will play out (it’s seriously hard not to judge a movie you haven’t seen).

So, in an effort to seem a tad less grumpy, let me tell you the things that I don’t mind seeing about upcoming movies:

That’s it. No more. No less. I don’t want to know about the actors’ quirky stories until after the movie when they will make more sense and actually be funny to the rest of us. I don’t want to know exactly where the filming is taking place because then I’ll start making assumptions. Don’t even tell me what the actor or actress ate for breakfast that morning on the off chance that they’re an extreme method actor taking on the role of their character.

Another thing, don’t tell me about all the problems in production or fights on set. That’s a surefire way to ruin a movie before it even hits editing.

And no, I don’t want to hear about how intensely emotional some of your lines were, Tom Hanks. As much as I love you, you and I both know Toy Story should have ended with the third installment.

So, looking ahead at Psych the Movie 2 and Avengers: Endgame, I guess I just need to have patience and try not to judge from a quick sneak peek. I suggest that the rest of you do the same.

The point is, just take the advice that your mother or your teacher or whoever gave you when you were a child: don’t judge a book by its cover. While impossible to avoid production information about your favorite movies, it is possible to adjust your attitude to this information. Try not to let it spoil your experience. Savor your experience watching a film because it is purely your experience. Don’t let anyone else define it for you.

Thank you for reading! What are your thoughts on judging movies you haven’t seen or haven’t been released? What movies are you trying not to judge or have already judged? Comment down below!

Great article. Wow. I am guilty of this. Stop it, R.D!

Haha hey we all do it right?

Here’s an argument for why you should not judge a movie before you’ve seen it:

In case of the Psych movie, you’re not even forming an opinion based on a poster or sneak peak or behind the scenes information. I have never heard anyone say a movie can’t be good because it was made in three weeks, which is actually standard for small TV productions like this. Hell, some big screen movies shoot in barely more than three weeks (Get Out took 23 days, Moonlight 25).

Just because Disney and other big shots have the money to spend months shooting (and reshooting) one project doesn’t mean tiny cable TV shows get afforded the same luxury, and that doesn’t reflect at all on the time and effort put into them (pre-production on the new Psych movie started over a year ago). Not every show can be Game of Thrones and shoot a single battle sequence over the span of two months.

Great post! I agree with you on the production problems’ news, although I always find those entertaining…

As for Toy story: for me the 3rd one is the best, so maybe they can continue to increase the quality with the 4th one?