A Fool’s Dream: Celebrating Wes Craven’s ‘The People Under the Stairs’

A Wes Craven joint that doesn't get nearly enough love. 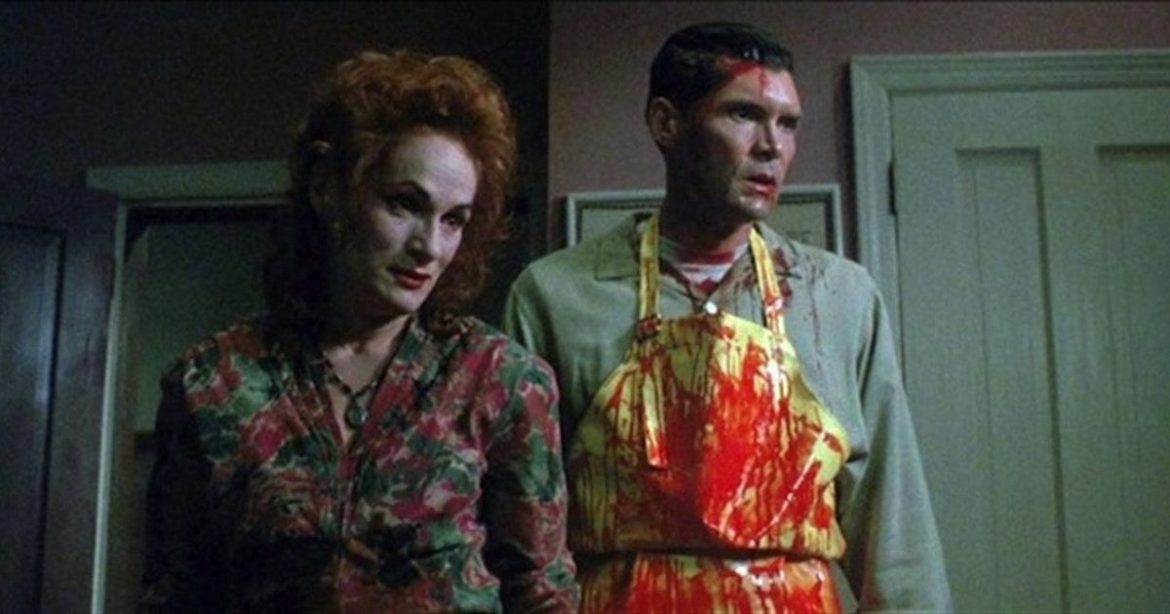 Thirty years ago we were treated to Wes Craven’s deliriously entertaining socially-conscious horror roller coaster, The People Under the Stairs. When we talk about Craven’s oeuvre, the usual suspects are mentioned: the exploitation classic, The Last House on the Left; the fantastical slasher where murders transpire in the dreamscape, A Nightmare on Elm Street; and finally, the 90’s meta-fictional deconstruction of the slasher genre, Scream — as well as its subsequent lesser sequels.

There are also titles that are criminally underrated, such as The Serpent and the Rainbow and New Nightmare. Even the lesser titles are worth seeing, such as Shocker and the tender, Music of the Heart — a film that proved Craven could tackle stories of a more sentimental nature, deprived of any bloodshed.

Craven’s filmography was also fraught with studio interference. Even A Nightmare on Elm Street, which is a near-perfect film, suffers from a lackluster jump-scare finale, due to producer Bob Shaye’s insistence. Craven’s original vision of Deadly Friend was a family-friendly, science fiction thriller, but the studio forced him to add copious amounts of gore, ruining what could otherwise have been a sweet little movie.

Most infamously, there is 2005’s Cursed. Normally the notion of a werewolf wolf film helmed by Craven is something to be excited about. Unfortunately, in a complete reversal from the studio interference behind Deadly Friend, the studio (including the notoriously monstrous Weinstein brothers) forced drastic cuts, taking out the gore and turning the film into compromised PG-13 fluff. To add insult to injury, they also replaced Rick Baker’s practical effects, the guy behind the incredible special effects from An American Werewolf in London, with CGI nonsense.

Cursed is one of those films whose potential is rightfully mourned by horror aficionados — not to mention Craven himself. It truly could have been something special.

Fortunately, The People Under the Stairs received relatively little studio inference. It’s a jewel of Craven’s filmography. A strange film, both funny, creepy, and even at times, heartfelt.

It’s also at times quite an angry film. Though the film was inspired by a real-life event — in which the police, reacting to a burglar report, accidentally stumbled onto a room in which the owners had locked up their children and were never allowed to come out — it’s also Craven’s tirade against Reaganomics, and the exploitation of the lower class.

The eighties saw a transformation of the American zeitgeist. Fervent loyalists to Ayn Rand’s Objectivist philosophy would run the government. Let the yuppies do their things, reduce governmental regulations. Things become more equal if people just followed their natural self-interests. Eventually, if you let these people make enough, it will trickle down to the rest of us.

Obviously, this didn’t happen. The result was tragically predictable; the rich got richer, the poor got screwed over. The 2008 economic crisis was partly a consequence of this flawed philosophy, which is still to this day, highly defended and presented as something virtuous.

Craven saw this and turned his objection into a delightful horror fable. Sometimes the rich eat the poor, though most of the time, they generate a system where the poor are too busy eating each other. In The People Under the Stairs, we witness such a system of exploitation and oppression.

The monsters in this story, are two sibling landlords called the Robeson’s (modeled unsurprisingly after Ronald and Nancy Reagan), owners of several poorly maintained apartment buildings in a rough Los Angeles neighborhood. Despite the poor situation of the tenants, the landlords reap the benefits, jacking up prices and kicking out any tenants who stand in their way.

Inside their fortified house, they have locked up children in their basement. These children were either kidnapped or the result of the landlords’ incestuous affair. If these children misbehaved they were thrown down in the basement. Sometimes these children were mutilated when defying them, other times they were killed. It’s clear that these landlords murder anyone who discovers what goes on in their horrific household. When it comes to feeding the people under the stairs, the Robeson’s will give them the corpse of one of their victims — let the poor be too busy eating each other.

The hero of the story is a boy nicknamed ‘Fool’, a tenant on the verge of being evicted. Wanting to save his ailing mother, he reluctantly joins two people in a robbery plot involving the Robesons’ household. Things naturally don’t go as planned. Fool becomes the lone survivor and finds himself stuck inside the house, filled with boobytraps, ravenous dogs, and a horde of cannibals.

Besides its examination of class struggle, the film is also a noteworthy item of a horror dealing with the Black experience. The Robesons, two wealthy whites are also agents of gentrification, kicking out Black tenants if a developer gives them a good enough deal.

The nineties were a good time for Black-themed horror films, as it also gave us classics like Candyman and Tales from the Hood. TPUTS rightfully deserves to be among them.

Currently, we are seeing a rise in horror films exploring the Black experience. This was undoubtedly the result of the critical and financial success of Jordan Peele’s Get Out — on that note, Peele is apparently producing a remake of The People Under the Stairs.

But unlike Peele’s films, other horror films with such themes were somewhat letdown by its heavy-handed approach.  Examples include 2020’s Antebellum and even this year’s Candyman reboot/sequel. While the latter certainly deserves praise, its proselyting does impede the overall narrative.

This doesn’t mean TPUTS is subtle, it’s certainly not. But it doesn’t suffer from this sense of importance that other filmmakers, wanting to combine genre filmmaking with social commentary, seem to force into their films. Craven knows that despite its lofty themes, it’s still a goofy horror film at heart.

This is something to be remembered: TPUTS is an incredibly fun film. It’s action-packed, fast-paced, and filled with goofy moments that might turn off some viewers, though I can’t help but love them — one of the highlights being the ‘electrocution scene’.

The aforementioned villains, played by Wendy Robie and Everett McGill, who earlier played a dysfunctional couple in Twin Peaks, can be both threatening as well as hilariously over the top. When you see one of the main villains suddenly walking around in a gimp outfit, you know you’re not supposed to take this film all too seriously.

Brandon Quintin Adams as Fool, also makes for a likable lead. While Adams still continues to have a steady career to this day, this film does make you wonder why he didn’t hit it bigger — perhaps we will see him get a cameo in the remake.

There’s also a young Sean Whalen playing Roach, another boy trapped in the house who had his tongue cut off by the Robesons for speaking out against them. Roach hides within the walls of the house and manages to save Fool’s life, but in the process loses his own. For all the film’s silliness, the film can also be genuinely heartfelt. Characters’ deaths aren’t brushed over. When Roach dies, the sadness is palpable.

The People Under the Stairs is smart, thrilling, and still relevant (and will likely always be relevant). It works as a piece of cinematic social commentary, just as much as it works as a piece of genre entertainment. The film ends on a hopeful note, with the people under the stairs rising up and freeing themselves from their oppressors. An explosion happens, leading to the Robesons loot (money earned from their overpriced rent) raining down on the disenfranchised.

It’s clear then that for all the horror portrayed in TPUTS, real-life is still far more frightening. TPUTS might show cannibalism, but the evils of trickle-down economics have destroyed and indirectly, took the lives of countless more.

The People Under the Stairs is a Fool’s dream. It’s wish fulfillment for the deliverance of an evil that has been plaguing the American landscape. We are the people under the stairs. How we long to be released.

Thank you for reading! What are your thoughts on The People Under the Stairs? Comment down below!

I loved this film as a teen, I even had the poster. I’m intrigued by the remake because you could have a very different beast if you had a consistent tone throughout in either direction. As you say, there are some great sincere, grounded bits amongst the lurid craziness.

I don’t think a remake is necessary but if it looks good, I’d certainly give it a watch. I’m afraid however, that if they turn it into a straight horror film, that it will take away some of its charm. TPUTS delivers its political critique without the feeling that you’re being preached to- as many modern socially conscious horror films tends to do. Anyway, thanks for commenting :)