Despite its sinister title, 'Malignant' is a bone-crunching, head-bashing, slicing good time. 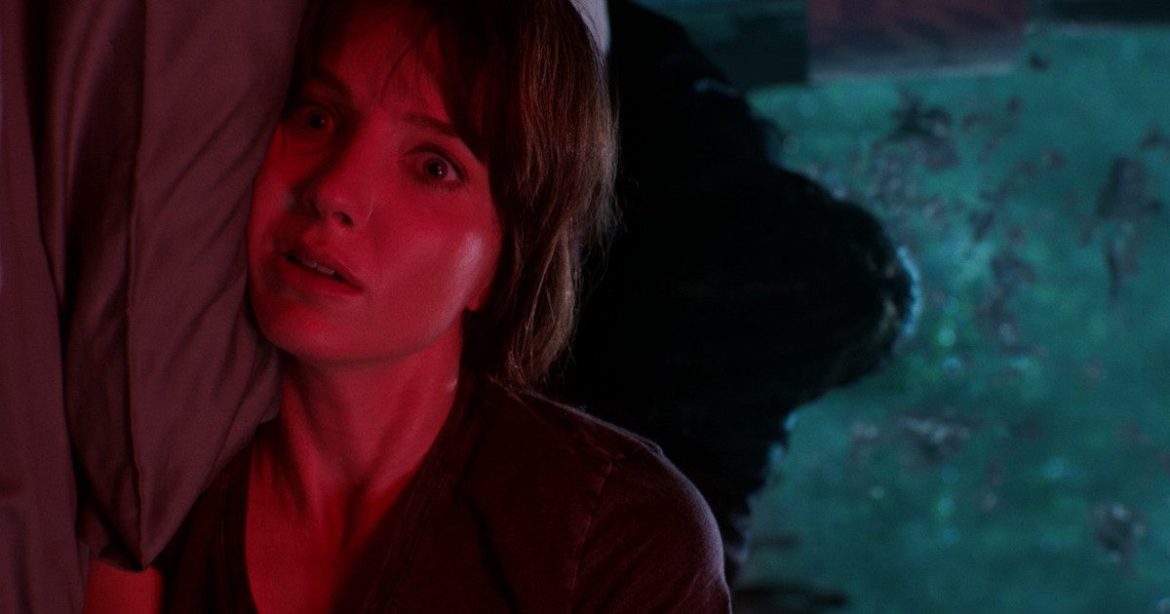 Horror cinema has frequently been misunderstood and dismissed by haughty cineastes. From the multitude of slasher clones and their countless cheaply made sequels, the genre has always been an easy mark for pretentious snobbery.

If you’re a fan of Roger Ebert, you know his contemptuous opinion about the genre. But this is still observable in current film journalism. In a recent review for the upcoming Halloween Kills, the well-paid reviewer made the bold and highly inaccurate statement that the original Halloween was actually a clone of The Texas Chainsaw Massacre. This review wasn’t just written by some blogger, this came from someone writing for a huge entertainment magazine. The rich history of the Halloween franchise, of the slasher genre in general, was outright ignored.

As a horror buff myself, I’ve always been a staunch defender, and quite forgiving to many of its more garish examples. Admittedly, not everyone can appreciate the genre’s sillier pleasures — such as practical gore effects.

In recent years, we’ve seen a rise in more sophisticated horror cinema. Instead of just relegating the genre to a monster or killer running amok, it was used to examine the horror within. The dark forces plotting against the central characters,  whether it be supernatural or crazed humans, were manifestations of their inner conflicts; a battle as much for their lives as for their sanity. You can see this in The Babadook, His House, Relic, and the most recent example, The Night House.

These films might be rich in either jump scares and/or ghoulish visages, but there is so much more to them. These are not just mindless spookfests to consume and forget about instantly. These films will stay with you, even haunt you. These are smart, unrelenting character dramas.

But Malignant is NOT one of those films. Oh no, no. Malignant isn’t going to make you think, in fact, it helps if you don’t ponder the many bizarre illogicalities portrayed on screen. If you do that, the whole thing can easily fall apart. Yes, Malignant is pretty stupid. It’s not the ‘thinking man’s horror film’. But, it’s stupid in the best way the horror genre can be.

It’s best to watch the film without knowing anything — the trailer also spoils an important death scene. In the opening, we see some sort of mental hospital, where some creature is wreaking havoc, killing many of the staff members. They manage to subdue this creature and the head doctor notes that it’s time to “cut out this cancer”.

Cue years later and we are introduced to Madison (Annabelle Wallis), who’s stuck in an abusive relationship with Derek (Jake Abel). An argument leads to Derek pushing Madison against the wall, which causes a bloody bump on the back of her head. In turn, she locks herself away in the bedroom. At night, a malevolent creature called Gabriel (Ray Chase) enters the apartment and from then on, things get spooky.

I won’t spoil much more, just in case you haven’t seen it. Go in blind and embrace the insanity on display.

I’m rather apathetic when it comes to James Wan’s directorial efforts. As the director who headlined several profitable horror franchises, none of them have made much of an impression on me. I’ve enjoyed Saw as well as many of its moronic sequels, especially when I was younger, but its appeal has waned over the years. Now I enjoy them in a much more cynical fashion. I guess you could call it a guilty pleasure.

I’m much less enthused about his other franchises. The Insidious movies, though certainly technically strong, when it comes to the vigorous camerawork and stylish visuals, lack any sort of thematic depth. It feels like a shallow haunted house affair. The Conjuring movies are interchangeable in that regard, though I also take issue with the subject material — I don’t like any film that mythologizes charlatans like Lorraine and Ed Warren.

In both cases, they are safe, commercially appealing, inoffensive horror films, with a sanitized PG-13 rating to boot. There’s no edge to them, nothing to startle the establishment.

This is what makes Malignant much more interesting. It’s still a shallow chiller, but it feels unhinged, less contained and marketable. Not only that, the horror isn’t contained this time by a PG-13 rating. Nope, this is a hard-R and James Wan goes absolutely buck wild with the gore.

The outlandishness of the finished project will certainly alienate some viewers. But for me, this is probably James Wan’s best film.

As many have noted, the film also feels like a throwback, a love letter to Giallo cinema. A few instances of evocative color uses are clearly inspired by the likes of Dario Argento’s Suspiria. Just like your average Giallo slasher, Gabriel dons black leather gloves. 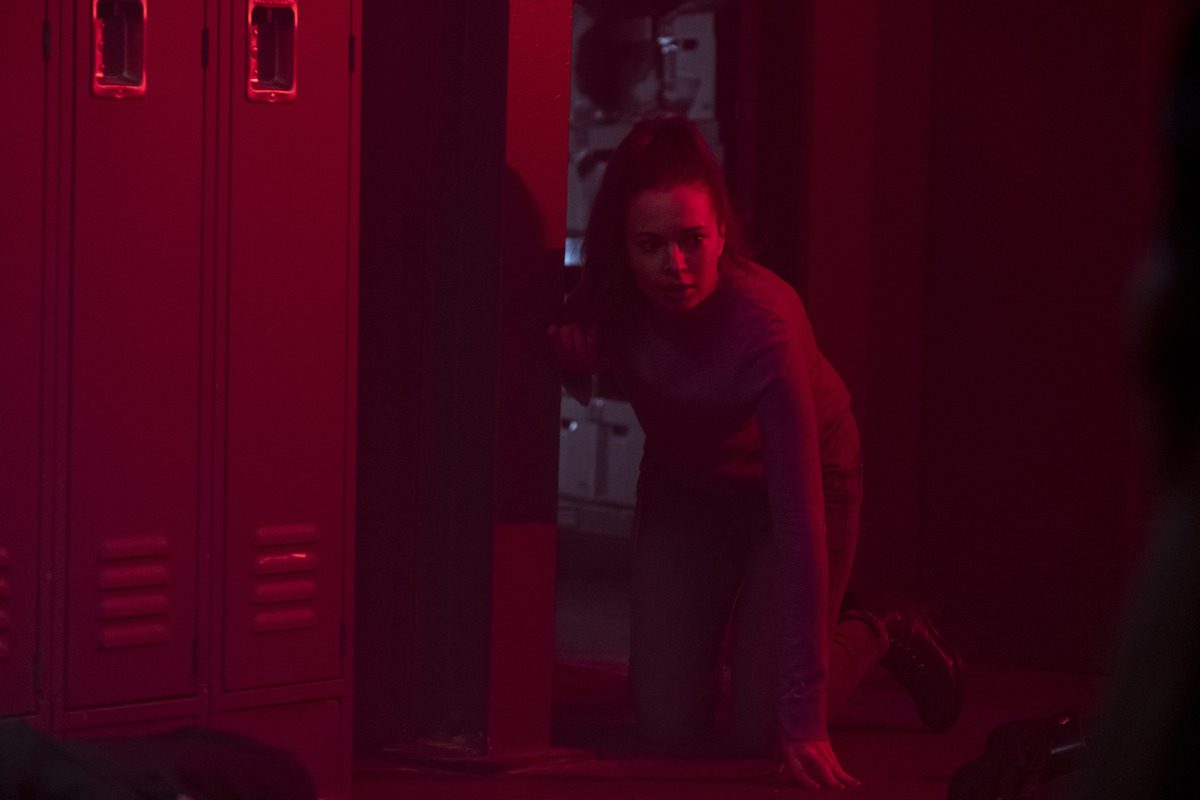 But I was also reminded of the shameless, surprisingly high-budgeted schlock released in the late nineties, films such as House on Haunted Hill.

The third act has an insane revelation that has to be seen to be believed. Seriously, when it happens (and you will know when), the film almost resembles a high-budgeted Frank Henenlotter film — though it naturally lacks the necessary self-awareness.

Admittedly, it’s not very scary. If you’re a veteran of the horror genre, nothing this film will show you will faze you. But to me, the horror genre isn’t always necessarily about scares. Sometimes it’s just about having a good time.

The soundtrack by Joseph Bishara, with the occasional pleasant synth note, is delightfully bombastic. Many horror films now just aim to create a dreary atmosphere, but Malignant is operatic with its use of music — the highlight being the rocking opening credits song and a tune that resembles a creepy rendition of The Pixies, “Where is My Mind”.

The script has many problems. Everything seems dumbed down for the most intellectually impaired audience member. Every obvious revelation is repeated by characters superfluously, as if the screenwriter was worried we wouldn’t get it. This happened so many times in the movie that it veered dangerously close to condescension. The remainder of the dialogue consists of inane expository drivel or is completely forgettable.

Characters make incredibly stupid decisions, extending far beyond any suspension of disbelief. The character arc of its main heroine, Madison, isn’t fleshed out and is basically an afterthought. Her being a victim of domestic abuse could have been an interesting angle, but it’s completely squandered.

On that note, I also find its treatment of the subject of domestic abuse highly questionable. It basically feels like a tool to move the plot forward. She could have tripped and bumped her head against the kitchen cabinet and it might have had the same effect.

To delve into the plot holes means going into spoilers, but I can assure you, there are many. Nitpickers would probably have an aneurysm watching Malignant.

Besides Annabelle Wallis, who does a fine job with the material, the acting ranges from serviceable to amateurish, to one note, to bafflingly bad. The worst offender of the bunch is without a doubt, George Young who plays detective Kekoa Shaw. It’s been a long time since I’ve witnessed an actor with so little charisma and so few facial expressions. I would call it a wooden performance, but that would do a disservice to all the reliable wooden actors out there.

The horror sequences are stylishly presented and whenever Wan is doing his thing, it’s superbly entertaining. The film plays neatly with your expectations, making you think something is going to happen, and then it doesn’t, and vice versa. But almost any scene outside of them causes a nullifying lull in the pacing. The script problems became painfully apparent and you’re just waiting for Gabriel to save the day.

Finally, there’s the subpar CGI. The Gabriel creature is sometimes impressibly rendered but other times, especially during one particular chase scene, the digital seams are painfully noticeable. Considering the athleticism involved, it’s excusable, but distracting nonetheless.

It has to be noted that whenever Ray Chase is on screen playing Gabriel, the result is neatly effective. Gabriel in general is an interesting villain even though his strength and abilities are highly inconsistent — one time he slices himself out of trouble with ease, another time, he has trouble fighting just one cop.

But it’s easy to forgive Malignant‘s many flaws, especially during the third act. For fans of the genre, you’ll likely be completely satisfied once the credit rolls. It’s a gloriously bonkers, ridiculously entertaining ride. It’s not highbrow art, but so be it. It’s only for those enlightened ones who can enjoy a nice piece of mind-numbing schlock.

Thank you for reading! What are your thoughts on Malignant? Comment down below!

Thank you. Much appreciated.

‘Halloween Kills’: More of the Night He Came...