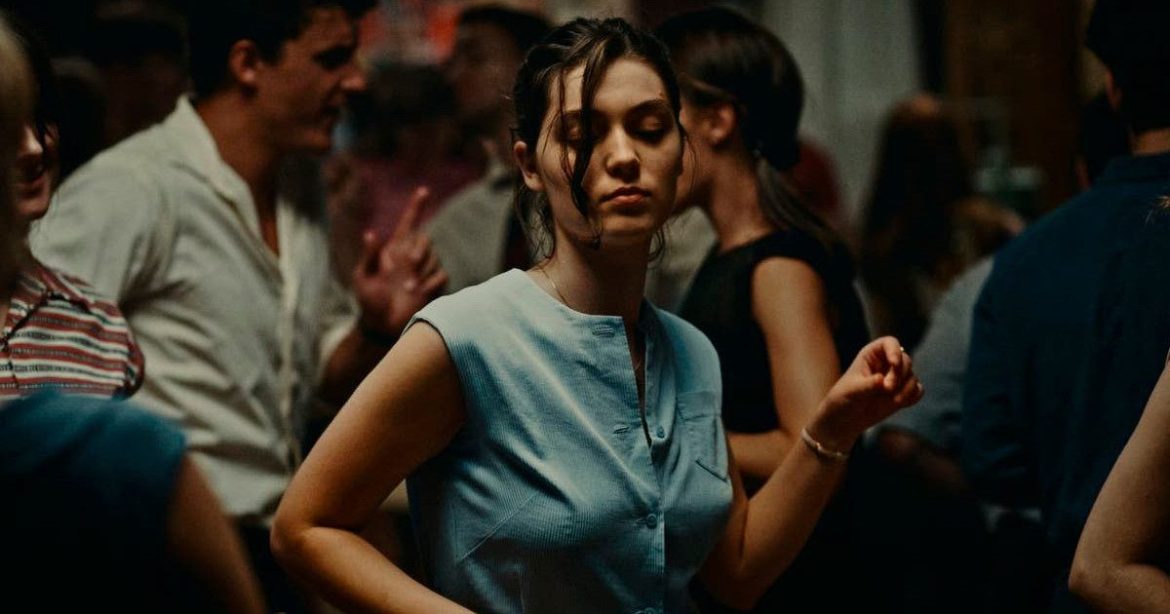 Adapted from author Annie Ernaux’s quasi-memoir of the same title, and having instantly propelled itself into a modern canon of films about the stark realities of abortion — among them being Cristian Mungiu’s 4 Months, 3 Weeks, and 2 Days and Eliza Hittman’s Never Rarely Sometimes Always — with its Golden Lion win at Venice last year, Audrey Diwan’s Happening is a harrowing, pertinent reflection of both a past and present without abortion rights that avoids exploitation while still remaining raw, honest, and bleak. Elegantly toeing the line between oppressive despair and intimately human compassion, it’s a film that understands fully well both the dangers that threaten women’s lives when no laws are put in place to protect reproductive rights, and the unfortunately continued relevance of their absence in a modern world where they are still being constantly denied to women to this day. And by framing all this through the deeply specific narrative of one woman’s struggle to obtain an illegal abortion in 1960s France, it finds both universality and solidarity in the ever-continuing fight for abortion rights that is, at the time of writing, in far more danger than it’s ever been before.

Originally written by Ernaux in her novel as a surrogate character for her own experiences, Anne (Anamaria Vartolomei) is a model student in university, breezing through literary analyses of poetry during lectures and widely recognized by her friends and professors as one of the best in their class. Months before the university’s exams are set to take place, however, Anne discovers that she’s pregnant — three weeks in, as the on-screen titles that emerge inform us, and which will eventually reemerge every few moments to effectively serve as an ominous, threatening countdown clock for the progression of Anne’s pregnancy.

Diwan ensures that the realization of what Anne’s pregnancy entails is almost instantaneous — an instant death knell for her foreseeable academic future if it fully comes to term. Having come face to face with the total undoing of everything she’s built up over the years, Anne searches for a solution in every corner where she can find one, yet comes directly in contact with the apathy her peers and acquaintances have towards even the idea of terminating the pregnancy. Her most immediate request is directed towards her doctor — “Do something.” — who instantly rebuffs her, saying that the law’s draconian punishment of abortion (a word that is never once uttered throughout this film) is nowhere near worth the risk.

Happening‘s first half is framed as a series of escalating bouts of rejection, each of which continually racket up the simmering dread Anne faces before she finally hits complete isolation. Four weeks into her pregnancy, she seeks out another doctor, who prescribes to her a syringe that he claims will restart her menstruation, but to dubiously intangible results. Five weeks in, her friends explicitly denounce pregnancy as “the end of the world,” and abortion as a process so taboo they dare not name it themselves. Anne later seeks help from a peer named Jean (Kacey Mottet Klein), who seemingly knows several girls who’ve been through similar experiences, but she furiously leaves when he makes sexual advances on her, claiming that there’s no risk since she’s already pregnant. By the time Anne is seven weeks into her pregnancy, she silently comes to the devastating realization that she’s completely on her own, all while her grades in class begin plummeting and her physical health only further deteriorates. The solutions she seeks from here on out only become far more desperate and perilous — a conclusion that sadly feels justified by how the story depicts the widespread apathy Anne faces at every turn with airtight efficiency.

Diwan’s modus operandi in this film is about immersing the audience into Anne’s perspective using a near-first-person point of view — an effect created by cinematographer Laurent Tangy’s shallow depth-of-field, handheld 4:3 cinematography, which balances suffocating claustrophobia with a kind of soft intimacy and sparing use of saturated colors. Supporting characters are often seen just out of focus, and Tangy’s fluidly moving camera almost always includes Anne in the frame even when she’s not the immediate focus of a given scene or moment, constantly grounding us in what she witnesses and experiences. Visually, those techniques are also merged with production design that seems to deliberately obfuscate the film’s early-1960s setting — it’s only in smaller details like the nearby hospital’s lack of an ultrasound machine, the specific alt-rock needle drops at parties, or Anne’s birthday being in 1940 that the audience can fully pick up on the film’s era, but outside of that, the world Anne inhabits looks and feels so contemporary that it subconsciously blears together both past and present.

It goes without saying that Anne is this narrative’s anchor, and Anamaria Vartolomei imbues in her a brand of silent, persistent resilience all throughout her dangerous search for help — yet she never once makes Anne come off as a total stoic, either, as there are heartbreaking moments of quiet vulnerability and isolation that Vartolomei executes to shattering emotional effect. It’s a role that demands a significant amount of courage; even as Anne’s solutions evaporate one by one, she never once stops picking herself back up to find the next possibility, even as they become increasingly dangerous to her well-being and, as the film barrels towards its conclusion, her life itself. That determination — that refusal to break under pressure — is what Vartolomei seems to comprehend so well about the character, and it’s what makes Anne’s nigh-Sisyphean struggle to regain her hard-won future by getting an abortion through whatever means necessary so believable yet so devastating. And as Diwan brings Happening to a shocking fever pitch in its rattling final fifteen minutes, every element of that struggle culminates in an unforgettably raw manner that never lets go of its heightening suspense even in the seconds before it dramatically ends.

It seems all too right that Sundance premiered Happening on the night of January 22nd — the 49th anniversary of Roe v. Wade’s legislation, and also quite possibly its last. The majority conservative members of the U.S. Supreme Court have made clear time and time again their desire to overturn Roe v. Wade and exterminate abortion rights from the Constitution in the months leading up to their eventual decision this June: a colossally dangerous threat that has hung over the entire country like a looming shadow. It is, with that in mind, genuinely horrifying that a film about abortion in the 1960s still feels so pertinent and so current. It is all the more horrifying to then take a single glance at the already bleak state of abortion rights in the United States today and realize that, at the time of this review’s writing, we are closer than we have ever been to regressing even further by decades in a single fell swoop. And Happening is one of the most potent cinematic reminders in recent memory of what this regression will bring for millions of women — the sexist contempt it originates from, the systemic apathy it will generate, and the myriad of life-threatening dangers it will ultimately create.

Thank you for reading! What are your thoughts on Happening? Comment down below!