Let me tell you a couple of three things... 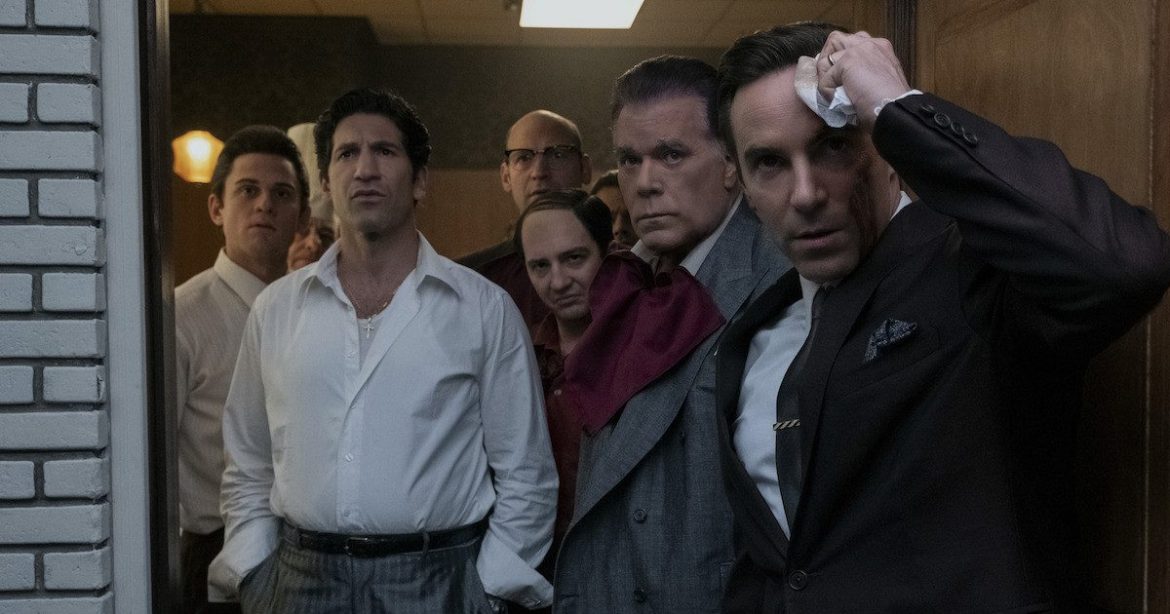 Due to the pandemic, a lot of people have ventured into the streaming abyss, picking up on shows they’ve never finished or starting shows that have been on their radar for quite some time. One show, in particular, has seen a resurgence of popularity: HBO’s, one and only, The Sopranos.

The Sopranos is more than just a crime show. It’s a satire of the American dream, a character study, a family drama, an existential head trip. It’s occasionally hilarious, other times macabre. It’s a merciless, pitch-black depiction of the human condition.

On a personal note, I’ve watched the show from beginning to end untold times. All its six glorious seasons are permanently imprinted in my psyche. I can quote the show and do so on multiple occasions. I’m one of those fans who’ve read the infamous essay on the Sopranos ending. In my mind, when it comes to television, nothing tops The Sopranos.

The announcement of a Sopranos movie came with a lot of hype. The fact that it was going to be a prequel, not a continuation, meant that the film could possibly answer the show’s fabled mysteries or portray past events only talked about in the show. Those familiar with The Sopranos lore would speculate tirelessly about the film’s content.

When it was announced that Michael Gandolfini would portray the childhood version of the character his late great father had made famous, it felt right. Michael had already proven his thespian mettle in a previous HBO show, The Deuce. There was also something touching about Michael taking over the role of his father, one of the greatest actors of television history, a man who was taken away from us far too soon.

The screenplay would be co-written by original series creator, David Chase. This is similar to how the long-anticipated Deadwood movie, was also co-written by the series’ original creator, David Milch (the second in the great David’s of HBO, the third one being David Simon, creator of The Wire).

To my mind, how could anyone be worried about the film’s eventual quality?

The film tells the story of Dickie Moltisanti (Alessandro Nivola), the father of Christopher (Michael Imperioli), one of the main characters of The Sopranos. Dickie was never seen in the show, but his presence was felt throughout Christopher’s arc.

The film opens with Christopher’s narration, as he introduces us to his father and his uncle, Anthony, a person who would later become a father figure to him — note, that if you haven’t seen the show, the film does spoil something major. The film takes place in Newark, New Jersey in the late 1960s. We see how Dickie Moltisanti, a top earner of the DiMeo crime family, struggles with his conscience.

The continuing influx of Black people in Newark, and the institutional racism they are confronted with — not to mention the casual bouts of police brutality — would eventually lead to the infamous four-day Newark riots. Amid this riot, we see how small-time criminal Harold McBrayer (Leslie Odom Jr.), becomes increasingly disillusioned with the American experiment, especially when it comes to the treatment of the African-American populace.

While initially on friendly terms with Dickie and his associates, Harold eventually decides to take a stand and incites a war. Meanwhile, Dickie struggles with himself, wanting to be a good man and set a good example for his beloved nephew, while also being a competent gangster.

Watching The Many Saints of Newark as a devout Sopranos fan does make it admittedly hard to be objective about the film’s overall quality. On one hand, my expectations could be unreasonably high; on the other, my affection for the show might make me overly forgiving, even blind, to the prequel’s flaws.

I have done my best to be as objective as I can about the film’s merits. My experience was undoubtedly positive, though it falls short of being an instant gangster classic.

The film is abundant with endearing callbacks: Uncle Junior (Corey Stoll) mentions that a certain character lacks the necessary varsity athleticism; a fight between Johnny (John Bernthal) and Livia (Vera Farmiga) that ends in a gunshot, which was mentioned in the show, is hilariously recreated in the show; a feeble-minded character mentioned in the show but never seen, makes an appearance (played by David Chase himself); Junior’s idiosyncratic use of profanity (in reference to someone’s sister) whenever he falls on his back, is repeated here in wonderful winking fashion.

Fan-favorite characters feature in the show, though most of their screen time is limited. Billy Magnussen does an excellent job replicating the mannerisms of Paulie Walnuts. Bernthal is an ideal successor to Johnny Siravo as Johnny Soprano. The reliably excellent Corey Stoll gives us enough hints of Tony’s insecure uncle, the purveyor of most of the show’s comical moments.

Only John Magaro’s performance felt more like a cartoony impersonation of Silvio Dante than a fully-fledged performance; admittedly, Steven Van Zandt’s performance was larger than life, so perhaps this isn’t Magaro’s fault.

But it’s Vera Farmiga who stands out above the rest. It’s easy picturing this young Livia turning into the elderly Livia played by Nancy Marchand. Vera is already famous for playing the mother of another infamous character who first originated in cinema form and would later pop up on the small screen: Norman Bates. Here, she does it again.

A scene involving Livia and a school guidance counselor also gives us a rare glimpse of the warmth beneath Livia’s borderline personality. It’s a welcome addition to one of the show’s most black-hearted characters (and that’s saying something).

As for Michael Gandolfini, he imbues the young future crime boss perfectly. His father would be proud.

Some fans were disappointed we didn’t see more of Tony or his crew. A part of me understands this, yet another part of me thinks this complaint is ridiculous. It was very clear from the marketing that this film wasn’t about them, or even Tony. This film was always going to be about Dickie Moltisanti, the deconstruction of his legend. 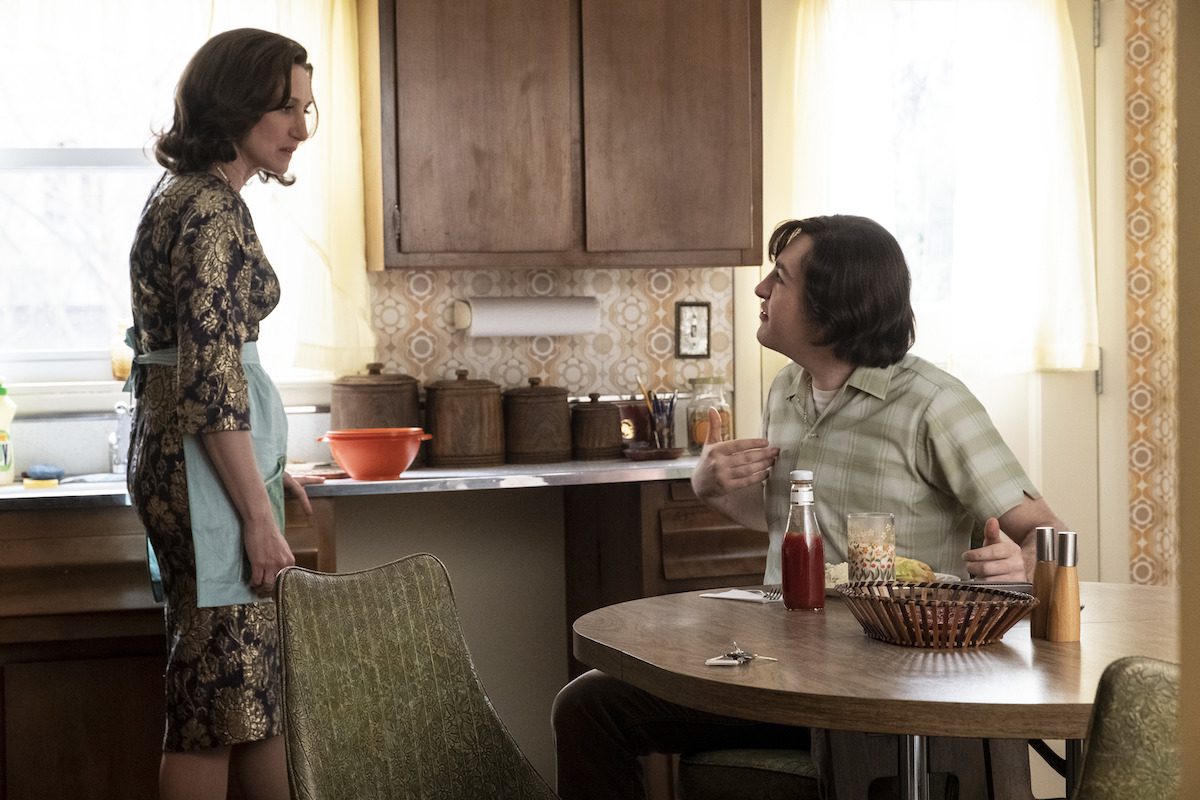 As a character, Dickie belongs perfectly in The Sopranos fold. A psychologically complex tough guy; prone to impulsive violence but a tender romantic at heart. The gangster who wants to thrive in the criminal underworld while trying to keep his conscience intact — the contradiction that can tear a man apart from the inside.

In a Rolling Stone interview, Chase mentioned how he felt that actor Alessandro Nivola was underrated. I’ve personally seen him only in supporting roles, but in The Many Saints of Newark, he proves himself to be an exceptional leading man. He has the presence, the charisma, and the looks. Nivola’s work makes you understand why people spoke so highly of Dickie Moltisanti and why he could be the source of mob legend.

But the film is about the real man behind the myth. The darker sides of Dickie are portrayed unsparingly. In true Sopranos fashion, nothing is romanticized. At times, Dickie shows himself to be a good man, other times we see him commit something unforgivable. People are who they are. Whether people can change and be redeemed, is a question the show, as well as this movie, struggles with.

At the same time, it’s hard not to feel that the ambition of the film would have been served with a longer runtime. The Many Saints of Newark only clocks in at about two hours. It feels simultaneously overstuffed and underdeveloped. An extra twenty to thirty minutes could have given the film some necessary breathing space.

There’s so much going on: the Newark riots; the friendship between Dickie and Harold; the radicalization of Harold; a love triangle; the central relationship between Dickie and Tony. You wish the film would just pause and take a breath. There’s not enough time to see these characters simply hang out. There’s not enough of the “little moments”, as Tony Soprano would say.

All of this would have been better served with a 5-8 episode miniseries. The first few episodes would develop Dickie and his fractured relationship with his father (played by Ray Liotta, who declined a role in The Sopranos but is now officially part of The Sopranos universe), as well as his friendship with Harold. Another episode would develop Harold’s discontentment with the status quo and his plans to take over. Another episode would show how Dickie and Tony become inseparably close, etc.

That’s the virtue of a television series. In a twelve-episode season, you can stack episodes with character development rather than plot.

Overall, The Many Saints of Newark is a great companion piece to the show. It’s a perfect example of what a prequel should do. It adds something to the Sopranos lore. It doesn’t spoil anything with the answers it does give us — something Better Call Saul, partly a prequel to Breaking Bad, also did successfully by exploring Mike Ehrmantraut’s backstory.

I don’t think The Many Saints of Newark holds up as well for anyone who isn’t familiar with the show, or it certainly wouldn’t be as effective. But as a fan, I’m immensely grateful for being brought back into this world.

The ending leaves the door open for a possible sequel. I’m not sure if a sequel is needed. There’s a lot to explore, but we don’t need to be oversaturated with Sopranos content — like we have been with Star Wars, Star Trek, Marvel, etc.

But if David Chase would be involved again, maybe alongside writer Terence Winter, I’m certainly not going to miss it.

Thanks for reading, and listening! What are your thoughts on The Many Saints of Newark? Comment down below!

You liked it better than I did. But it did live up to the Soprano’s tradition of making bad people appear sympathetic. The main highlight for me was the scenes shot at Holsten’s, a place near where I live that I visit regularly. (Great ice cream and burgers.)

The Mysteries Continue in ‘Glass Onion: A Knives...